The past isn't prologue, not anymore, and the rivalry doesn't matter. The Red Sox are no longer a team burying ghosts, they are simply a team that wins.

A year ago, the post-beer-and-fried-chicken Red Sox, a roster which bore only a passing resemblance to the one which just won the 2013 World Series, spent October about as far away from the postseason as a team can get having gone 69-93. It wasn't Houston Astros "Abandon hope all ye who enter here" bad, but the road back wasn't exactly paved in well-lit yellow brick. A year later, having not only turned that record inside-out (and then some) and gone on to win the World Series, there's a strong argument to be made that the Red Sox could simply take the 2014 season off having nothing left to play for, nothing else to prove.

With three championships this century, the Curse of the Bambino is not just broken but obliterated. As with the Cubs and their literal scapegoat, the Curse was always a sorry excuse to hide the committed incompetence of an ownership which prioritized (among other things) primitive racialist politics and the pursuit of a bigger ballpark over winning. The present-day Red Sox organization has gone so far beyond that now that we can only hope that whatever lily-white Hell in which Tom Yawkey dwells has its television sets riveted to Fox so as to say reproachfully, "All this could have been yours if you hadn't been such a bibulous bigot." (Aw, who are we kidding? The TVs in hell get nothing but Fox.)

But let's not lose sight of the forest for the haunted trees: The modern-day Red Sox are both lucky and good. Having endured a 7-20 record in September 2011, which proved to have been merely the overture to 2012's collapse, the team's first last-place finish since 1992 and its first 90-loss season since 1966, having deacquisitioned expensive, ill-fitting parts like Adrian Gonzalez and Carl Crawford, general manager Ben Cherington and pals needed to bridge the gap between what was left and the arrival of the first of their huge pile of prospects. They signed a bushel of midlist free agents and somehow what they got gelled with what they had to produce a champion.

The Red Sox are World Series champions at Over the Monster

As good as the Red Sox are, as smart as their management is, you wouldn't get the same results out of that recipe if you tried a hundred times. It's a one-time deal that required all the right elements to come together in perfect combination. Were Cherington and pals to try it again, they'd be as foolish as George Steinbrenner spending nearly 20 years and millions of dollars trying to put together a second version of his 1976-1981 mini-dynasty. It turned out you couldn't do that again either, buy a winner off the shelf, never mind one that collectively had the mindset that it would win just to spite its hectoring, hypercritical owner. Players like Graig Nettles and Thurman Munson somehow thrived under that kind of pressure. Later teams simply wilted; when Steinbrenner made his "Mr. May" speech about Dave Winfield and the 1985 team, the Yankees dropped nine out of 10 games.

The Red Sox won't have to do that. Back in September, I wondered if the Red Sox have the greatest farm system of all time.  Jackie Bradley, Jr., Xander Bogaerts, and Brandon Workman have just arrived. Garin Cecchini, Mookie Betts, Henry Owens, Matt Barnes, Christian Vazquez and more will be here in short order. With many key players about to reach free agency, this version of the Red Sox roster may be one-and-done, but the Red Sox franchise is likely to be cock of the walk in the AL East for some time to come. 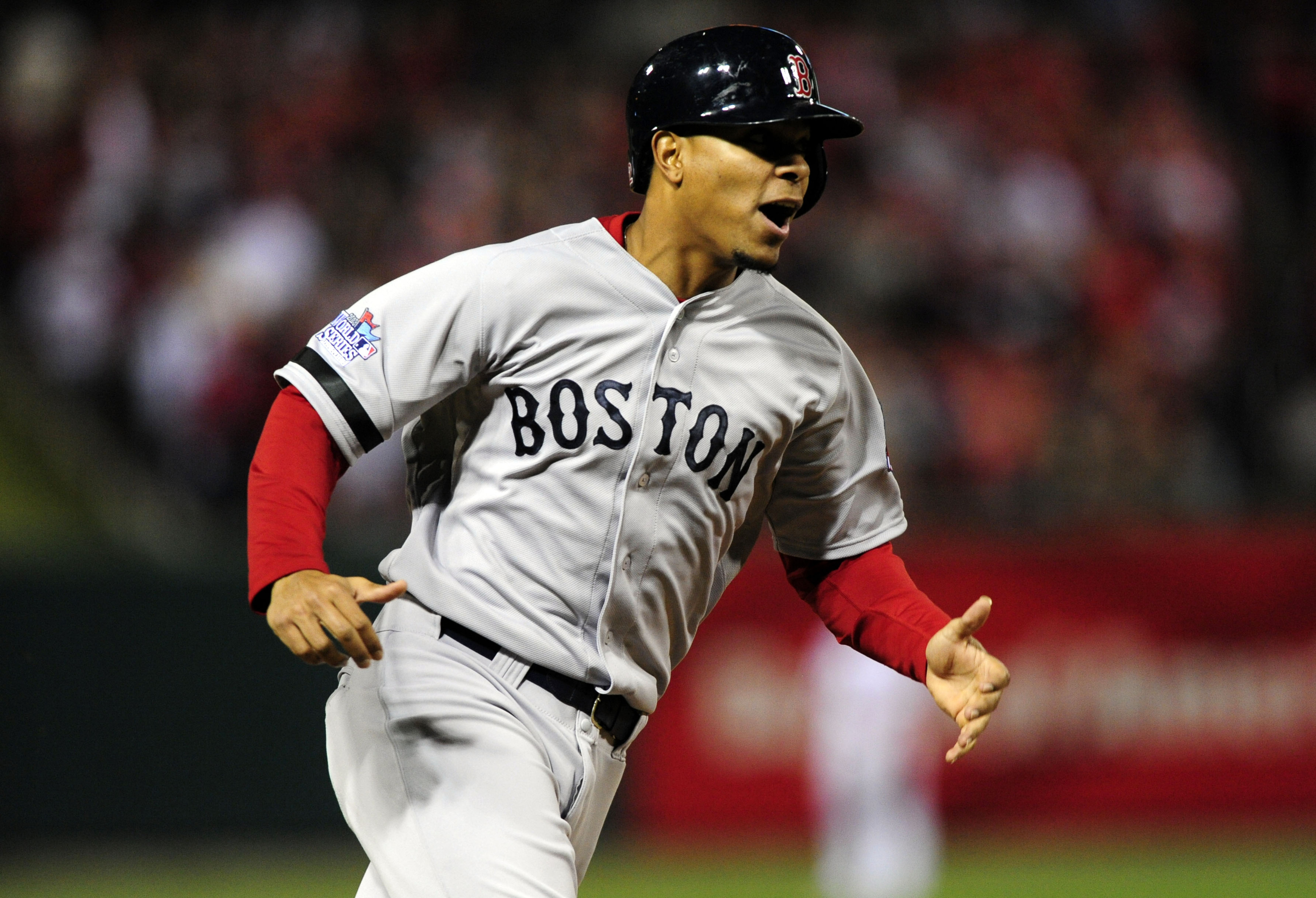 The same can be said of the National League-champion St. Louis Cardinals. One of the best-run teams in baseball, the Cardinals have a boatload of 95-100 mph arms that are just embarking on their major league careers and top prospects like Oscar Taveras and Kolten Wong who (ill-timed pickoff aside) will soon be helping to perpetuate this team's winning run.

The Red Sox now head into an offseason which will require them to make tough calls (no doubt many already decided) with regards to Mike Napoli, Stephen Drew, Jacoby Ellsbury, and Jarrod Saltalamacchia. Some will be given qualifying offers and might possibly return; others will be allowed to move on. Even if replaced by the aforementioned products of the farm system, they will undoubtedly be missed. The Sox will reload as they did after 2004 and 2007. Maybe it will be a few years before we see them here again. Maybe, dynasty-like, they will be in the exact same place a year from now.

One thing is certain: To the extent that the status of the rivalry with the Yankees serves as a barometer of Boston's mood, New York's dominance is so 20th century. In this millennia, the Red Sox are up three championships to one, and right now, at 12:01 am on October 31, 2013, they have a far more plausible line on trophy No. 4 than their rivals to the south, who are presently mulling what to do if Alex Rodriguez loses his suspension appeal, or worse, what to do if he wins it, while simultaneously enjoying the security of having Vernon Wells, Alfonso Soriano, and Ichiro Suzuki as locked-up, ironclad certainties for next year's roster.

Johnny Pesky's No. 6 being added to the list of retired numbers at Fenway Park. (Getty Images)

Put the rivalry to one side, though. As the Red Sox pile on more championships and put more distance between what they are now and what they were as recently as the dark days of Dan Duquette, when ownership acted as if this were a small-market team that needed to patch with Izzy Alcantara and Rudy Pemberton types (never mind the boozy, privileged evil of Yawkey, Pinky Higgins, and Joe Cronin), what other teams do will be less important. No more measuring your accomplishments against those of your sibling, no more telling yourself you still have something to prove just because the other guy exists - Boston and the Red Sox can glory in their successes for their own sake, and they are glorious indeed.

Pull back the camera. Forget Babe Ruth and Harry Frazee and Ted Williams spitting and Johnny Pesky holding the ball. Forget Don Buddin and Dick Stuart. Never mind Dwight Evans' concussion and Bucky Dent and Bill Buckner and Aaron (bleeping) Boone. None of it matters now. The Red Sox are not just champions, they are baseball's model franchise. At this point, the rest doesn't even deserve to be called prologue; it was another entity with the same name. There is only this moment, and all the moments like it yet to come. The Red Sox are no longer a team burying ghosts, they are simply a team that wins.

• Brisbee: Why the Red Sox winning should make you feel better about your team