Hudson has not thrown a pitch since late July after suffering a fractured ankle.

Atlanta Braves pitcher Tim Hudson believes that he will be back to full health by November, reports MLB Trade Rumors. 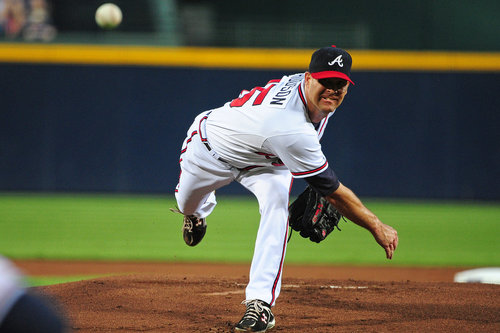 Cliff Corcoran looks at Hudson's credentials for a future Hall of Fame bid.

Hudson missed the rest of the 2013 season after suffering a fractured ankle in late July that required surgery to repair. Mets outfielder Eric Young Jr. accidentally stepped on Hudson's foot while the pitcher was covering first base. That ended what had been another nice year for Hudson: He posted a 3.97 ERA and 1.19 WHIP over 21 starts.

The 38-year-old is due to become a free agent at the end of the season and will be hoping to sign a major league deal with a team. He could be an excellent addition for a team that needs a starting pitcher but does not want to commit to a long term contract. Given his advanced age and the severity of the ankle injury, Hudson certainly won't receive more than three years and even that many would be unlikely.

Hudson has said he would like to come back with the Braves, but acknowledged they would need to have him go through tests to be sure his ankle will not be a problem in the future. Those tests couldn't be done until he is back to near 100 percent.

• Ladies’ night with the Astros: How not to market baseball to women