By chasing Joe Girardi, the Cubs are building up to an awful letdown

Sure, Joe Girardi is a good manager, but there's nothing about him that makes him a must-get for the Cubs. In fact, his experience may make him unsuitable for the position.

Share All sharing options for: By chasing Joe Girardi, the Cubs are building up to an awful letdown

Anytime a decision-making process is reduced to one dimension, "We have to do this," it's a recipe for making mistakes. Think about any trip you make to the car dealer: You may really need a car, you may really want the model they're selling, but if the price isn't right, your big weapon is your ability to walk away. Voices in and out of the media are insisting that the Cubs can't walk away from Joe Girardi, the once and possibly ongoing manager of the New York Yankees, but it's not clear why. In insisting the Cubs, heading into year 107 of their championship draught, acquire Girardi at all costs, they are setting themselves and the team up for a disappointment, for they've misunderstood a manager's impact and misrepresented Girardi's record.

In many ways, Girardi is the antithesis of a Theo Epstein manager. He's clearly intelligent, but not exactly a flexible thinker. His rigidity most often displays itself in the way he uses his bullpen. He establishes firm roles for his pitchers, but then is a slave to those roles.

Say it's a mid-June game against the Red Sox. The day's starter takes a 3-0 lead into the seventh but gives up two runs and has to be pulled with one out in the frame, Mike Napoli at bat and a runner on. Say also that Girardi has three choices to protect the lead: closer Mariano Rivera, set-up man David Robertson, and Meat Lasagna. Meat Lasagna has good stuff, but he's been in a slump lately. Something is wrong mechanically, or perhaps there is an as yet undiagnosed injury, and even though Meat was great in April and May, he really shouldn't be trusted with anything important just now.

It's easy to anticipate Girardi's choices. He didn't take over the Yankees until Rivera was 38, already in his Faberge Egg period -- he's considered too fragile to pitch two innings, and besides, no one uses closers like that these days. Robertson is younger, but the label attached to him in his mind is "eighth inning," so, he's not coming in either. Tonight it's Meat Lasagna or nothing.

Napoli hits the ball six miles to left field and the Yankees lose 4-3. After the game, Girardi is asked why he didn't use a better pitcher in that spot. "It was the seventh inning," he says testily, "and Meatie is our seventh-inning guy. What do you want?" It's as if, having conceived of the reliever roles back in spring training, Girardi is now enslaved to them. New information cannot alter them, urgent need cannot influence them. His ability to think, reason, improvise was permanently deactivated as of the conclusion of spring training. Meat Lasagna is the seventh-inning guy come hell or high water, and they'll have fun, fun, fun until Brian Cashman takes Lasagna away.

The Yankees made a strong offer to Girardi, but he has yet to sign a new deal.

The foregoing is not even slightly exaggerated, but it doesn't mean that Girardi is a bad manager. The fact is, most of them suffer due to a highly structured sense of when and how relievers should be used. He's about average in most respects, bunting a little more than an American League manager should and putting up four fingers more than it could possibly be useful (in his career, Girardi asked Rivera to issue 11 intentional walks in 10 games; the Yankees lost eight of them), sending the runner about as often as the typical skipper. Over the last two couple of years he's pushed his starting pitchers harder than the average manager, resulting in league-leading "blown quality starts" totals -- games in which the starter had survived the sixth inning having allowed three or fewer runs but ultimately gave up more runs. In 2013, Girardi had more such games, 11, than any manager in the bigs.

In his favor, Girardi has never led off Corey Patterson, and since Patterson was playing at Scranton this year you can't say he hasn't had the opportunity. He was also sufficiently unorthodox with batting orders to make Curtis Granderson, Nick Swisher, Robinson Cano, and Alex Rodriguez his No. 2 hitter at various times, putting power/on-base threats in a spot that is often thrown away on light-hitting middle infielders. That old cliché is still honored today, even by a playoff team like the Dodgers -- Don Mattingly couldn't resist listing Mark Ellis up there, even as late as September -- you'd have to ask him why that was ever a good idea.

So, if Girardi is at best an anodyne manager in terms of tactics, why is he suddenly being billed as a must-get in Chicago? I've read the linked piece, which is titled, "Girardi only choice who makes sense for Cubs," twice now and I still can't find the author's explanation of why Girardi is the only choice. The closest he comes is, "When Epstein described seeking somebody with a track record of developing major league talent who is dynamic with energy and creativity, he might as well have made a crew cut a criteria. He was describing Girardi."

Actually, he wasn't; Girardi has a very limited record of developing talent, mainly because the Yankees kept handing him rosters with an average age of 37. He took over his first team, the 2006 Marlins, with the expectation that he'd have veterans like Carlos Delgado, Mike Lowell, and Josh Beckett in the fold. It turned out that he'd fallen for the old Jeff Loria bait and switch; almost every player making money was purged during the winter, scattered to the Red Sox, Mets, Twins, and, yes, the Cubs, who sent three pitchers south (the best of them Ricky Nolasco) so that that Dusty Baker could enjoy Juan Pierre's company. 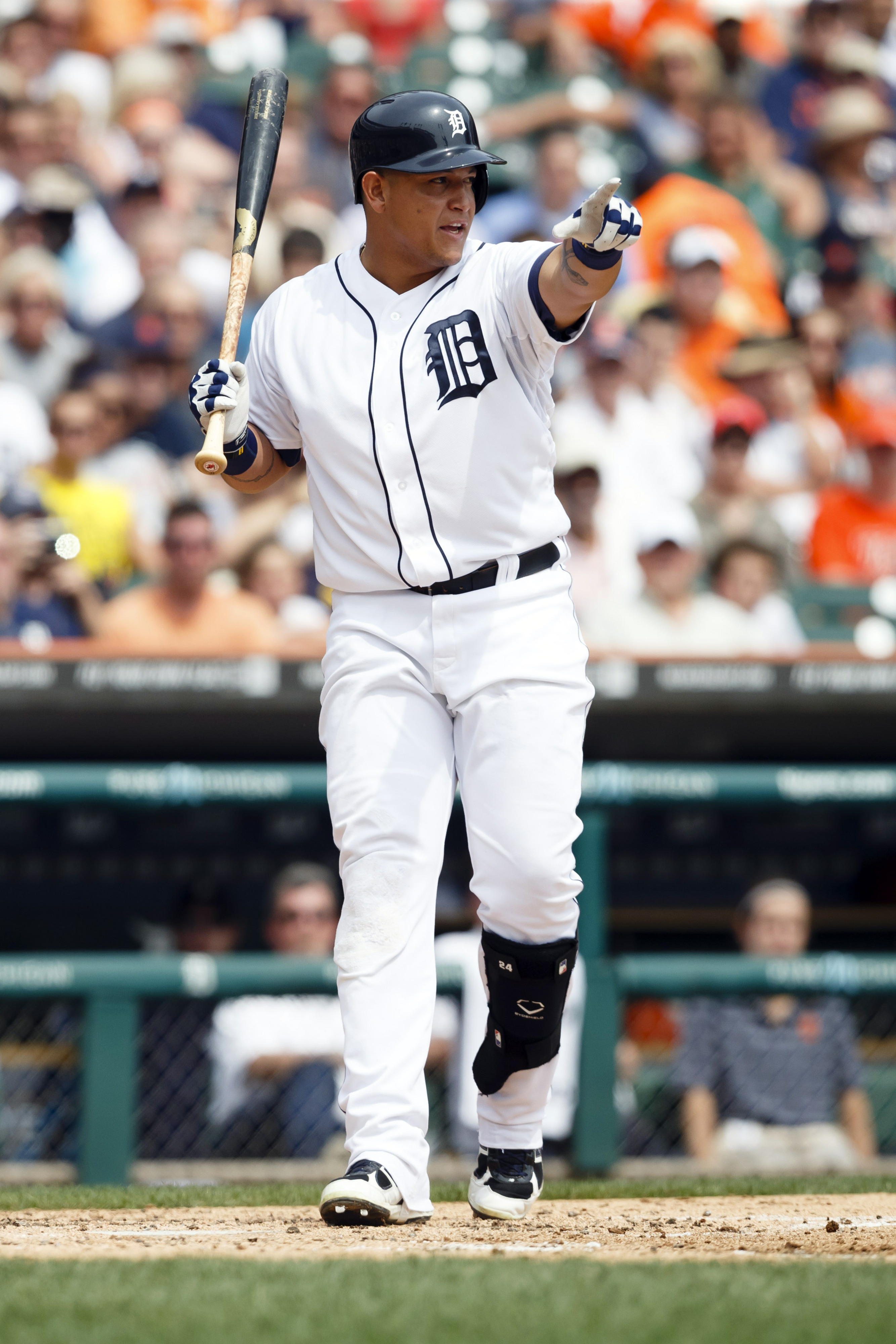 Girardi was compelled to break in a ton of rookies that season by necessity. He had the NL Rookie of the Year in Hanley Ramirez, as well as Dan Uggla, Josh Willingham, Mike Jacobs, Jeremy Hermida, Cody Ross, Scott Olsen, Josh Johnson, Anibal Sanchez, Nolasco, and more. He also got a big year from a 23-year-old Miguel Cabrera (already in his fourth season) and a decent season from holdover starter Dontrelle Willis. After opening the season with a 6-16 record, Girardi was able to coax the team into something of a turnaround. The Marlins went 72-68 the rest of the way, and Girardi picked up the NL Manager of the Year Award.

Since then he's broken in Brett Gardner and a reliever or three, but his record in terms of young players is pretty much non-existent. He tried to patch with younger guys like David Adams and Zoilo Almonte, but he also didn't have a whole lot of choice. It seems absurd to take one season, coached at contractual gunpoint eight years ago, and identify Girardi as an expert rebuilder as a result. In fact, there's a huge problem with doing so: most rebuilds, the Cubs' included, don't start out with players as good as Cabrera, Ramirez, Johnson, and Sanchez -- very few teams roll up players with the capability to be (respectively) the best right-handed hitter of all time, a batting-title holder, or an ERA-title winner. The Cubs have some promising players in their system, and there is still hope that Starlin Castro and Anthony Rizzo recover their value and go on to good careers, but the odds are against any player the Cubs develop in the next few years being that good.

The rest of Girardi's Yankees experience, aside from whatever cachet winning a World Series brings him, has even less relevance to the Cubs. He's spent most of his career inside the Bronx bubble, navigating a twisted leadership situation that has the general manager competing with the owner and the team president to get deals done. The Cubs don't function that way, at least not insofar as we know, but they do have a president of baseball operations who insists that managers check their one-run strategies at the door. That may have been fine with Terry Francona, who hadn't won anything prior to joining the Red Sox, or Dale Sveum, but it would likely rankle an experienced manager who was hired because of his ostensibly brilliant accomplishments.

Girardi has been lauded for keeping the 2013 Yankees in contention, and that too has been cited as a reason for bringing him to Chicago. Here's another Cubs-must-hire-Joe piece:

...That Girardi has been able to keep this team together and make them legitimate contenders has been nothing short of amazing.

The Yankees have not only had to deal with injuries to Mark Teixeira, Curtis Granderson, Derek Jeter and Alex Rodriguez and a number of others, but also the PED controversy surrounding Rodriguez and the media circus that followed his return. Despite that, the Yankees have still managed to go 82-75...

That the Yankees won 85 games this year despite having many injured veterans and no young players to replace them is impressive. No doubt some of that is due to their willingness to play for Girardi, some of it to the existence of the second wild card, which meant that as long as the Yankees were hanging around .500 they had a chance. That aside, what Girardi did is the polar opposite of what the Cubs need him to do. Despite all those injuries, the Yankees got older, not younger; they played a bunch of geezers, all the while looking forward to the time when their 37-year-old third baseman and 39-year-old shortstop could come off the disabled list and give them a boost (though "looking forward" might be the wrong term where the third baseman was concerned). If Girardi puts on a Cubs jersey and then ends up messing around with the likes of Chris Stewart, Lyle Overbay, Jayson Nix, and Vernon Wells instead of Javier Baez, Albert Almora, Kris Bryant, and Jorge Soler, something will have gone very, very wrong. 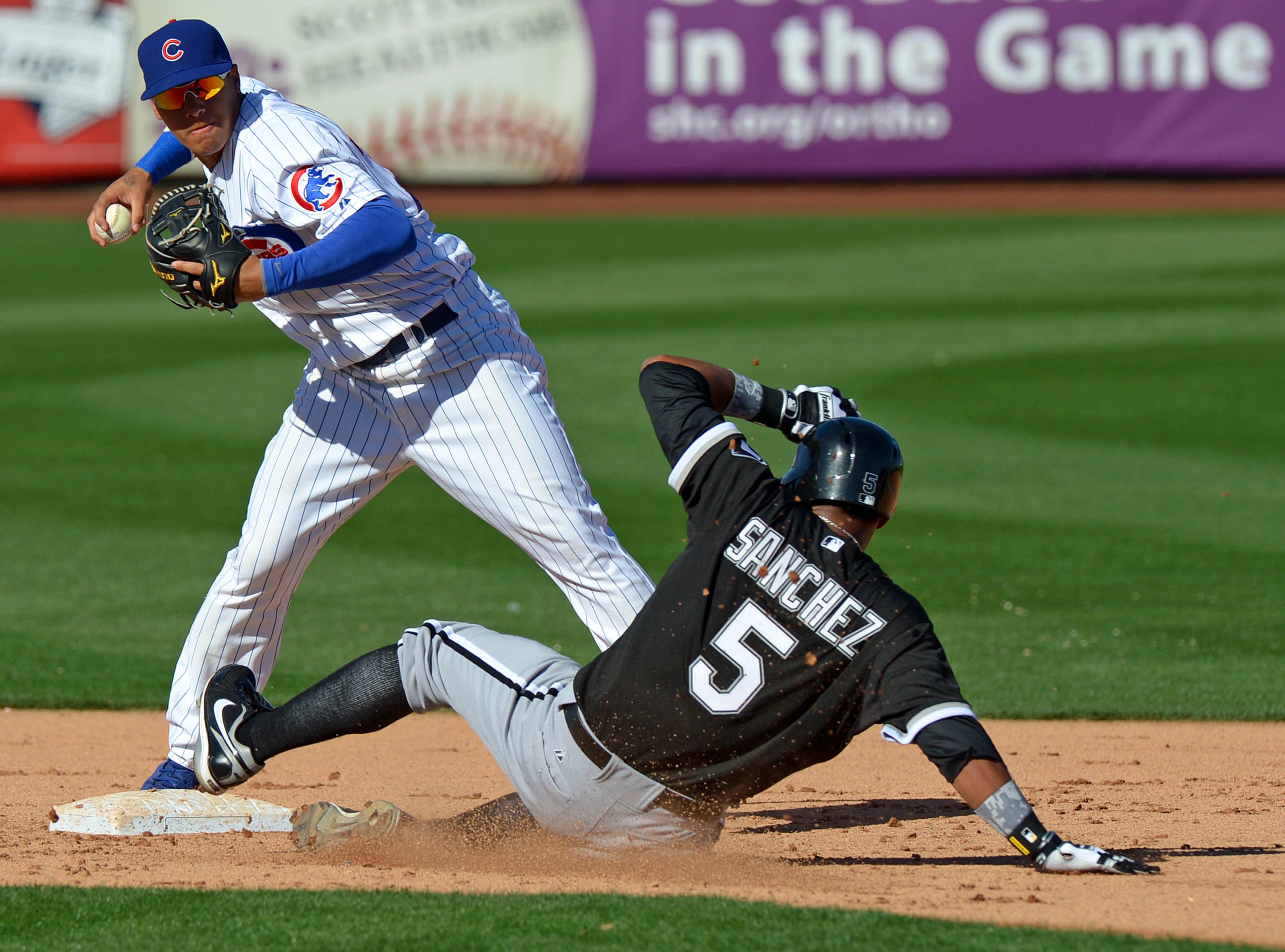 Perhaps those young players, as they filter up to the big league roster, will have more respect for Girardi with his rings than they would for, say, Manny Acta. This overlooks the possibility that another manager might earn his respect on the basis of his accomplishments with the Cubs, through the rapport he develops with the players. Beyond that, one thing we've seen time and time again is that the further away a manager is from his big year the less weight that accomplishment can carry. You can only rest on your laurels so many times before it breeds contempt rather than respect. The history of managers is that as they age, as the players become less and less his contemporaries and more and more like his grandchildren, contempt trumps admiration.

Girardi is already four years away from his crowded hour and, should he join the Cubs, would likely push off his next big year even further into the future. No manager is a panacea; he still needs the players. Girardi wouldn't have them, just as he didn't (and likely won't) have them in New York. That sniggering laugh is going to wear thin through a few 76-86 finishes; better to enjoy it at a distance than find out firsthand just how little impact a manager can have when he's with the wrong team at the wrong time. In Boston, Epstein showed just how little managerial experience meant when he took Francona, a four-time loser with the Phillies, and turned him into a potential Hall of Famer. He should get the chance to repeat the process in Chicago.

• By chasing Girardi, the Cubs are building up for a letdown