The Red Sox celebrated their championship season with a parade through Boston.

The Red Sox won the 2013 World Series, beating the St. Louis Cardinals in six games. This is their third World Sereis championship in 10 years. And, as tradition dictates, that means Boston gets to have a big old celebration through the streets of the city. An estimated two million people were in attendance for the celebrations.

The Red Sox started off the celebration at Fenway Park with the Duck Tour boats "bearded up" in preparation for the journey.

The Dropkick Murphy's were there to send the parade off. Jonny Gomes even got to participate as he joined in singing the third number of the bands three-song set. 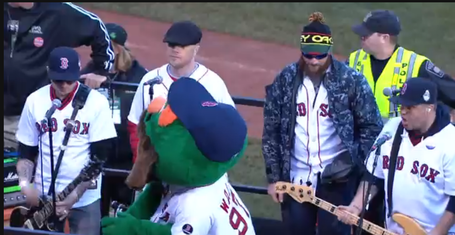 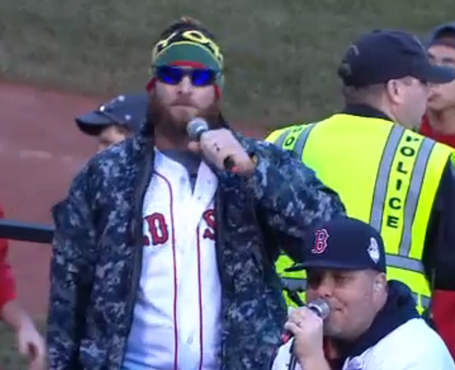 Finally, they shipped off to the streets of Boston.

Officer Steve Horgan and the Fenway crowd, giving the salute that defined this season. pic.twitter.com/2k9qgC3ac9

The one of many parade pictures that will surface twitter today pic.twitter.com/TLh8wyqmS0

The parade took a touching turn as the floats all came to a stop at the location of the Boston Marathon finish line. Jonny Gomes and Jarrod Saltalamacchia both came down with the World Series trophy, setting it on the finish line with a Red Sox jersey while "God Bless America" played and the crowd chanted "Boston strong". 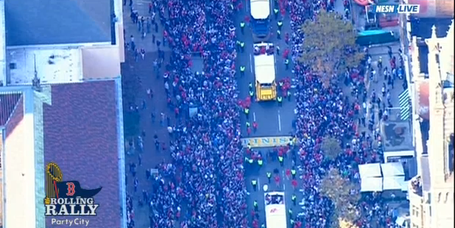 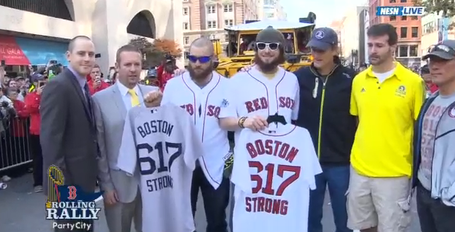 #worldseries trophy on the #bostonmarathon finish line. Highlight of my career. @bostondotcom pic.twitter.com/XckOd9JDGN

The parade continued after that brief stop and wound through the streets of Boston before finally reaching their destination of the Charles River. 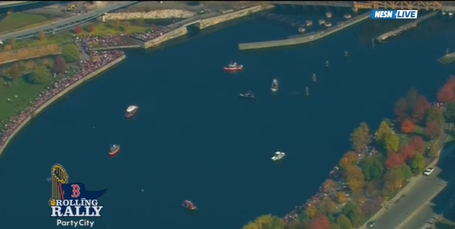 Of course, Boston sports fans have been pretty fortunate recently with their teams' successes the past decade.