This winter's market is weak in pitching but has some excellent options among the ranks of position players. Presenting part I of a two-part guide to the top players.

This time of year is all about the calendar: When the World Series ends, eligible players officially become free agents. However, there's an exclusivity period for the first five days in which no team can sign a free agent from another club.

The five-day period exists so that teams can assess whether or not they'd like to extend a one-year, $14.1 million qualifying offer to their own players. The player then has one week to accept or reject that offer, and if the player rejects that offer and elects to sign with another team, their former club is entitled to draft-pick compensation. Alternatively, the two sides can use the exclusive negotiating window to try to work out a deal that aborts the player's free agency almost before it happens.

It's a lot of waiting for what will likely be nothing; in theory, there may be players that are willing to accept the qualifying offers presumably because they've had a bad season or don't have much market value, but of the nine players that were given qualifying offers last year, all of them declined in favor of seeking bigger deals elsewhere.

By next Tuesday night, the painful tedium of the qualifying offer process should be settled. The phones will start ringing and the rumors of "mystery teams" will start develop as teams work to construct their rosters for next season. While previous years have been dominated by the negotiations for elite pitching, this year will revolve around a strong class of position players.

In previous articles, I've outlined the best trade candidates and the best starting pitchers on the market. Here's a look at some of the best position players who will be free agents this offseason, presented in no particular order: 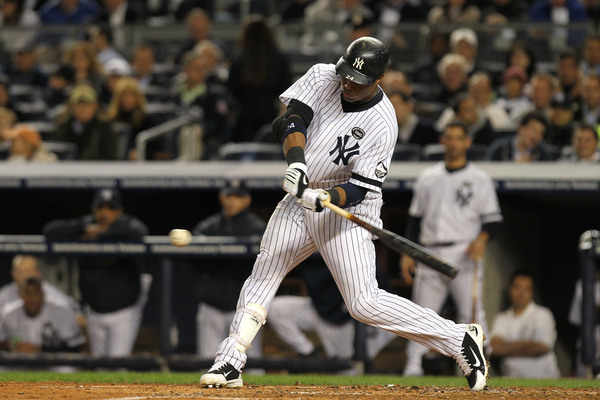 There are reports that Robinson Cano and his agent, Jay-Z's Roc Nation Sports asked for a $300 million deal from the Yankees, which would be the most expensive contract in baseball history. Of course, just because someone asks for something it doesn't make it a reality; there's a chance that Cano inks a deal for considerably less, but as they say about negotiations, "The worst they could say is no."

Cano is a fantastic second baseman, the sort of player around whom most teams would love to build their ball club. He's the complete package of playing ability, personality, and humility. He's matured in the spotlight of the Bronx, and while we can mock it all we want, some will value his "Yankees mystique," the ability to handle the big stage and tough situations without cracking (a career .267 on-base percentage in the postseason notwithstanding).

Dustin Pedroia, Cano's closest contemporary in terms of age and accomplishment, just signed an eight-year, $110 million deal that will keep him in Boston through 2021. There's some debate as to whether Pedroia's deal, which includes a bit of a discount to remain with the team he loves (averaging $13.75 million per season, peaking at $16 million in 2018, or just over half of the $30 million a year Cano was said to be asking), would have any bearing on Cano's contract situation. Another X-factor is Cano's age: Second basemen take a pounding and have typically not aged well. The team that signs Cano to a deal of five years or more is bidding on his next 800 or more games. In the postwar period, just 23 second basemen have played that many games after their 30th birthdays:

While a few greats maintained their value into their baseball old age, the list quickly slides off into the lesser seasons of Jim Gantner and Eric Young I. Teams will hope that Cano is more of a Kent (at least offensively) than a Cookie, but there's no way of knowing for sure.

Whether or not Cano is actually going to get close to $300 million also remains to be seen, but there will be plenty of teams lining up to give him the elevator pitch as to why he should become the face of their franchise. Regardless of the final figures, let's just say for now it's going to be a very good winter for Robinson Cano. 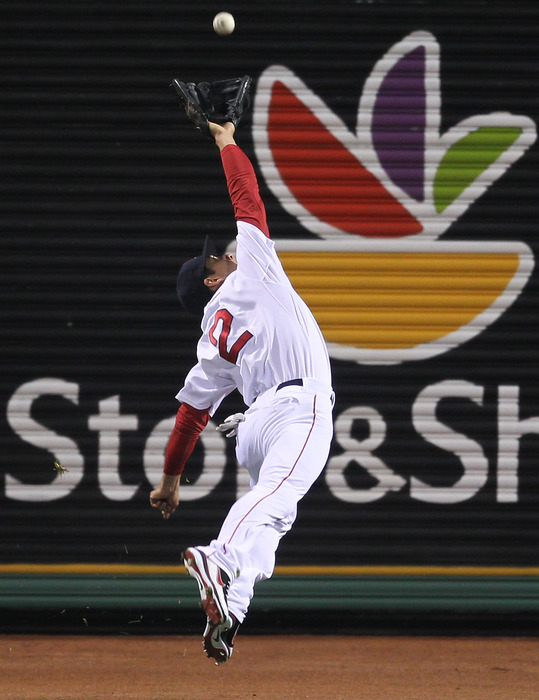 The Red Sox centerfielder is inherently controversial, simultaneously at the top of his class and one of the riskier outfielders available. Ellsbury has a career 108 OPS+, but some of his production is aided by Fenway Park. Ellsbury is a career .308/.359/.474 at home and .288/.343/.407 on the road; His home run power is split evenly at home and on the road, but 60 percent of his doubles have occurred a Fenway. Even if Ellsbury's production dropped off some because of a change in parks, he'd still bring value through speed. In six full seasons in the majors, Ellsbury led the majors in stolen bases in three of them, including this season with 52 successful steals in 56 tries. His speed also helps him in the outfield, and he should be able to continue playing center for several more years. If you believe the defensive metrics, he's actually improved in recent seasons in part due to taking better routes to the ball.

The biggest blemish on Ellsbury's record is injury. According to Ken Rosenthal of FOX Sports, Ellsbury played the second half and the postseason with an injured left hand and underwent an MRI following the Series. Ellsbury had a clean bill of health in his first three seasons in the majors, but the injury problems started in 2010, when he was limited to just 18 games due to rib injuries. He returned strong for 2011, but he suffered a subluxed shoulder injury in the seventh game of the 2012 season, which kept him sidelined until mid-July.

Ellsbury turned 30 in September, so a five- or six-year contract would take him into or past his mid-30s. The list of postwar center fielders who have had long careers after their 30th birthday is even shorter than that of the second basemen:

Consider Ellsbury as a three-fold problem, then: One problem is he's a center fielder about to embark on his 30s. Another is that for the past five seasons he's been healthy only every other season. The third is that his production will likely be diminished when he leaves Fenway Park. Any one of these issues might give a signing team pause, but what if the buyer gets two out of three? 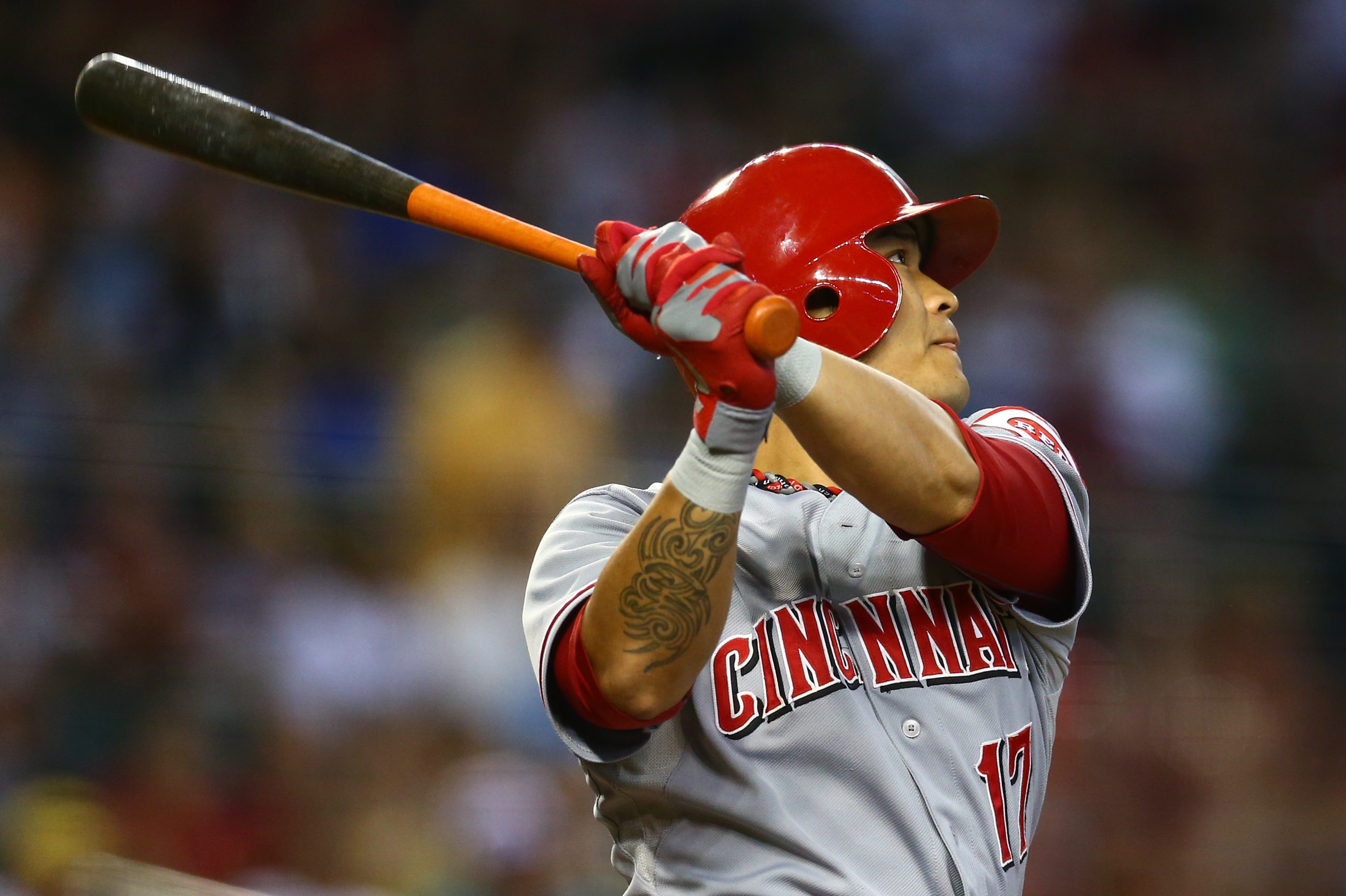 For teams that need a leadoff man, there is no one better on the market this year than Choo. The 31-year-old had a .423 on-base percentage this season, which ranked fourth in the majors. Choo is a lethal combination of hitting for average, walks, and hit by pitches and would make any lineup better in the leadoff spot.

Choo is a career .288/.389/.465 hitter, and while on-base percentage is his key feature, he does hit for average with a bit of power. Choo's walk rate jumped from 10.6 percent in 2012 to 15.7 percent this season, and this season was his third 20-20 season of his career. Teams will be attracted to the combination of speed and power, even if his 31 percent caught stealing rate and defensive shortcomings -- according to DRS he was -17 this season in center, though that's not much worse than 2012, when he was -12 in right for the Indians -- suggest declining speed.

There are other sizable elephants in the room when discussing Choo, especially when it comes to left-handed pitching and a propensity for injuries. In his career, Choo has hit .309/.411/.521 against righties, but just .243/.340/.341 against lefties. If that continues or worsens, the team that signs him could have a really expensive platoon player on their hands. Choo was limited to 85 games in 2011 due to a fractured thumb and an oblique strain, but doesn't seem to have any lingering issues. 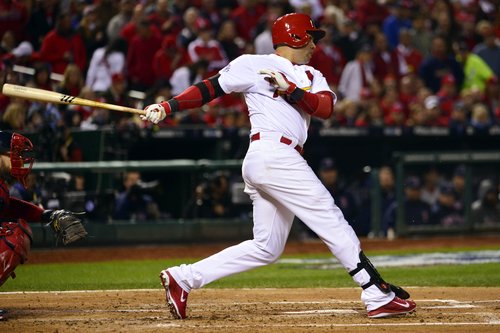 A buyer's guide to the best players on the market, part 2

Note also that heading into 2013, Choo had averaged 79 walks per 162 games. His 112 walks obviously outstripped that pace by a large margin, his percentage of plate appearances ending in a walk jumping from his 11.4 percent career mark to 15.7 percent. In sabermetric circles it has been suggested that players in their 30s who experience a sudden uptick in patience are actually experiencing declining bat speed and will see their performance drop off in subsequent seasons. That's only a theory, but the money Choo will get in a league that has learned to value OBP is real.

If you want to keep up on the whereabouts and contract status of this year's free agent class, make sure to check out SBNation's Free Agent Tracker.

• Brisbee: Which teams should be the Red Sox?