The Yankees, Derek Jeter, and 'Our Plan'

Planning to fail is a kind of plan, just not a smart one, nor one that should be enabled by fans.

Share All sharing options for: The Yankees, Derek Jeter, and 'Our Plan'

As Emily Dickinson might have written, hope is the thing with pinstripes. In today's New York Times, Joe Girardi does some aggressive wishcasting in regards to Derek Jeter:

"We're hoping that he'll be back to where he was in 2012 before the injury took place," Girardi said. "We'll go through the off-season and allow him to do the things that he needs to do and then keep our fingers crossed in spring training that it's all good."

Girardi said Jeter, who broke his left ankle in the 2012 playoffs after a remarkable season, was not expected to begin baseball activities until January... "That's our plan, for him to play shortstop," said Girardi.

We're all a little foolish at times. The sheer amount of stupidity that one encounters (and perpetrates) in a single lifetime suggests that being an idiot is a survival trait, as if, in a Darwinian sense, being the kind of person who sticks a fork into an outlet conferred invulnerability to electricity. Knowing that we're going to be foolish, we can mitigate our errors (as Ray Bradbury suggested in Fahrenheit 451) by at least being foolish about the right things.

Planning to rely on a 40-year-old shortstop is not being foolish about the right things. Now, in fairness to the Yankees, Girardi was only voicing his wish for the best-case outcome, not stating that the Yankees will go into the 2014 season with Jeter being their only option at shortstop. It's certain they will engage some sort of insurance policy, a player who could be anything from a fringe regular (re-signing Brendan Ryan, say) to a player who might normally expect to play regularly but will have to settle for some kind of job-sharing arrangement with an eye towards transitioning into being the everyday shortstop in 2015.

(If that player is once again Eduardo Nunez, who the Yankees have spent three years trying to force into regular or semi-regular playing time, then they will have made the transition from foolishness to perversity. At this point, enlisting Nunez as part of the solution-set to anything on the left side of the infield is akin to answering with a non-sequitur, as if Girardi was asked, "Who will be the shortstop today?" and he replied, "Which way is the spoons exhibit? Fiery penguin gumbo boots!")

The main thing here is to accept a fact of baseball: 40-year-old shortstops are chimeras, like the griffin or the unicorn. Here I must plead guilty to the charge of repeating myself: Googling my name and "Luke Appling" comes up with a depressing number of results, most of them reiterating that just four players have made it through anything like a full season at shortstop at age 40 or older. These were Honus Wagner, who did it three times nearly 100 years ago; Luke Appling, who had two such seasons with a season split between short and third base between them; Barry Larkin for the 2004 Reds; and Omar Vizquel, with the 2007 Giants. 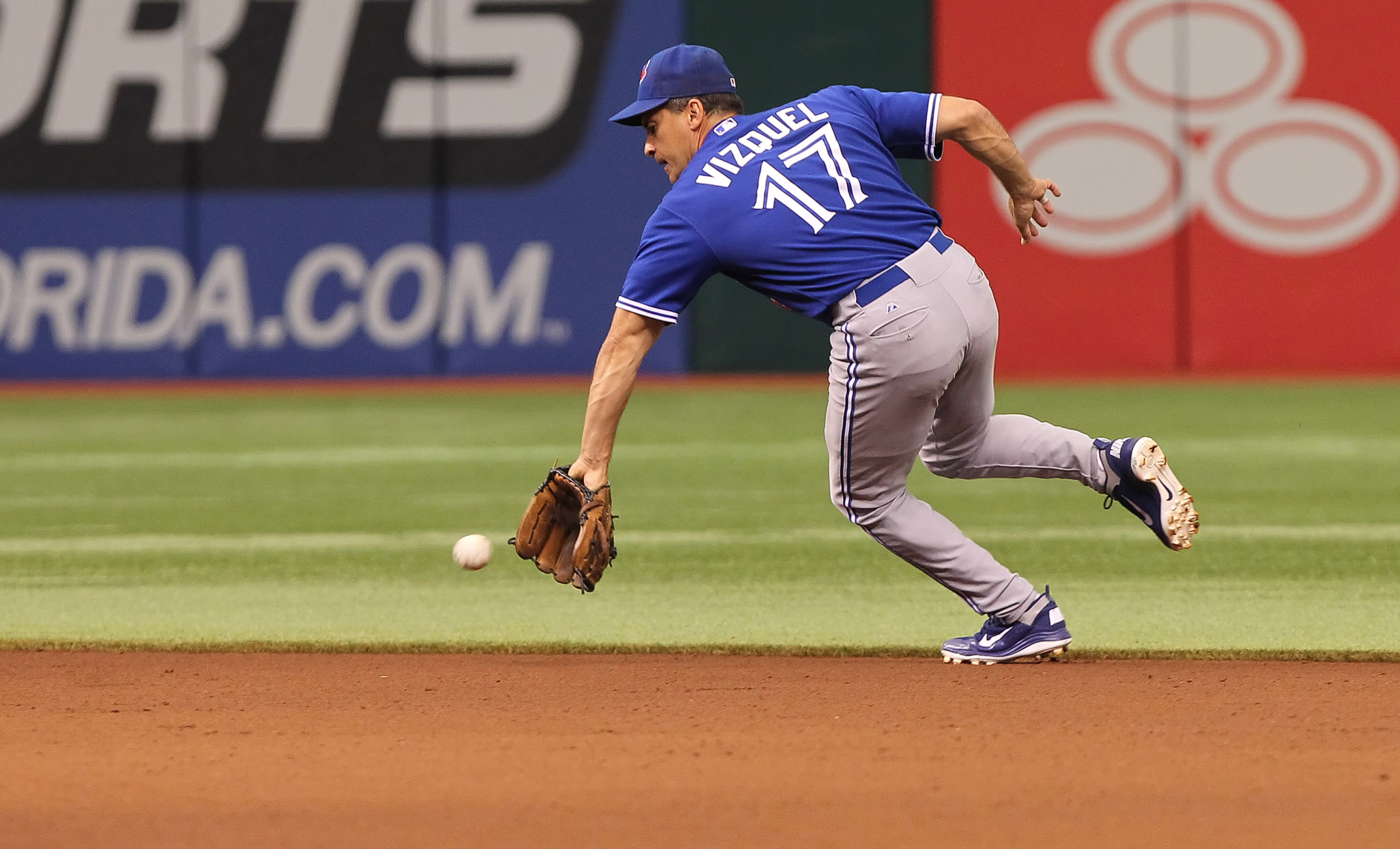 Every one of those teams had losing records; their aggregate winning percentage was .445. The senior shortstops weren't the only reason those teams were bad, but they were a contributing factor. As great as those players were, and all of them except Vizquel are in the Hall of Fame (and Vizquel might yet get there), it's unfair to both player and team to ask an old glove to try to make the plays a young one can. This is doubly true of Jeter and the Yankees: He never had much range, but given his offensive output and a high-strikeout pitching staff, as in 2009 when the Yankees won the World Series, the team could get away with having some balls get "past a diving Jeter" because there were only so many balls hit his way in the first place.

None of that is true anymore. Jeter's bat, it is safe to assume, will not be what it used to be; the pitching staff was league average at getting strikeouts, and "past a diving Jeter" is still a sight better than "past a stationary, immobile Jeter who is doing an impression of his own future statue." It would be better to just admit from the outset that playing Jeter at shortstop isn't something you're going to plan on doing, that he, rather than some other player, is the contingency plan. That will almost certainly be the case, so better to deal with whatever backlash is coming, whether from Jeter or his many fans, here in November than in March and onwards, when the price of the experiment may be losses that the team can ill afford.

That would be the most rational approach, but the Yankees haven't been acting that way. In addition to Girardi's statement we have witnessed the rather odd spectacle of the Yankees tearing up Jeter's $8 million option and giving him a $4 million raise just for being him. One wonders if Jeter was on the verge of quietly slipping away and the Yankees, having calculated that the Mariano Rivera Long Goodbye being over and Andy Pettitte similarly vanished to home and the possibility of another difficult season ahead, felt that they had to ensure that the team had one gate attraction in 2014, even if said attraction is a badly degraded echo of himself.

One wonders about the people who will want to turn out and see that, and if they're the same folks who buy tickets for those rock and roll oldies acts that head out on the road with only some tangential connection to the original, like some drummer who did session work on two tracks of a couple of B sides. If you somehow were unable to see Derek Jeter play, I hate to tell you this, but it's almost certain that you've missed your chance -- what you're going to see in 2014 will almost certainly be a pale imitation.

I would very much like to be wrong about this, but chances are I will not be.

There's a story about Elvis Presley in concert somewhere in the late 1950s. At the outset of the show, he came out on stage and very solemnly asked the audience to rise. "I like to begin my show with the singing of the national anthem," he said. With the crowd standing, hands over their hearts, he took a deep breath and sang, "YOU AIN'T NOTHIN' BUT A HOUND DOG!" as the band kicked in behind him. Chances are, a lot more people saw fat, white-jumpsuit Las Vegas Elvis than saw rebel hound-dog Elvis, but we both know that only the smaller group really witnessed the revolution. 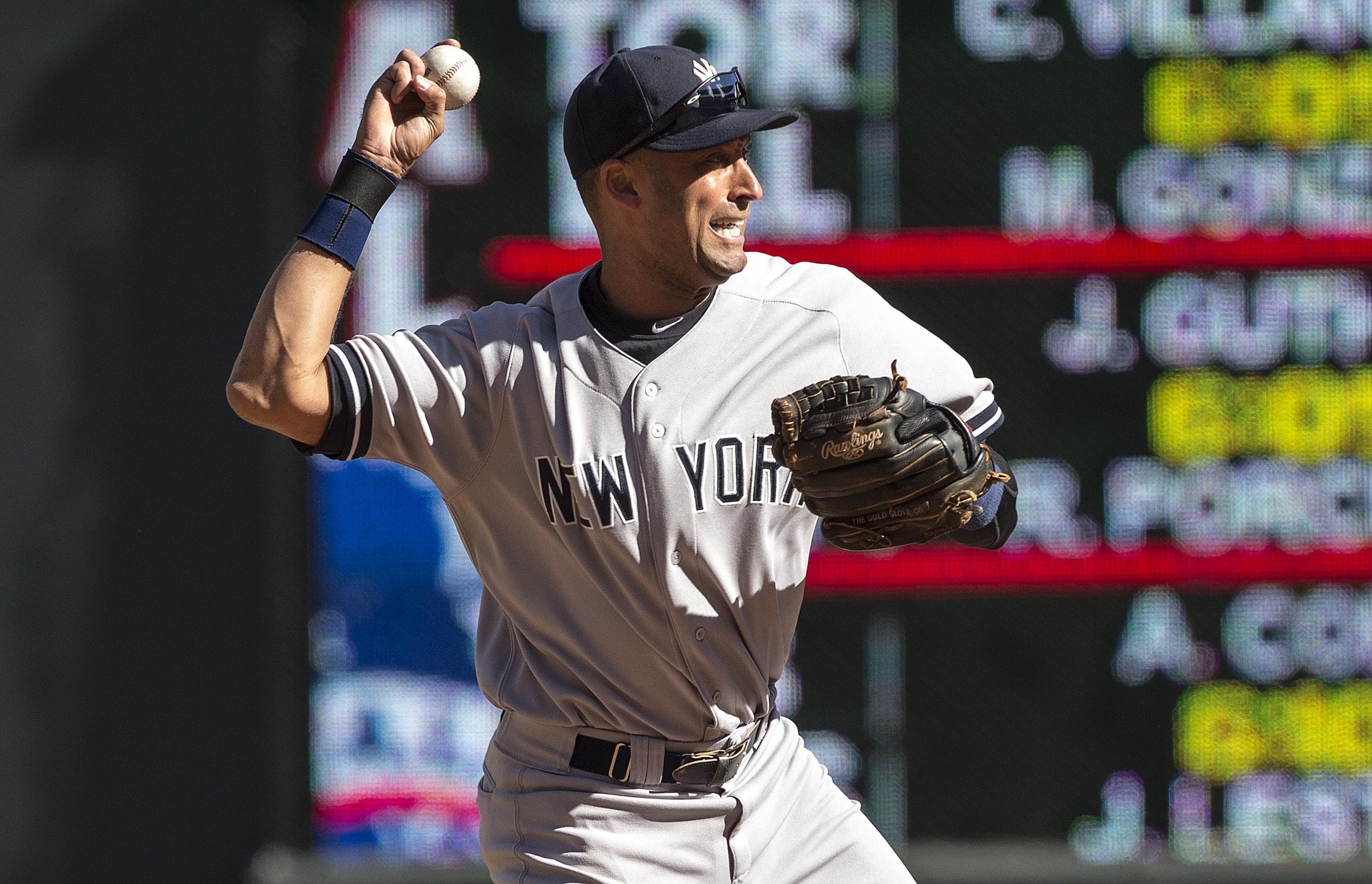 Jeter wasn't quite the culture-changing force that Elvis was, except perhaps in the minds of the local Ford dealers, but he was revolutionary insofar as the Yankees were concerned, a homegrown shortstop, the first real great the team had ever had at the position (Phil Rizzuto is in the Hall of fame, but even if you agree with that selection he was an entirely different level of player). He was the polar opposite of decades of Bobby Meacham, Alvaro Espinosa, Spike Owen. If you haven't absorbed the reality of that, didn't quite see it, well, it's over. Hopefully you won't have to wait another hundred years for the next great Yankees shortstop to come along.

That's an argument against fannish sentimentality. As for the Yankees (and even their fans), yeah, there's a high-upside play here, that Jeter hits .290-.300 and can amble around enough to cover the position, but a team has an obligation to build the best roster it can, not to wish for historically unlikely oddities to occur.

There's still a lot of winter left, still a great many paths the Yankees might take toward hedging their shortstop bet. The only thing that's certain is that a team's first obligation (and best path towards enhanced revenues) is to win. The most exciting thing about the 2013 Yankees proved to be the Rivera nostalgia tour. If the most we can say about the 2014 team is that it turned out to be a yearlong celebration of Derek Jeter, just that and nothing more, the year will have been a terrible failure.