Five starting pitchers stand above the rest remaining on the free agent market.

Ricky Nolasco, Tim Lincecum, Jason Vargas, Hideki Kuroda, Scott Kazmir and Josh Johnson are all among the free agent starting pitchers who have already signed a new contract this offseason. Here are the top five starting pitchers remaining on the market, with the latest news on where they may end up.

Rumors have been slow to develop for Garza, which seems somewhat strange considering that a team would not need to forfeit a draft pick for him. Because the Rangers acquired him from the Cubs mid-season, he was not eligible for a qualifying offer. There had been rumors Garza could sign at the Winter Meetings, though nothing transpired.

Teams may be waiting on Masahiro Tanaka before going hard after Garza. Tanaka is currently waiting on a decision from his NPB team as to whether or not he will be posted. If he is, many MLB teams would likely prefer the Japanese phenom to Garza. However, once Tanaka is signed (or if he is not posted) Garza may be seen as a potential consolation prize for many teams.

Tanaka has expressed a public desire to pitch in Major League Baseball. It is now up to Rakuten if they will post him.

Garza has been an incredibly consistent starter over his career. Since his rookie year in 2006, he has never failed to keep his ERA below 4.00 and has a career 3.84 ERA to go with a 1.28 WHIP. The 30-year-old has already been traded three times over his career and has spent time with the Rangers, Cubs, Rays and Twins.

The Twins have had some interest in re-acquiring Garza while both the Diamondbacks and Angels are also looking into his services. The Blue Jays talked to him earlier in the offseason, as well. The Yankees, having discussed Garza a few weeks ago, could also enter the fray if they are unable to land Tanaka.

Garza will get a big contract from someone. He may have to wait a little longer before negotiations heat up, though.

Like Garza, Santana may be waiting on teams to make a Tanaka decision. However, Santana has had even fewer rumors swirling around him than Garza has.

Part of that may be due to his requested salary. Santana is seeking a five-year deal worth at least $112 million. That would make him the 12th highest-paid pitcher in MLB history. Another reason teams have stayed away: Santana was offered a qualifying offer by the Royals and rejected it, meaning any team that signs him will have to forfeit a draft pick. As Kyle Lohse found out last year, that stigma can really hurt your odds of signing a big contract early on.

Santana is also far from a sure thing as an anchor in the rotation. He is coming off a career-best season that saw him post a 3.24 ERA and 1.14 WHIP over 32 starts, but has had an ERA above 5.00 in two of the last five years and is generally not seen as a dominating pitcher.

The Twins had shown an interest in Santana, though they may be out of the running after signing Ricky Nolasco, Phil Hughes and Mike Pelfrey. The Blue Jays also met with his representatives last month. However, he has failed to see much of a market form thus far. For now, the Diamondbacks and Tigers are the two front-runners to sign Santana.

For him to sign sooner, Santana may have to severely alter his contract demands to better acquiesce a team that would need to give up a top draft pick.

Jimenez could end up being the steal of the offseason or he could be the biggest bust of the offseason. The Indians paid a hefty price to acquire him from the Rockies mid-2011, shipping stud pitching prospects Alex White and Drew Pomeranz to Colorado. 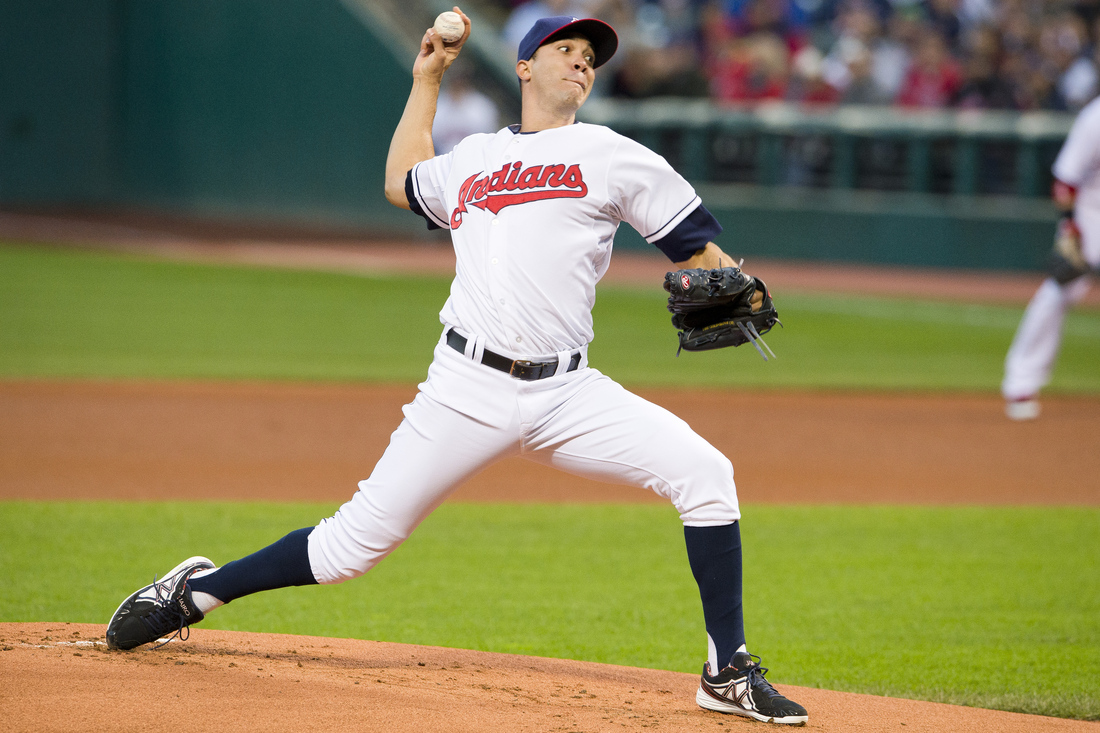 That may have been enough to earn him a decent-sized contract this offseason. Teams may be afraid to go more than two- or three-years for Jimenez, however, which could play into why he is still a free agent at this point. Furthermore, he also turned down a qualifying offer and would necessitate the loss of a draft pick by any team hoping to sign him.

The Indians are very interested in bringing Jimenez back, particularly after they lost Scott Kazmir to the Athletics. However, there have been very few rumors about other teams being in on Jimenez as other squads appear wary of losing a draft pick on such a risky player. The Indians may be waiting out the market to see of Jimenez, like Lohse last year, takes a smaller offer when he has nothing else around spring training.

Burnett has been rumored to be going one of two ways this season. Either he will re-sign with the Pirates or he will retire. As the offseason has worn on, there has been more speculation about him potentially landing elsewhere, but those still seem to be the most likely options for Burnett.

A complete list of all the contracts signed to date in MLB this offseason.

Until he makes his decision, however, Burnett is holding the Pirates hostage by keeping them from approaching other rotation options while waiting on him. The team has given him a deadline to say what he will do, but that deadline is supposedly sometime in mid-January, when many other pitchers may be off the board.

Burnett has spent the last two years in Pittsburgh, posting a 3.51 and 3.30 ERA in 2012 and 2013, respectively. He also has a combined 1.23 WHIP over that span and led the league with a career-high 9.8 strikeouts per nine innings last year.

The Orioles have been rumored to try luring Burnett to Camden Yards, where he would be within a half an hour of his home in Maryland. The decision to potentially retire is partly based on the fact that he wants to spend more time with his family, making Baltimore an appealing landing spot. Still, it looks like the choice for Burnett is more between calling it quits or going one more round with Pittsburgh. When he will decide is anyone's guess.

There have been no shortage of rumors about Arroyo, who is seeking a three-year deal for just under $40 million this offseason.

At first, the Reds had been ready to supposedly move on from a player who spent his last eight seasons in Cincinnati. Now, however, they are back in the running and could re-sign Arroyo. The Twins, despite signing three starting pitchers this offseason already, are also heavily in play for Arroyo, as are the Mets. The Angels have looked into him as well, though they could be off the market after acquiring Tyler Skaggs and Hector Santiago in a three-team trade that saw Mark Trumbo move to Arizona.

There had been rumors that an Arroyo signing was close at the Winter Meetings, but he remains unsigned. The Reds did not extend a qualifying offer, meaning no draft pick compensation will be required.

Whoever does ink Arroyo to a deal will get one of the most consistent pitchers in baseball. He has tossed at least 199 innings each of the past nine seasons and has maintained an ERA between 3.74 and 3.88 in four of the last five years. Despite getting older, Arroyo has never relied on overwhelming stuff and thus has seen little decline in his numbers. He should provide nice value to whoever signs him.

State of play: What's left on the offseason meat-market