The Yankees have taken great steps forward this winter, but they have more homework to do.

Share All sharing options for: Can the New York Yankees win the AL East in 2014?

In 2013, Robinson Cano had one of the 50-best offensive seasons by a New York Yankee as measured by wins above replacement.  More realistically, Cano had one of the top 25 seasons by a Yankee not named Ruth, Gehrig, or Mantle -- then decamped to Seattle as a free agent. After a season in which the Yankees saw Mariano Rivera and Andy Pettitte make graceful departures for retirement and Derek Jeter reach obsolescence, they also lost their best player. Even if their decision not to match the Mariners was made for good sound baseball reasons, it was still a blow. 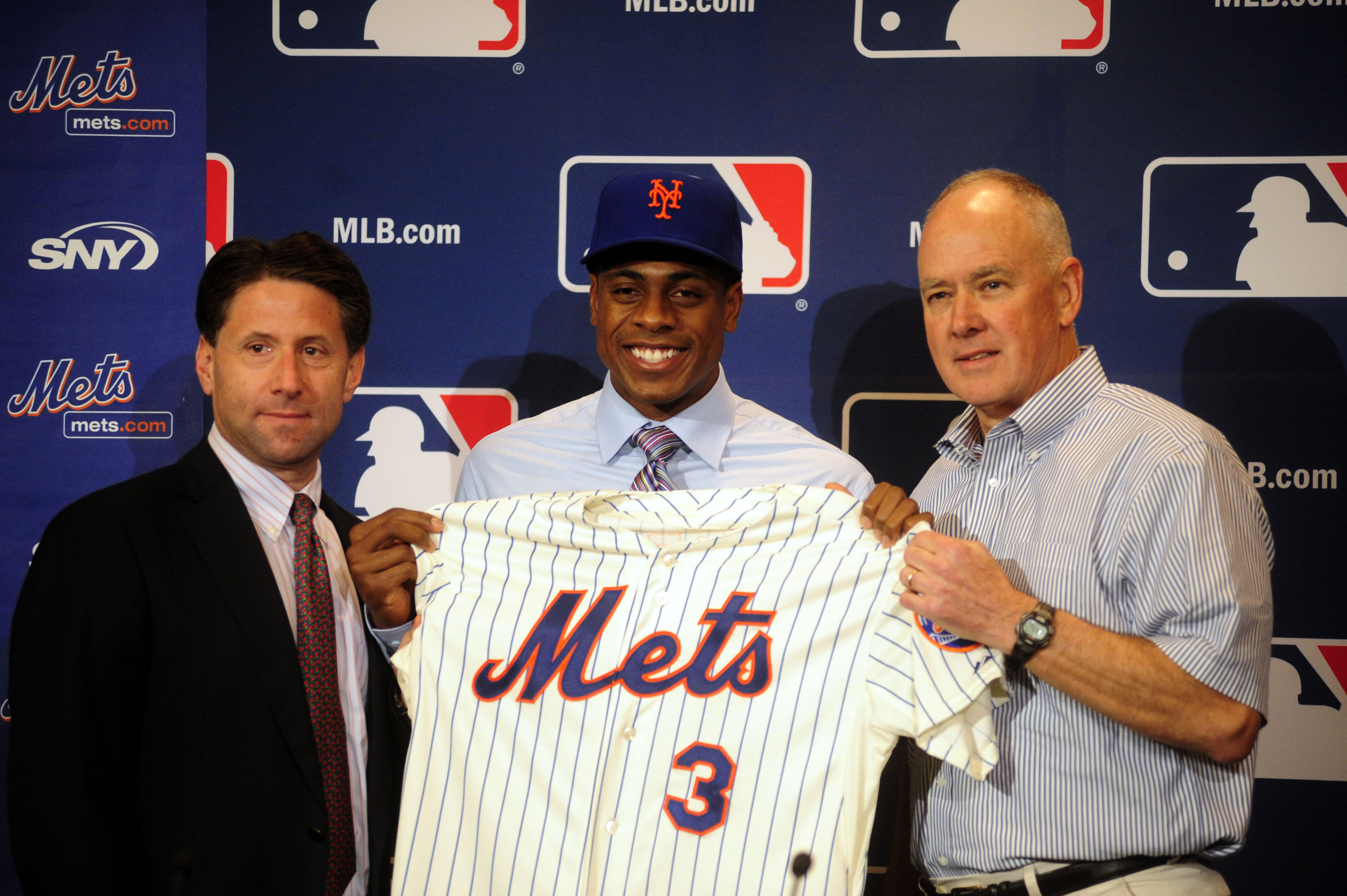 This was something of a first for the Yankees. If you consider the list, you will note that none of the players abruptly vanished the next year. Many of them declined in subsequent seasons, which was almost inevitable given that if you've just had one of the best seasons in organization history you probably have nowhere to go but down. Still, if you want to view their alternate, less-potent selves as "replacements," the Yankees traded MVPs for All-Stars. The Rickey Henderson of 1986 wasn't a 10-win player, but he was still a 7-win player, which is pretty close to MVP-level in most seasons. The Alex Rodriguez of 2008 was roughly the same, going from approximately nine wins to about seven. With a few exceptions, it wasn't like the player had been taken out behind the barn and shot; they were diminished, not gone. Cano is just gone.

On Tuesday, the Yankees signed Brian Roberts to a one-year contract to play second. In this he may be joined by Kelly Johnson, Brendan Ryan, and perhaps the recently-acquired Padres organizational player Dean Anna. As you are undoubtedly aware, from 2005 to 2009 Roberts was often terrific, hitting .294/.369/.451 with a ton of doubles and stolen bases. An obscure stat of which I am fond: Since 1900, there have been only 90 individual seasons in which a player hit 50 or more doubles. Just a handful have gotten there multiple times:

Those days are long gone. Beginning in 2010, Roberts had five stints of the 60-day disabled list for a total of 506 idle days and 436 missed games. The best thing you can probably say about his 2013 is that he lived through it. Otherwise, he missed more than half the schedule, the doubles were gone, the stolen bases were gone. He slugged .450 in September, as much life as he showed all season.

Assuming the pitching staff is consistent, the Yankees need to add about 150 runs over last season to get to 95 wins. Have they done so even with Cano leaving town? This is one of the things we won't know for sure until next October, but we can guess. Using Bill James' runs created, we can look at how many runs each position contributed this year and then take a stab at a reasonable projection for 2014.

I used a combination of past performance and best guesses to come up with these estimates: I figured Brian McCann would get a boost from Yankee Stadium, Mark Teixeira would be healthy but perhaps not as productive as in the recent past, that aggregate production at second base would be mediocre and that the third basemen, whoever they prove to be, would be better than last year (hot death) but a little worse than league average (about .260/.325/.410). I have no idea what to make of shortstop, and I probably erred too much on the side of a strong Derek Jeter encore, not something I really believe will happen. I figured something like consistency for Brett Gardner, a solid season for Jacoby Ellsbury despite the change in ballparks knocking his batting average down some (he was a career .308 hitter at Fenway, .288 everywhere else; perhaps the loss of average will be compensated for with some Yankee Stadium home runs), another good year for Carlos Beltran and his caddies, and some shrinkage for Alfonso Soriano. Perhaps I was too hard on the second basemen, who could be about 10 runs better than the number given here if he approaches league average. It's also possible that 95 wins is too high a standard. Over the last five years it has taken an average of 94 wins to capture the division title, though having the defending champions in the class picture probably means we should think higher and not lower. 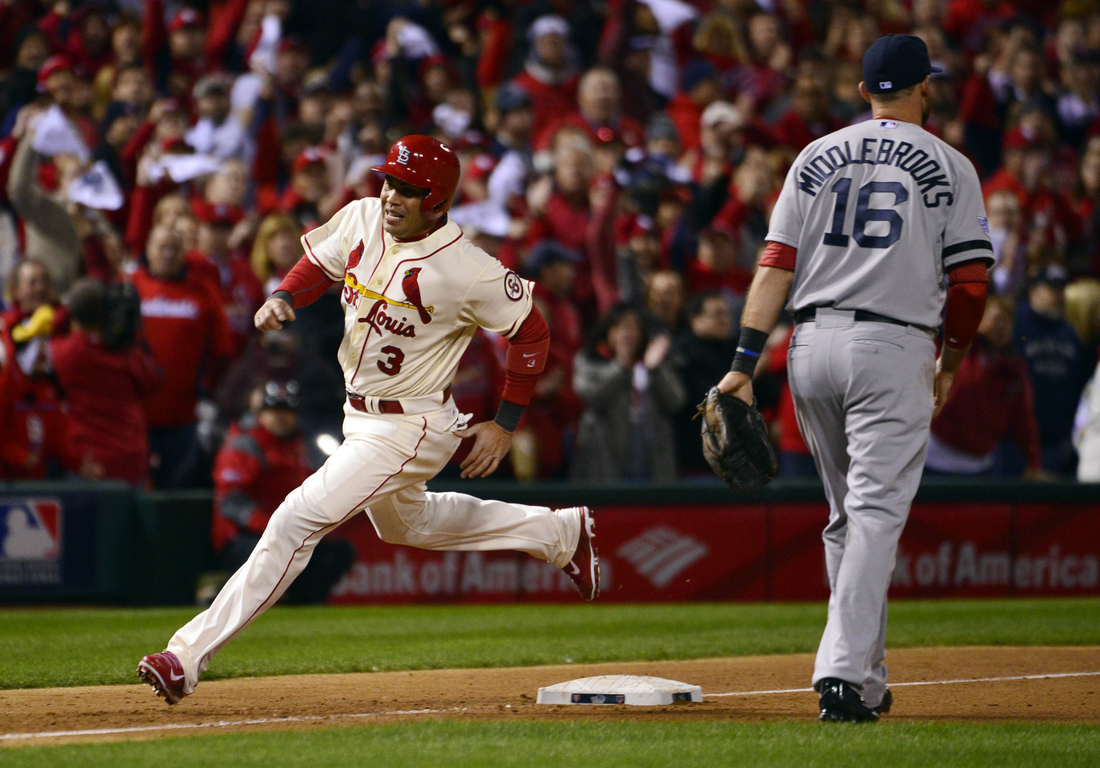 I have no idea what the third basemen are going to do or even who they're going to be. The Yankees may yet re-sign Mark Reynolds, and for all we know they may have to deal with Alex Rodriguez for all or part of the season. The estimate here is for about 90 percent of the 2013 league average at the position; I figure even if the position is a mess it's going to be hard for them to be as bad as they were this year for a second season in a row.

The 2013 Yankees scored 650 runs; there are a few runs created by pinch-hitters and the like (who had a very good year) not captured here. That's something that tends to regress, so the Yankees will probably need to replace those runs as well. Still, we can throw them another 10 runs just to be generous. That brings us to 750. If you put that together with the 671 runs they allowed and plug both into James' Pythagorean formula for projecting records, you get a winning percentage of .551, or a record of 89-73.

Now, you can argue with any of the estimates above as being too high or too low, or say that the Yankees are going to sign Masahiro Tanaka and thus put in place the staff ace they're currently missing -- assuming CC Sabathia doesn't rebound to his old levels -- thus lowering the number of runs they need to score to win. But we don't know that that's going to happen or how good Tanaka will be if he does come. Moreover, the Yankees lost Andy Pettitte to retirement. He allowed about 10 fewer runs in his 185.1 innings than the average starter did, so for Tanaka to actually reduce their runs allowed, he'd have to be even better than that. You'd expect a guy who just went 24-0 with a 1.27 ERA that you spent $20 million just to talk with to be a lot better than a 41-year-old Pettitte, but there's a lot of room for variance just in that statement. All of 20 American League pitchers who qualified for the ERA title had lower ERA than Pettitte, so whether you think his innings are going to fall on Tanaka or Michael Pineda or someone else, as just-okay as Pettitte seemed this year, getting a one-for-one replacement or better is actually a tall order. You could throw Mariano Rivera into this equation; however his 64 innings are absorbed or replaced, chances are that the pitcher(s) in question are going to allow more than 16 runs.

The Yankees have already accomplished one of their goals: The 2014 squad is going to be a heck of a lot more interesting to watch play than the 2013 squad with its endearingly eager but overwhelmed Overbays and Nixes. Assuming health and consistency from the veteran imports, they should be competitive as well, a team that's going to be a tough opponent all season long. But are they good enough to win the AL East? Brian Cashman might have more work to do. The vehicle he and the team's many chefs have built will get him as far as the trading deadline and perhaps even the wild card, but the coveted first-round bye that comes with winning a division title might require further tinkering.