Quick and Dirty Guide to the Hall of Fame Ballot Part I: Moises Alou to Jacque Jones

Share All sharing options for: Quick and Dirty Guide to the Hall of Fame Ballot Part I: Moises Alou to Jacque Jones 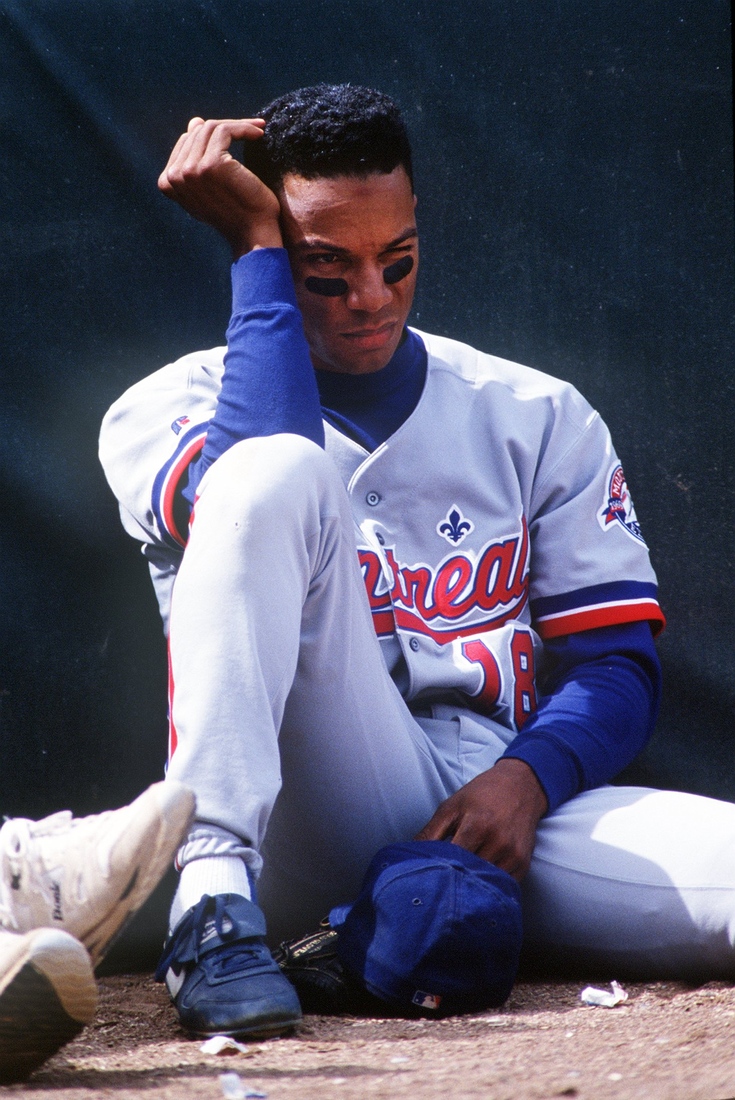 Moises Alou in a reflective mood -- note that this is not the broken ankle shot. (Getty Images)

Moises Alou: The look on his face as he sat on the turf at St. Louis in September 1993 with one ankle pointing in the wrong direction (he had gotten his leg caught and suffered a dislocated fracture) is one I'll never forget -- he didn't scream, he didn't cry, he just sat there in what I assume was shock. Alternatively, the man has an inhuman tolerance for pain... That he was an outstanding hitter is obvious from his career .303/.369/.516 rates; in all of baseball history, only 64 players have hit .300 in as many plate appearances as Alou's 7,913. But his career is really about injuries. In a career that stretched from 1990 to 2008 he made it to 150 games just four times, and twice sat out whole seasons -- once for flying off of a treadmill... He was almost the exact same player as his father, although dad was perhaps a bit better at his peak -- hitting .317/.365/.438 in 1968 was a statement, and he had four other offensive seasons in that vicinity.

Jeff Bagwell: If you have an accusation to make, have the courage of your convictions and make it. Then, having gotten it out into the open, forget about it, because a hedgehog has a better chance of explaining cold fusion than you do of quantifying just how many of the man's 2,314 hits came out of a bottle. 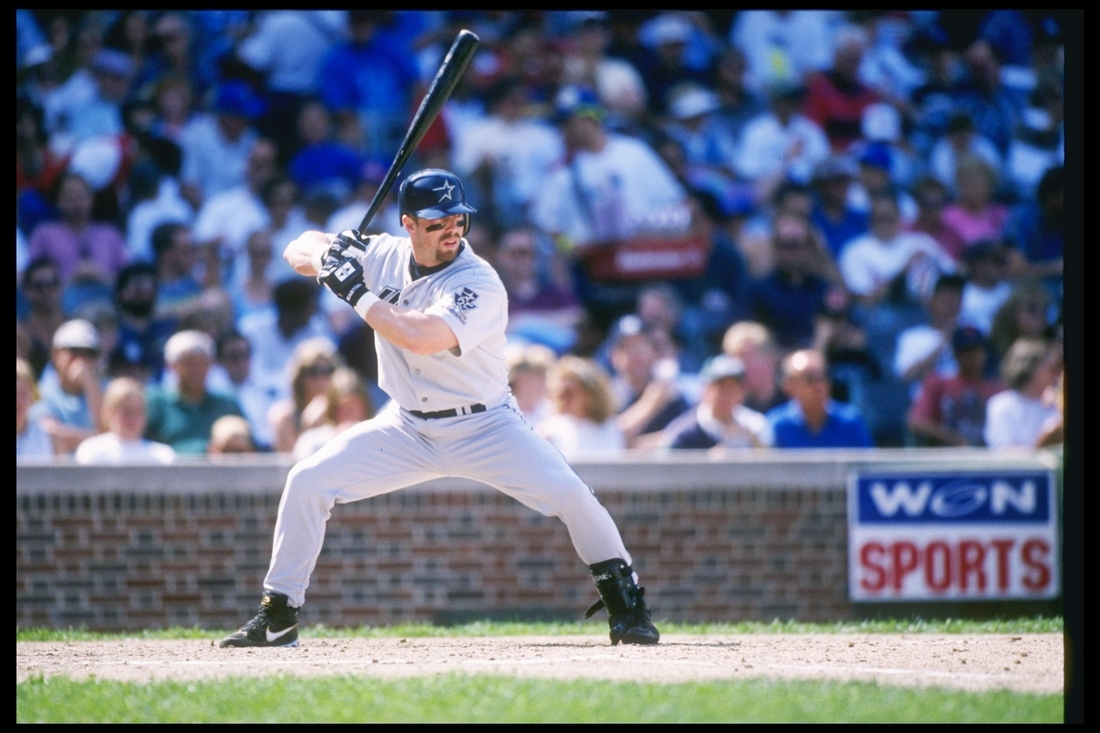 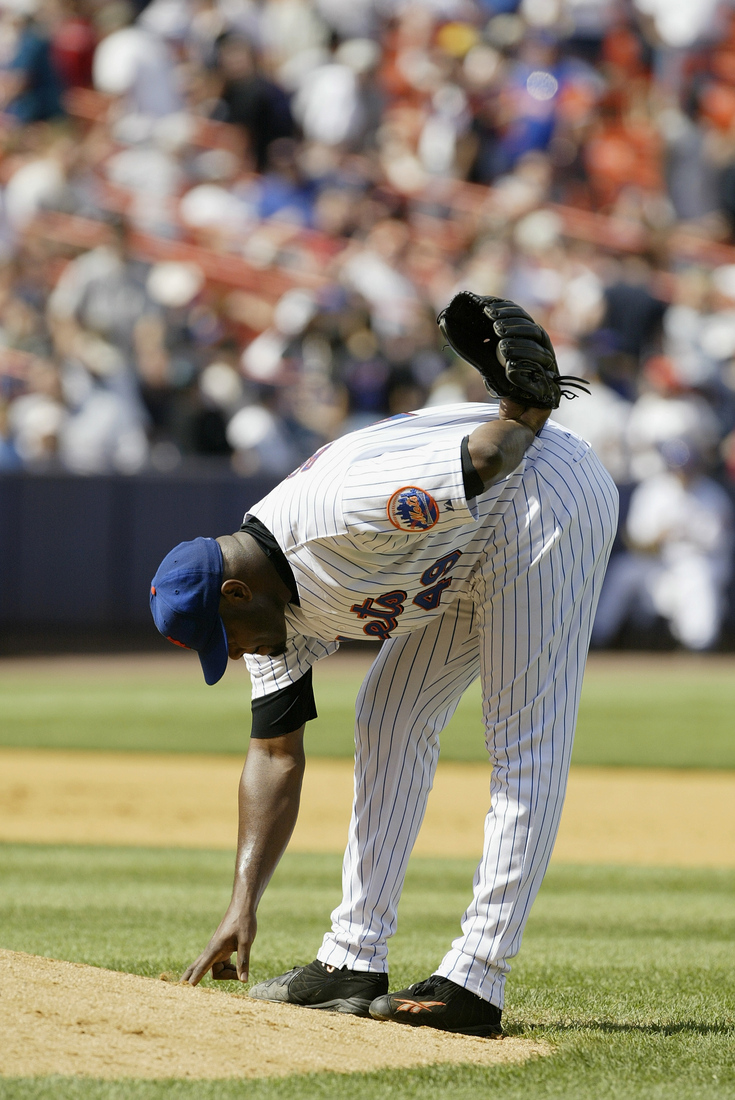 Armando Benitez after blowing a save in July, 2003 (Getty Images)

Armando Benitez: Proved Andy Warhol's prediction that in the future everyone will  save 40 games at least once. He also proves you can strike out 11 batters per nine and have a career ERA+ of 140 and still not be very good... On May 19, 1998, Benitez, then with the Orioles, was brought into that day's game against the Yankees with two men on, two outs, and the O's clinging to a 5-4 lead. After giving up a three-run homer to Bernie Williams, Benitez hit the next batter, Tino Martinez, in the back. A massive brawl ensued, after which Benitez was ejected. His replacement, Bobby Munoz, then gave up a home run to Tim Raines; after the game, Munoz said he felt he had no choice to throw the ball down the middle given how high tensions were running. Whether you credit that last longball to Benitez or not, he had a career rate of 1.1 home runs allowed per nine, fifth-highest all time among relievers.

Craig Biggio: Massively valuable in the 1990s, mostly depressing in the 2000s, and as such his quest for 3,000 hits was more about icing his Hall of Fame cake than any value he might have provided to the Astros. That said, he was of Hall of Fame quality with or without the big round number. Consider his place on the career doubles list. That's rarified company. And if the objection is he didn't narc on some hypothetical teammate, well, get in line, buddy -- there are as many writers who deserve to own that as there are ballplayers.Remember, Steve Wilstein's initial story on Mark McGwire's use of Androstenedione appeared in August 1998, months before all those awful books about how "baseball reclaimed America." The writers made their money on the spectacle and then, like Claude Rains in Casablanca were shocked, shocked to find cheating going on -- or what they perceived to be cheating. The whole inquisition that followed was based on rank hypocrisy, a lack of understanding of how drugs that are performance-enhancing in other, simpler games might apply to baseball (a matter that is not nearly as settled as some would have you believe), and self-aggrandizement. There is a line in Virgil, "We have made you of marble, for the time being." That qualifier stands as a warning to all ballplayers, even those such as Biggio, who were bystanders to the whole sorry era, in which baseball devolved into a subset of players chasing what was very likely a placebo and a subset of their former publicists catching them failing at it, then pillorying them anyway. 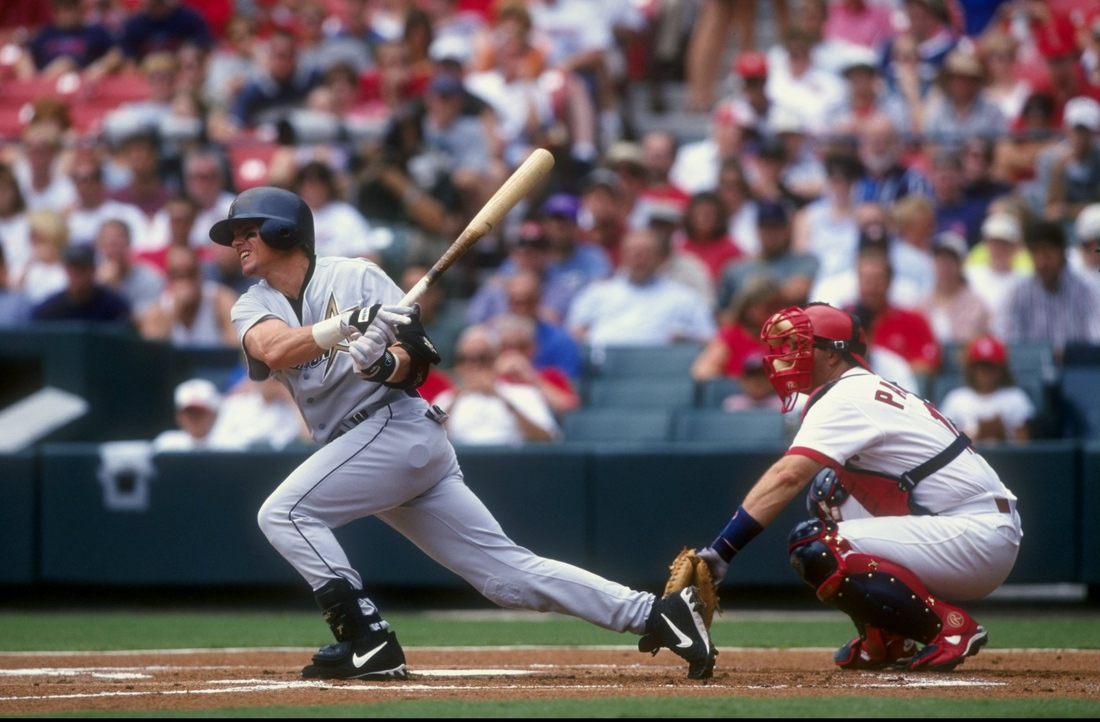 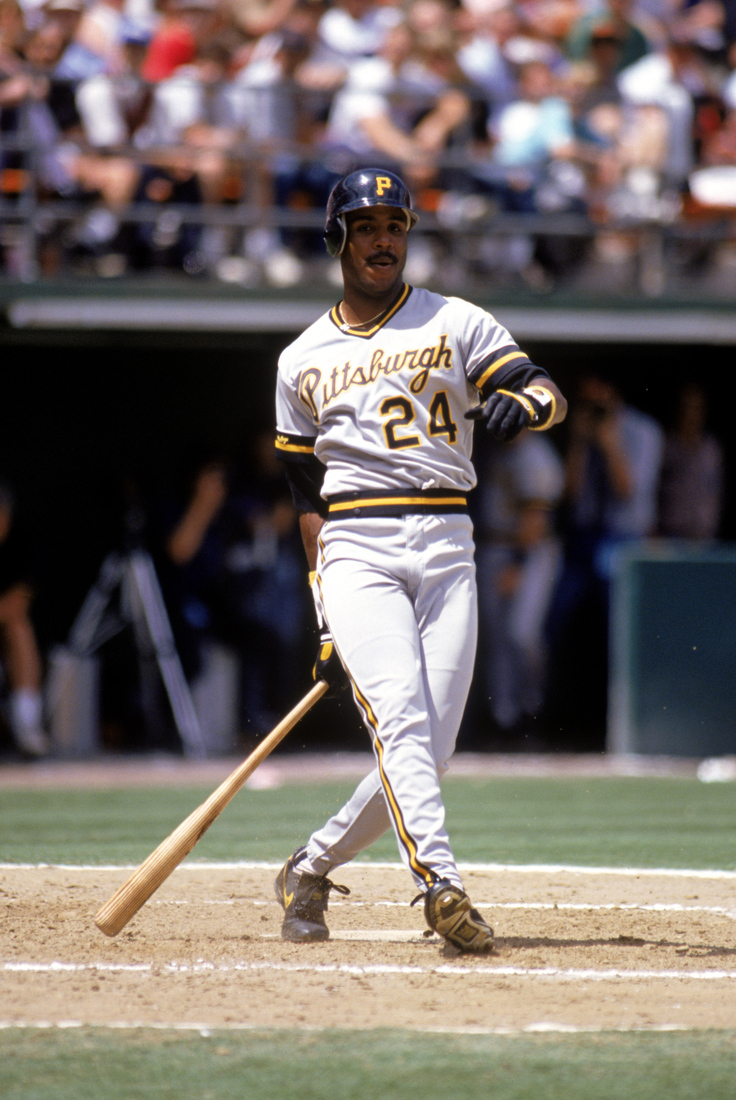 Barry Bonds: Yes, he used. Yes, he lied about it. No, he's not a particularly attractive personality. Unless you're prepared to argue that the stuff did disproportionately more for him than anybody else, or that he mind-controlled pitchers into walking him 200 times a year, get over it.

Sean Casey: Had three seasons in which he finished in the top 10 in at-bats per strikeout, but never led. Still, it's always good to see a player buck the prevailing trend. If another trend, the tendency towards defensive shifts, continues, you're going to see the Casey-type hitter come back into vogue because putting the bat on the ball is going to result in some .350 batting averages. Injuries meant Casey wasn't consistent at the level of his first two years as a regular; he had just one season of that quality after age 25 and was done at 33.

Roger Clemens: The Hall of Fame may instruct voters to consider amorphous notion of integrity and sportsmanship, but that squishy standard was long ago set aside by previous generations, who enshrined a parade of bigots, thugs, and drunkards, preferring to concentrate on what they did on the field -- and even then, what Ty Cobb and Babe Ruth did on the field involved going into the stands to hit hecklers. Rather than accept an invitation to hypocrisy, better to concentrate on what you know, and that's (a) Clemens had had a Hall of Fame career if only his Red Sox phase is considered, (b) he slumped in his early 30s before having the best career second act of any pitcher in history, including a season (1997) about as good as a pitcher has ever had, and (c) he used some pharmaceuticals, which may or may not have had something to do with it, but only if they had more of a benefit for him than they did for anyone else except Bonds. Subscribing to that last is roughly akin to validating Marvel Comics science -- you are saying you believe that whereas for 99 percent of humanity getting hit with a high dose of radiation would prove more or less immediately fatal, a lucky few are granted superpowers. 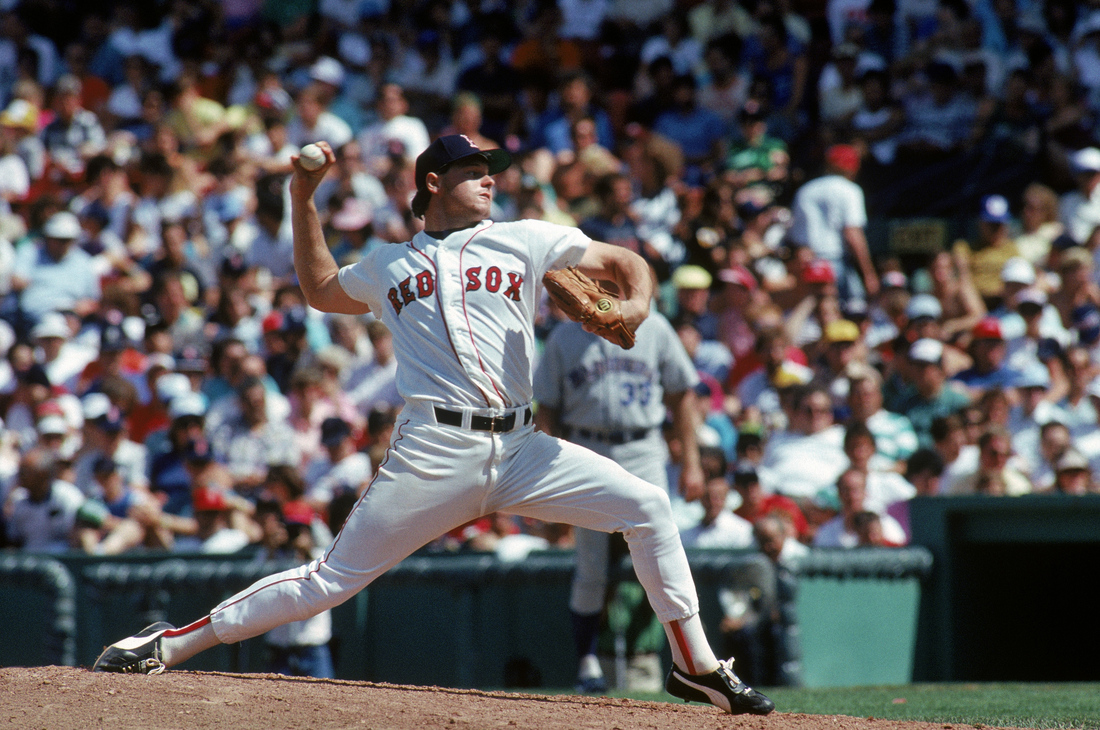 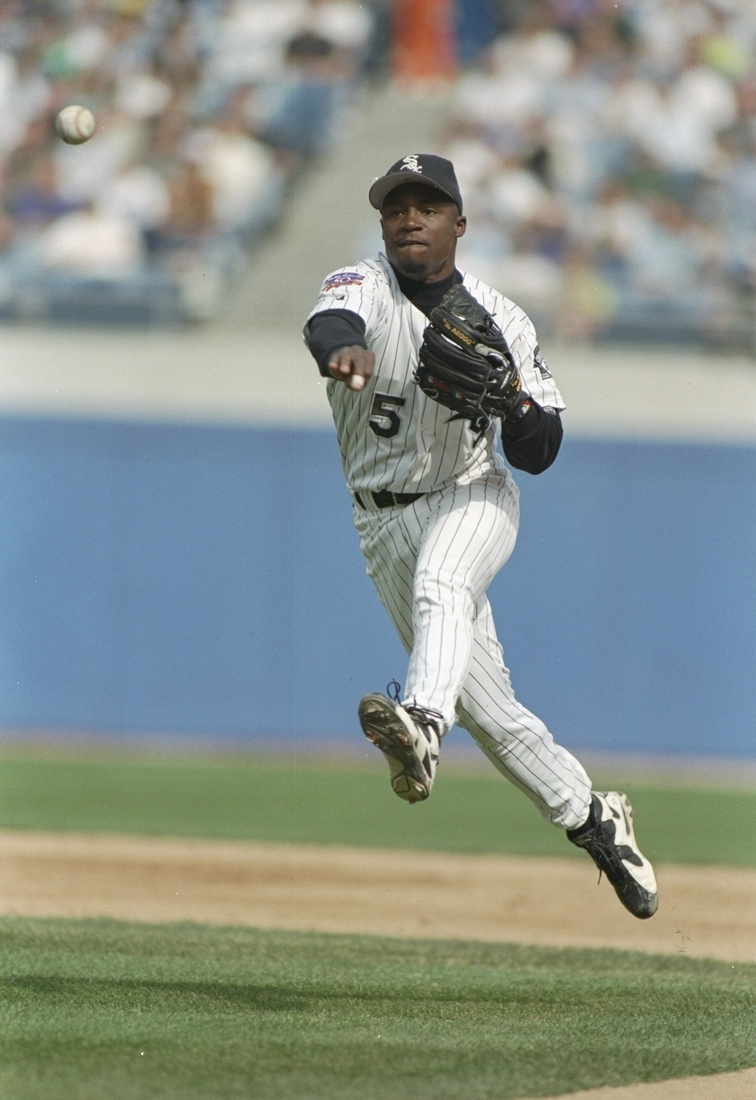 Ray Durham: A switch-hitter with patience and good power for a middle infielder, he was the Bernie Williams of second base, a fast guy who, despite his speed, was neither a good basestealer nor a strong defender. According to Baseball-Reference's fielding runs, he twice had one of the 10 worst defensive seasons in the history of second base, the second-worst career of any second baseman in history, and the 19th-worst defensive career of any player. As with many second basemen, his career didn't have much of a last act, preventing him from putting up we-don't-have-to-think career numbers.

Eric Gagne: If three strong years made a career, he'd be in. I was surprised to see that, at least as far as WAR is concerned, his best season wasn't all that special. Closers: the limited-use specialists we have mistaken for stars.

Tom Glavine: In his first full year in the majors, Glavine went 7-17 with a park-adjusted ERA 20 percent below league average. The odds against his becoming a Hall of Famer at that point were approximately a kajillion to one. Pitchers are capable of reinventing themselves -- Glavine became adept at changing speeds and utilizing an improved defense -- which is to say that Clemens' second act need not be attributed to drugs. 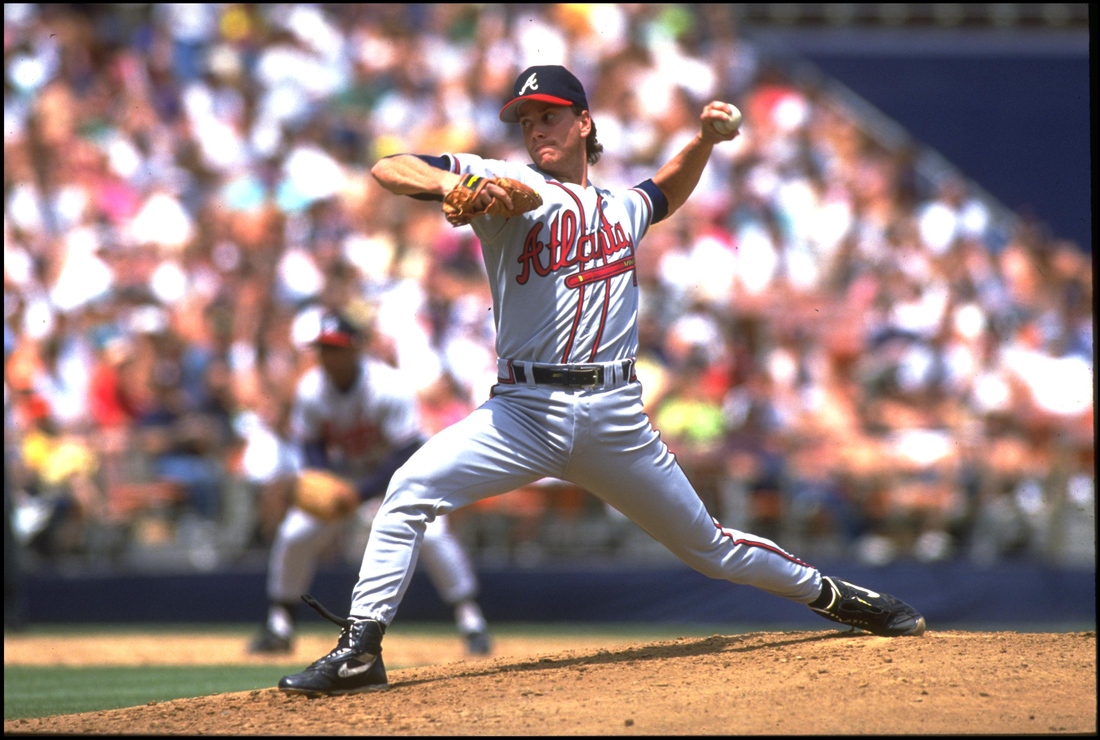 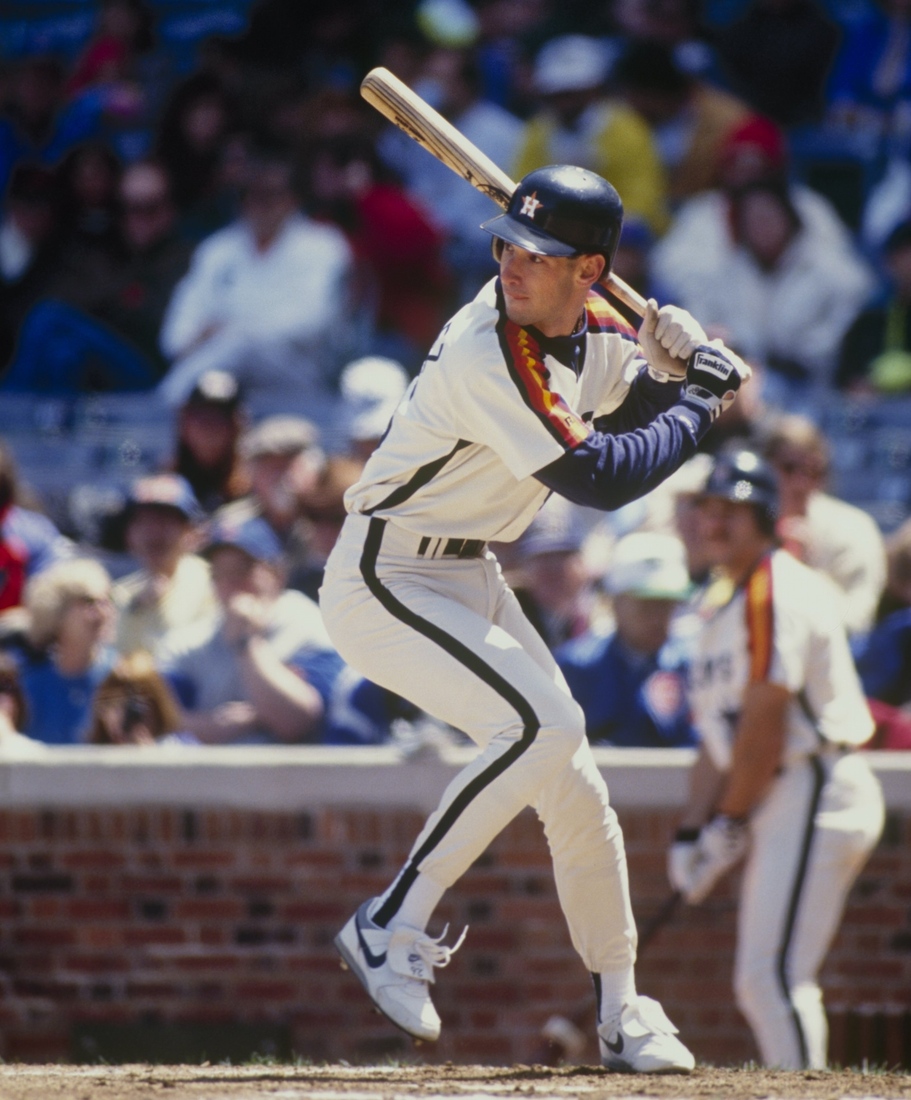 Luis Gonzalez: He had a very solid career at the sub-MVP/consistent All-Star level, like a sports version of Richard Widmark. That sets aside the weird outlier  that was his .325/.429/.688, 57-home run season of 2001. You can rationalize Gonzalez's 30s being so much better than his 20s by accepting that there was some confluence of late-arriving health and rising offensive levels; what he did with the Diamondbacks isn't that different from what he did for the Astros in 1993 -- except for that one year. Even with that bulge in there, his career wasn't any better than that of, say, Indian Bob Johnson or Dwight Evans or Bobby Abreu or a dozen other guys who aren't in and probably won't be getting an invitation anytime soon, if ever.

Jacque Jones: Jones' presence on the ballot suggests that whoever is putting the damned thing together has no idea to contextualize statistics. We have here a player who had only eight seasons as a regular, who was a significantly above-average hitter in just one of those seasons, wasn't particularly notable in the field or on the bases, and was so bad against same-side pitching that he should have been a platoon player. Speaking in his favor you have... what? Maybe that he slugged .448 career, which would be interesting if (a) he were a middle infielder and not a corner outfielder and (b) didn't play during a period in which everyone slugged .448. Why embarrass a player this way?

Quick and Dirty Guide to the Hall of Fame Ballot