Saltalamacchia has an offer to return to his home state as his options in free agency dwindle.

The Miami Marlins have made an offer to free agent catcher Jarrod Saltalamacchia, reports Ken Rosenthal of Fox Sports. Terms of the offer are not known, though Saltalamacchia turned down a two-year offer from the Red Sox earlier in the season in hopes of a longer deal.

The starting backstop in Boston the past three years, Saltalamacchia has blossomed as a nice offensive catcher. After hitting over 25 home runs in 2012, he broke out for a career-high 804 OPS in 2013 as he hit .273/.338/.466 with 14 long-balls. Among catchers with at least 400 plate appearances last season, he was fifth in slugging percentage and sixth in OPS. 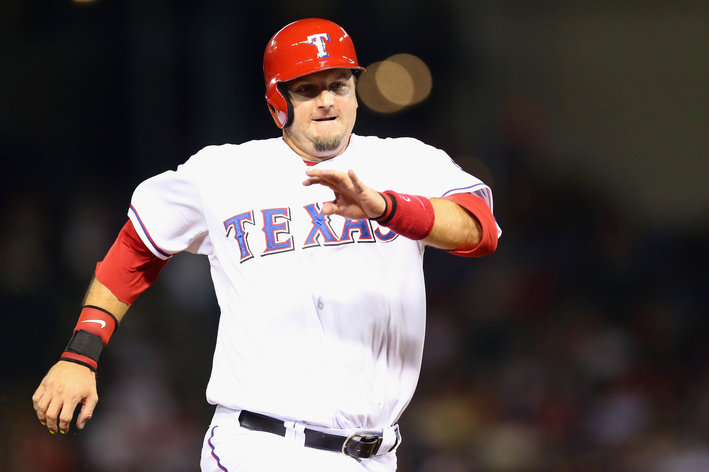 The Marlins have been eyeing catching improvements this offseason, showing interest in Dioner Navarro before he signed with the Blue Jays. Miami went through 2013 with Jeff Mathis as the primary starting catcher. Despite being a very good defensive player, Mathis's weak offense (a 535 OPS in 2013) makes takes away nearly any value his defense brings. Rob Brantly also spent a significant amount of time behind the plate, but was a worst hitter than Mathis.

Saltalamacchia, 29, is from West Palm Beach, FL. Signing with the Marlins would put him right back near his hometown, an oppotunity many players do not receive.

The Red Sox recently came to an agreement with A.J. Pierzynski to be the team's new starting catcher, meaning Saltalamacchia likely does not have a place there anymore. Other teams rumored to be looking for a catcher include the Rockies, Rangers and White Sox.