Tuesday continues to be bonkers in MLB as the Bronx Bombers are closing in on a deal with the former Red Sox center fielder.

The New York Yankees have reportedly come to a seven-year deal with free agent center fielder Jacoby Ellsbury, reports Jon Heyman of CBS Sports. Mark Feinsand of the New York Daily News confirms the report and says the deal is done and pending a physical.

The agreed-upon deal is worth $153 million and will make Ellsbury the team's new center fielder. That deal eclipses the seven-year, $141 million contract Carl Crawford signed with the Red Sox prior to the 2011 season. Crawford is now a Dodger. 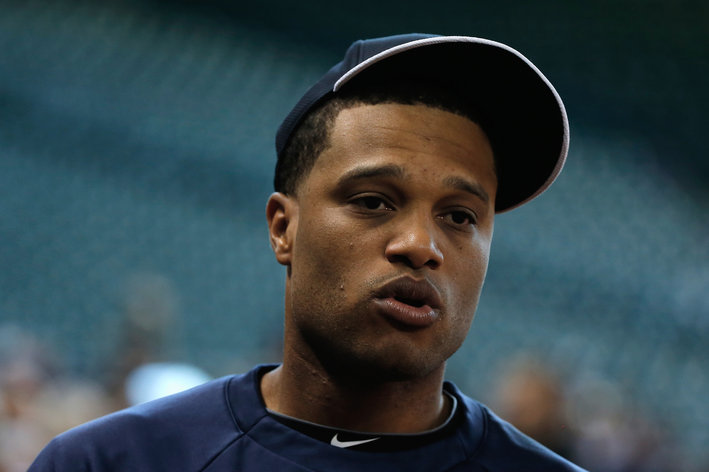 The Mariners courtship of Robinson Cano could turn more serious if the Yankees fall out of the picture.

Ellsbury, 30, is a seven-year major league veteran who had spent his entire career with the Red Sox. He has led the league in stolen bases three times, including in 2013 when he swiped 52 bags while hitting .298/.355/.426. He has gap power and has hit double-digit home runs just once, when he blasted 32 long-balls in 2011 en route to a second place finish in AL MVP voting. For his career, he has a 789 OPS. Ellsbury is known for both his speed and his outstanding play as one of the premier center fielders in MLB.

Ellsbury has also been somewhat injury-prone over his career. He played in just 18 games in 2010 after a collision with third baseman Adrian Beltre resulted in four fractures. He also missed half of the 2012 season due to subluxation in his right shoulder suffered while attempting to break up a double play. Ellsbury suffered a compression fracture in his foot in late-August of 2013, resulting in him missing a month.

While this deal would seemingly make it difficult for the Yankees to also accommodate the big contract that Robinson Cano will receive, the team reportedly believes there is room on the payroll for both players in addition to another starting pitcher. That would seemingly make their stated goal of staying under the $189 million luxury tax cap nearly impossible, especially if the Yankees are able to win the bidding for Japanese ace Masahiro Tanaka when a new posting system is in place.

Ellsbury coming aboard also severely reduces the probability that the Yankees will sign another outfielder such as Carlos Beltran, Shin-Soo Choo or Curtis Granderson. They now have Ellsbury in center with Alfonso Soriano, Brett Gardner, Ichiro Suzuki and Vernon Wells able to play on the corners.

• Rob Neyer: The Hall of Fame candidate no one talks about