Dexter Fowler trade a steal for the Astros

Fowler is a flawed player, but a valuable one, and the players the Rockies received may not be anything at all.

Share All sharing options for: Dexter Fowler trade a steal for the Astros

We like to pretend that ours is a completely egalitarian society, that your talents speak more loudly than your place of origin, your family name, or what school you attended. This should be true particularly in baseball, where the only qualities that matter are how fast you can run and how hard you can hit or throw the ball.

It's not true. A ballplayer's pedigree does matter, at least to some. That's the only way to explain Tuesday's trade of Colorado Rockies outfielder Dexter Fowler to the Houston Astros in exchange for right-handed starting pitcher Jordan Lyles and outfielder Brandon Barnes. See, Lyles was once sort-of a first-round draft pick.

Fowler is a frustrating player. He's very streaky, often injured (though rarely disabled), a fast runner who isn't a basestealer or an elite defender, a hitter who neither hits for much in the way of power nor compensates with a high batting average (or vice-versa). He does show good patience, averaging 79 walks per 162 games played, is a legitimate switch-hitter, and two years ago he hit .300, an outlier in a sea of .260-something averages.

The objective point of view is that Fowler is a kind of poor man's Bernie Williams (or going further back, Roy White), the kind of player who can do a little bit of everything but doesn't get much appreciation because the whole seems to be less than the sum of his parts. In that sense, Fowler being traded to a new organization is the best thing for all concerned. The Astros get to make an upside play for an outfielder who may have been undervalued by his original organization, the Rockies get rid of a guy who could never live up to their expectations, and Astros fans (and the rest of us) get to appraise him with new eyes.

One thing is certain: If Astros fans have high hopes for Fowler, it won't be because they expect him to justify the talent given up to get him. We can dispense with Barnes first. He's 27 and just completed his first full season in the major leagues. Not too put too fine a point on it, but he can't hit. The main problem is that he doesn't know the strike zone from a diagram of a woodchuck's digestive tract. Any hitter this impatient puts tremendous pressure on himself to hit for average so as to present a decent on-base percentage. Barnes hit .261 in the minors and .233 in the majors. He has defensive ability, but the only reason he played as much as he did was because the 2013 Astros were the functional equivalent of an expansion team.

Lyles was drafted by the Astros with the 38th pick of the 2008 amateur draft, which is to say during the supplemental phase of the first round. He went just before Lance Lynn and a few picks before Wade Miley. I find his Baseball Prospectus comment from that year instructive: "A first-round high school pitcher, Jordan Lyles is a classically tall, thin pitcher who can be projected to fill out and add oomph to his fastball." Projected, yes, but it doesn't always happen. Lyles' fastball sits around 91, and he doesn't get much in the way of swings and misses. That means he allows a high rate of balls in play and is at the mercy of fielders, his parks and luck. He does get an above-average number of grounders, but not quite enough that it's made him a successful pitcher. A three-year veteran at 23, Lyles was certainly rushed and might yet find that something extra that will make him into the star he was (ahem) projected to be, but it might not ever happen.

The Astros do take on some risk here as well. Fowler is signed to a $7.35 million contract for 2014. He becomes their most expensive player. He will be eligible for arbitration after the season, which means another bump in pay (how well he does will control only the extent of the raise, but it will happen regardless), and then a year after that he's a free agent. If he plays as well as the Astros hope he does he might no longer fit within their budget.

It's also possible Fowler could vanish at sea level -- he hit .298/.395/.485 in Colorado, but .241/.333/.361 on the road, with just 13 home runs in 1047 at-bats. Still, the patience should be there regardless, and in that sense Fowler, so often cast as the disappointment, can now be cast as a role model for what is and will continue to be a very young team. The Astros need that given just how frequently their hitters lost control of the strike zone last year, with their record-setting strikeout total and very low (though not quite as historic) walk total. 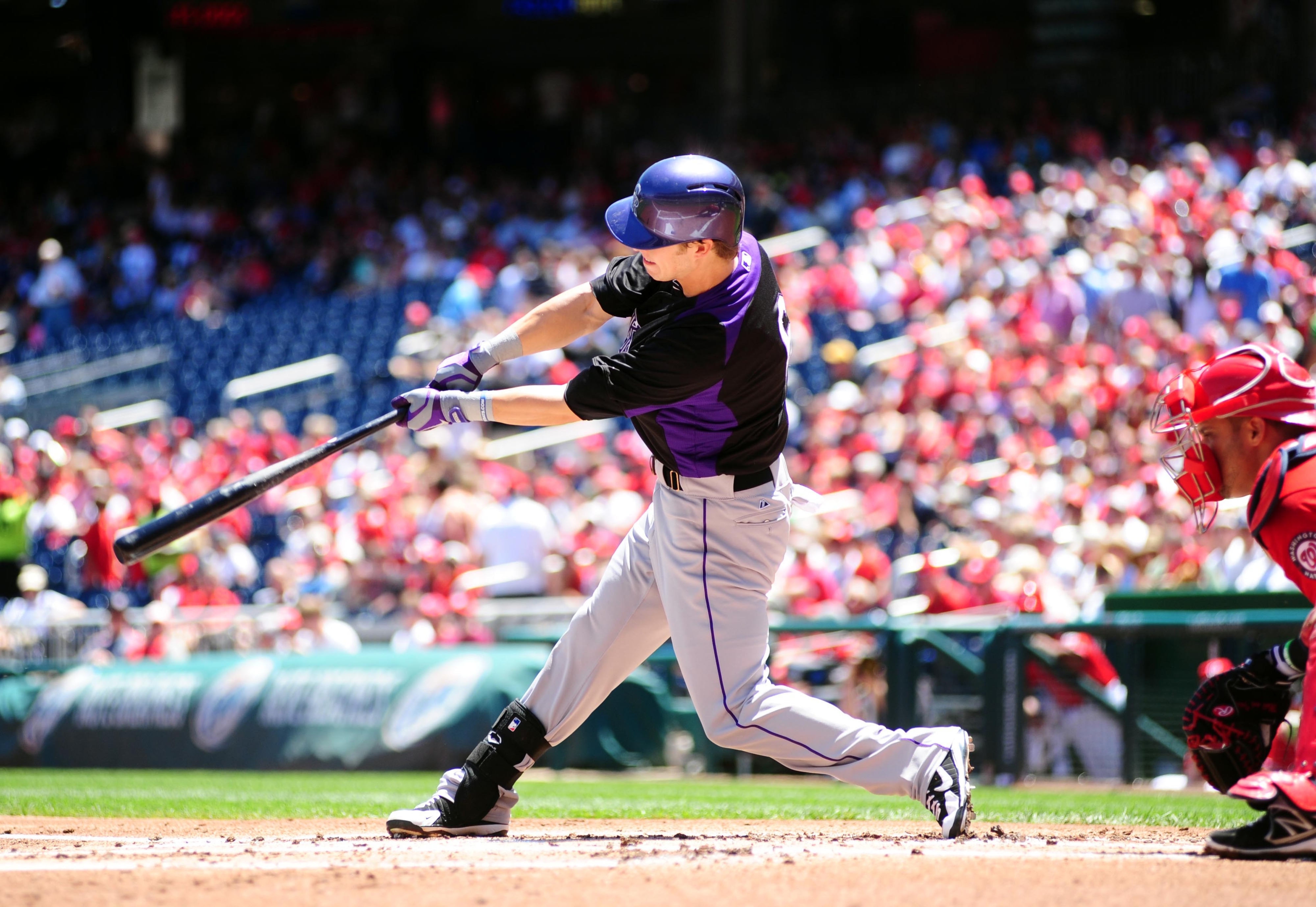 Conversely, the Rockies have just deleted their most patient hitter. Though another move is always possible, as things presently stand his at-bats will devolve on Charlie Blackmon (seven walks in 82 games) and Corey Dickerson (16 in 69 games). Dickerson may have sufficient power that he offsets the loss in other ways. Slugging prospect Kyle Parker may also take some outfield turns (in a corner, not center) before the year is out, but there is a broader point to be made about the Rockies and patience: One paragraph ago, I mentioned the Astros' very low walk total. It was 426. The Rockies drew 427. Even in the age of the humidor, Coors Field remains a very generous hitting environment. The Rockies had 274 extra-base hits at home, their opponents 261. The park doesn't know who is hitting there, the home team or the visitors; it is what it is regardless. That being the case, it behooves the home team to make every effort to emphasize patience, to be certain that they are going to put more runners on base than the other guy, because when the big blow comes for each side, yours is a three-run shot and his counts for only two.

The Rockies have never done that. Other than Todd Helton, no Rockies hitter has drawn 100 walks in a season. Only three, Helton, Larry Walker, and current manager Walt Weiss, have taken more than 89. On the other extreme, there have been 27 separate player-seasons in which a Rockies batter came to the plate 400 or more times and drew 30 walks or less. That list includes 2013 Rockies catcher Wilin Rosario, with 15 free passes in 466 plate appearances, infielder D.J. LeMahieu, with 19 in 434, rookie third baseman Nolan Arenado, with 23 in 514, as well as Tyler Colvin and Jordan Pacheco, both of whom got there in 2012.

Go back to the review of Barnes, above: When a hitter is that impatient, he puts a terrible amount of pressure on himself to hit safely whenever he puts the ball in play. The Rockies have put together a whole team of those guys, and unless they ultimately sign Shin-Soo Choo, they just made it worse, all in favor of a completely speculative fling with Lyles and a deal with a veteran first baseman who may well be shot in Justin Morneau. He's a little patient, by current Rox standards, but given rates of .256/.319/.406 over the last three years, he doesn't do the other things that good first baseman do, like hit.

• Rob Neyer: The Hall of Fame candidate no one talks about