One of the all-time great Chicago White Sox players has the numbers and lengthy period of dominance that voters eat up. Unfortunately, like most of the other players on this year's ballot, the era in which he played will almost certainly be held against him.

Longtime Chicago White Sox slugger Frank Thomas makes his debut on the Hall of Fame ballot this year alongside a host of other terrific first-time nominees, including Greg Maddux, Tom Glavine and Mike Mussina. Thomas is by far the most accomplished offensive player of the first-year group and is one of the top hitters on the ballot altogether.

Thomas broke into the league as a 22-year-old in a big way. He hit .330/.454/.529 with 21 extra-base hits in 240 plate appearances while walking nearly as many times as he struck out. It was enough for the No. 7 overall pick in the 1989 MLB First-Year Player Draft to earn a full-time spot with the White Sox heading into the 1991 season. Thomas responded by leading the league in on-base percentage and walks while hitting .318/.453/.553 with 32 home runs and finishing third in the MVP voting.

Thomas did his best work in 1993 and 1994, earning back-to-back American League MVP honors. He was deeply entrenched in the Triple Crown race when the latter campaign ended in a strike, boasting a .353/.487/.729 line with 38 home runs and 101 runs batted in. It wasn't easy to be the best offensive player in either league at a time when the competition included the likes of Ken Griffey Jr., Barry Bonds, Albert Belle, Jeff Bagwell and others all in their prime, but Thomas was right up there with them. He accumulated 7.1 offensive rWAR in consecutive seasons, finishing second to only Bonds over that two-year stretch. 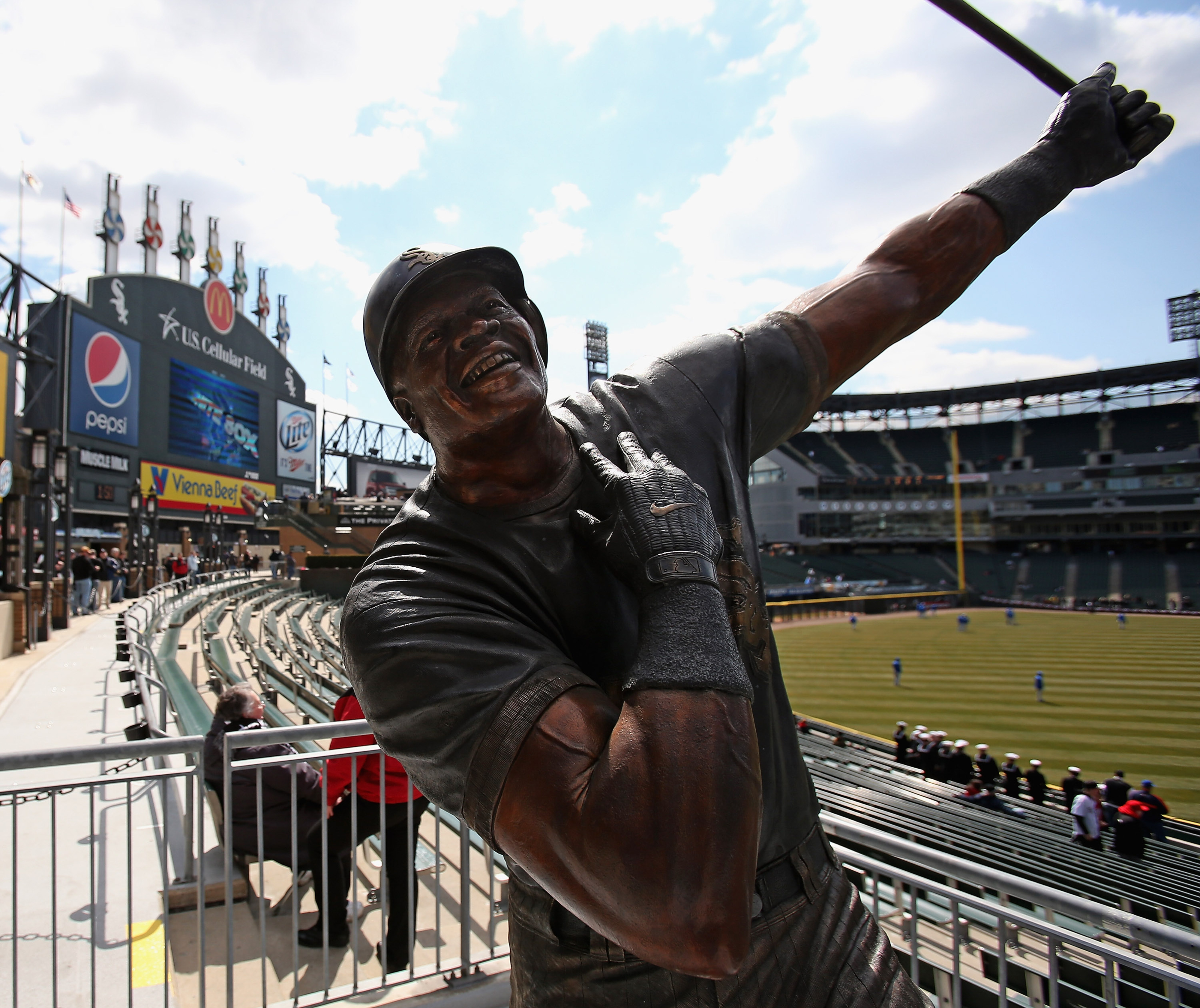 The man known as "The Big Hurt" finished his career a .301/.419/.555 hitter with 521 home runs, 1,704 RBI, and 2,468 hits. Those are the sort of eye-catching numbers voters love. In addition, Thomas compiled 73.6 rWAR and scores a 59.5 in Jay Jaffe's Hall of Fame scoring system, JAWS. That's good for ninth all-time among first basemen, and six of the players ahead of him are already enshrined in Cooperstown. Only Albert Pujols, who is still active, and Jeff Bagwell, who is entering his fourth season on the ballot, have yet to be elected.

Thomas spent the majority of his career as a designated hitter. Granted, he put up precisely the sort of numbers that a DH would need to overcome the lack of a real position. However, it negatively impacted his value as a player and makes him appear pale in comparison to, say, Bagwell, who actually remained at first base for most of his career and was largely very good at the position.

Bagwell played against the same competition as Thomas and posted similar numbers but still remains on the ballot, instead of enshrined in the Hall, mostly because of the era in which he played and the unfounded suspicion that comes along with it.

Thomas unfortunately might suffer the same fate, though, like Bagwell, he should see his name and face on a plaque in Cooperstown once the voters come to their senses.