The Rocket has more Cy Young Awards than any pitcher in the history of the game, but his connection to performance-enhancing drugs makes his election this winter a long-shot.

Based on his statistics and his accomplishments, Roger Clemens is one of the greatest pitchers the game has ever seen. He might even be the greatest. He has also become one of the poster boys for the Steroid Era, thanks to the allegations in the Mitchell report from trainer Brian McNamee and others that he used performance-enhancing drugs for years. Though Clemens never tested positive for any PED and was cleared of the perjury charges brought against him for the denial of steroid use he made before Congress, the majority of Hall-of-Fame voters still held accusations against him in his first year on the ballot and he earned just 37.6 percent of the vote last winter 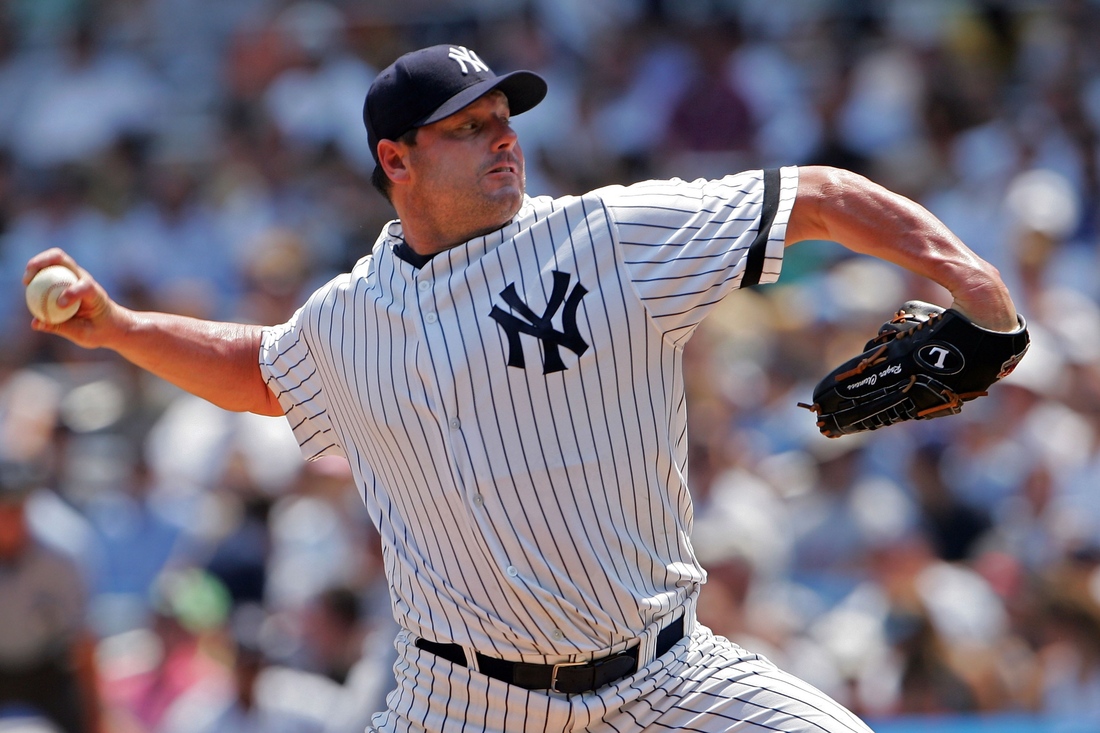 Whether you are looking at traditional metrics or advanced statistics, Clemens' numbers place him in the upper echelon of pitchers. He led the league in ERA seven times in his 24-year-career, strikeouts five times, wins four times, winning percentage three times, ERA+ eight times, WHIP three times and strikeout-to-walk ratio four times. His career 139.4 rWAR is the third highest total in history. His 354 wins ranks ninth. His 143 career ERA+ is 11th all-time. His 708 adjusted pitching runs is the second highest number of runs saved in history based on linear weights, behind only Cy Young.

His achievements in the game are at least as impressive as his numbers, if not more so. He won seven Cy Young awards in his career, more than any other pitcher in the history of that award. He also finished second in the voting once and third twice. He won the 1986 MVP award, the only starting pitcher to earn the MVP from 1971 when Vida Blue won it to 2011 when Justin Verlander earned the nod. He was named to 11 All-Star Games and named the starting pitcher three times, twice for the American League and once for the National League. He was the MVP of the 1986 All-Star game, earning the win with three perfect innings. In 1997 and 1998 he won the pitching Triple Crown in the American League, leading the lead in wins, ERA and strikeouts. In 1986 He became the first player ever to strikeout 20 batters in a game and ten years later, he also became the second player to do so.

While his postseason numbers don't fit with his best single-season statistics, he won World Series rings with the 1999 and 2000 Yankees and posted a respectable 12-8 record with a 3.75 ERA in 35 post season appearances. He was his best in October on the biggest stage. In his eight World Series starts, he went 3-0 with a 2.37 ERA and struck out 49 batters in 49 1/3 innings.

An entirely dispassionate take on this year's HoF class.

Though Clemens was cleared of perjury, the district court ruling hardly proves that he didn't use steroids. Clemens was named 81 times in the Mitchell report. He was accused of PED use by former Red Sox teammate Jose Canseco in his book,  Juiced: Wild Times, Rampant 'Roids, Smash Hits & How Baseball Got Big, which prompted Major League Baseball's investigation of performance-enhancing drug use. Along with teammate Andy Pettitte, he was named as a PED-user by pitcher Jason Grimsley, who told investigators that he obtained amphetamines, Human Growth Hormone (HGH) and steroids from Clemens's trainer, Brian McNamee. McNamee then stated that he injected Clemens with steroids multiple times during his career. During the perjury trial, Clemens's defense team was able to portray McNamee has an unreliable witness, which, along with misconduct by prosecutors helped clear him of the charges.

In some ways, Clemens' elite performance may be as much a reason for voters to turn against him as it is for them to vote for him. Only seven pitchers in history have won more games after age-35 than Clemens and two of those are knuckleballers. Only Cy Young, Phil Niekro, and Randy Johnson produced more rWAR after that age and Johnson did not pitch over 200 innings once before age-26, while Clemens averaged 206 innings at the major league level from age-21 to age-26. He posted his best season by both ERA and ERA+ at at any age (42) that few pitchers ever reach as major leaguers. Even though Clemens never failed a drug test -- pitching parts of three season with testing in place -- the combination of his late-career performance and the accusations from McNamee, Canseco and Grimsley, have remained compelling. At this point, few voters or fans doubt that he used PEDs in the later stages of his carer.

As long as voters continue to punish alleged steroid-users harshly in their selection process, Clemens will have a difficult time getting elected. Like Barry Bonds, few if any voters doubt his qualifications based on his numbers, but the way he achieved those numbers is certainly in question. If future voters take a less dramatic position on steroid use, he will certainly be elected at some point, but until then, his connection to PEDs will keep him out.