The Jack Zduriencik All-Stars and trading for David Price

Stop this man before he trades again!

Share All sharing options for: The Jack Zduriencik All-Stars and trading for David Price

Years ago, Bill James published several "All-Star teams" for several managers, teams that picked a best season the manager had at each position. These were not only fun, but revealing of preference -- it was a good way of illustrating the quirks and preferences of each manager. You might notice that John McGraw rarely had a traditional slugging first baseman (Bill Terry was an outlier) or that Whitey Herzog's representative team really was, with only mild exaggeration, eight switch-hitters stealing 50 bases each. It occurred to me that you could do the same thing with general managers, but the results would be more revealing because in the modern game they were the men acquiring the players. You can see the results for Dayton Moore and Pat Gillick; I figured I might as well start at opposite ends of the spectrum. I'll leave you to decide what spectrum that is, and where the two men in suits belong on it.

On Wednesday, a series of rumors to the effect that Mariners general manager Jack Zduriencik, who is heading into his sixth year on the job, was about to make a splashy signing or trade. All thoughts naturally turned to the Rays' left-handed ace David Price and a package of M's talent that included top pitching prospect Taijuan Walker. At this writing we're still waiting for the rumors to pay off. They might not; there is a very good alternative history of baseball that could be written by relying purely on trade rumors.

Still, it seems likely that Zduriencik will have to do something this winter. The Mariners haven't made the playoffs since 2001 and haven't even finished over .500 since 2009. Mariners ownership is notoriously detached, but you'd think they would be feeling some frustration at this point. Zduriencik's various innovations, which have included a momentary obsession with defense at the expense of all else, haven't really paid off. As with all GMs, Zduriencik has had some bad luck -- his acquisition of Franklin Gutierrez from the Indians in a three-way deal that also brought in Jason Vargas was masterful; that Gutierrez has since been sidelined by every injury this side of leprosy was not his fault.

Having said that, it's worth debating whether Zduriencik has suffered an outsized streak of bad luck or there has been a built-in self-destruct sequence to his best players. The Mariners haven't been able to consolidate player breakthroughs and build on them. Consider his best position players:

*The Mariners haven't had a starting left fielder for more than two minutes at a time during the Zduriencik era. In three of his five seasons, the most games any one player played at the position was 42, and in the two others Michael Saunders led the parade with 74 and Raul Ibanez with 97. Going strictly by WAR, the most valuable left fielder Jack Z has had was Ryan Langerhans, who got 132 plate appearances and hit .197 in 2010. I opted for the 41-year-old Ibanez, who at least hit a bunch of home runs, but in real terms the Mariners have basically hung out a "Room to Rent" sign on the position since Ibanez's second stint with the club ended in 2008.

Jaso was turned into Mike Morse, a two-time loser for Zduriencik; the GM had previously turned him into fifth outfielder-type Ryan Langerhans. The second time around, Zduriencik flipped Morse for Orioles outfield prospect Xavier Avery, another member of the Future Reserve Outfielders of America, a service organization best known for supporting advanced research into a cure for groin pulls through marathon sponsorships and selling magazine subscriptions to the elderly. 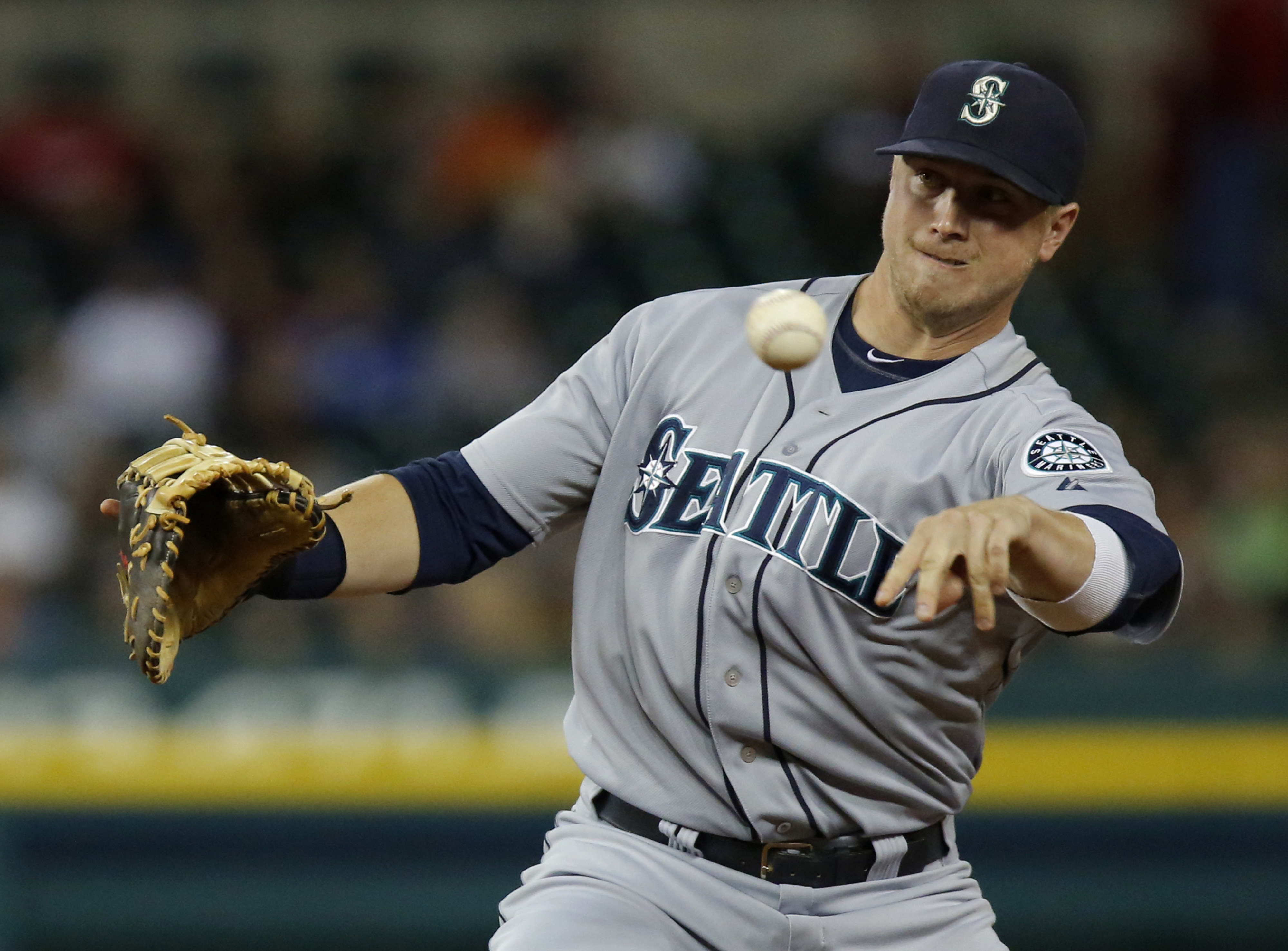 Branyan was a one-off who was properly let go, but despite some flashes and a boatload of excuses involving injuries and off-field issues, Justin Smoak has not shown he can be a starting first baseman in the majors, all the more galling since he was the major reward for dealing Cliff Lee (Another trade of a starting pitcher, the Michael Pineda-Jesus Montero deal, has been a loser for both teams, but Zduriencik overlooked the primary reason the Yankees were interested in trading Montero -- he couldn't catch -- and squandered a then-valuable asset). Ackley has regressed and been moved off of second base to make room for Nick Franklin. Ryan was displaced by Brad Miller, one of the few positive developments in this litany. Suzuki got old and was given away. Ibanez was forced to squander one of the best power seasons by a player in the 40-and-up bracket by being pushed by Smoak and Morales into wearing a glove, thus offsetting good hitting with bad defense. Given his age, he might not have any more to give. Morales may yet leave as a free agent.

With the arrival of Franklin, Miller, Walker (should the M's retain him), and catcher Mike Zunino, the Mariners certainly have talent to build around. There is also the reality of their ballpark, which suppresses offense. Still, Zduriencik's shortcomings in building an offense can be summed up nicely by what the Mariners haven't had during the last five years:

When general managers get panicky, ill-considered moves follow. Zduriencik has already made enough of them that he probably shouldn't get the keys to make more without adult supervision. Consider Dayton Moore's trade of Wil Myers for James Shields. Yes, he helped the Royals have a feel-good season in 2013. The long-term impact is still unknown, and is almost certain to redound to their detriment.

The question in the end is just how much rope Zduriencik has at this point. As the Blue Jays demonstrated this season, even if you denude another team's roster of its best players, it's very hard to take an 73-89 record and reverse it; the 2013 Red Sox' accomplishment of the same is a torch that teams like the Mariners can look towards, but historically they're an outlier. The Mariners have far more work to do, and their list of needs will only get longer if they strip their roster in order to acquire a year or two of David Price. Stop this man before he trades again.