Robinson Cano to the Mariners: Everyone gets what they want... sort of

A huge deal has the potential to bring the Mariners great rewards and the Yankees great regrets, but the opposite could be true as well.

Share All sharing options for: Robinson Cano to the Mariners: Everyone gets what they want... sort of

Robinson Cano has signed with the Seattle Mariners for 10 years and $240 million. Everyone got what they wanted, or maybe it's just almost everyone: Jay Z got the big free-agent contract to mount over his mantelpiece, Jack Zduriencik bagged the big game that had eluded him in five years of running the M's, and Robinson Cano gets to be very, very rich. Whether he actually wanted to go to Seattle, a beautiful city that is nonetheless not the media hub that New York is, happens to be about as far from the Dominican Republic as you can get and still be in the major leagues, and boasts a lovely ballpark that kills offense dead, well, that is apparently beside the point.

The Yankees' refusal to go far over what was apparently a seven-year, $175 million offer -- a million more per annum (on average) than Cano got from the Mariners, but an apparently critical three years shorter -- was what provoked Cano to make this change. He is now wrapped up through his age-40 season, the undiscovered country from whose bourn no second baseman returns. No doubt you have seen these kinds of lists a million times by now, the ones that show that the list of great seasons by second basemen from age-38 up (the years the Yankees weren't willing to pay for) are pretty much non-existent, consisting of a Nap Lajoie season from (literally) a hundred years ago, a Joe Morgan encore, and odd bits of Jeff Kent and Davey Lopes. Cano is a good enough hitter that by the time he's too old to play a good second base chances are there will still be enough left in his bat that he can slide over to first base or designated hitter and still contribute at a high level, but that's far from a sure thing.

Bobby Grich and Jeff Kent, two of the best-hitting second basemen in history, made that kind of transition late in their careers, but there is reason to be skeptical that Cano can, first because old is old, and ages 38 and up are years of decline for all players, not just second basemen. Second, while Cano has become moderately more selective in recent years, seeing fractionally more pitches per plate appearance, he's still an inveterate first-pitch swinger -- he was 12th in the AL this season in percentage of plate appearances in which he swung at the first offering -- whose increasing walk totals of recent years are probably more reflective of pitchers giving him a wider berth than of any inclination to be more selective on his part. If you want a third leg to the tripod of doom, it's that while Cano has legitimate power, his current home run rate is a gift of Yankee Stadium III. In his career he averaged a home run every 34 at-bats at the old Stadium, one every 19 at the new one, and one every 29 at-bats everywhere else. He's hit one every 38 at Safeco Field, or about 17 per the 629 at-bats Cano has averaged per 162 games played.

The vicious termites of age are the enemy of batting average. Cano is a career .309 hitter, but if we look five years into the future, to the second five years of his contract, we can see that in the post-expansion era (1961 to present), just eight players who had 1,500 or more plate appearances have hit over .300 from age 36 up, and 17 (including Kent) have kept their batting average over .290. Unless Cano keeps adding walks as he loses points on his average, his on-base percentage will slide towards league average. Safeco will help push him there -- according to the park index in the Bill James Handbook, over the last three years, Safeco has suppressed left-handed batting average by 10 percent over (that is below) the average and home runs by 15 percent. Conversely, Yankee Stadium has pumped lefty hitters in those categories by three and 27 percent, respectively. The fences did come in at Safeco in 2013, however, it's hard to glean much from one year of park data.

Given that Cano is already slow, there is virtually no chance he will finish out his contract as a second baseman. His range is good now, but he doesn't have a first step to lose.

That's all for the future, though. In the short term, the Mariners have a bona fide star, an excellent hitter and fielder who has some small flaws  -- that aforementioned tendency to swing at the first pitch and expand the strike zone in key situations (such as the postseason), the occasional rock on the bases, the increasingly infrequent vapor lock in the field -- but then, no player this side of Mike Trout is perfect. 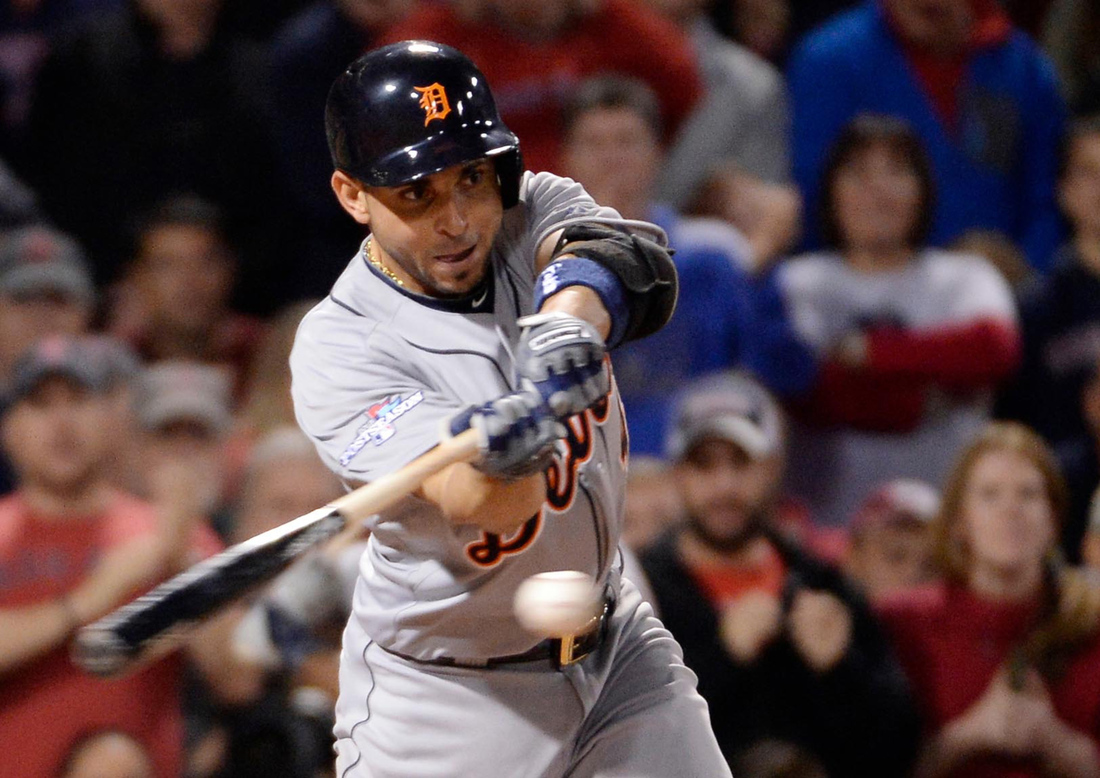 For the Mariners, the big question is what they do for an encore, and if they can swing a deal for David Price or another big-time arm, because Cano -- and perhaps not even Cano and Price -- gets them all the way back to the postseason. Their outfield is basically nonexistent, their bullpen endgame still unsettled, the back of the rotation unproven. For the Yankees, this is a serious blow not wholly offset by the signings of Jacoby Ellsbury and Brian McCann, and even if they sign an interim replacement such as Omar Infante (a .296 hitter over the last five years, but it's a soft average with little in the way of patience or power), they are going to miss Cano badly.

Given the way increasing television revenues have inflated player salaries this year, it is possible the Yankees will regret not making the same evaluation the Mariners did, which is to say that they're probably not any more sanguine than the Yankees about the value of those last three years than the Yankees were. Realistically, it's a seven-year deal with a three-year sinecure. Had the Yankees not been so fixated on the $189 million budget mark (which they might yet push beyond), they could have upped Cano's average salary even higher without increasing the number of years. 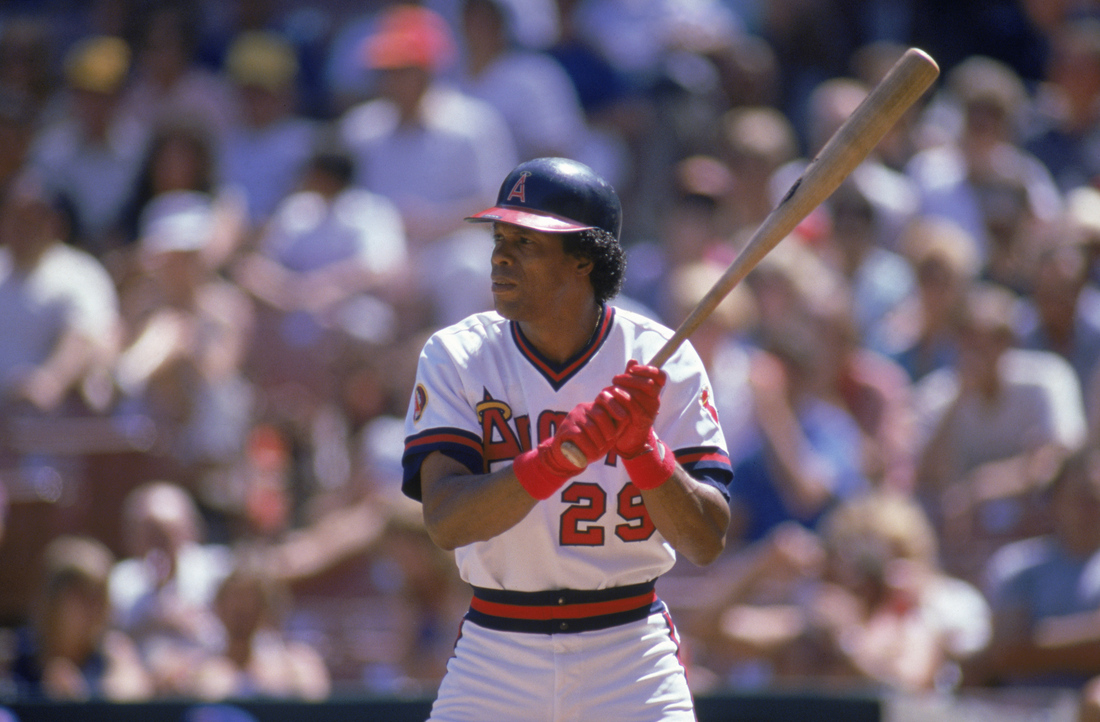 Their intransigence, the result of the suppurating self-inflicted wound that was the Alex Rodriguez deal, is a case of the right lesson being applied to the wrong player. At the risk of appearing to contradict the pessimistic assessment of Cano's later years above, there aren't many comparable players to Cano. Baseball-Reference's similarity scores struggles to find true comparables -- the top two, Nomar Garciaparra and Chase Utley, don't really work . In terms of the post-expansion era, only Rod Carew and Joe Morgan exceed him in offensive impact. The Yankees might have been too familiar with Cano's shortcomings to see just how special he truly is. By the time he's done, we may see him as not just as a Hall of Famer, but one of the all-time greats at his position.

The Yankees are now heading into what will almost certainly be the last year of a much-diminished Jeter's career with no Andy Pettitte, no Mariano Rivera, no homegrown stars at all for the first time in many years. The Cano Era having ended before it began, they now (re)enter the Mercenary Era, the "We paid them, so you love them, damn it," era.

That leaves Cano and the sense, perhaps inaccurate, that the tail wagged the dog here and ego trumped common sense -- Cano's desire to be treated like a rock star and Jay Z's to have the same celebrity in baseball that he had in music. Cano fit well in New York. It's easy to imagine that he would have been just the second Yankee to have 3,000 hits as well as a symbol of continuity in the post-Derek Jeter, post-Alex Rodriguez years. He was building to a number on the wall and a ranking as one of the team's inner circle of greats. He may yet still get that 3,000 and a trip to the Hall of Fame -- though it's worth wondering if Cano realizes how Adrian Beltre's five years in Safeco might have held him back just enough to keep him out of Cooperstown -- but the special feelings that attach to a franchise player likely won't be there. He'll be just another mercenary who can have whichever logo on his plaque because he's not identified with any team in particular.

It takes a certain kind of bravery to sacrifice comfort and adulation for the most money. It also takes bravery to say that you will leave that much money on the table, but only for now, because you have the confidence that you will still be worth a high level of compensation when you are 38, 39, 40. There is no wrong answer there, and given the way any athlete's career is just one bad injury from ending, Cano made the smarter play. Yet, in New York we've seen what a distracted Cano looks like. Five years ago, I began a description of Cano's aberrantly poor 2008 season this way: "A first-pitch swing at a ball out of the strike zone, popping it up to short left field, a disgusted shake of the head and dip of the shoulders, and a futile trot to first base." You still see that from Cano perhaps once a game. If he's unhappy in the Pacific Northwest, you might see even more of it, and then the contract will be a Carl Crawford-style disaster -- right player, right money, wrong place.

This could be one of those rare occasions when the baleful old moral, "Got what you wanted, lost what you had," could apply to almost everyone in the story -- the Yankees, the Mariners, Cano (Jay Z gets to point out the head of the Mariners Moose on his wall regardless) -- but there's also a lot of upside here as well. To be continued, Cano-ver and Cano-ver again, until 2023. May you enjoy baseball in good health until then, and for the Mariners' sake, may the same be true of Cano as well.