First base shortage may be more than momentary

Even the easiest position to fill has sometimes been gripped by a lack of depth in the majors.

Share All sharing options for: First base shortage may be more than momentary

I recently adopted a tuxedo cat my children named Mickey. Mickey has unusually large, round eyes even by the standards of felines, so that he has a perpetually startled look, as if he was constantly in the process of saying, "What?"

You'd be surprised just how often this seems like an appropriate expression. In the bad sitcom that is my life, someone delivers the good news, bad news, or, most often, strange news, and the camera cuts over to Mickey for a reaction shot: "What?"

Case in point: the news that shortstop Alex Gonzalez, career .247/.292/.399 hitter, will likely open the season as the Brewers' first baseman in the absence of Corey Hart and Mat Gamel. Add to that the possibility that Juan Rivera might play a good deal of first base for the Yankees with Mark Teixeira out, and that teams without injury problems, from the Rays with James Loney to the Mariners with Justin Smoak, the Royals with the spectacularly disappointing Eric Hosmer, to the Rockies with the desiccated remains of Todd Helton, there is a discernible lack of quality first basemen, an absence of Gehrigian stature. Alex Gonzalez? Cue the confused cat: 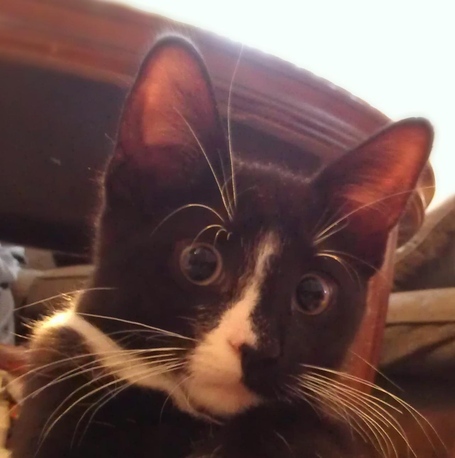 Normally, a team's failure to have a second-line option at first base, the least-demanding defensive position to fill, would be an indictment of management. Certainly Yankees general manager Brian Cashman's plaintive cries of, "Scott Rolen? Derrek Lee? Chipper Jones? Hal Chase? Hello?" demonstrates the creative bankruptcy of that team's management. That said, it's clear that first base is not immune to disruptions of supply that grip the skill positions. When there is a shortage of star-quality catchers or shortstops, it's easy for us to understand that in some generations the gene pool just doesn't mix in a way that produces good gloves that can also hit. It's harder to imagine that the approximately 134 million productive acts of intercourse in any given year somehow failed to generate 30 pituitary cases who can swat home runs and catch throws from the other infielders, but from time to time it happens.

In the American League of the late 1940s, for a brief moment, the shortstops even outhit the first basemen. In 1948, the year Indians shortstop-manager Lou Boudreau won the league MVP by hitting .355/.453/.534, AL shortstops as a whole hit .285/.374/.413, while first basemen hit .257/.344/.372. Such reversals of the usual order are rare and we're not about to experience one now, but it does seem that the supply of slugging first basemen is momentarily strictured -- more teams than usual lack quality starters, while those that have them in a nominal sense, such as the Yankees with Teixeira, lack anything like second-line options.

The tightened supply is one reason that the Red Sox were able to demand a high price from for Adrian Gonzalez in spite of his having his worst season since he emerged as a star in 2006, as well as the Dodgers taking on so much money in the deal. It also accounts for the Nationals slapping Adam LaRoche, hardly the second coming of Jimmie Foxx, with a restrictive qualifying offer during free agency -- hereafter known as the Kyle Lohse Kiss of Death. Those teams, bent on maintaining themselves at the highest level of competitiveness, were determined to stay out of the Casey Kotchman end of the swimming pool. 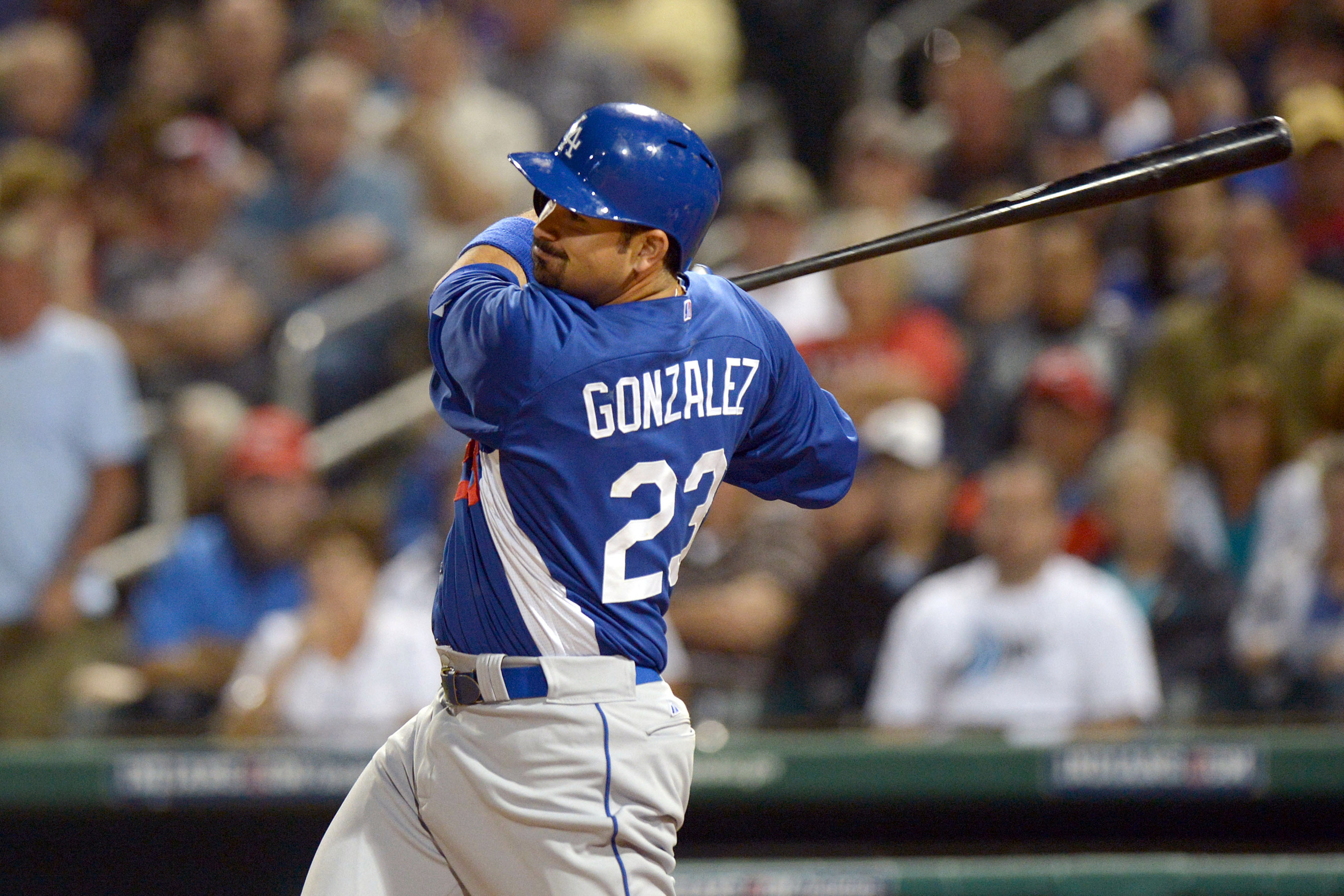 This situation may persist for awhile. The class of free agent first basemen after this season is thin, led by Hart, the gimpy Mike Napoli, Justin Morneau, and the aging Paul Konerko. The most productive first sackers of last season, Joey Votto, Prince Fielder, and Albert Pujols, are signed through approximately the end of time, while the younger players on the list, such as Paul Goldschmidt and Brandon Belt, are years from free agency, and could be signed up by their current clubs long before then. Baseball America's top 100 prospects for this season contains exactly one primary first baseman, Jonathan Singleton of the Astros, while our own John Sickels included only four in his just-released top 150 prospects, Singleton, the Cardinals' Matt Adams, plus two more, Dan Vogelbach (Cubs) and Richie Shaffer (Rays), who aren't expected before 2015.

First basemen must normally pass a high bar when being ranked on prospect lists; the offensive demands of the position are normally so high as to exclude all but the most potent sluggers from being projected as future stars. It may be that to take account of the momentarily degraded state of the position, prospect evaluators may need to reconsider the level of production that qualifies a first baseman to be considered as a front-line starter.

The last time the majors went through a protracted period of weakness at first was from the mid-to-late 1970s through the early 1980s, a stretch that followed on a period in which there was a wider gap between first base and the other positions than ever before, hitters like Dick Allen, Willie McCovey, Willie Stargell, and the now-forgotten "Superjew" Mike Epstein (who had a 176 OPS+ in 1969) were battering pitching in a pitcher's era. Their decline left a gap at the position that wasn't filled until hitters like Don Mattingly, Kent Hrbek, and Will Clark came along roughly 10 years later. 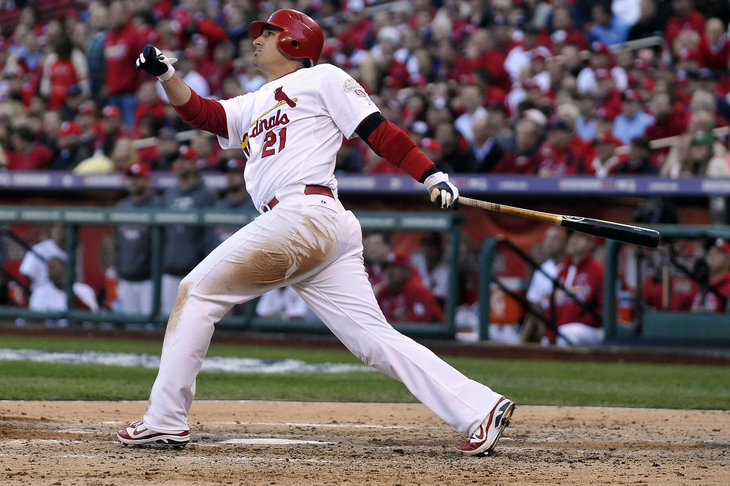 The Cardinals extended Craig, in part, due to the scarcity of available first basemen elsewhere

Until then, there was just a little bit more of a competitive advantage to having a productive first baseman than there has been at other times. In times of first base plenty, the balance of power between teams would be decided at other positions. To put it simply, if everyone has some variety of slugging first baseman, than the competitive edge was to be found at other positions, say shortstop during the prime years of Alex Rodriguez, Derek Jeter, and Nomar Garciaparra. Now the "mine is better than yours" process can start right at first base. You have Joey Votto, you win, period, because the other guy could only muster Yonder Alonso as opposed to a better hitter who is 90 percent as good as Votto is.

In the shorter term, this should mean that a non-competitive team that has a decently productive veteran first base type like Garret Jones might receive more in trade than in a typical year, and a club with a top prospect who is blocked, such as the Cardinals' Matt Adams (by Allen Craig) will be able to ask and get the moon should they need help at the deadline. Hart and Teixeira will eventually be back, spelling an end to the reign of subpar subs their teams will be employing, but the overall depth at the position could still be thin. Not only will players like Votto need to have full, healthy years for the position's depth to recover, but younger first basemen like Freddie Freeman and Ike Davis will have to show more consistency than they did in 2012.

If it doesn't happen and top prospects go for pedestrian first basemen, it's not your general manager that's deficient (at least, not for that reason), and it's not a case for the confused cat. It's the gene pool, and the old boy is just heeding a strange twist of supply and demand.

• The 5 most important players in the AL East

• Who's the best player in baseball?

• Should we be worried about Tim Lincecum, again?