The Nationals can unleash Strasburg, but the Braves have two Uptons, and the Phillies could be just about anything

The regular season is nearly upon us, hence us rolling out the start of our divisional previews last week with the National League West. It's time to move out east, but stick in the NL, and take a look at what the five clubs of the NL East have to offer us this season.

These teams aren't in any specific order or listed by prediction, but, if an added level of drama will enhance the experience, you can just react as if I've ordered them in terms of how much I dislike the team. Or reverse-ordered them for that purpose. 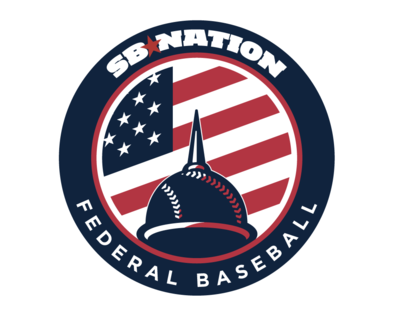 We Were Into Zimmermann When He Played Small Clubs.

Number of starters with pre-determined innings limits: After consecutive years of holding back starters following Tommy John surgeries, the Nationals enter 2013 with no such concerns, leaving both Jordan Zimmermann and, more notably, Stephen Strasburg to go full throttle like the baseball gods intended.

Key additions: The Nationals re-signed Adam LaRoche and traded Michael Morse, but that's just kind of shuffling pieces they already had around. They traded for center fielder Denard Span, pushing Bryce Harper to left field and improving their outfield defense, and also signed starting pitcher Dan Haren and ace reliever Rafael Soriano. Haren is a bit of a question mark due to a rough 2012 marked by injury and velocity concerns, but if can be the pre-2012 version of himself once more, the Nationals' rotation could be ridiculous.

Nationals' best-case: "The year after a then-42-year-old Davey Johnson led the New York Mets to a 98-64 record in 1985, the '86 Mets improved to 108-54 and won the World Series. It was Johnson's third year in New York. 2013 is Johnson's third season in the nation's capital. It's also the now-70-year-old manager's final season on a major league bench. Winning the World Series and sending Johnson out a winner is the best case scenario. This scenario has young (or at least relatively young) players like Strasburg, Zimmermann, Harper, Gio Gonzalez, Ross Detwiler, Ian Desmond, Danny Espinosa, Wilson Ramos, Ryan Zimmerman, and Drew Storen all peaking together while veterans like Werth, Haren, Soriano, and Tyler Clippard perform at or close to their career norms. The season ends with the Nationals, a vindicated Mike Rizzo and Washington, D.C. sending Davey Johnson, the former major league second baseman and veteran of 16 seasons as a skipper, out on top."

Nationals' worst-case: "What if Zimmerman's surgically repaired shoulder causes him issues? What if Espinosa's torn rotator cuff proves too big a hindrance and the Nationals have to start Steve Lombardozzi for a prolonged period? If Lombardozzi is exposed as an everyday player, the Nationals might have to bring 2011 first-round pick Anthony Rendon up early. That's how they're rolling these days. What's up, Mets? What if the Nationals lose one of their starters? [We refuse to imagine specific injury scenarios.] Starting depth is an acknowledged weakness despite the strong rotation. What if Wilson Ramos doesn't fully recover from surgery to repair a torn ACL and meniscus? What if Span doesn't produce as expected and Morse continues to crush oppo bombs in Seattle? What if the Nationals' right-handed relievers don't get left-handers out like the Nats are hoping they will and the fact that they didn't get a second left-handed reliever comes back to haunt them all summer or cost them late in the season? Any of those things could go wrong. If all of them go wrong, the worst-case scenario is a lot of folks writing about how they told the Nats they should have kept Strasburg going last year because you never know when you'll make a real run again..."

The Atlanta Braves blog of record.

2012 record: 94-68 wasn't enough to keep them from being the first NL victim felled by the new play-in round for wild card clubs.

Key additions: B.J. Upton and Justin Upton are the two most-significant, with the former coming in for a five-year, $75 million deal, and the latter acquired from the Diamondbacks. The Braves had to do something to offset the loss of long-time lineup cog Chipper Jones, and uniting the Upton family just might be that something.

Braves' best-case: "The Upton Brothers' Wonder Twin powers activate, and yet they're still not the best outfielders on the team, as Jason Heyward makes his case for MVP and the heir to Chipper Jones as the leader of the team on and off the field. Tim Hudson, Paul Maholm, and Julio Teheran don't act their age and join the killer-M's (Kris Medlen and Mike Minor) as co-co-co-co-co-aces (or at least co-co-co-co-co-number-2 starters). Brian McCann has a career year in his walk year. The team beats the Nats head-to-head, and that's the difference in the Braves regaining the NL East pennant (and beyond).

Braves' worst-case: "The Uptons feel the pressure to perform on a new team... we'll call it the Dan Uggla disease. Dan Uggla still has the disease named after him. Medlen and Minor are good but not great, while Hudson and Maholm start to show their wear, and Teheran shows his youth. The bullpen, which was supposed to be one of the best in baseball, crumbles because of overuse and an inability of the starters to go deep into games. The Phillies prove that veterans beat youth, and edge out the Braves for a wild card spot."

2012 record: 69-93, yet for some reason Blue Jays fans are excited about the infusion of Marlins on their roster

Number of Marlins you can name outside of Giancarlo Stanton: I can probably name most of the lineup and rotation, but I'm supposed to know that stuff. Here, I'll get you started: Ricky Nolasco. If you can name at least three others, then the Marlins will trade the entire set to your favorite team.

Oh, I could go on, but it would more or less sound the same. And if all of these wonderful things happened,, if everything breaks the Marlins' way, the team would win about 82 games."

Marlins' worst-case: "It gets worse than it is now? I suppose Stanton could fracture his back from carrying the entire offense and miss the rest of the season. If (and when) Logan Morrison and Justin Ruggiano get hurt in that case, you may get a chance to see Donovan Solano bat cleanup! On the pitching side, Nolasco turns out to be the Nolasco of the last few seasons, except now he's older and worse in general. All of the pitchers the Marlins acquired are terrible hit a sophomore slump and the Marlins win just 55 games, breaking their franchise low from 1998. And this one isn't even all that far-fetched."

A New York Mets blog written by vampires or something.

Key additions: Shaun Marcum could be an injury problem, but that risk made him available to the Mets at a low price. They also traded Dickey for prospects like Travis d'Arnaud, who might not have an immediate impact, but could help change the shape of the organization as it rebuilds itself.

Mets' best-case: "The 2013 Mets are in a unique position. The bar has been set so low for them that there's very little chance they don't clear it. And on the odd chance they trip and fall over that bar, it still can't be considered a disappointment. When nothing is expected of you, nothing can look pretty good."

Mets' worst-case: "The Mets are unlikely to be very good this year. But they are also likely to see some major steps forward from players who will be part of the next good Mets team. If this season offers no more than that, I think a plurality of Mets fans will be okay with it. Not enough to actually go to Citi Field, probably. Just not BURN IT DOWN mad."

"Well-written and something of a bummer"

2012 record: Concerns about depth, a lack of youth to inject into the big-league roster, and an overemphasis on spending on pitching collided in 2012, resulting in an 81-81 record that wasn't hard to predict, even if it wasn't a guarantee.

2013 projected payroll: $154 million, thanks to some in-season payroll shedding.

Ruben Amaro Jr. Smug Advisory rating: After a winning season, likely a red "Disgust" would result from our (or any) negativity here, but since they finished at .500 in 2012, we're at a softer and bemused blue.

Key additions: Mike Adams should bolster the bullpen, and at a much lower cost than what it took to sign Jonathan Papelbon last winter, and Michael Young, while by no means perfect for third, was one of the few available options for the position. Other than that, it was the little things that took center stage, like bringing in Aaron Cook and John Lannan for starting depth, and giving Delmon Young a shot at a job that doesn't involve being a DH for some reason.

Peter Baker of The Good Phight:

Phillies' best-case: "Roy Halladay shrugs off his 2012 injuries and struggles, and returns to form as a face-breaking Cy Young Award contender. Chase Utley and Ryan Howard each play 140-plus healthy, productive games. Cole Hamels dominates and is in the running for his own hardware at the end of the season. Michael Young rebounds from a horrible 2012, gives the Phillies a .290/.340/.430-ish season and backs up his claims that he can still play third base. Domonic Brown emerges as a quality starting outfielder, and Delmon Young is given his release before breaking camp in Clearwater."

Phillies' worst-case: "The 2012 Roy Halladay was the new Roy Halladay, with the legendary righty now a mid-rotation starter at best. Innings totals catch up to Cole Hamels, and he misses time due to a significant injury of some sort. Age continues to batter the lineup, with Utley, Howard, and Jimmy Rollins all succumbing to injuries. Michael Young hits like it's 2012 and is an absolute butcher at third base, contributing to a team-wide corner defense Armageddon. Domonic Brown struggles, and Delmon Young plays."

All contract data courtesy of Cots' Contracts of Baseball Prospectus

• What happened to all of the good first basemen?

• Matt Garza sidelined until May

• The World Baseball Classic and the apathy myth