The AL West is new-look in all kinds of ways, but will it change the standings that much?

The American League West might have received more attention than any other division this past off-season. The Rangers made a series of high-profile non-moves, letting core members of their team walk, the Mariners locked up Felix Hernandez, and the Angels brought Josh Hamilton on board for five years at $123 million. It should be noted that none of those three even won the division in 2012 (hello, Athletics!), and that the structure of the AL West has also changed significantly with the introduction of the Astros. The 2013 season is going to look different in the AL West, even if the results end up the same.

This blog has a wide variety of talent.. the first place I would go if I need help working on advanced mathematical theory or how to hide a body and anything in between -- laxtonto

2012 record: 93-69, including a 27-30 record within their own division capped off by three straight losses to the A's that cost them the division.

2013 projected payroll: $121 million, including the $10 million being paid to the Phillies to feed and clothe Michael Young after his banishment from Texas.

Speaking of Michael Young: Did you know he cost the Rangers -2.4 wins over replacement in 2012, according to Baseball Reference? Fangraphs is a little more lenient at -1.4, as is Baseball Prospectus at -1.5. Just to really hammer that home, Vernon Wells was worth about two wins more last year, in all of 77 games where he was bad at baseball. It's good to remember things like this when considering that some of Texas' subtractions might actually be additions.

Key additions: Lance Berkman and A.J. Pierzynski are the big ones, as Berkman's bat should help offset the losses of Josh Hamilton and Mike Napoli to a degree, while Pierzynski can do the same by improving what was not an ideal situation behind the plate in 2012 -- even with Napoli's 72 games and 850 OPS as a backstop in 2012, Rangers' catchers hit a collective .228/.312/.397. Neither Jason Frasor nor Joakim Soria seem as productive as they used to be, but signing them should help keep the Rangers' bullpen from collapsing after losing Mike Adams and Koji Uehara.

Rangers' best-case: "Lance Berkman hits like he did in 2011, Ian Kinsler rebounds, Elvis Andrus takes a step forward and establishes himself as the top shortstop in the AL, Leonys Martin is a solid center fielder, and the pitching staff stays healthy. If all that happens, the Rangers should be in great position to get back to the World Series for the third time in four years."

Rangers' worst-case: "The worst case scenario for Texas isn't that the team falls out of the race by July -- if that happens, the team has the ability, should it choose to do so, to deal players like Andrus, Adrian Beltre, Joe Nathan, Pierzynski, and David Murphy. Players who could bring back a significant amount of young talent that would allow the Rangers to almost immediately re-load. No, the worst case scenario would be to play a little better than .500 all season, be close enough in July that the team deals young talent for veteran upgrades, but still ends up not being good enough to make the playoffs." 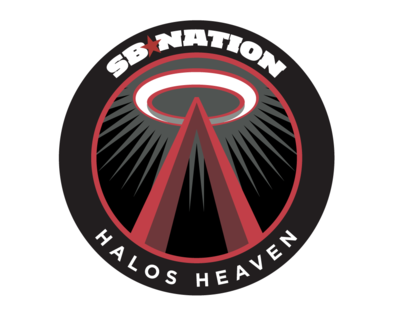 YOUR ANGELS BLOG gets asked "Does Mike Trout Have A Girlfriend?" every day

2012 record: While many expected more due to an off-season with all kinds of dollars attached, they finished in third at 89-73, four games back of the nearest wild card.

2013 projected payroll: Even with the addition of Hamilton, cutting Wells, Ervin Santana, and Dan Haren out of the picture pushed the Angels down to $133 million.

Key additions: The aforementioned Hamilton is the big one, but the Angels also signed Ryan Madson to shore up their bullpen, as well as Joe Blanton to fill a rotation hole opened up by dismissing Haren and trading Santana. The Angels also dealt for Tommy Hanson, a move that could benefit them immensely if his shoulder feels fine. Shoulders are troublesome, so that's no given, but there's definite upside there.

Angels' best-case: "Albert Pujols is actually his stated age, Hamilton stays on the wagon as well the playing field, Mike Trout remains Mike Trout, Peter Bourjos hits enough to stay in center, Mark Trumbo hits at all, and the minor leagues are tapped into as little as possible. Jered Weaver continues to defy the measurements that insist he is due for a fall, C.J. Wilson reverts to pre-bone-spur supremacy, Vargas keeps the ball in the park, Hanson and Blanton are league-average, the bullpen is serviceable, and Mike Scioscia wins a few arguments with the umpires. With all this, the Angels should go deep into the postseason."

Angels' worst-case: "Pujols ages fast, Hamilton gets some boo-boo he can blame a lost season on, Trout meets with the Sophomore Slump, Bourjos bats like Jeff Mathis, Trumbo slumps as a new career norm, and the minor leagues contribute to playing time. Weaver's declining peripherals actually were an indicator of something, Wilson's lactose-free diet creates even more bone spurs, Varga reveals Seattle traded him with good reason, Hanson and Blanton are Hanson and Blanton, the bullpen reverts to 2011/12 form, and Scioscia overtinkers. With all this we would still have to see a dominant A's or Rangers team emerge to push the Angels out of playoff contention."

2013 projected payroll: $76 million, even though they are still paying for Chone Figgins.

Key additions: Some guys who can actually hit, which might befuddle and bewilder Mariners' fans, but don't worry: they're here to help. Kendrys Morales is a better hitter than his numbers indicate thanks to playing in pitcher-friendly Angels Ballpark, while Michael Morse should hit enough to make up for the fact he's wearing a glove. There's also Joe Saunders in the rotation, who should very much enjoy the environment that's hampered Seattle's run scoring for years.

Mariners' best-case: "The once pitiful Mariner offense climbs from the depths as Jesus Montero, Dustin Ackley and Justin Smoak begin making good on their prospect pedigrees, Michael Saunders builds off his promising 2012, Morse avoids serious injury, and Morales reverts to the breakout offensive star he was before his freak walk-off celebration accident. Felix Hernandez blitzes the league on his way to a second Cy Young award and top pitching prospects Taijuan Walker and Danny Hultzen provide a spark down the stretch. Bay decides his life lacks purpose and sets off to establish a series of urgent care centers in Third World nations, retiring in mid-April. Franklin Gutierrez stays healthy for most of the season. The Mariners max out their roster and sneak past the rest of the good-but-flawed AL West, earning their first playoff berth since 2001."

Mariners' worst-case: "Montero, Ackley and Smoak prove to be busts, Morse separates his shoulder awkwardly flopping after a popup in shallow right field, and Felix tweaks his-- nope. Nope. Not even in pretend-worst-case-scenario-land. He tweaks his... hairstyle. And it looks kind of weird for a while. And the Mariners finish in fourth place but still get to pick on the Astros." 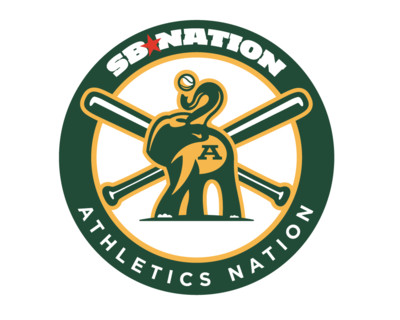 2012 record: 94-68, good enough for the division title, and powered by a roster that's really hard for non-AL West fan bases to dislike.

2012 Opening Day payroll: $52 million -- a step down from 2011, but the money that was spent was invested wisely in players like Yoenis Cespedes.

Josh Reddick Beard Watch: Josh Reddick is currently in a feud with WWE Superstar Daniel Bryan over which of the two has a better beard. Because of this, they are both expected to grow their respective manes well past the point of ridiculousness, with the loser shaving his beard at year's end. Did I mention it's difficult to dislike this A's roster?

Key additions: Bartolo Colon is back, and the A's signed Japanese shortstop Hiroyuki Nakajima as well. Other than that, it was trades bringing in the likes of Chris Young, Jed Lowrie, and John Jaso. Quiet, yes, but the A's have a lot of young talent to build around already, and they'll have to hope it continues to develop and push them forward.

Athletics' best-case: "Brett Anderson makes 32 starts and wins the Cy Young, while the other young starting pitchers all repeat their breakout rookie seasons. Sean Doolittle makes the All-Star team by striking out a record 19 batters per 9 innings. Yoenis Cespedes, Brandon Moss, and Josh Reddick combine for 100 homers in the middle of the lineup, Josh Donaldson repeats his performance from the 2nd half of 2012, and the A's have at least a league-average hitter at every position. Jed Lowrie doesn't break any bones. The A's stadium situation is cleared up, one way or the other, by the end of the season."

Athletics worst-case: "Anderson and Jarrod Parker simultaneously injure each other's elbows during an emphatic high five in the dugout, and Colon eats Tommy Milone whole. Grant Balfour loses the closer role in May, Ryan Cook loses it in June, Doolittle in July, and Brian Fuentes is brought out of retirement to finish off the year (he loses the job three days later). The league figures out Moss and Reddick, Cespedes returns to his home planet of Potencia, and Josh Donaldson repeats his performance from the 1st half of 2012. Meanwhile, Chris Carter hits 40 homers for Houston. Oakland's All-Star representative is Jerry Blevins. Jerry Blevins. Jed Lowrie breaks all the bones. Bud Selig's Blue Ribbon Committee texts Lew Wolff a picture of their nuts with the caption "Rawlings introduces new set of balls for 2014 season," which is their way of saying that they've wasted another year and haven't made any decisions." 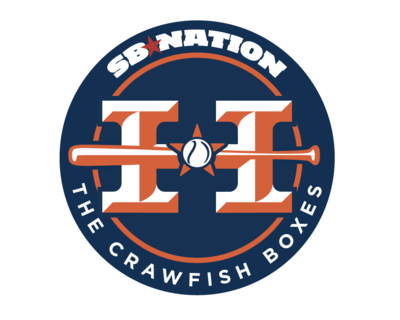 Astros baseball: we've got uniforms and everything.

2013 projected payroll: Wandy Rodriguez, whom the Astros owe $5 million to the Pirates for in 2013 after trading him last summer, makes up just over one-third of the Astros entire projected payroll for 2013. So, it's just a sliver below last year's budget.

Key additions: Amazingly, the Astros added while subtracting everything simultaneously. Erik Bedard and Rick Ankiel were signed to minor-league deals, while Carlos Pena was brought in for just under $3 million. (That makes him the third-highest paid Astro after Wandy and Bud Norris.) Chris Carter was acquired from the Athletics. Other than that it was Rule 5 picks and post-hype prospects and the like, with the hope being they find a few hidden jewels no one else can give the time to.

Astros' best-case: "The team doesn't lose 100 games. With the move to a tougher American league and tons of young players, the Astros would take a huge step forward if they could improve on their win total from last year and not lose 100 games again. Of course, that also means Houston misses out on the No. 1 overall pick in 2014 and, thus, doesn't get a shot at Carlos Rodon, so this best-case may be the worst after all."

Astros' worst-case: "I can't emphasize this enough. With 60 percent of the Houston area not being able to see the Astros on TV, with a switch to the American League, with a $25 million payroll, the Astros are already in a worst-case scenario. Fans are in a 'break in case of emergency' life raft just waiting for anything positive. How could things get worse? If the Astros lost 150 games, it couldn't bring things down any lower. Yeah, it's that bad."

At least they would get Carlos Rodon, though, right?

• Yankees trade for Vernon Wells: A desperate cry for help

• The funny thing about spring stats is ...

• The rise of the called strike