Will the Reds repeat? Will the Cardinals get further in the playoffs than they do anyway? Who among the other three teams will miss the Astros the last?

The NL Central lost the Astros and their 107 losses to the American League, meaning that a new bottom feeder will be crowned/ridiculed in 2013. Whether the look of the rest of the division standings is going to change much is what we won't find out until this season, however.

As an aside, it's a good thing this preview was scheduled for today, since Kyle Lohse had to go and sign months later with the Brewers this week. It's the little things.

Until everyone plays second base.

2012 record: The Cardinals took one of the two wild cards at 88-74, and advanced to the NLCS before falling to the Giants.

Prospect riches: Abundant! Oscar Taveras is Baseball America's third-overall prospect, and they don't have room for him in the current outfield thanks to Matt Holliday and Carlos Beltran. Should one of them unfortunately go down with injury, Taveras, who hit .321/.380/.572 as a 20-year-old at Double-A, could step in. Then there's fifth starter Shelby Miller (#6 via BA), Carlos Martinez (#38), Trevor Rosenthal (#39), Michael Wacha (#76), and Kolten Wong (#84). Not bad for a team that won a World Series in 2011.

Key additions: The Cardinals brought Randy Choate and Ty Wigginton aboard, but for the most part, this is the roster that brought them far in 2012. Chris Carpenter will be missed, but there is still plenty in the rotation, especially if Miller can chip in.

Cardinals' best-case: "The players with established track records stay healthy, and the players without established track records establish them. That means 150 games from Holliday, David Freese, Allen Craig, and Beltran, and solid rookie seasons from Miller and whichever other prospects break through. Taveras is called up in May and is subsequently banned from baseball in June after he refuses to take performance-detracting drugs. About 95 wins ensue."

Cardinals' worst-case: "Jaime Garcia and Beltran get hurt, Yadier Molina gives back all of last year's home runs, Peter Kozma is Peter Kozma, and Taveras doesn't even hit .400. The Reds beat their Pythagorean record again, and the Cardinals -- their veterans unhealthy and their vaunted prospects underperforming -- finish with 80 wins. Demoralized by a total shutout in the papal conclave, the remaining Cardinals cloister themselves inside Busch Stadium's newly completed Ballpark Village, which is somehow the only thing that goes right in 2013."

AAAA Affiliate of the Cincinnati Reds

2012 record: 97-65, good enough for the division, not quite enough to push them past the Giants. So hey, Reds and Cards fans, at least you have that much in common.

2013 projected payroll: $99 million, a lot of which is because of an enormous Joey Votto raise.

So, about that center field thing: It's easy enough to see that the Reds are going to hit, possibly better than anyone else in the NL. But Jay Bruce's arm can only do so much in an outfield that has 34-year-old Ryan Ludwick in left and Shin-Soo Choo in center, where he has played exactly 10 of his 652 big-league games, and with good reason. That being said, that's the kind of thing that sticks out on a roster that is otherwise spotless.

Key additions: They re-signed mid-season acquisition Jonathan Broxton, and between his shiny new cutter and Aroldis Chapman sticking in relief, they should have quite the back-end of the bullpen between them. Then there's Choo, acquired from the Indians in a three-team trade. There's not much you need to do to a 97-win club that didn't lose any major pieces.

Reds' best-case: "Votto comes out in 2013 completely healed from his power-zapping injury to hit 40 homers (along with other 40-homer bash brother Bruce), and the Reds take advantage of Great American Small Park with seven 20-homer guys, leading the league in homers and runs scored. Todd Frazier doesn't regress. Broxton is not a bad investment. The Reds win the NL Central for the third time in four years, and advance to the second round of the playoffs for the first time since 1995. They assert themselves as the best team in the NL, and sweep the World Series for their first championship in 23 years."

Reds' worst-case: "Votto's injury from last year still plagues him at times, and Frazier regresses in an everyday role. Injuries plague a five-man rotation that made 161 regular season starts last year, and Broxton struggles now that he isn't in a contract year. Choo struggles in center defensively to the point that Chris Heisey gets everyday starts. Ludwick remembers he's mid-30s Ryan Ludwick. Dusty Baker loses his job in favor of Triple-A manager Jim Riggleman, and the Reds finish below the Cardinals and Cubs in the revamped NL Central." 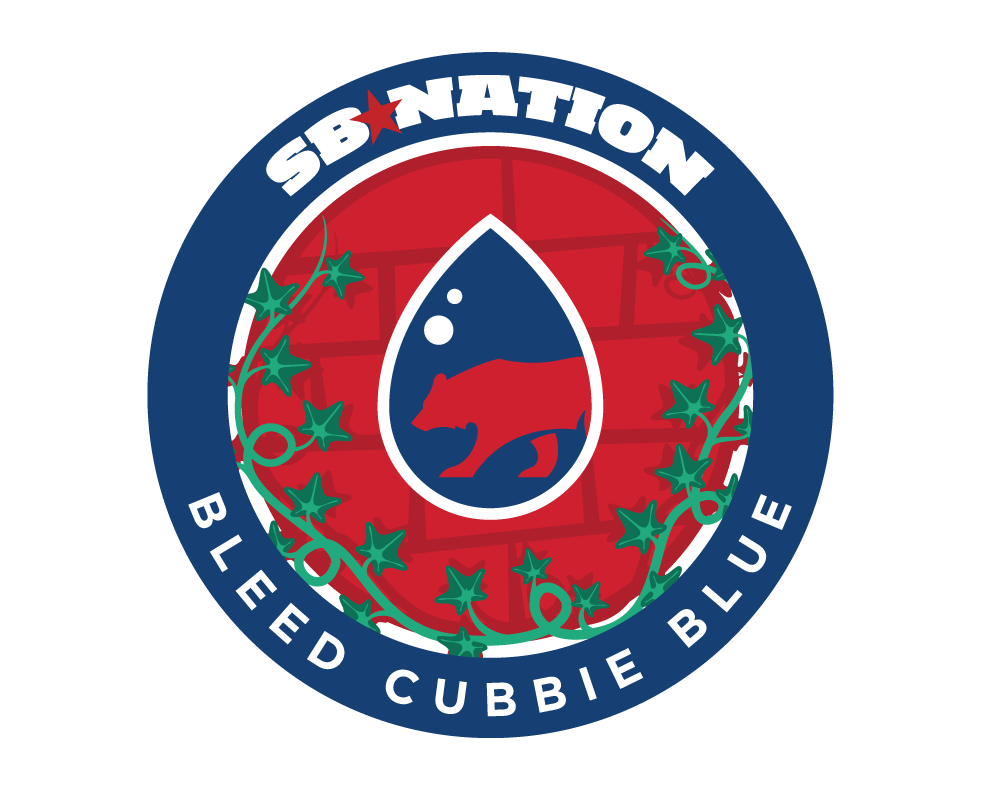 At least the future looks good: The Cubs signed a bunch of players this winter, but they're also bridging towards the peak years of their young players and the eventual MLB entrance of the best pieces of their farm system. Like in Boston (and, sans Epstein, San Diego as well), the Theo, Hoyer, and Jason McLeod trio the plan is to rebuild from within while using their finances to bolster that developed core. It's slow going, but the payoff is obvious.

Key additions: Anibal Sanchez on a long-term deal was almost the big one, but instead, the Cubs ended up with Edwin Jackson and settled for shorter contracts with Scotts Baker, Feldman, and Hairston, while also bringing in Carlos Villanueva and Japanese import Kyuji Fujikawa, to round out gaps in the roster. There's some upside there with all of the above, but also some risk. The cost was not prohibitive, though, and they could all help make the 2013 squad more productive than the 2012 iteration.

Cubs' worst-case: "Matt Garza and Baker don't return from injury until the All-Star break, preventing them from being shipped off in deadline deals. Welington Castillo flops at catcher and is demoted, Darwin Barney starts making errors again, and the bullpen looks like a waiver-wire list. The Cubs lose 100 games, again, and Wrigley Field is hauntingly empty in September." 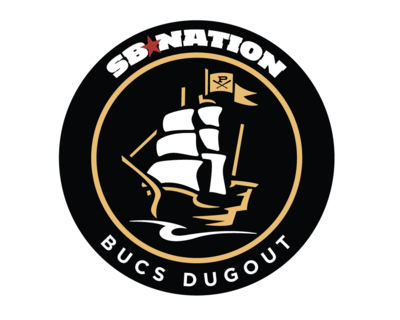 2013 projected payroll: $58 million, slowly creeping up. To be fair, it would be higher if they hadn't convinced both the Yankees and Astros to pay for a combined $13.5 million of A.J. Burnett and Wandy Rodriguez in 2013.

2012 record against the Astros: 12-5. There's an assumption the Pirates are in trouble since they can't beat on the Astros anymore, but the whole landscape of the division has changed now that they're gone. Everyone in that division except for the Cubs beat up on the rest of the Central, with the Pirates going 39-42, so it's not just Pittsburgh who will miss them. The Reds beat them 10 times, and the Cardinals 11.

Key additions: The Pirates brought in Mark Melancon and Jerry Sands in the Joel Hanrahan trade with Boston. They also signed Francisco Liriano and Jonathan Sanchez with the hopes they could find something useful for their rotation in the easier NL, and brought in Russell Martin to catch.

Pirates' best-case: "Andrew McCutchen and Burnett lead the team once again, and Gerrit Cole comes up in June and sets the world on fire. Young outfielder Starling Marte's excellent defense gives him a freak five-WAR season; a little like Josh Reddick, but with more batting average and less power. Martin's pitch-framing ability leads to several unexpectedly good pitcher-seasons for which Martin won't get credit. And the Bucs win 87 games, snap their streak of losing seasons and grab the last wild card berth."

Pirates' worst-case: "It's just like every other Pirates season. Except this time someone lights a cigarette in a PNC Park bathroom and inadvertently burns the place to the ground, the city of Pittsburgh is swarmed by giant vultures who steal babies, and the consensus No. 1 overall pick in the 2014 draft loses his right arm to gangrene the day after the Pirates sign him." 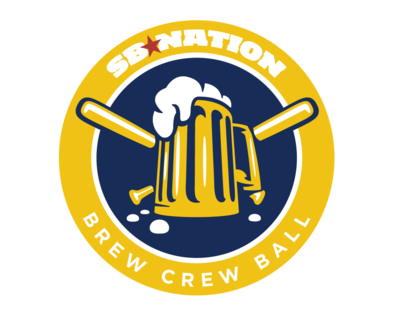 Starting pitchers the Brewers have that could surprise you: All of them except Yovani Gallardo, basically, since he's already established as pretty good at his job. Mike Fiers was great last year until fatigue caught up to him well past his career-high in innings, Marco Estrada could be a reliable mid-rotation arm, and there's potential in the prospect arm of Wily Peralta. Throw in Lohse, who, while not great, can certainly do the durable mid-rotation thing for $11 million per year, and you've got yourself a pitching staff.

Key additions: The aforementioned Lohse, signed a week before the season begins. Then it's little moves, like bringing in Yuniesky Betancourt for infield depth, and glove first shortstop Alex Gonzalez to play first base. Hey, a lot of bad things had to happen for things to get to that point, okay? It's not permanent.

Brewers' best-case: "This Brewer team, perhaps more than any in recent memory, has a remarkably high upside but also a very low floor. They're returning the NL's best offense and individually you can make a case for each member of their relatively inexperienced 2013 rotation to succeed: Gallardo has been consistently solid for some time now, Estrada was dominant at times a year ago, Fiers was one of baseball's most effective pitchers for a span of about ten starts in 2012, Peralta has excellent stuff, and Chris Narveson has been fine at the back of the rotation in the past. If they all perform to their potential this is a team that could top 90 wins and contend."

Brewers' worst-case: "The flip side of that, though, is that there's a lot that could go wrong here. Estrada, Fiers and Peralta have never pitched full seasons as a major league starter and Narveson is coming off major shoulder surgery. The Brewers passed on opportunities to add a veteran arm this winter, and may face the penalty for a lack of depth in the rotation and a heavy reliance on guys with a limited track record. If more than one of these guys struggle or something happens to Gallardo as the anchor of this rotation, this team could collapse into a dumpster fire and struggle to avoid 90 losses."