The Cardinals extend Wainwright through his age-35 season, but will they live to regret it?

Share All sharing options for: Adam Wainwright gets $97.5 million, Cards get nervous

In the earliest days of free agency, when teams hadn't quite realized the dangers of issuing guaranteed contracts to pitchers, the long-term deals were handed out with a kind of irrational exuberance. The most infamous deal was probably issued by the Cleveland Indians, who handed Orioles one-hit wonder Wayne Garland 10 years, but even quality pitchers like Bert Blyleven received lengthy contracts that were freighted with deferred cash, such that Rik Aalbert was traded all over creation, not because he was somehow a mediocre or disappointing pitcher, as his detractors would claim once he became subject of a Hall of Fame debate, but so that teams could get out of the contract. Blyleven's curve was always in demand; it was the debt that was unwanted.

So teams got wise the hard way, and for awhile pitchers were generally offered shorter deals than their position-playing brethren. More recently, perhaps as the result of the runaway offense that consumed baseball from the immediate post-strike period to just a few years ago, pitchers who could claim to be truly above-average at run prevention were again given truly long-term deals. The Yankees gave CC Sabathia seven years, later taking on an extension that added an eighth season and a vesting option that might bring on a ninth. Last year, Matt Cain and Cole Hamels each got six-year contracts with an optional seventh year, Yu Darvish was given six years by the Rangers, and Zack Greinke got six from the Dodgers this winter. Johan Santana is trying to get healthy for what should be the last season of his six-year contract with the Mets; a buyout of the optional seven year seems inevitable at this point. Barry Zito is working on the final season of a seven-year contract with the Giants. If he somehow pitches 200 innings this year, an eighth year vests at $18 million; you can bet that if he enters his last start of the season within nine innings of that goal, San Francisco ownership will do a rain dance trying to stop that game from taking place. The number of pitchers currently on five-year deals is too high to list here.

Somewhere along the line, long-term deals for pitchers became the norm again, just as roughly $20 million and up per season became the going price for an ace. As such, the news that the Cardinals' Adam Wainwright was given a five-year, $97 million extension beginning in 2014. With Chris Carpenter's career possibly over, Jamie Garcia having narrowly avoided labrum and rotator cuff surgery last winter, and Shelby Miller unproven, the Cards understandably didn't want to risk Wainwright testing the market. Sure, Wainwright missed all of 2011 recovering from Tommy John surgery, and all right, the velocity on his fastball was down when he came back last year, but he did get stronger as the year went on, posting a 3.28 ERA in the second half (as compared to a 4.56 in the first), and the list of potential free agent starters following this season is pretty short on aces, so you can understand the Cardinals making what was essentially a prophylactic signing. 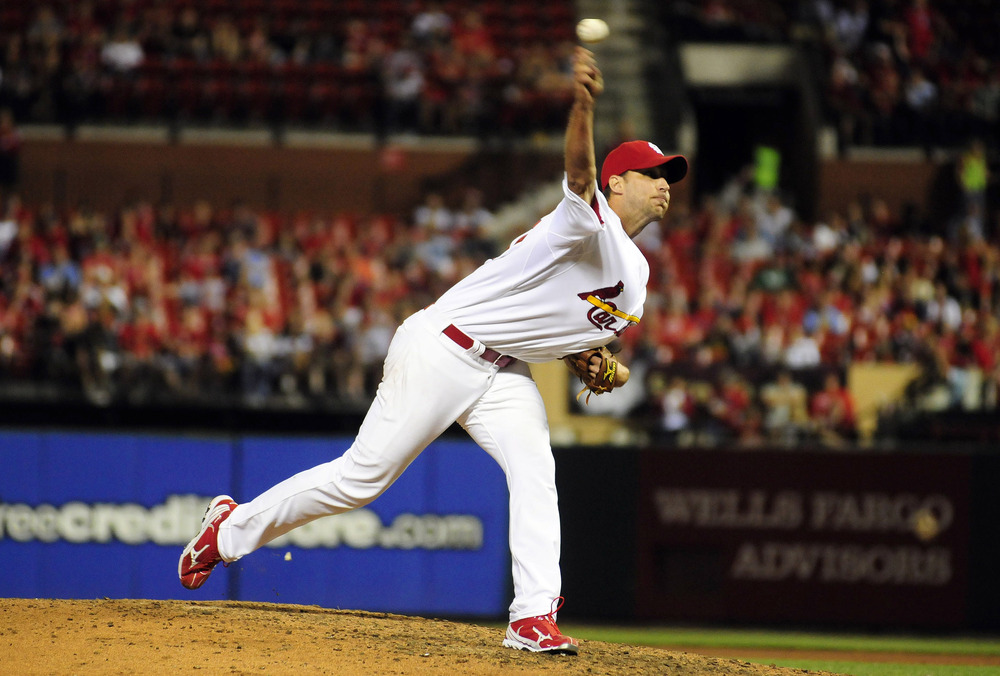 They paid a premium for the privilege. The Wainwright of 2009-2010 was certainly worthy of being compensated with the game's best pitchers, but that was one surgery and three years ago. Even if Wainwright's second-half stats represent a true return to his pre-surgical form (and it is often said that the second year back from TJ surgery is when a pitcher really rediscovers his stuff), the Cards have locked him up for his age-31 to age-35 seasons. The great Cardinals general manager Branch Rickey famously said that it was better to trade a player a year too early than a year too late; in Wainwright's case all the years could be too late. That he got only five years is a concession to his age -- but only in the present era would five years be considered a concession. 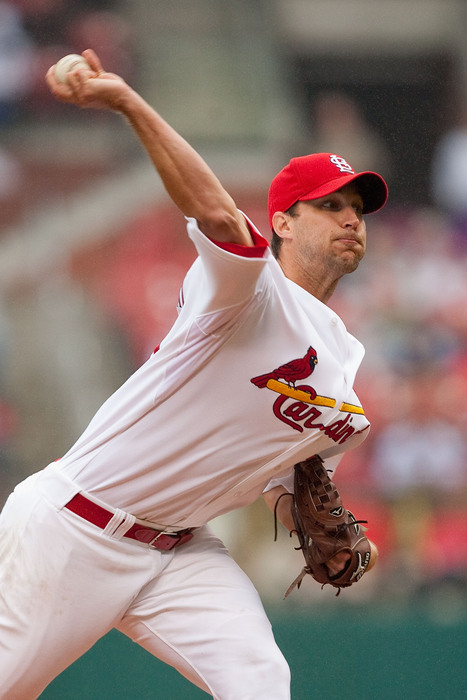 Adam Wainwright hasn't returned to his ace form since Tommy John surgery, but the St. Louis Cardinals gave him an extension worth nearly $100 million.

Pitchers are always reinventing themselves and despite having less zip on fastball, Wainwright could continue to pitch well for years. That his velocity was down last season but his strikeout rate was virtually unchanged from his glory years is a strong argument that this may indeed be the case. Struggling with his cut fastball, which he had trouble controlling, Wainwright brought back a pitch he junked in Double-A, a four-seam fastball. Heading into his start against the Padres on May 22 of last year, his ERA was 5.77. That night he unveiled the four-seamer and pitched a shutout. It wasn't all smooth sailing from there -- Wainwright still took his share of knocks after that -- but it shows the way a pitcher can sometimes overcome their weaknesses with creativity (as the great Dan Quisenberry once said, "I found a delivery in my flaw").

That doesn't mean that it will be happily ever after for Wainwright and the Cardinals. In 2010, his sinker averaged 91.8 mph and his cut fastball 86.6 mph. In 2012, the sinker was down to 90.7, the cutter 86.0, and even the harder four-seam fastball only averaged 89.4. If, somewhere between now and when he turns 37 Wainwright loses just a little more zip, he could have a difficult time making yet another adjustment. Wainwright and the Cardinals are both looking for security in this deal, but if that's the case only one party to the deal will be sleeping well at night.