Can the Pirates break their streak of incompetence? Will the Dodgers spend their way to victory? Can the Orioles reach October against all odds a second time?

In the interest of transparency, I should tell you that I once picked out a pair of pants for Andrew McCutchen. It was 2005 and he had just arrived in Williamsport to play for the Crosscutters (where he'd hit .346/.443/.442 in 13 games, playing the game at a completely different speed from everybody else on the field). I was the clubhouse manager, and I remember struggling to find baseball pants from our boxes of extras that late in the season that were small enough (I think he was a 32x34, if memory serves). That was probably the highlight of my two years in the Pirates organization.

So... take it with a grain of salt when I say that I think, after two full decades of finishing under .500 (a record of 1307-1796, by the way), the Pirates are poised not only to finally win more games than they lose, but to actually compete for one of the NL wild cards. Sure, they've made runs at the NL Central in each of the last two seasons, only to collapse in the dog days of August, but this year is different. This is the year where they (probably) turn the corner.

"Now, wait a second," you say. "Not only are you terribly biased by your pants-getting almost a decade ago, but you're an idiot. Because Baseball Prospectus projects the Pirates to finish with 80 wins, and Fangraphs even less." Yeah, yeah. I get all that.

Now, there's no doubt who wears the pants now in the Pittsburgh clubhouse, after Andrew McCutchen lept forward in 2012. He hit .327/.400/.553, while playing Gold Glove-winning defense in center, topping seven wins above replacement and finishing third in the NL MVP race. There is no doubt that he's the heart and soul of the Pirates, and that he's still playing the game at a different speed from everyone else. But while McCutchen has seen his OPS+ rise every year he has been in the Majors, it's simply not reasonable to expect him to break out to another level, when he's already a seven-win player. No, the real step forward has to come from somewhere else. 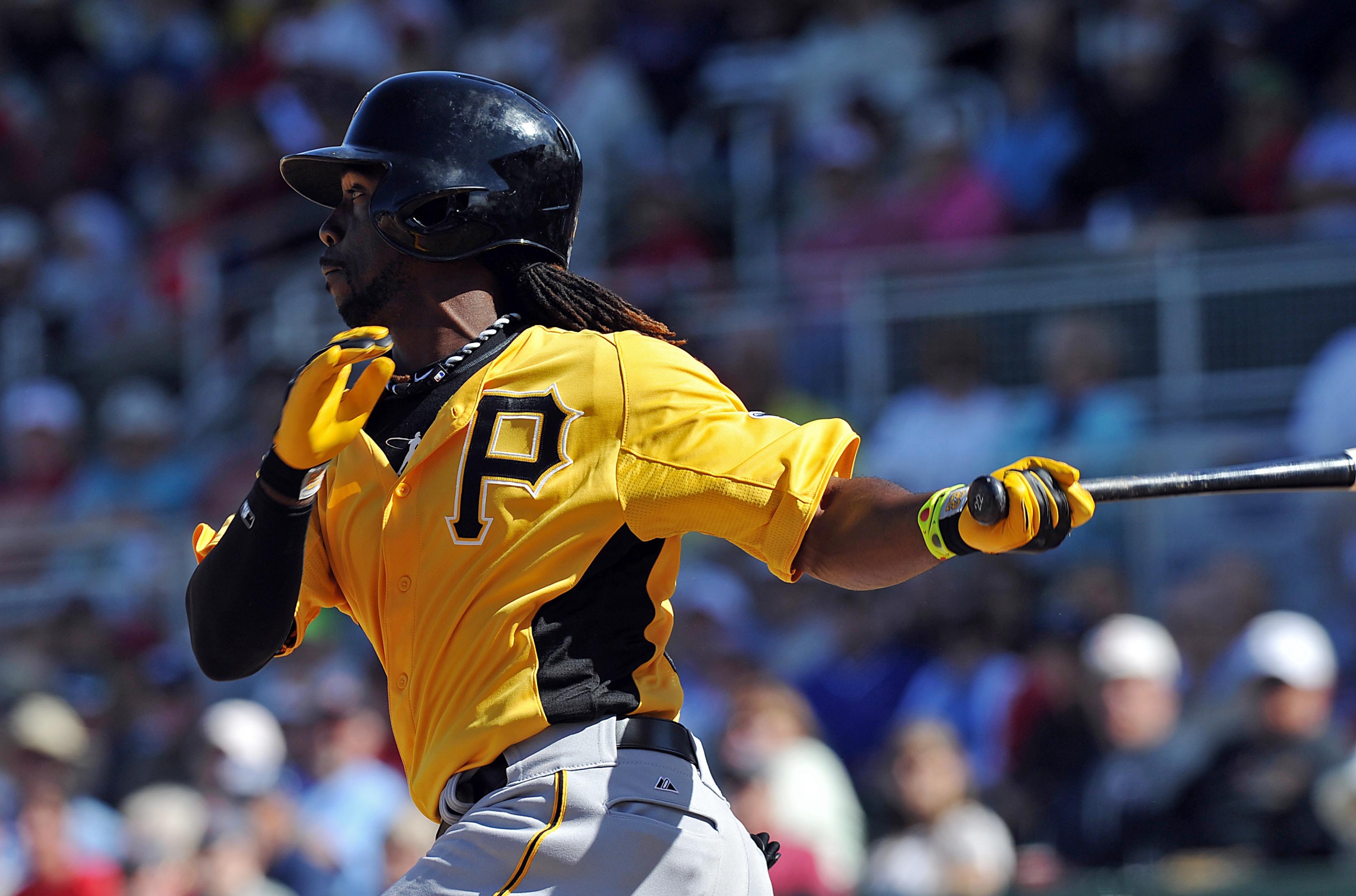 Even with McCutchen playing out of his mind the Pirates finished with 79 wins last year, which matched almost exactly with their pythagorean record. The Pirates let below-replacement level Rod Barajas start almost 100 games at catcher, the offensively anemic Casey McGehee and Jose Tabata soaked up 667 plate appearances between them, and Kevin Correia took 28 below-average turns in the rotation. By upgrading to Russell Martin, Gaby Sanchez, Starling Marte, and a full season of Wandy Rodriguez, the Pirates have actually upgraded their squad by four to five wins there. That's to say nothing about what they may or may not eventually get out of Francisco Liriano, when his broken arm heals, or from Gerrit Cole, a consensus top-10 prospect, who could supplement their rotation by the middle of the season if not sooner.

This is not to say that the Pirates' road will be easy. Since 1996, the average "fifth seed" in either league averaged 89 wins, so the Bucs will probably need reinforcements in both the rotation and the bullpen at some point if they're legitimately going to try and make the postseason. However, even with Neil Huntington's frustrating inability to significantly upgrade the starting rotation, the Bucs should finally break the curse of Barry Bonds in 2013.

On the other side of the ledger, I worry that we're all expecting too much out of the splashy Dodgers, who have shelled out big time to acquire guys like Zack Greinke, Hanley Ramirez, Adrian Gonzalez, Carl Crawford, and Josh Beckett in the past calendar year. But thanks to a thumb injury in the World Baseball Classic, Ramirez is going to be out for at least two months, Crawford is only just working his way back from his Tommy John surgery, Beckett suffered through shoulder trouble and diminished velocity in 2012, and Greinke is already receiving platelet-rich plasma injections in a sore right elbow. Aside from Greinke, the performance of those guys wasn't guaranteed to be anything close to where they were in, say, 2009, when they were all deservedly household names. Plus, nobody really knows how Korean phenom Hyun-Jin Ryu will play in the US.

This is a team with a ton of question marks and a potentially terrible defense, who is now forced to rely on the combination of Juan Uribe and Nick Punto to man third base, in what should be a very competitive division. I do love their pitching depth, but I worry that that's not going to be anywhere near enough to keep Don Mattingly from having to update his resumé in October. -- Mike Bates

It might seem odd to pump up one of last year's playoff teams heading into a new season, but that's just how the American League East rolls. Sure, the Orioles made it to October last year, but that was before the Rays filled holes and added some impressive kids, the Red Sox took the money from the Punto trade and reloaded, or the Jays took all the fun, non-Stanton portions of the Marlins away in order to improve maybe more than anyone else in the division. Let's not forget that the Yankees remain the Yankees as well, despite an off-season many would like to believe never happened. It's a dangerous division, and in many ways, the Orioles are the least dangerous team residing within.

There is a chance, though, that this Orioles team can surprise, and not in the way they did in 2012, when one-run games and a whole lot of luck powered them to the postseason: not to take away from their accomplishments last year, but even Orioles' fans will admit that in many ways it was a one and done situation until the kids are ready. Those kids could be ready now, though, or at least soon enough to make more noise than expected.

Brian Roberts is finally back and healthy, and if he can be even average, it'll be a boon to the Orioles' lineup and defense given their team leader in games played at the position in was Robert Andino and his 61 OPS+. They'll have a full season of Manny Machado at third base, and he's a year older with some big-league at-bats behind him. If he can take a step forward, it'll mean a lot to improving on what was a fairly average 2012 lineup. 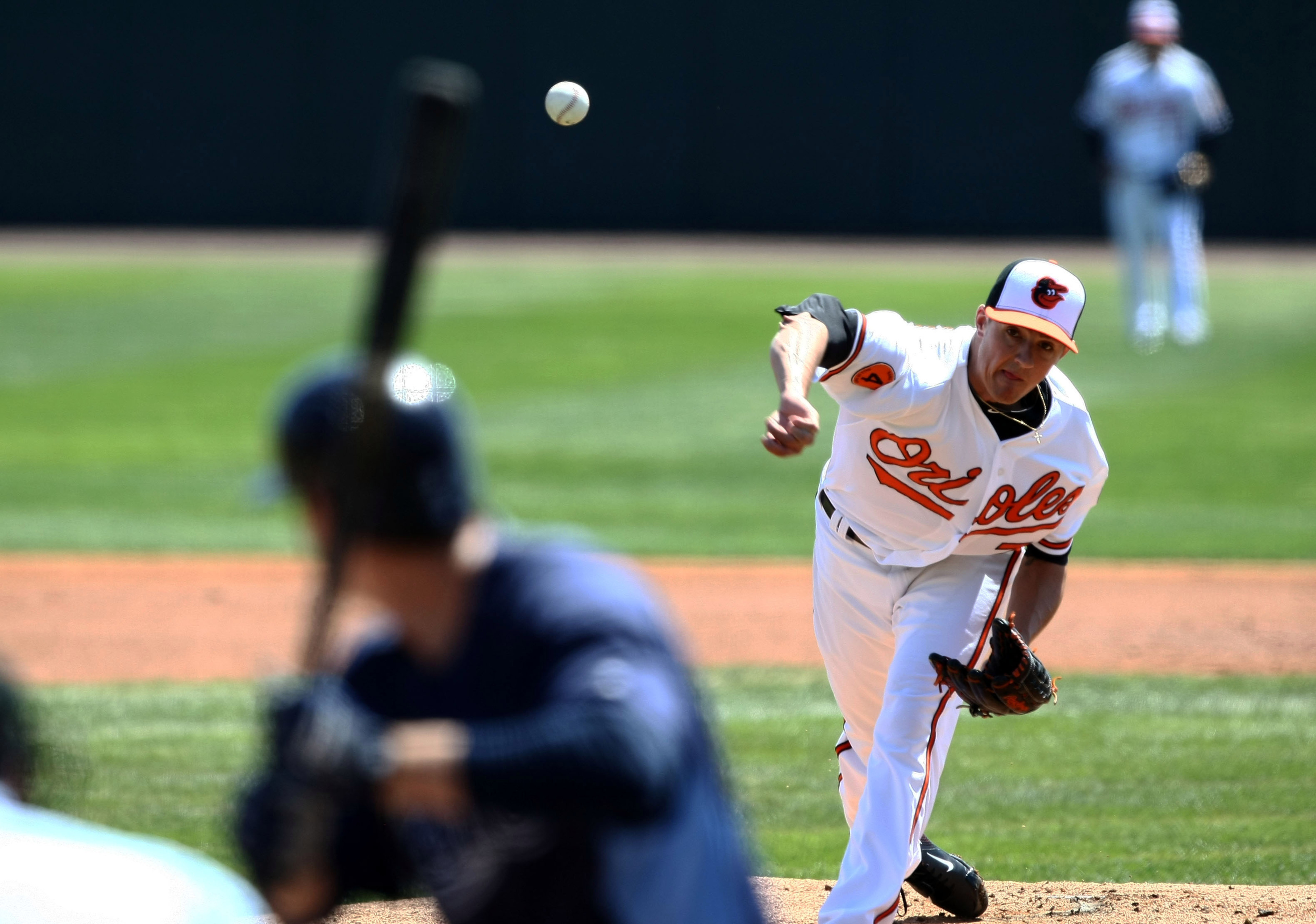 Those are both realistic propositions, but what has to occur -- and very well may not -- is for the rotation to step up in a reliable way. Yes, the 2012 team received inexplicable contributions from the likes of Miguel Gonzalez, but in 2013, they'll need more (and also less Miguel Gonzalez). Chris Tillman has to continue evolving into the pitcher that it was believed he could become for years now. One of Jake Arrieta, Brian Matusz, and Zach Britton has to start that process before no one anywhere believes in them as major-league starting pitchers anymore. Then there are their two big-time pitching prospects, Dylan Bundy and Kevin Gausman. The latter has all of 15 professional innings, but the Orioles gave him 16 innings this spring, and he's looked good. While he'll begin the year in the minors (as he should), likely at High-A or Double-A, you could see Baltimore pushing him to the majors if they're doing well and need the help. Bundy is in the same scenario, but a bit ahead, as he already made that push from High-A to the majors in a single season. 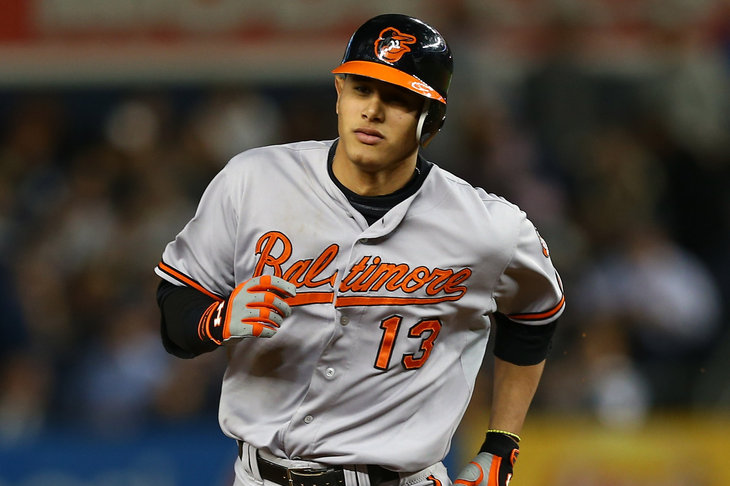 Manny Machado is in some good company regarding the start of his career. But where will he go from here?

A rotation with Jason Hammels, Wei-Yin Chen, Chris Tillman, one of the major pitching prospects, and one of the former pitching prospects could be a playoff-caliber rotation so long as the latter three components all turn in the kinds of season their potential -- or former potential, in a few cases -- suggest they're capable of. It's a long shot, sure, but is it any more of a long shot than their 2012 campaign?

The whole key to the Orioles season is going to be a strong start. If they can get out of the gate at a good pace, and the roster they start with can slowly evolve as players like Bundy become ready for big-league duty, then good things could happen. If they start slow, though, then the Orioles might very well be like the Red Sox were in general manager Dan Duquette's first post-playoff season: good enough, but not soon enough to matter. -- Marc Normandin