In the finale of our preview series, we take some wild guesses that almost certainly will not come true -- or will they?

Share All sharing options for: 2013 MLB season preview: The unexpected

I like rookies. Bryce Harper's excitement for the game is contagious, seeing Yoenis Cepesdes swing with all his might is the best part of watching an Athletics' game, and Yu Darvish throws roughly 1,439 different pitches, which is downright entertaining. In his first year, Mike Trout proved that he was talented enough for AL MVP consideration, and players like Wade Miley and Todd Frazier were huge assets to their respective teams. The problem with rookies, though, is that they grow up. Sometimes they fall victim to the sophomore slump, or as I like to call it, The Gordon Beckham Effect. While top-tier players like Trout, Harper, and Darvish have proven to be talented enough to excel again this season, I can't help but wonder what happens to players like Frazier, Norichika Aoki, Wei-Yin Chen, et al in their second season. It's hard enough to judge a player after just one full season, but for some ex-rookies, like Manny Machado, who had just 202 plate appearances in the majors last season, it's even harder to make meaningful predictions. While I'd certainly never wish the Gordon Beckham Effect on anybody, it seems inevitable that at least a couple of the rookies that we watched succeed last season might be in for a rude awakening as they grapple with the challenges of the big leagues. If they are lucky, their struggles will be short-lived. But the Beckham Effect hits hard, and that sophomore slump might still haunt them as they enter their fifth season. -- Cee Angi

The Unbearable Lightness of Being (a Pitcher)

It happens every year. Marginal pitchers will luck into a random year where they throw a ton of innings and post an ERA well above league average. It happened last year to Scott Diamond, Tommy Milone, and Lucas Harrell. None but the biggest fans of the Twins, A's, and Astros had even heard of any of them before the season started, but Diamond and Harrell became the de facto aces of their staffs and Milone started Game 2 of the ALDS for the A's. They will turn that season in the sun into at several more. Teams will give them chance after chance to duplicate it. They will stay gainfully employed for at least half a decade, earning salaries far beyond that of mortal men, while they chase their greatest success. They might find it again, too. They could become the next Mark Buehrle or Jamie Moyer -- or they could become the next Bruce Chen, Nate Robertson, Willie Blair, or Jeff Ballard. I love these guys. I love how unpredictable their runs of success are, and how teams continue to bank on them years after it was a good idea. It's a testament to the power (and foolishness) of positive thought. I can't wait to see who bucks the odds this year. Personally, I'm really hoping it's Kevin Slowey. -- Michael Bates

Mad Transactions and Changes of Role

Baseball is a game of probabilities, and thus it is the improbable, the unexpected, if you will, that has fueled every great moment in the game's history. Every season is chock full of great un-expectations. Last year those included the Orioles and A's, Mike Trout and R.A. Dickey, Josh Hamilton's four-homer game, a slew of no-hit and three perfect games, two cycles in the span of a week and a half, and a triple crown. This year, I expect the same, but different. There will be no-hitters, maybe another perfect game, but then, given the recent glut of such games, maybe the least expected thing would be a year without them. There will be great performances at the bat and in the field. There will be players who seemed to come out of nowhere (several of whom will quickly return there). There will dramatic clutch hits, walk-off wins, upsets and streaks, as well as season-erasing and career-derailing injuries, collapses, failures, and, unfortunately, a few real-life tragedies. If I predicted any of them now, well, then you couldn't call it unexpected anymore.

Earlier this week, SI.com asked me to name a "surprise team" and make a "bold prediction." (I didn't expect the Spanish Inquisition!) I suggested that the Astros may not lose 100 games and that no team in the AL East will win 90, though I'm not sure quite how bold the latter was. As for the unexpected, what if some of the veteran players currently dealing with injury or performance drops simply decide to retire? I could see Derek Jeter doing it if his ankle refuses to heal fully. What if Tim Lincecum never gets sorted out but is traded to Detroit and experiences a rebirth as their closer? What if Adam LaRoche gets hurt and Micah Owings becomes a platoon first baseman in a pennant winning team from Washington? What if the tenth pick in June's draft finds himself playing for the Blue Jays in the playoffs in October? That would be pretty unexpected. Wouldn't it? -- Cliff Corcoran 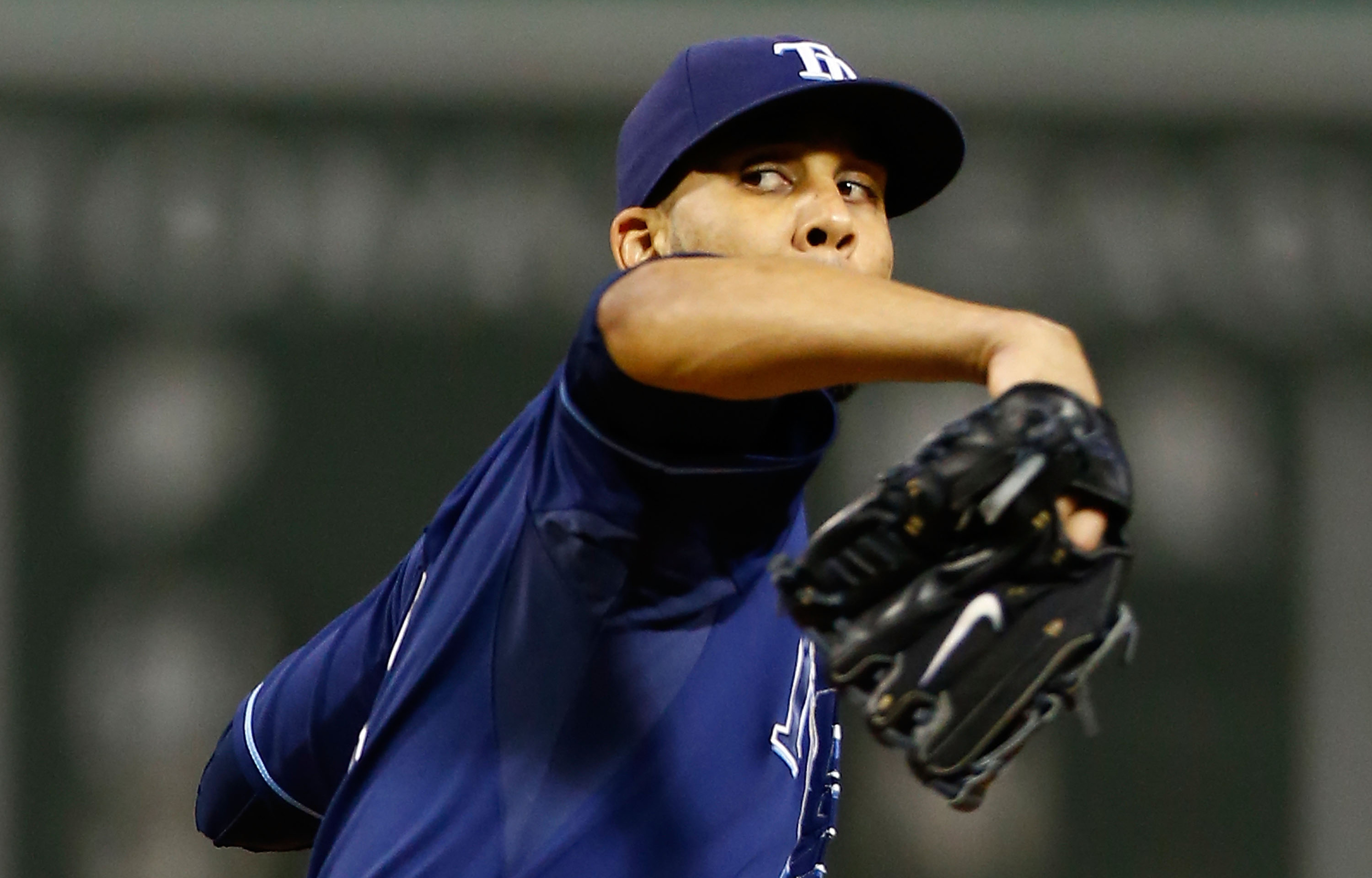 This is the spot where we go out on a limb to make projections that very likely won't come true, and I can't think of a better place to talk about possible Cinderella stories for 2013. Last year, we saw two long-time second-division teams, the Orioles and Nationals, make it to the postseason. Unfortunately, both saw their ride end in the division series. This year the Nationals should be back (I'm less sanguine about the O's), and with a full season of Bryce Harper and an unleashed Stephen Strasburg, they might even be dominant, so inasmuch as I am sympathetic to the former Expos, I'm not sure they still fit the glass slipper as much as the iron boot. Instead, let me propose that the Rays will win the AL East, overcoming the loss of James Shield and B.J. Upton, the inevitable regression of Fernando Rodney, and the very existence of James Loney. Along the way, they'll blow past the reloaded Blue Jays, rebuilding Red Sox, and a second-half tease from the momentarily healthy but still decrepit Yankees. Behind the one-two pitching punch of David Price and second-year star Matt Moore, as well as a needed infusion of power from midseason call-up Wil Myers, they will squeak past their playoff opponents and return to the World Series for the first time since 2008, narrowly defeating the Nationals in a nail-biter of a seven-game series -- and in return for giving their fans such a thrilling ride, the Rays will finish in the bottom three in the AL in both total and per-game attendance, and as he accepts the World Series trophy a jubilant Stuart Sternberg will announce that the club is breaking its lease, lawsuits be damned, and moving the club to Las Vegas. All of the foregoing, with the exception of the Las Vegas part, seems within the realm of possibility -- and even that probably needs to happen, if not to Vegas, than, well, anywhere else.
-- Steven Goldman

Normally, this is the space with which I would tell you that no, really, the Padres will be good this year! However, they decided to get their injuries out of the way in the off-season instead of waiting until after I had given this speech, so, while useful for our purposes in not making me look silly, that's all kind of a drag to think about regardless. Plus, if I don't write about that, maybe they'll just go ahead and be good to spite me, which would still be pretty cool given that I would then get to see them do well, despite not predicting it. These are the big decisions, you know.

So, let's look elsewhere for our off the wall prediction that I can later dismiss as simply being too weird to get, that was the point, it's art, man. Vernon Wells will be useful for the Yankees. Not like, worth the price tag useful, even on the split bill the Yanks and Angels are sharing. But, while waiting for injuries to heal, he'll fill in well enough for a club that sported an awful lot of Raul Ibanez in 2012, and, relegated to duty against left-handed pitching after that, the righty Wells will remind people just how terrible an environment for hitters Angels Stadium is. It's not the sexiest work, but for a dude that has hit .222/.258/.409 the last two years, you take what you can get. -- Marc Normandin

In 2009, Baseball Prospectus's PECOTA system looked at Matt Wieters, who had never played a game in the big leagues, and saw a catcher who could hit .311/.395/.544 and be worth nearly eight wins above replacement player. Four years later, Wieters has established himself as an All-Star caliber player -- not by dominating with the bat, but by providing excellent defense and above-average offense for a catcher. My "unexpected" prediction is that 2013, Wieters' age-27 season is the year (and maybe the only one) in which he lives up to the hype; he continues to improve the walk and line-drive rates, more of those drives find holes than had been in 2011 and 2012, and more of his long fly balls leave the park. Wieters ends up with something like a .300/.390/.540 line, with more than 30 home runs, and gets some serious MVP consideration (though probably not as much as he'll deserve, playing for an Orioles team that ends up well out of the running). -- Bill Parker

• Wainwright gets $97.5 million, Cards get nervous