Will the Royals do better than expected? Can the Tigers repeat? The Twins will be bad.

The Tigers were plenty good in 2012, but might be even better in 2013. That's also the case for just about everyone else in the division as well, leading to the the big question: has anyone loaded up enough to keep 2013 from simply being a repeat of the year before? 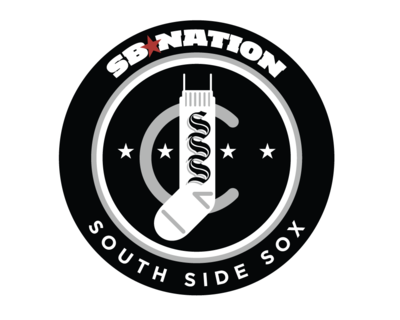 All Up in White Sox Business Since 2005

Top 100 prospects: Baseball Prospectus says zero. Baseball America also says zero. This is what happens when you spend the least on the draft of any team over a five-year period. But hey, they spent nearly $3 million more than their previous five-year average last draft, so maybe that can change if they keep it up.

Key additions: Jeff Keppinger, I guess? The White Sox had a pretty quiet off-season, picking up Gavin Floyd's option, signing Chris Sale to an extension, holding on to Jake Peavy. Last year's roster is this year's roster in a lot of ways. That's not a terrible thing, but it's not exactly a good thing, either, since the Tigers might have improved.

Jim Margalus of South Side Sox:

White Sox' best-case: "Sale and Peavy repeat their 2012 performances, except with stronger second halves. John Danks works his way into the rotation and looks like an entrenched No. 4 starter. Alexei Ramirez rebounds to his career averages, Keppinger and Gordon Beckham solve the holes at their positions. Tyler Flowers holds his own. Dayan Viciedo takes a step forward, Alex Rios and Adam Dunn hold their ground, and Paul Konerko wards off a second decline. Jared Mitchell and Carlos Sanchez give the team a shot of energy from Triple-A over the last two months, helping them stave off another flat September. They win 90 games, grabbing a wild card or edging the Tigers for the Central crown."

White Sox' worst-case: "Sale gets hurt. Peavy gets hurt. Floyd gets hurt. Keppinger gets hurt. Danks stays hurt. Jesse Crain stays hurt. Dunn's 2012 is a dead-cat bounce. Rios can't shake his alternating-year pattern. Konerko is dragged down by age and nagging injuries. Flowers isn't the answer. The Royals and Indians pass them by, Rick Hahn subtracts at the deadline, and the Sox finish with a win total in the low 70s."

Twins baseball is a year-round sport

2012 Opening Day payroll: $100 million, part one of a multi-part plan in which the Twins cut payroll after realizing they weren't great at spending.

2013 projected payroll: $78 million, part two of a multi-part plan in which the Twins cut payroll after realizing they weren't great at spending.

Aaron Hicks: Hicks was Baseball America's #98 prospect heading into the year, but people are noticing him more now that he's hit .371/.410/.657 in spring training. It's to be seen how good he is in his first year in the bigs, but on a roster that isn't setup to win now, guys like Hicks are what you look forward to seeing.

Key additions: They signed Kevin Correia, Rich Harden, and Mike Pelfrey, and traded for Vance Worley. Denard Span and Ben Revere are no longer around to catch the balls those pitchers will see put in play, and the Twins' defense already wasn't anything special.

Twins' best-case: "Let's be honest. A traditional 'Best-Case' scenario, where most individuals outperform expectations and as a result the team has a better than expected season, is really hard to imagine. If Kyle Gibson turns out to be Matt Cain, Joe Mauer hits homers like Mike Piazza, Hicks turn in a Kenny Lofton '92, and Trevor Plouffe's power potential explodes like Jose Bautista's did three years ago... this is a .500 team. My 'Best-Case' scenario is a little different: 70 wins, but the Twins find help in their burgeoning youth, the system's best prospects continue to develop, and one more year with a top-five draft selection. Because really, a .500 season might make the front office think this team is ready before it actually is."

Twins' worst-case: "Mauer gets hurt again, Justin Morneau bumps his head, every Twins pitching prospect undergoes Tommy John surgery for the second time in three years, we realize just how high we could have sold on Josh Willingham last year, and the quasi-decent bullpen that's been built up implodes. If you've been paying attention to the Twins the last three years you're probably realizing how realistic this all really is: 55 wins and the franchise is set back another five years." 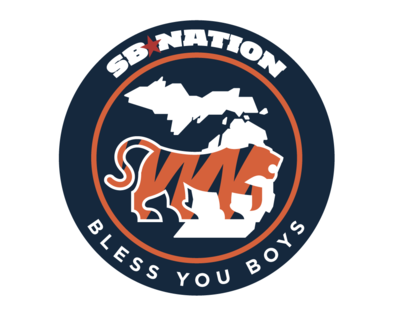 We've got two buses, Coke and a monstrous rotation.

2012 record: 88-74, good enough to win the Central for some reason. Once you're in the playoffs, though, it's anything goes, and Detroit made it to the World Series.

Key additions: Besides the "addition" of Martinez, the Tigers also added a full year (well, five of them) of Anibal Sanchez, and brought Torii Hunter on board to upgrade the outfield. Losing Delmon Young also counts as addition.

Kurt Mensching of Bless You Boys:

Tigers' best-case: "Tom Brookens does what Gene Lamont could not: Win a World Series as the Tigers' third base coach. We look back to realize that Jim Leyland's decision to bench Lamont was the key one of the off-season."

2013 projected payroll: Are you not getting this by now? #Process

Key additions: James Shields, Wade Davis, Ervin Santana, and re-signing Jeremy Guthrie mean the Royals' rotation is going to be vastly different than it's been in the last two decades. "Vastly different" also means "adequate" in this context.

Royals' best-case: "Dayton Moore's prayers are answered. Eric Hosmer is, in fact, the Son of God. Salvador Perez lives up to his first name, proving to be a fearsome warrior angel fighting at the Messiah's right hand. Mike Moustakas and George Kottaras succeed in convincing Zeus to transmogrify Alcides Escobar into Hercules Escobar. Shields emboldens his team to undertake what Greeks of yore were too fearful to attempt for fear of incurring the gods' wrath and leads the Royals to the summit of Mount Olympus whereupon the entire squad is granted the powers of deities. Moore is then proven to not be among the worst general managers in the sport, all bloggers and naysayers are smote from the Earth, and the Royals somehow find themselves in the playoffs."

Royals' worst-case: "There are two different worst-case scenarios, depending on your point of view. The first: Having gone all-in and mortgaging the future in The Process, the Royals win somewhere between 78 and 84 games, convincing the Glass family that Moore is on the right track, buying him yet more time at the helm of a ship hopelessly adrift without power, navigation, maps, food, masts, rudders, and adequate personnel. The second: The Royals implode spectacularly, finishing not only behind the likely better Tigers and White Sox and the arguably better Indians, but find themselves challenging the woeful Twins for last place in the division. In the long term, the second scenario likely rids the Royals of the inept management that seems able only to scout amateur talent while being deficient in the areas of player development (particularly in the starting pitching department), player acquisition and talent evaluation at the major-league level, analysis of the open market in the off-season, and execution of fundamentally sound baseball. In the short term, the second option is more painful to the casual fan or those with only one year left to live. In the big picture, it's hard to argue that the first scenario isn't the worst possible outcome, despite what the standings would imply in each case." 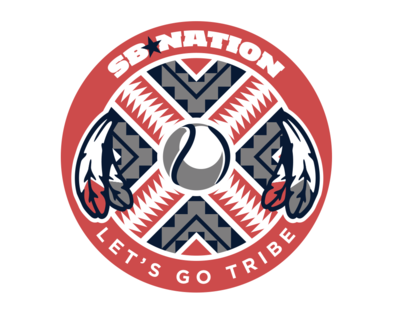 Scott Kazmir's comeback is pretty cool yeah?: It might be short-lived, depending on how well he can locate his secondary stuff -- heard that one about Kazmir before, perhaps? -- but it's a story worth following to see if he can avoid this fate once more.

Key additions: The Indians shrugged off the fear of losing draft picks and dove head first into free agency, bringing in Nick Swisher and Michael Bourn despite their qualifying offers, and inking the likes of Mark Reynolds and Brett Myers to (hopefully) effectively plug holes. They've lost Shin-Soo Choo, but if they can stay healthy, and the kids keep developing, they just might have themselves a lineup.

Indians' best-case: "Ubaldo Jimenez and Justin Masterson, who were both among the worst starters in 2012, turn into league-average starters, not co-Cy Young winners (I'm describing a best-case scenario, not a pipe dream), but just plain generic league-average starters. Scott Kazmir throws 160 surprisingly effective innings, Zach McAllister has a breakout season, and Trevor Bauer and Carlos Carrasco make small but meaningful amounts of starts filling in for some minor injuries. With the rotation stabilized, an improved lineup hands more leads off to the back-end of the bullpen. This formula is enough to push the Indians into contention for one of the two AL wild cards, and until mid-September, even a shot at catching Detroit at the top of the division. This competitive season funnels more fans into Progressive Field, and gives ownership an immediate return on last winter's free agent spending."

Indians' worst-case: "The 2013 pitching staff is a carbon copy of the 2012 staff. Jimenez hardly ever goes more than five innings, Masterson mixes excellent outings with horrible ones, and Brett Myers gets exposed by American League lineups. All these short outings by starters lead to more innings thrown by the sixth and seventh men in the bullpen, and even more runs given up in the middle innings. A better lineup stands no chance against the league's worst rotation, and the Indians challenge the Twins for last place in the AL Central. The fan base that was so energized by the moves made by the club becomes even more cynical about the club's future."

• Wainwright gets $97.5 million, Cards get nervous