Justin Verlander extended, but will Tigers' payroll extend with him?

The Tigers retain their ace, and at a fair price, but will the deal leave them enough room to field a competitive team over the course of the contract?

Share All sharing options for: Justin Verlander extended, but will Tigers' payroll extend with him?

Justin Verlander and the Detroit Tigers have agreed to a five-year contract extension that could potentially keep him in Motor City drag through the 2020 season. Already scheduled to make $20 million in 2013 and 2014, the new deal adds $140 million and five years (or an average salary of $28 million a year). A sixth year, the subject of a vesting option, would pay Verlander an addition $22 million for his age-37 season. Verlander is currently only the game's seventh most-compensated starter. Assuming no pitcher jumps the line between now and when the extension kicks in (Clayton Kershaw just might), the 2011 American League Cy Young Award-winner will jump to the top of the pile. Not only is Verlander now personally worth more than the city of Detroit itself, he also becomes the game's first $200-million pitcher.

It is difficult to conceive of how far away 2020 is. President Obama was re-inaugurated just a few months ago, but Verlander will, at least in theory, be pitching for the Tigers through the remainder of his term, as well as just about all of the next guy's (or gal's) first/possible only term as well. It's not that a seven-year deal is especially lengthy by the standards of today's top pitchers; as Adam Wainwright's extension suggested, the trend in pitching is that five-year deals are the new one-year deal, and six or seven years is the standard length for top hurlers -- CC Sabathia's initial deal with the Yankees was for seven years, and more recently, Matt Cain, Cole Hamels, Yu Darvish, and Zack Greinke got six-year deals (in some cases with an optional seventh year). Verlander, arguably the best pitcher in the game, is now being compensated appropriately in relation to his peer group.

All long-term deals carry risk, and long-term contracts for pitchers carry more risk than most. Verlander's new deal compensates him for past performance, and that includes leading the AL in innings pitched in three of the last four seasons and averaging 114 pitchers per start over the last three years. If that workload never catches up with Verlander, he will be on a very short list of pitchers who could legitimately claim the "workhorse" label. Roger Clemens, for example, got a labrum tear out of the way early in his career, and then, remarkably, pitched for another 22 seasons without having a major arm injury. Even some of the exceptionally durable aces of the previous generation, such as Nolan Ryan and Tom Seaver, could not make that claim. That's the thing about pitchers who have borne up under heavy usage: they always seem like the exception to the rule -- until they're not.

Verlander is already on track to be the greatest career pitcher in Tigers history (single-season is going to be difficult given some of the campaigns put together by Hal Newhouser, but even then, Verlander pitches against a much higher level of competition), so it's heartwarming to see him staying put in a city that needs its heroes. On a pure baseball level, even if Verlander continues to pitch well, the Tigers may have trouble digesting the size of the deal. The Tigers will have a franchise-record $143 million payroll this year. Mike Illitch spends, but he's not the Steinbrenners (or how the Steinbrenners were until quite recently), and it seems unlikely that a $200 million payroll is in the offing. He's also 83 years old, and you can't eat that much Little Caesars pizza and live forever. There is no guarantee that his successor will be as munificent, and whatever Tigers revenues are at that time, the payroll may shrink. 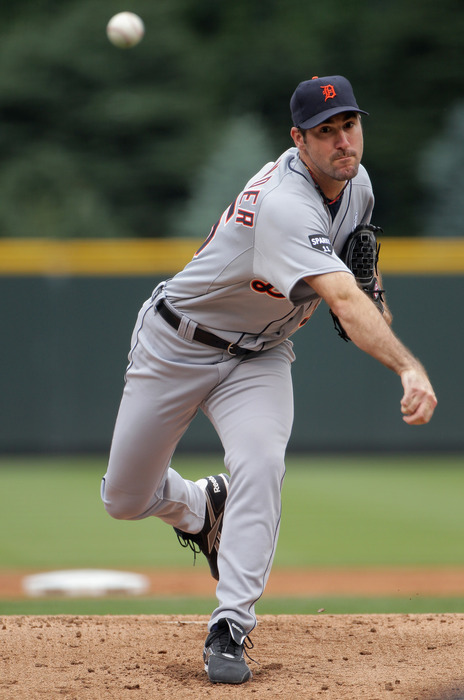 We saw just this phenomenon take place with the Kansas City Royals when Ewing Kauffman passed away. He was willing to spend at what was then a high level to keep stars like George Brett in Kansas City, whereas current owner David Glass has maintained one of the lowest payrolls in baseball. Forbes' recent survey of franchise values showed the Tigers as one of six teams to show a net operating loss last year, so the writing may already be on the wall. Put that aside, though, and for purposes of this discussion, let's assume that the Tigers maintain their payroll at roughly the $150-million level for the next several years. Verlander will be making $28 million, Prince Fielder $24 million through 2020, Miguel Cabrera will be making $22 million through 2015, and since he'll be just 33 then, he might be up for another payday or, if the Tigers don't have a ready prospect on hand, be replaced by a free agent. Anibal Sanchez is down for $15 or $16 million through 2017 or 2018. We haven't even gotten to Max Scherzer, who, if he continues to pitch as well as he has in two of the last three seasons, will be up for a long-term contract of his own, and we've already accounted for more than half of $150 million in just four players.

Of course, some players will come off the payroll in the interim, and the Tigers are probably already exploring possibilities for a TV deal that will replace their current $40-million arrangement, which ends after the 2017 season. No doubt that will help the Tigers extend their payroll even in the absence of Illitch's liberality. Still, as Verlander's contract itself shows, as more money flows into the industry, player salaries will rise as well, so even though the Tigers will have higher revenues, salary inflation will consume part of the increase. 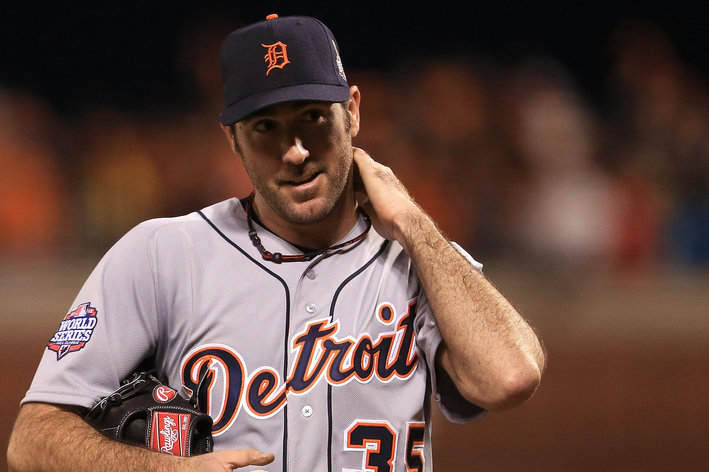 Detroit has made the ace right-hander the highest-paid pitcher in baseball history.

As the Yankees have discovered with their Alex Rodriguez, CC Sabathia, Mark Teixeira, and other long-term, high-value contracts, it is next to impossible to put together a strong team and exercise anything like fiscal discipline if you have huge blocks of cash tied up in just a few players. For the Tigers to avoid the same trap, their farm system is going to have to be awfully productive. The Yankees haven't had that, and they're paying for it this spring.

Justin Verlander is a pitcher to build around, but the lesson of the Yankees' struggle to decrease their payroll is that there are some things so large they can't be built around. It's like the old spiritual "Rock My Soul" - "So high I can't get over it, so low I can't get under it, so wide I can't get ‘round of it." Verlander was inevitably going to command these kinds of dollars given the direction in which pitcher compensation has been heading, but but they'll need a combination of rare health and a plethora of prospects to maintain their current level of competition. Rock my soul indeed.

• Boisball Cards! Everyone is on the DL or should be