Cecil Fielder thinks those who came after him tarnished his own greatness, and says so through the newspaper

Share All sharing options for: Cecil Fielder, 50 homers, and the Steroid Era

In early February, the Scranton Times-Tribune featured a piece by Donnie Collins titled: "Fielder's 51 HRs lost in steroid-era fallout." It's a pretty typical Baseball Writer's Steroid-Era Lament, with the addition of Cecil Fielder as the tragic hero. The gist is this: a) Fielder, ca. 1990-92 (and especially with his 51 home runs in 1990), was really special; b) the offensive explosion that almost immediately followed has made his accomplishments look relatively pedestrian; and c) that explosion happened because so many players were on performance-enhancing drugs. Add it all up,, and you get sad Cecil Fielder.

The logic (by both Collins and Fielder) is almost offensively flimsy, and your blogger dutifully taking exception to such tripe has a panoply of potential things to take exception to. Collins not-at-all-subtly accuses Luis Gonzalez, Jose Bautista, Brady Anderson and Greg Vaughn of being juicers despite a total lack of evidence (I've previously written about why it makes no sense to suspect Anderson any more than one would suspect any other player from his era, and most of the same arguments apply to the others). 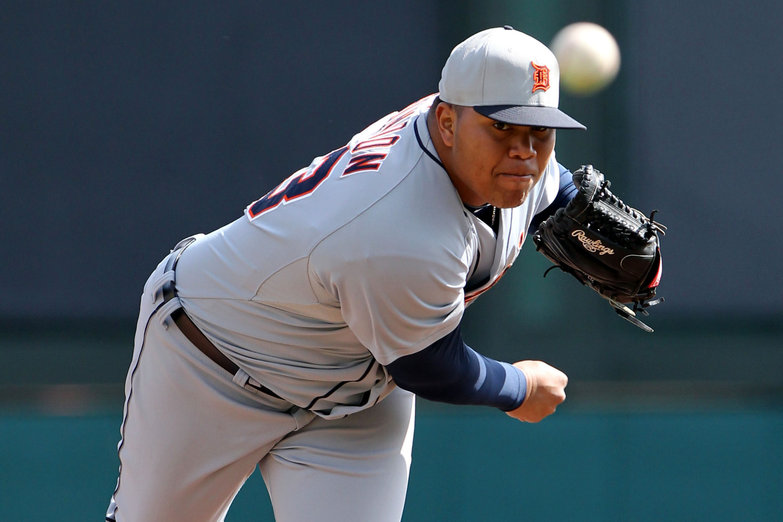 The Tigers are now "pushing hard to find a closer on the trade market." What are their options?

One could point out that Fielder was really only great for one year, 1990; Collins notes that he led his league in RBI three straight years, but by the third, 1992, his 118 OPS+ was exactly equal to the MLB average for first basemen. One could point out that steroids were certainly a part of the game by 1990, and that Fielder's great season came a year after he'd had to play in Japan for lack of a big-league job, so that perhaps he should be as suspect as anyone else from that period. There are a lot of really questionable metaphors.

And so on. I'd like to stick to the facts, however, and focus on the following passage:

Back then, they talked about him in the same category as Babe Ruth and Roger Maris, because those were some of the only players who ever approached that type of feat.

Now, they don't talk about him at all. Now, 50 is just a number. Now, even Fielder doesn't have a feel for his place in baseball history.

"It's hard to hone in on it now, man, because it's been done so many times," Fielder said recently during the annual Party With The Pros fundraiser at the Electric City Trolley Museum. "I was the 11th player in the major leagues to do it. It has been done more since I did it than it was in the 100 years of baseball before I did it.

There are a few things to note about this. First, Fielder refers to the number of people who had done it before, and Collins then contrasts that with the number of times it's been done since. It's true that Fielder was the 11th player to do it in the century ending in 1990, but it was the 18th time it was done; in the 22 seasons since, it's true that it's been done 24 times, but by 15 different players. Still much more common since than it had been before, clearly, but the difference is quite a bit less drastic if we pick one measure and stick with it.

Then, consider that from 1961 to the present, there have been eight more games played a year than there were in 1960 backward. A guy who hit 50 homers over 162 games could expect to have 47-48 homers, depending on where you feel like rounding, after 154. So, if you want it to be an apples-to-apples comparison, you need to count any hitters who had at least 48 homers in seasons prior to 1961 (call it 50*). That adds a couple; "it" was done 23 times, by 13 different players (the two new guys who would likely have hit 50 in a modern full season are Lou Gehrig -- twice -- and Ted Kluszewski, plus additional seasons by Babe Ruth and Jimmie Foxx).

Further, consider that each starting lineup position (save pitcher) in a big-league lineup is another opportunity for a player to hit 50 (or 50*) homers in a season, and that there have been many more opportunities per year, post-1990, than there had been for most of baseball history up through that point. For instance, the last time a player hit 50, in 2010, there were 30 teams, and 14 of those used a DH, so there were effectively 254 player-seasons ((16*8)+(14*9)); the first time it was done, by Ruth in 1920, there were 16 teams with no DH, so there were about half as many player-seasons (16*8 = 128). And it stayed that way until 1961, gradually expanding after that.

With those adjustments, the "explosion" looks quite a bit different. Here's the number of 50*-home run seasons per decade, alongside the number of player-season opportunities there were in that decade, and the resultant ratio of those seasons to total opportunities:

Looked at this way, the (adjusted) 50-home-run season was actually less common in the 1990s and 2000s than it was in the 1930s. and was one or two more big seasons either way from being roughly on a par with the twenties, forties and fifties.

Tigers may have interest in Cubs closer Carlos Marmol 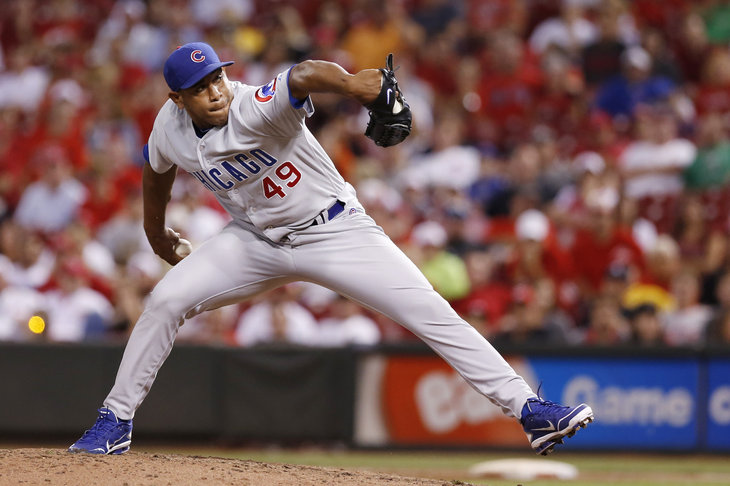 The Tigers are supposedly in the market for a closer. The Cubs want to move relief pitcher Carlos Marmol. Cue up Marmol to the Tigers rumors.

That said, the truth is that 50 (or 50*) homers in a season, even in the high-offense periods, is a rare enough feat that just counting them up isn't ever going to tell you much. I suspect that 1993-2007 or so was in fact the easiest period in history in which to hit home runs, and actually, there are ways to tinker with my analysis above to show that more clearly (most notably, I decided to ignore the 1994 strike, before which six different players were on pace to top 50; I'm a lot more comfortable extrapolating 162 games out of 154 than I am out of 114). The point is that when you adjust for the changing conditions, it's much less obvious that anything was out of the ordinary (as long as you're willing to consider the 1930s "ordinary").

And that's just the most obvious changing conditions. We also know that parks were tending to get smaller in a hurry around that time, that baseball at high altitude became a thing in 1993, and that expansions happened in both 1993 and ‘98. Which, common sense suggests, would allow already exceptional players (both hitters and pitchers) to put up better numbers, with added jobs going to more marginal players. Things certainly did change in a hurry after Cecil's run of (relative) excellence, but it's an open question how much of it was due to PEDs and how much was due to other factors that Cecil (assuming he wasn't or wouldn't have been on PEDs) could also have benefited from. Sure, it had happened only twice in the 26 years prior to 1990, but in the 22 years since it's been done by Ken Griffey Jr., Prince Fielder, Jim Thome and Ryan Howard a total of five times. Assuming Cecil thinks those guys are or were "clean" (and I have a pretty strong feeling about at least the first two), there are pretty clearly factors at play here beyond the drugs.

Cecil can be disappointed that he had his big year in the 1990 American League rather than, say, the 2000 National League; even given no pharmaceutical changes in Fielder, his 51 homers might well have turned into 60 or more. It's just not at all clear that his bitterness is properly directed toward the "cheaters." These sorts of swings have happened in baseball before, more or less, and could well happen again.

• The 5 most important players of the NL East