The Cardinals locked up their first baseman for at least half-a-decade, and did so because he can hit just about anywhere

The Cardinals signed first baseman Allen Craig to a five-year, $31 million contract with an option for a sixth year on Friday, giving them their first long-term option at the position since Albert Pujols headed west for more angelic waters.

This seemingly came out of nowhere, as Craig has played in all of 238 games in his three years in the bigs, much of that as a part-time player. However, with a first base vacancy finally giving the defensively challenged slugger a home he can reliably tend to, the decision to lock him up before he becomes a known quantity makes a lot of sense for the Cardinals.

Why Craig, though, rather than saving their money for someone else, or shopping for a different first baseman? For one, the Cardinals already know he can succeed in St. Louis. Busch Stadium, where the St. Louis Cardinals play their home games, is a tough place to hit.

For lefties, all it does is cut into doubles and triples a bit, and doesn't offer any advantage for homers. For right-handers, however, Busch might as well be Yellowstone, as the power alley in left center extends out to 400 feet, and it's taken many a potential homer and turned it into something less because of it.

That's where Allen Craig comes in. 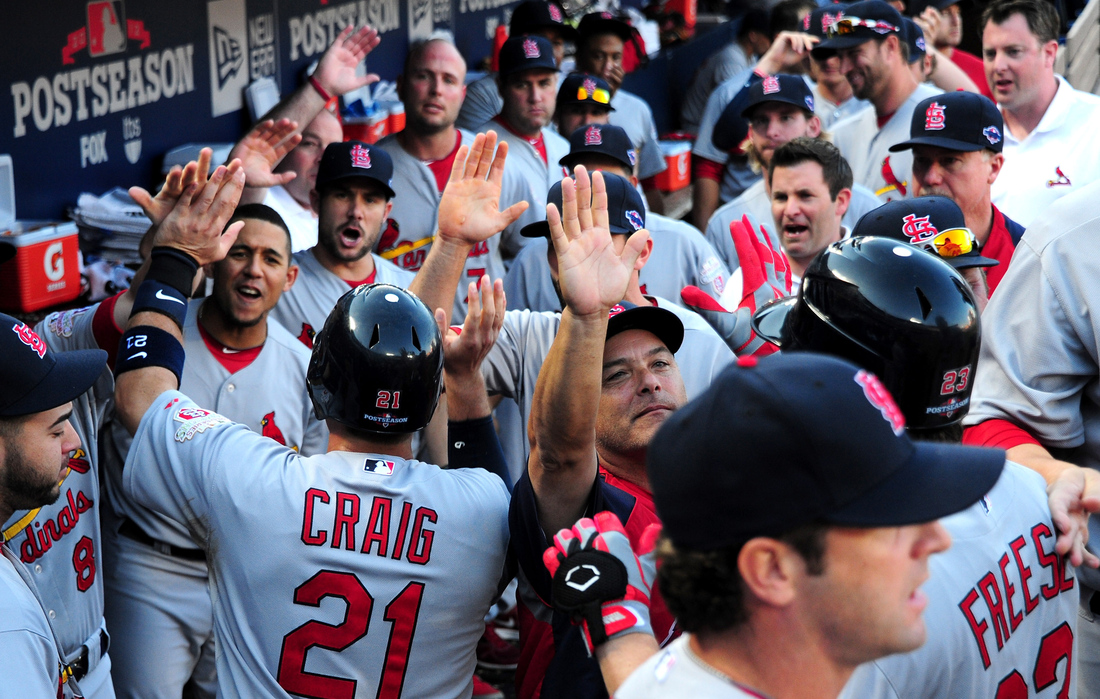 Craig is right-handed, but based on his numbers at Busch, you wouldn't ever know it. In his career -- albeit not the longest one -- Craig has .518 with a .208 Isolated Power, with 17 of his 37 homers coming at Busch. On the road, he's shown slightly more power, but also a lower batting average, giving him the OPS advantage during home games. That's not something every right-hander in that park can do, but Craig seems to have it solved. That's because Craig, for all of his deficiencies on the defensive side of things, can hit a baseball a long way.

On average, Craig's homers have just missed the 400 foot mark. No fence in the game is too high for him, as the average apex on the flight path of his homers is 92 feet, with the lowest of those still plenty high enough to clear even Boston's Green Monster with ease. He is primarily a pull hitter, but also has plenty of power up the middle, and even goes the other way with authority as well. While park overlays are not 100 percent accurate, you can get a sense of how little Busch Stadium holds him back by looking at the landing spots for all of his 2012 homers, courtesy Hit Tracker Online: 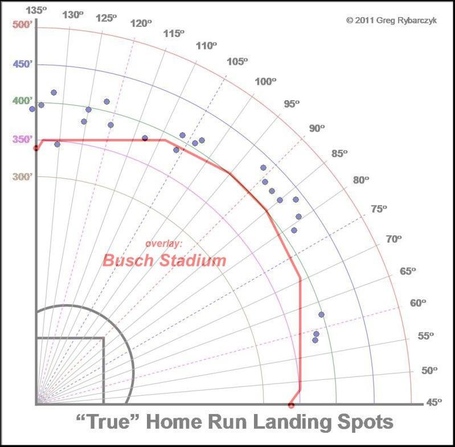 Just two of his 2012 homers wouldn't have gone out in Busch, while nearly all of the rest cleared the wall with room to spare. That's just one year, but the averages for his career line up nicely with the above: Craig just flat-out can mash, and it's why he's a career .300/.348/.515 slugger despite a park that wants he and his right-handed ilk to be less than that.

Craig had just two years of service time, and was therefore one more year away from arbitration. While he still would have been close to the major-league minimum this season, he shortly would have merited a raise with a repeat of 2012. The Cardinals took care of him earlier than they had to, giving Craig no reason to turn down a deal worth roughly 24 times what he's made in his career to this point, and likely getting a bargain out of it in the end. Should Craig end up falling hard as he exits his peak years at the back-end of the contract, we're talking about a contract with an average annual value of just $6.2 million -- even if most of the deal's dollars are tied up in the last couple of seasons, the contract won't be the kind of thing that limits the Cardinals from adding help elsewhere, or even replacing Craig at first.

That, combined with Craig's success at the Cardinals' stomping grounds, success that's been tough for some right-handers to find, is more than enough reason to extend him now before it was necessary. There is a reason the Cardinals have been as strong of an organization as they've been for as long as they have, and deals like Craig's will only add to that.

• What do the Cardinals do without Rafael Furcal?