Is the New York Yankees third baseman trying to suppress evidence of his own guilt?

New York Times reporter Michael S. Schmidt has followed up an article published Thursday revealing that Major League Baseball was buying up documents from the Biogenesis clinic, racing against "at least one player linked to the clinic [who] has purchased documents from a former clinic employee in order to destroy them." Schmidt has now identified that player as Alex Rodriguez. Rodriguez denied the allegations through a spokesman.

The original story said "the identity of the player who purchased documents is not known."

Baseball is in a difficult spot in terms of collecting evidence of cheating with which it can discipline players mentioned in the Biogenesis documents. The Miami New Times, which broke the story, has refused to share its information with MLB, and apparently federal authorities, if they are involved to any extent, are not keen to cooperate either. If there is no ongoing criminal investigation into Biogenesis, then there is nothing illegal about a player buying up documents to destroy them -- you can buy a mint copy of Action Comics #1 and tear it up if you like -- but that difference may be lost on Bud Selig, who is seeing his investigation obstructed.

That doesn't mean the Commissioner would necessarily be able to do anything about it. As Craig Calcaterra pointed out in January, the Joint Drug Prevention and Treatment Program agreed to by MLB and the Players Association does not provide the commissioner with the ability to discipline a player on general principles. There is a vague clause saying a player can be subjected to discipline by the Commissioner for giving "just cause" for any violation of the list of proscribed substances. This is as distinct from a failed test. What it doesn't say is, "A Player will be subject to discipline by the Commissioner for attempting what appears to be a cover-up by destroying incriminating evidence."

The Collective Bargaining Agreement says, "a Player may be subjected to disciplinary action for just cause," including, "conduct that is materially detrimental or materially prejudicial to the best interests of Baseball including, but not limited to, engaging in conduct in violation of federal, state, or local law." As we know from history, the "best interests" clause is highly elastic, and Selig could attempt to discipline Rodriguez under it, but the union would almost certainly ask an arbitrator to ask if the test of just cause had truly been met.

Ryan Braun, Biogenesis, and the suggestion of an MLB vendetta 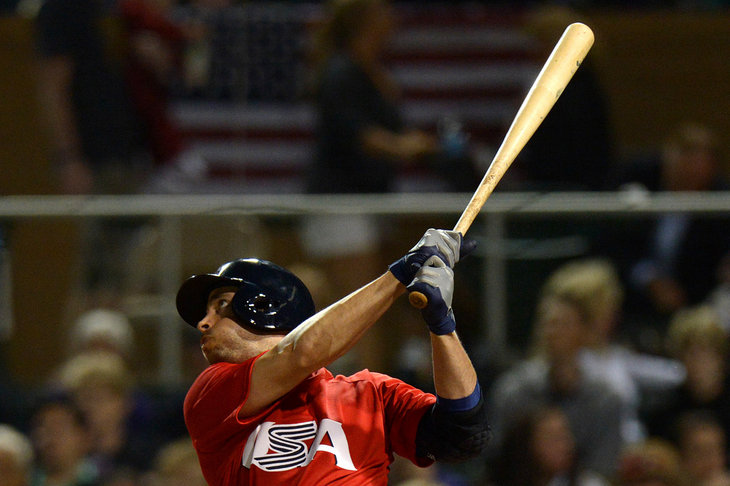 Does MLB have it out for Ryan Braun? And if so, why? (Besides the steroids.)

Regardless of whether Baseball can discipline Rodriguez at this point, the Times story, if true, raises some questions that Alex Rodriguez will have difficulty answering. To this point, as far as we knew, the information in the Biogenesis documents was a kind of hearsay -- just names in a notebook. They didn't prove possession, they didn't prove use. Having one's name there does, at the very least, arouse suspicion, but that doesn't rise to the level of proof -- forget about in a court of law or before an arbitrator, it really shouldn't even constitute incriminating evidence in the court of public opinion. Corroborating evidence is (or should be) necessary.

Having said that, it seems odd that a man who is not guilty would be trying to suppress evidence relating to his own case. Thus we seem to now be in a weird baseball version of Watergate, where the "third-rate burglary" of DNC headquarters eventually took a backseat to the White House's attempt to cover it up. In that case, even though there was nothing linking the President directly to the burglary, there was evidence (on the tapes) of his willingness to pay off those involved in order to ensure their silence. Americans were left to ask why someone who had nothing to hide would engage in a conspiracy to hide the criminal acts of others -- maybe he had something to hide after all. Alex Rodriguez's actions, if proven, now require us to ask the same questions about him.