Baseball's a funny game: robotically consistent in some cases, random and adventitious in others. Sometimes, a player comes out of nowhere — or, at least, seemingly nowhere — and has a season no one could have anticipated. These are the stories of those players.

Though he is now forgotten by most, Norm Cash was a very good first baseman for the Tigers, manning the corner in Detroit for 15 years. A four-time All-Star, Cash was a core member of the 1968 World Series champions. Though his power numbers were greatly affected by playing in the pitching-dominated 1960s, Cash was a solid middle of the order run producer. A fan- and clubhouse favorite, Cash was a career .271/.374/.488 hitter with 30 home-run-power in an era when hitting .270 with 25 home runs was a major accomplishment. 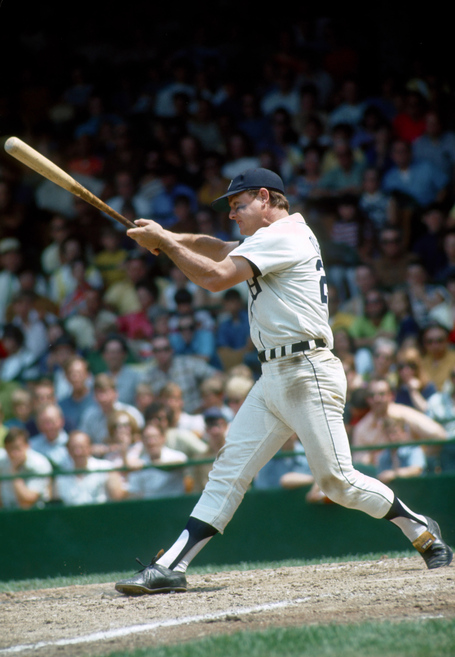 But for one remarkable season, Norm Cash was the best hitter in baseball.

The Tigers acquired Cash from the Indians after the 1959 season for Steve Detmer, one of the most lopsided trades in baseball history. Given the first base job in May 1960, the 25-year-old Cash hit .286 with 18 home runs. Decent, but not great.

Cash had one of the best years in Tigers history, putting up numbers which would have won the triple crown and MVP in many seasons. Cash ran away with the batting title, hitting .361 (the highest anyone would hit in the 60s), easily besting teammate Al Kaline’s .324. Cash led the AL in hits with 193, on-base percentage at .487, and OPS at 1.148. He clubbed 41 home runs with 132 RBI for good measure.

It may be the greatest offensive season absolutely no one remembers.

It was Cash’s bad luck to have his career best season in the same year Roger Maris and Mickey Mantle dominated baseball headlines with their chase for the single-season home run record. Compounding the matter was that the Tigers, much like Cash, were overshadowed by what was happening in New York. The Tigers won 101 games in 1961, yet finished 8 games back of those damn Yankees.

Despite having the best all-around offensive season in baseball, Cash finished fourth in the 1961 MVP voting, behind Maris (and his 61 home runs), Mantle (who hit 54), and RBI leader Jim Gentile of the Orioles (141, tied with Maris).

Cash’s 1961 may be the flukiest season of all time as well. He remained a very productive player over the remainder of his 17-year career, but Cash never again reached the heights on 1961. In fact, he never came close.

There’s one more caveat: Late in his career, Cash admitted he used a corked bat.

Stormin’ Norman perfectly summed up his ridiculous 1961 in his own words: "I owe my success to expansion pitching, a short right-field fence, and my hollow bats."

Entering the 2011 season, Adam Dunn would have had no business being near a list like this. He earned a reputation as a model of consistency, at least when it came to his power numbers. Not only did he hit at least 40 homers for five straight season—he hit exactly 40 in each season from 2005 to 2008. 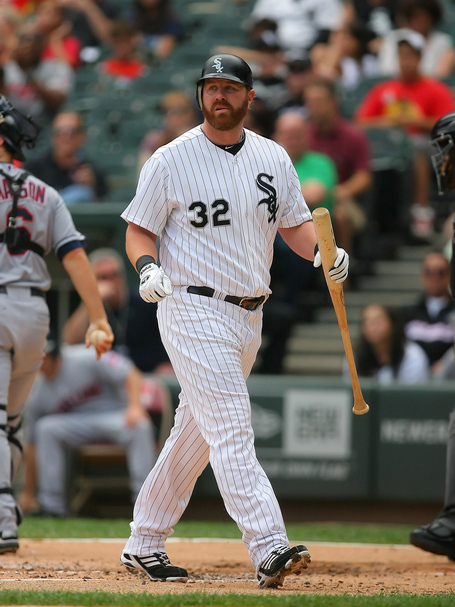 That’s what the White Sox had in mind when they signed him to a four-year, $56 million deal before the 2011 season.

Instead, Dunn produced the most disappointing season in baseball history. At .159, he would have recorded the lowest batting average had Ozzie Guillen given him six more plate appearances—even if he went 6-for–6. Likewise, his .272 on-base percentage was more than 100 points below his career average.

But it’s the home run total that really sticks out. Say what you will about Dunn’s unimpressive batting average and occasionally gruesome strikeout totals, but his ability to knock the ball out of the park made the lost at-bats worthwhile.

Now, he probably wasn’t healthy. If he was healthy, he wasn’t right. He rushed back from an appendectomy in six days, which seemed premature to first-guessers. His production plummeted immediately, and he never could regain his stroke. But because Ozzie Guillen was more concerned with his cold war with Kenny Williams than putting the best product on the field, Dunn kept playing, and failing.

Brent Lillibridge, who gives up about eight inches and 100 pounds to Dunn, out-homered Dunn that season. Juan Pierre drove in more runs. Even if Dunn’s career hit a wall, those two things never should have occured.

He eased concerns that he was done with a decent rebound in 2012. His slash line (.204/.333/.468) fell short of his National League track record, but with 41 homers and a batting average above the Mendoza Line, he at least resembles the Big Donkey again. If he can put together another respectable year in 2013, that 2011 line is just going to look even weirder.

This isn’t a true out of character season, but a season that well exceeded the expectations placed on the player.

After blowing up the club in 2002, the Cleveland Indians had been slowly rebuilding for the next two seasons, ending the 2004 season a couple games under .500. It looked like they were ready to contend again, but they didn’t have much money to spend on free agents. They had no shot at the big free agents that winter, and by the time January rolled out, were looking at fifth starters or injured pitchers to augment a rotation led by CC Sabathia and Jake Westbrook but with question marks following them. 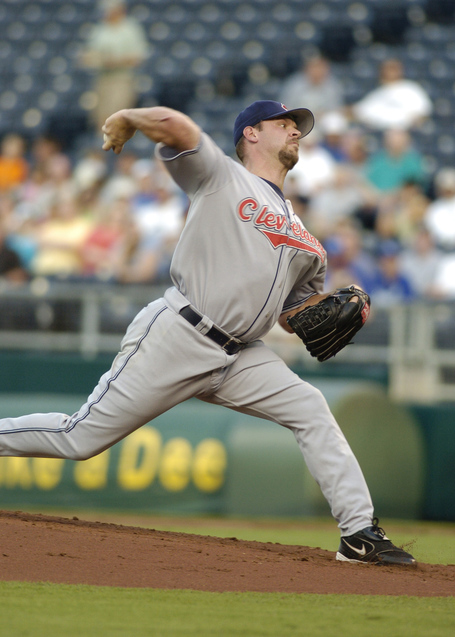 Enter Kevin Millwood. Injured the previous season, the big spenders weren’t giving him a multi-year deal, so the Indians gave him a one-year deal with only $3 million guaranteed. Even with the low-risk deal, the signing was panned almost universally (either the Indians had cheaped out by signing damaged goods or they overpaid for a pitcher who was good three seasons ago), but not only would Millwood make 30 starts, he was the best pitcher on a 93-win club.

Millwood had had good seasons before. In 1999, he finished third in NL Cy Young voting, posting a 167 ERA+. But going into the 2005 season, he hadn’t broken the 100 ERA+ mark in two seasons. No longer was Millwood a pitcher who could blow his fastball by hitters, but that didn’t mean he couldn’t keep runs from scoring. So even though he allowed a rather pedestrian 8.5 hits per nine innings in 2005, he led the league in ERA at 2.86 (147 ERA+). He managed this by somehow preventing runners who got on base from scoring; with a runner in scoring position, batters hit just .194/.290/.300 against Millwood in 2005.

The Indians rode Millwood to the brink of a division title that season, and that winter Millwood parlayed that unexpected success into a four-year contract with Texas. But he wouldn’t again approach the success he had in his lone season with the Indians.

In 1997, the Minnesota Twins began what would be the first of four consecutive 90+ loss seasons. I’ve referred to this as "The Dark Ages" on more than one occasion. The team had already endured four losing seasons in a row, but things were about to fall off the cliff. Draft results over the previous ten years had been, with the exceptions of Chuck Knoblauch and one or two others, terrible. Players who were the core of the ’87 and ’91 World Series teams were mostly gone, and that included Kirby Puckett, who was forced into an early retirement. 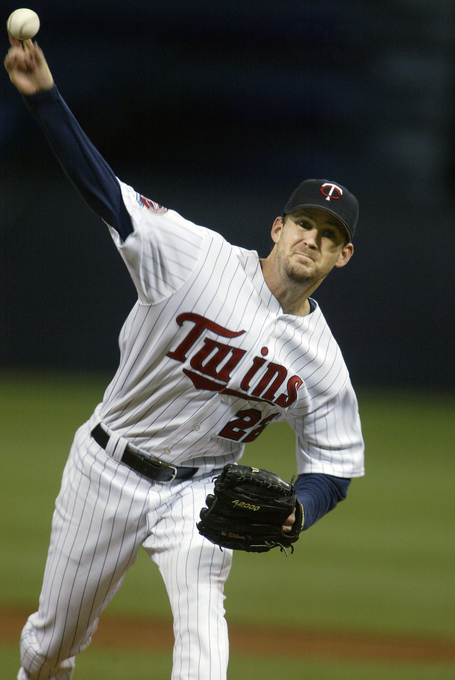 In spite of four losing seasons and falling revenues, the front office gave payroll an $11 million dollar boost, to $34 million. Minnesota lost more games anyway, winning just 68 of them in 1997. The one bright spot in this miserable season was a 24-year-old Brad Radke, who won 20 games and finished third in the Cy Young race behind Roger Clemens and Randy Johnson.

Radke was a solid pitcher throughout his career—reliable and durable, known just as much for his cold first inning starts as he was for turning down big money to stay in Minnesota to help rebuild a struggling franchise. But by winning 20 games on a hopeless team at the beginning of his career, expectations were set incredibly high. His peripherals in 1998 weren’t that much different from the infamous ’97 campaign, but when Radke’s ERA went up by half a run and he won just 12 games, certain sectors of the media and fan base questioned whether Radke was the ace of the team.

Of course he was the de facto ace of the Minnesota Twins, but he wasn’t what anybody would consider a number-one starter in the most general sense of the term. He epitomized what became "The Twins Way" for pitchers for most of the preceding decade, executing pinpoint command and inducing contact to earn his outs. His ability to be as successful as he was for as long as he was with this strategy speaks volumes about how good a pitcher he truly was, and less about the ensuing pitching philosophy that has in recent years led to poor major league starting pitching in Minnesota.

Radke was never a true ace. Unfortunately, for a team which was headed downhill and for a fan base that was starving for good news and good players, a 20-win season was both a career-best and wholly out of character. He never again collected gaudy win totals.

The "Bradke" is a still a hero in Twins lore for other reasons—but that 20-win season remains something more than just a footnote.

The signing was inevitable. Dayton Moore had been the Braves’ director of player development when Jeff Francouer was in the minor league system. Moore mentioned his former top prospect in glowing terms, both as a person and as a ballplayer. Moore had dealt with former Braves enough that it was becoming a bit of a joke with Royals fans; whenever a new signing was announced, we just figured they were products of the Atlanta farm system. This was going to happen. When the Royals announced they signed Francoeur to a one-year free agent contract after the 2010 season, the consensus was that at least it was just one year and at least it was just $2.5 million. Even on the financially stunted Royals, this wasn’t a crippling deal. 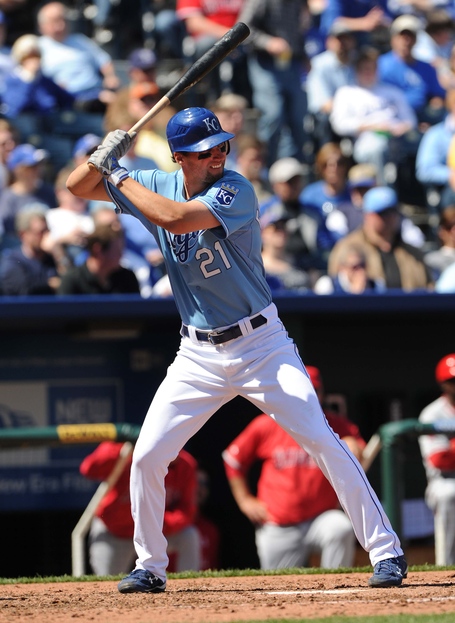 The performance was a surprise. Francoeur enjoyed a bit of a career renaissance with the Royals in 2011. Reaching the 20 home run plateau for just the second time while clubbing 47 doubles, he finished with a career-high .476 slugging percentage. His on-base percentage was shockingly above average at .329. He made several highlight-reel-worthy defensive plays in right field. Heck, he threw in 22 stolen bases for good measure. He wasn’t awful. (That’s a compliment. Seriously.) Overall, he finished with a 2.9 fWAR, his second best rate for a full season of play.

Sadly, the Royals bought his 2011 output as the real deal and awarded him with a two-year contract for around $13.5 million. Last year, he was known more for throwing baseballs into the stands with $100 bills rubber banded around them than for actually hitting baseballs. He regressed past the old Jeff Francoeur and into uncharted territory of awfulness. He couldn’t hit and on the rare occasion he actually reached base, it seemed he was thrown out trying to stretch a single into a double or he was gunned down attempting to steal. Search the Twitter hashtag #RoyalsFreeOut for a taste of how Frenchy’s 2012 season went. It wasn’t just his offense that was abysmal. He played the outfield like he had a piano strapped to his back. A –1.2 fWAR doesn’t really do his season justice.