When you think of baseball players banned for life, it's the gamblers who come to mind, Shoeless Joe Jackson and the rest of the Black Sox, or Pete Rose. Yet, others have been banned for life, and not for breaking baseball's cardinal rules about throwing games or betting on them, but for human weakness. In 1992, left-handed reliever Steve Howe, a former Rookie of the Year and All-Star, was suspended for life by then-commissioner Fay Vincent. Howe had done nothing to injure baseball; his crime was against himself: the pitcher was suspended for being a drug addict.

The use of myriad drugs, performance enhancing and not, are subject to penalties as a result of the Joint Drug Agreement between Major League Baseball and the Players Association. Cocaine is a Schedule II drug under the Controlled Substances Act, illegal to use without a prescription (which, sorry, you're not getting). All Schedule II drugs (as well as all Schedule I and Schedule III drugs) are forbidden to baseball players as per the Joint Drug Agreement. Baseball players are not tested for "drugs of abuse" like cocaine unless there is reasonable cause to suspect they are using. If they are found to be using, they are not punished (unless they were found out because they were convicted of use or possession), but are sent for treatment. It is only when a player does not cooperate with his treatment program that he is subject to suspensions and, should he still prove recalcitrant, a lifetime ban.

It wasn't always like that, as the case of Steve Howe attests. Howe was terrifically talented. The 16th-overall selection in the 1979 amateur draft, Howe made the Dodgers the next spring and was an instant success. In his first four seasons he posted a 2.17 ERA in 306-2/3 innings. Though a hard-thrower, he didn't strike out a lot of batters. His forte -- ironically, as it turned out -- was control: he averaged barely one unintentional walk per nine innings. He followed his Rookie of the Year citation with a starring role in the 1981 World Series against the Yankees, winning Game 4 with three innings of relief, and throwing 3.2 innings to save the Game 6 clincher.

Howe was a star. He also had a serious problem with cocaine and alcohol. He first went to rehab in December of 1982. As of May 17, 1983, he had pitched 14 games and 22-1/3 innings without allowing an earned run when he had to leave the team to reenter treatment. He was gone approximately six weeks. In July, he arrived three hours late for a game and refused to submit to a test to determine his sobriety. The Dodgers suspended him indefinitely, but reinstated him when he passed a drug test the next day. In September, he missed a team flight and again refused to be tested when he caught up with the team. The Dodgers suspended him for the rest of the season. That winter, Commissioner Bowie Kuhn suspended him for the entire 1984 season.

This was just the beginning of an odyssey of addiction, recovery, and relapse that would eventually end with Howe fatally crashing his pickup truck while under the influence of methamphetamines. Baseball would suspend Howe seven times. The seventh, which came not after he failed a drug test but was arrested just before he would have purchased cocaine (he pled guilty to "attempted possession") , was meant to be permanent. An arbitrator subsequently overturned the ban, and Howe returned to the Yankees, for whom he pitched until receiving his release -- for performance reasons -- in June 1996.

Howe was not the only player to face long suspensions as the result of drug use, nor the only one to face a lifetime ban that proved not to last a lifetime. That Baseball is now more interested in treatment than punishment shows that perhaps someone was paying attention and learned something. 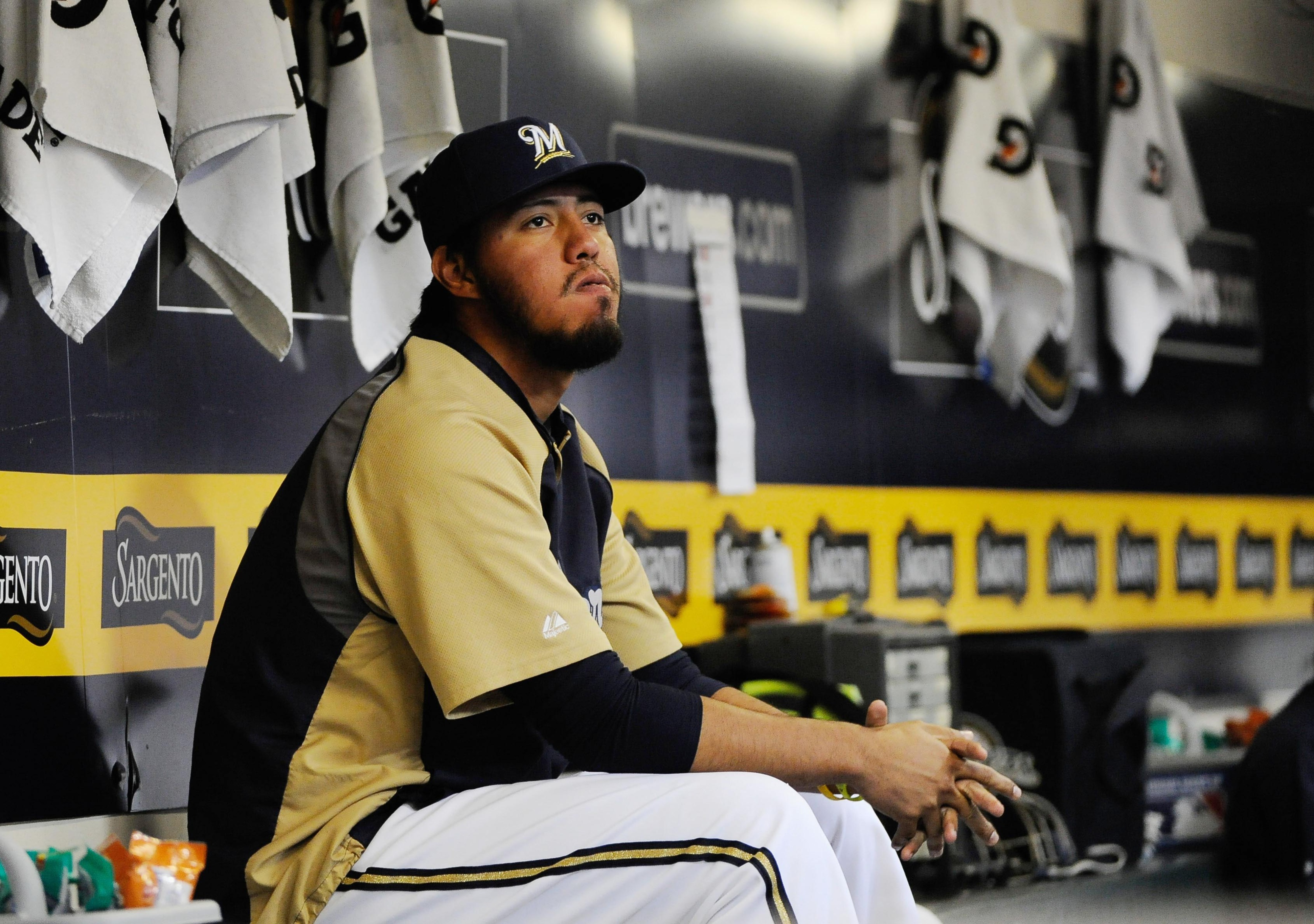 That still leaves a couple of key questions unanswered, both raised by Milwaukee Brewers pitcher Yovani Gallardo's arrest on Tuesday for driving with a blood-alcohol content nearly three times the legal limit. The first and less important is, "Just how many millions do you have to be making to know you can afford to have a cab take you home if you've had a few?" Gallardo is in the middle of a five-year, $30.1 million deal, so we can apparently start the bidding at $30,100,001. Everyone making less than that is too poor to call a cab and has no choice but to drive drunk.

Second, and far more important, given that MLB does not discipline players for driving while under the influence, what the hell did they put Howe through seven suspensions for? As their current approach suggests, the suspensions weren't for his benefit since they did nothing to address the underlying addiction. You might argue that cocaine is illegal, and MLB feels that their players doing illegal things reflects poorly on the sport. That would make sense, except that driving while intoxicated is illegal as well, and it is a certainty that more players drink than take drugs.

The truth is, MLB's lack of a disciplinary response to alcohol abuse and related violations of the law lies somewhere between an oversight and misplaced indulgence for a substance that baseball has always tolerated. Today we think of managers as the guy whose job it is to write out the lineup and tell the players when to bunt or hit and run. In the early days of professional baseball, such considerations were secondary to making sure that your players sobered up enough to play. Thus did Ned Hanlon, the manager of the old Baltimore Orioles, remark, "If you tried to run a league with teetotalers alone, the boozers would start a league and outplay and outsell you."

Until well into the 20th century, drunken ballplayers were figures of fun. In the early 1900s, the Giants had a pitcher named Arthur Raymond. Raymond was nicknamed "Bugs" because of the wacky way he acted when drunk -- which was all the time. You couldn't trust Bugs to sit in the bullpen because he would trade all the loose baseballs to fans for beer -- how funny! It was said that the more he drank the better he pitched, so why discourage him? Another round for Bugs, please! Oddly enough, drinking didn't cause Raymond to pitch better, it caused him to not pitch at all, since he was often too drunk to come to the park -- trés amusant! The Giants released him when he was sent to the pen to warm up but went to a bar instead -- what a card! He died at 30 after suffering a fractured skull in a brawl. HILARIOUS.

There are a lot more stories like that one, but I'll spare you. The attitude didn't change until the 1960s, when pitchers like Ryne Duren and Sudden Sam McDowell were brave enough to confront their problems with alcohol and share their recoveries with the public. Even then, there were many players that weren't saved. Think of Mickey Mantle. When Casey Stengel, in retirement, listed his all-time team, he left Mantle off of it. "Aw, how cruel," was the general sentiment, but maybe it wasn't cruel. Maybe it reflected that, as good as Mantle was, Stengel felt shortchanged by how much of his vitality Mantle drank away. If anyone was aware of that, Stengel was, and yet, what did Stengel do about that, or about Duren's alcoholism, or Joe Page's, or Johnny Lindell's, or any of the other hard drinkers on the club?

The answer is, he did nothing. His attitude was an inheritance of baseball culture going back to Hanlon and before: "I have found that the ones who drink milkshakes don't win many ballgames," he said. Further,

Players violated the nights on Mr. Stengel once in awhile. But the four that did, or five, or different men in different years -- they had the spirit of that ball club, and were trying to win, trying to get to home plate.

We don't advocate drinking. But to say that a ballplayer doesn't ever take a drink -- regardless of advertisements, some do. Now no ballplayer should ever get into the habit where he drinks before a ball game when you have night ball. Those kind of men never played for me over two years. When I had one of those boys, I said, "Well, this man is limited. We should get what we can out of him, and then if he doesn't want to change -- why, disappear him."

In other words, Baseball didn't want you to be an alcoholic -- it wanted you to be a functional alcoholic. That MLB does not deem it necessary to penalize players who drink to excess suggests that little has changed in the 52 years since Stengel said those words. If Yovani Gallardo had been arrested with an ounce of cocaine in his system, he would have faced a minimum suspension of 60 games and a stern, moralizing lecture from Bud Selig. Getting arrested with more Heineken than hemoglobin in his system won't even get him a cross email. Like cocaine, alcohol is an addictive drug. Unlike cocaine, it is legal to consume without a prescription provided you are over 21. Apparently that's all the difference Baseball needs to ignore it entirely.

Are Pro Athletes More Likely To Get Arrested For DUI? 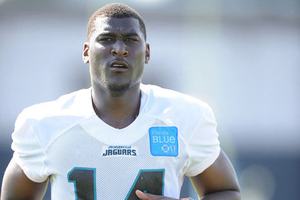 Sadly, it isn't unusual to hear about a professional athlete earning a DUI. But are these athletes better or worse about drunk driving than we are?

Major League Baseball has no obligation to police what its shifting collection of 750 young men (and Jason Giambi) does in their spare time, and yet, as Howe demonstrates, it always has. The penalties for usage of drugs ranging from LSD to PCP contained in the current agreement with the union shows that it continues to do so. If the game is going to take on this responsibility, then it seems odd that it would go to such lengths to make sure that players aren't tripping but doesn't bother to take notice if they do something far more likely to result in grievous harm to themselves or others. We have all kinds of examples, from Lenny Dykstra nearly killing himself and Darren Daulton on the way back from a bachelor party in 1991 to Matt Bush barely more than a year ago.

Think back to 2009, when young Angels starter Nick Adenhart was murdered by a drunk driver just hours after pitching his first game of the season. Think of the sadness that attended the loss of a 22-year-old who was just beginning his major-league career. Now think of how we might have felt if the opposite had happened, if some active hitter or pitcher, maybe not an unsung rookie or a fringe type like Bush, but a veteran, maybe an All-Star, certainly a millionaire, killed an innocent while driving drunk.

It will almost certainly happen someday. It's pure good luck that it hasn't. When it does, Major League Baseball can point to the Joint Drug Agreement and say, "But look! We discouraged our players from smoking pot and sniffing coke and taking horse-steroids and popping greenies and chocolate-covered espresso beans!"

At that moment, the silence will be deafening.

I had intended to stop there, but I have done a lot of writing about Jackie Robinson and Branch Rickey lately, and I can't resist letting the latter have the last word. Rickey, you might recall, did not drink. "They, whoever that is, have called me a fanatic on the liquor question," he said, "and they are right. That stuff not only destroys lives, but also it has done more to harm my business than anything of which I am aware." Smart man, Branch Rickey -- smarter by far than our current commissioner.

• Over the Monster: Boston, you're our home

• Do baseball players make too much money?

• Jackie Robinson gets Dicked around