Just how bad is the Marlins offense?

Even with Giancarlo Stanton, the Marlins offense is so bad that it might make the record books

Share All sharing options for: Just how bad is the Marlins offense?

The Marlins are bad. You might have noticed this. Their 3-13 record is the worst in the majors and translates to a .188 "winning" percentage (and, yes, the sarcastic quotes were absolutely necessary there). They do not, however, have the worst pitching staff in baseball. In fact, they're not even in the bottom third of the majors in run prevention. Among the 11 teams that have allowed runs at a higher rate than Miami thus far are the Nationals, Rays, Phillies, and Blue Jays. No, what makes the Marlins so execrably awful is the performance of the men on the other side of the ball.

Sixteen games into the season, the Marlins have scored just 33 runs, or 2.06 per game. That's not just the worst run production in the majors, it's the worst by a mile. The Dodgers have struggled as well, scoring just 2.73 runs per game, but the third-worst performance, which is where things start to clump up, has been 3.40 runs per game, 65 percent more than the Marlins' pathetic performance. What's more, while the Dodgers are struggling to score runs, they're at least hitting a bit with a team OPS+ of 95, just a bit below league average. The Marlins, by comparison, have a team OPS+ of 50. Fifty.

This begs the question, has a team ever gone an entire season with an adjusted OPS just half of the league average? The answer is no. In the modern era (since 1900) the worst team OPS was 70 by the 1901 and 1909 Boston Braves (or Beanaters and Doves, as they were known in those seasons, respectively) and just ten teams failed to post an adjusted OPS at least three-quarters of league average:

Even the 1899 Cleveland Spiders posted a 74 OPS+ (what made that team historically awful was pitching -- they had a 58 ERA+).

Could the Marlins join or even top the above list? I don't think it's out of the question. The worst team OPS+ of the current decade was the Mariners' 76 in 2010, so that proves that a performance approaching the ten-worst in modern history is certainly possible, and the Mariners were reportedly trying to win in 2010. 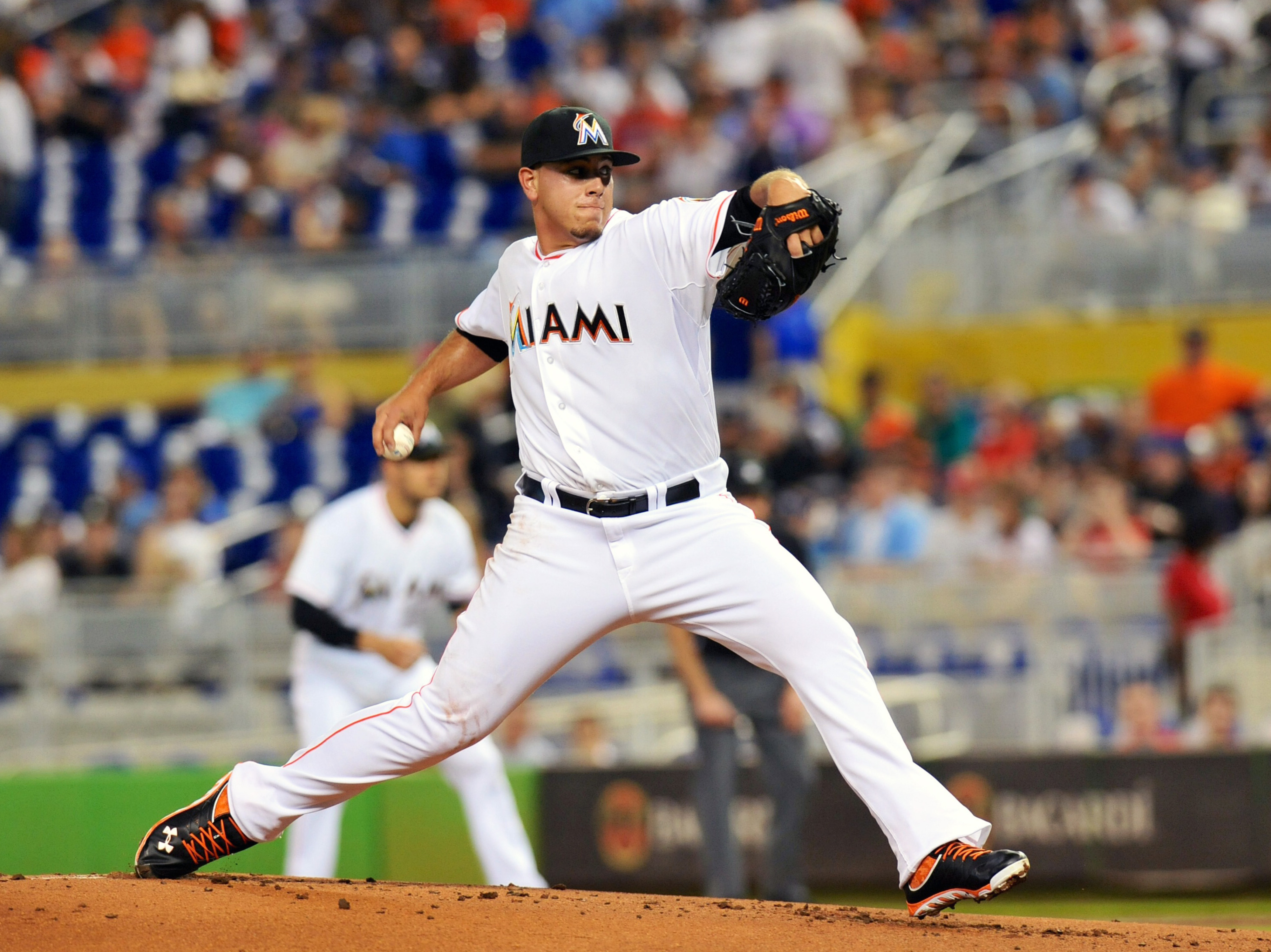 The X-Factor here is, of course, Giancarlo Stanton, the one member of the Marlins' lineup with the potential to significantly move its OPS+ needle. Stanton is off to a brutal .182/.357/.242 start with no home runs, just one intentional walk, and a team-leading 14 strikeouts in ten games. Prior to Thursday, he sat out a week due to a sore left shoulder. If the rest allowed him to heal, he could start to rake (he singled and walked in four plate appearances on Thursday but also struck out twice), but if the shoulder doesn't improve he could be headed for a disabled list stint that would do wonders for the Marlins' chances at a historically poor offensive performance (or a historically offensive performance, your pick). There's also the lingering chance that Stanton will be traded at some point during the season, completing the Marlins' firesale from the offseason.

As for the rest of the team, they're bound to perk up at least a little, and there are a few legitimate prospects, led by outfielder Christian Yelich, who could force their way into the lineup in the second half of the year. As of right now, however, this is very much a replacement level team. In fact, with the exception of Stanton, this lineup is almost the definition of replacement level comprised as it is of aging, unwanted veterans, rookies, and minor league journeymen. The Marlins' highest-paid hitter is Placido Polanco a 37-year-old, 16-year-veteran making $2.75 million, which is less than the average major league salary. For all the focus on the Astros this offseason, it may be the 2013 Marlins who are headed for infamy.

• Derek Jeter out through All-Star break

• Will Jeter ever play shortstop again?

• The most confusing hitter in baseball