Switching agencies may make a contract come faster, but it won't be any cheaper or shorter -- and therein lies risk for the Yankees.

Share All sharing options for: Robinson Cano's agent switch may doom the Yankees

When Alex Rodriguez opted out of his contract with the New York Yankees during the 2007 World Series, he not only alienated the public and ownership, he angered his teammates as well. "I told him he had to take responsibility and make it right," Mariano Rivera, an elder statesman even then, told the New York Times in a story published last Sunday. "He had to call them."

Eventually, Rodriguez received a 10-year, $275 million extension, but it didn't happen without the commencement of a three-ring circus that involved, "the rapper Jay-Z urging his friend Rodriguez to stay in New York, Goldman Sachs executives stepping in as intermediaries to smooth the negotiations and Rodriguez flying to Tampa, Fla., to ask the Steinbrenners for forgiveness." Even Warren Buffet got involved.

Keep Jay-Z in mind; he'll be popping back up in a moment.

Rodriguez's opt out and subsequent extension has been a nightmare for the Yankees, but the idea that he should have had to apologize to them for exercising it is ludicrous. It was a right he successfully bargained for (with the Rangers) and, as the Yankees proved by backing off of general manager Brian Cashman's vow not to negotiate and more or less immediately capitulating, it held immense value. That Rodriguez's skills and durability declined shortly thereafter is regrettable, but that's on the Yankees, not him -- when a 32-year-old player, no matter who he is, says, "I'm tearing up my contact and heading out the door unless you sign me to a 10-year extension," you don't negotiate, you politely thank him for his consideration and start looking for a replacement, because he's just done you a huge favor.

As Tom Hagen says in "The Godfather," "This is business, not personal." Of course, Yankees management and ownership took it personally anyway. As Rivera's reaction suggests, so did Rodriguez's teammates (somewhat inexplicably, unless their annoyance was keyed solely to the exceedingly poor timing of the opt-out announcement rather than to the actual exercise thereof) . Embarrassed, Rodriguez insisted that his agent, Scott Boras, had exercised the opt-out without his permission.

The foregoing suggests the context in which Robinson Cano's decision, announced today, to fire Boras and join Roc Nation Sports, a new agency associated with Creative Artists Agency (CAA) and headed by Jay-Z, was made. Cano, a career .308/.351/.503 hitter, Gold-Glove winner, and three-time finisher in the AL MVP top 10, is in the final year of his contract and, with Boras as his agent, was widely expected to test the free agent market. In a class increasingly thinned by contract extensions, Cano would have been by far the most attractive player available. The Dodgers, with cash to burn and aging gloveman Mark Ellis playing second, seemed a likely suitor.

Now that may all be out the window. As the old campaign slogan "Don't change horses in midstream" suggests, firing your agent on the verge of a major negotiation entails some risk, particularly when you're swapping out the industry's toughest negotiator for a relative newcomer. Yes, an experienced agent, Brodie Van Wagenen, will be doing the actual negotiating, but that's not necessarily the same thing as being the main voice in Cano's ear.

The change of representation probably doesn't alter Cano's chances of signing with the Yankees very much. Even if we give Rodriguez's tale of an agent gone rogue credence, his story shows that a player will ultimately land where he wants to regardless of the agent's intentions: Rodriguez wanted to be a Yankee, and so a Yankee he is, and will be, quite nearly until death do them part (at this point, that seems like the only thing left). What might have changed is the manner and time-frame in which Cano's return is arranged. As the Times article suggests, Boras is gung-ho to extract maximum value for his players (and, by extension, a maximum commission for himself):

After the Yankees' season ended, Rodriguez met with Boras and his associates... For three hours, the Boras group made an elaborate presentation to Rodriguez, replete with videos, charts and testimonials detailing their strategy to promote Rodriguez in free agency. They projected how much money certain teams might offer, and how Boras would market him to other teams.

At the end of the presentation, Rodriguez complimented them for their hard work but said he wanted to return to the Yankees. The air went out of the room. Boras and his team believed they could land a huge contract -- possibly as much as $300 million -- on the open market.

It seems likely that Cano remembers what happened with Rodriguez, how seeking free agency damaged his relationship with players, management, and fans alike, and that it might not have even been his idea. Switching agencies might have been Cano's preemptive strike against being railroaded in the way Rodriguez claimed he was railroaded. That's not the same thing as saying he will come back to the Yankees easily, or cheaply, or for a duration that would be friendlier for the team.

If this perception is accurate and Cano is insistent on foregoing free agency, maybe the Yankees will get a deal done now instead of next winter, and perhaps they'll get off (say) five-percent cheaper than they would have had Cano actually solicited outside offers, but no one will be passing the collection cup for him any time soon.

If that is the bottom line, it's bad news for the Yankees. Cano is a very good player, albeit one who sometimes seems as if he's just going through the motions, but he's also a relatively slow player at the physically demanding position of second base. For the most part, second basemen do not descend from their peak in slow, gentle fashion -- they fall off hard. Given Cano's lack of speed, when he loses half a step, and that's likely to happen somewhere in the next three or four years, it's really going to tell. 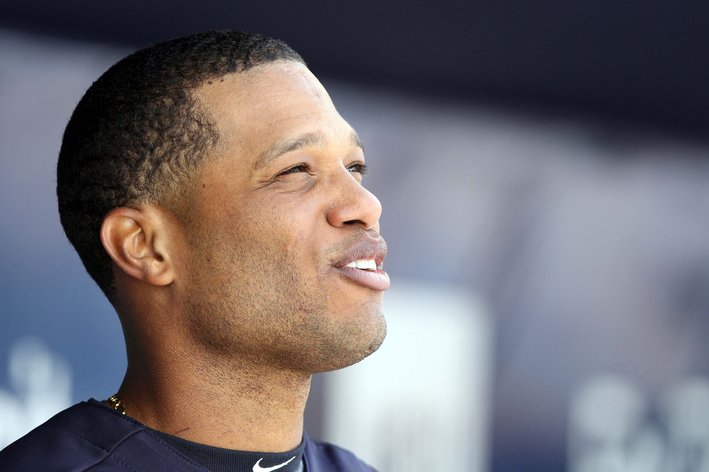 Robinson Cano will almost certainly be extended, but do even the great second basemen have strong finishes to their careers?

As long as the Yankees were prepared to keep spending $200 million or more on players, they could survive contracts like Rodriguez's, but as the team's current lineup suggests, if you're going to draw the line on payroll but have huge blocks of it tied up in just a few players, your flexibility vanishes. The Yankees have seven players making $15 million or more this season, including Cano. In the absence of a fertile farm yielding above-average, minimum-salary players, you have no ability to cope with injuries, free-agent defections, or players aging out of their value. There is little to do but wait for the contracts to end and hope the farm system can cover the gaps.

The Yankees are in that position now. A second baseman in his thirties is that situation waiting to happen. Cano has been of great value to the Yankees. Albert Pujols was of great value to the Cardinals and Josh Hamilton was of great value to the Rangers, and yet both were willing to move on rather than get stuck with the players' decline phases. The Yankees shouldn't be any different in this regard. Being in New York doesn't make them immune to the realities of player age and injury, and now that they've gotten budget-conscious, it doesn't protect them from their own mistakes, either.

The irony of Cano being represented by Boras was that, as much as they might have dreaded dealing with him, had he succeeded in getting Cano to test the market, he might have protected the Yankees from their own self-destructive impulses. Now that he's gone and Cano has, presumably, more conciliatory representatives in Jay-Z and Van Wagenen, they're in much deeper trouble.

• Searching for the most meaningful Opening Day