Boston pitchers are on a record strikeout pace, but will it keep up throughout the season?

Share All sharing options for: First place Red Sox striking out everyone

They're doing a pretty great job right now of serving as a welcome distraction and point of pride for a city that needs them, and of making the FCC issue statements in support of dropping the F-bomb on TV. You could be forgiven for not noticing that in addition to all that, the Boston Red Sox have been playing some really, really good baseball.

They dropped two tough games against the Royals on Sunday, but prior to that had won seven straight, and now sit at 12-6, which would (if such a thing made sense at this stage) be a 108-win pace, ties them with the Rangers for the best record in the American League, and has them in first place by a game and a half over the Yankees.

When the first betting lines came out in February, Las Vegas put the Red Sox' over/under at 79.5 wins. How is it that they've been so much better than that so far?

Perhaps the simplest answer to that question, and a perfectly defensible one, is that it's only 18 games, and every team in the big leagues is likely to have a stretch where they win something like 12 out of 18, or something close to seven in a row (well, maybe not the Astros). But that's no fun. Sustainable or not, how are they doing it?

But the real star has been the pitching; through Saturday, the Red Sox led all of baseball with a 2.71 ERA. The way they've been doing that is, quite simply, by striking absolutely everyone out. Even in the two losses yesterday, Boston pitchers whiffed 22 Royals in 19 innings, and now have struck out 178 in 162 innings on the season, a strikeouts-per-nine-innings rate of 9.9 as a team. 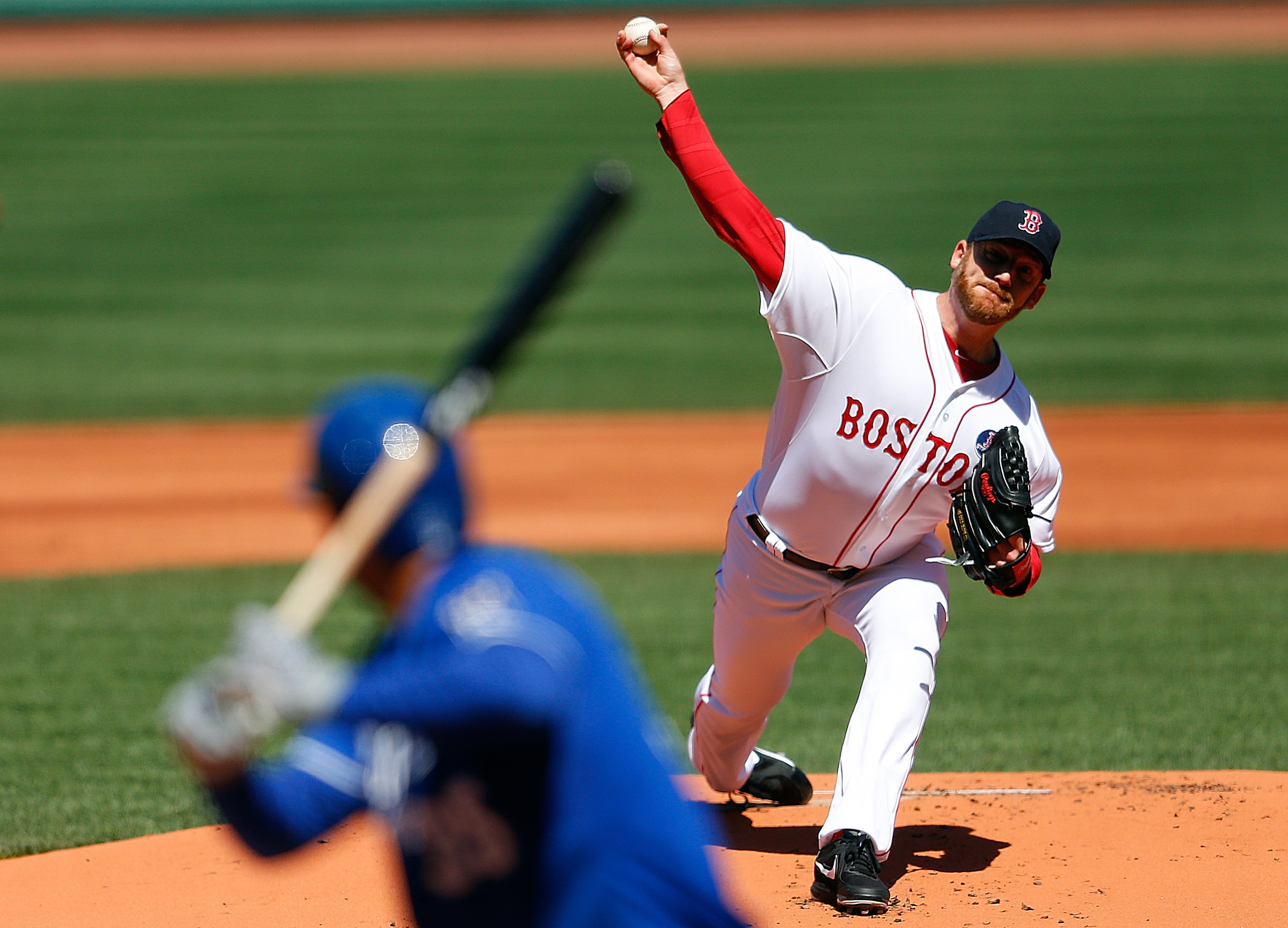 That's ridiculous. An individual pitcher who posted that K/9 over a full season would have led the National League in 2012, or both leagues in 2010 and 2006. The team strikeouts per nine record was set by the Brewers just last season, at 8.680 (edging out the Prior-Wood 2003 Cubs, at 8.677); the Sox right now are beating that by more than a strikeout a game. We know that strikeouts have been going through the roof -- the league-wide rate of 7.7 through Saturday is up from 7.6 in 2012, which in turn was up from 7.1 in 2010 and 2011, and two other 2013 teams (the Tigers and Royals) are currently ahead of the record pace -- but what the Red Sox' pitchers have done so far is crazy. Only two pitchers who have appeared for the Red Sox this season have a strikeout rate lower than the current MLB average -- Alfredo Aceves (6.9 K/9 in 14 1/3 innings) and Alex Wilson (who has struck out two in four innings).

It's not the kind of thing that's likely to last, at its current extreme level. Ryan Dempster -- who is probably a better pitcher and more of a strikeout pitcher than you think of when you hear the name "Ryan Dempster," but who nonetheless has never struck out a batter per inning over a full season -- has 33 in his first 24 innings, which is 12.4 per nine; closer Andrew Bailey, who hasn't topped a strikeout per inning since his rookie year in 2009, has fanned 15 in 9 ⅓ innings, 14.5 per nine; Clay Buchholz, who hasn't gone over seven per nine since his own rookie season of 2008, is at 8.7 (and also leads the league with four wins, 30 innings pitched and an 0.90 ERA). Even Felix Doubront, who struck out 9.3 per nine in 2012, seems quite a bit over his head at his current 11.7; only Jon Lester, who once led the league in the stat at 9.7 and is now at just 8.0, seems likely to keep up his current rate.

Clay Buchholz near no-hitter announces his return, but he's been back for a while 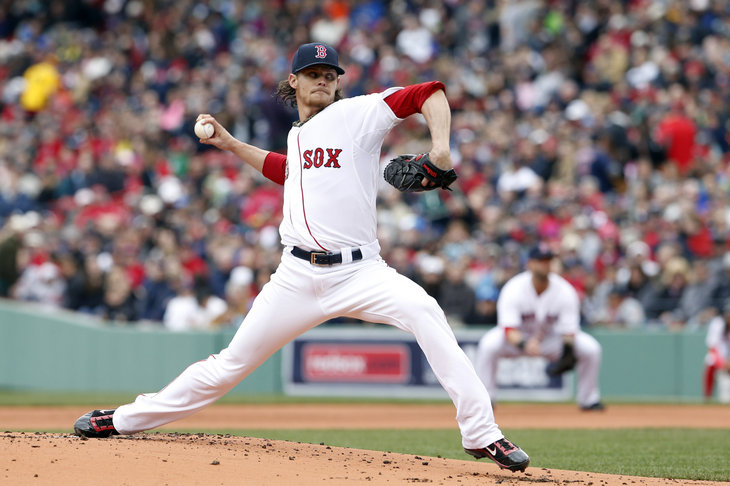 The near no-hitter was no harbinger, as Clay Buchholz has been real good for quite some time

The day is probably coming when we see an entire pitching staff strike out more than one per inning -- we've been headed in that direction for a while now -- but this staff seems like an unlikely pick to be the first. They're good, though, and I think they're showing that they're better than most were willing to give them credit for; each of Lester, Dempster, Buchholz and Doubront has the ability to be a well above-average starter (at least), and John Lackey, who should be back late this week from biceps inflammation, had a very encouraging four innings in his first start and could well make it five out of five.

When the strikeouts start to go down a bit, the ERA will come up a bit. But that could largely be offset by improvements as a whole; this should be better than a just-above-average-hitting team. Anyone replacing Jackie Bradley, Jr. in left field (even Bradley himself, later this season) will hugely outperform Bradley's .392 OPS; Dustin Pedroia and Shane Victorino will start hitting for a little power; Jacoby Ellsbury will draw a few walks; Mike Napoli will (and has already started to) hit better; Will Middlebrooks will hit much better; David Ortiz, who last year at age 36 had a 1026 OPS, has played only two games so far. They'll keep scoring plenty of runs, even if they don't keep hitting .299 with runners on.

It's only 18 games, and lots of things can happen in 18 games. Almost anything at all can happen over the remaining 144, including all kinds of ways the Red Sox could fall well short of those 79.5 wins. The entire Red Sox staff won't keep striking out batters at a rate that's better than Nolan Ryan's career figure. But to the extent we can read anything at all in to the first 11 percent of the season -- and we could reasonably say we can't, but that's boring -- there are reasons to think the Red Sox pitching, and the team as a whole, could in fact be very, very good.

• Derek Jeter out through All-Star break

• Will Jeter ever play shortstop again?

• The most confusing hitter in baseball