It's probably a coincidence, but some connections strain our willing suspension of disbelief.

Share All sharing options for: Robinson Cano associate was a Biogenesis client

Sometimes you just want a story to go away and leave you alone. The Biogenesis story is one of them. Rather than coming to any kind of resolution, it's going to be death by a thousand cuts as information leaks out, much of that information tantalizing but very possibly irrelevant. Case in point, today's revelation that an employee of Robinson Cano's was listed as having been one of the clinic's clients.

Guilt by association isn't guilt. Nor can we assume that Sonia Cruz functioned as a front for Cano, acting as an intermediary with the clinic so that he didn't have to get his hands dirty. Cano seems like the last guy to be so calculating, but then, Alex Rodriguez seems hapless (in a different way) and yet his minions are apparently ransacking the countryside like Darth Vader hunting for the stolen plans to the Death Star, buying up incriminating documents before Inspector Clouseau and All the Commissioner's Men can get hold of them. Anything is possible when it comes to this shady, cancer of a fly-by-night clinic that had shot through seemingly half of baseball with its toxic tendrils.

I once argued that if Bud Selig were a smarter man, he would draw a line under PED abuses prior to a certain date and say, "If it happened before then, it's in the past." In that way, he could focus on policing the game in the now, when presumably it would be cleaner than it had been in the time prior to PEDs being criminalized by MLB. This is what the first commissioner, Judge Kennesaw Mountain Landis, did with gambling. In 1926, a scandal erupted when letters between Ty Cobb and the pitcher Dutch Leonard seemed to implicate the two of them, as well as Smoky Joe Wood and Tris Speaker, in betting on games. Landis gave it a look, found that there wasn't enough evidence to prosecute Cobb and Speaker (the two still playing), and then said, in so many words, "Shut up, shut up, shut up!" If someone threw games before he became commissioner, he didn't want to hear about it. This had the effect of shutting up the Black Sox players, who took the Cobb-Leonard scandal as an excuse to start telling tales about all of the nasty things that had happened back in their day. 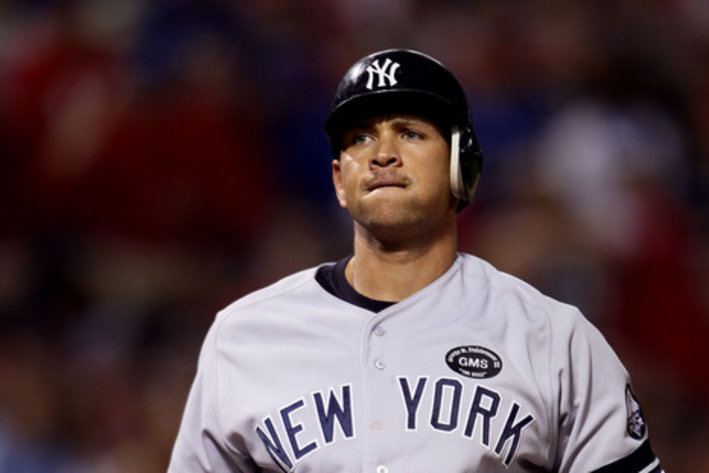 Is the New York Yankees third baseman trying to suppress evidence of his own guilt?

Unfortunately, Biogenesis is not wished away that easily. Information continues to sluice out of the gutters, staining all those mentioned, however tangentially they appear. It is for this reason MLB's investigation can't wrap up too soon. Indeed, MLB has a responsibility to itself, the players, and the fans to get it done, because lacking failed tests, it's going to be difficult for anyone to be punished for anything related to this incident. Instead, we'll just have to live with this slow-motion destruction of reputations.This is fair to no one.

It's clear that MLB and the Players' Association has a great deal of work to do to tighten its drug policy such that players are less inclined to circumvent the rules by haunting the back alleys of the pharmaceutical world, and indeed to associate with nefarious types who might cast doubt on the game's integrity. For decades this was the case with gambling. Indeed, manager Leo Durocher was suspended for the entirety of the 1947 season in part for his associating with gamblers. There probably needs to be a list of accredited drug- and health-supplement suppliers through which players can buy. Patronizing any establishment not on the list would be punishable by suspension.

Such a change would have to be collectively bargained, and could potentially be inconvenient, but could defuse any number of possibly embarrassing situations such as have arisen in relation to Biogenesis, players like the Yankees' Francisco Cervelli having to claim that he got in touch with them merely for information on supplements. I don't know how far one could realistically extend such a ban; perhaps it is a massive coincidence that an associate of Cano's was getting weight-loss treatment from Biogenesis, but such things strain credulity. According the original story on ESPN.com, "Two former Bosch associates said the $300 monthly tab was consistent with a weight-loss regimen, not performance-enhancing drugs," so it is to be hoped Cruz is telling the truth. Still: small world. Too small.

• When Jean Segura stole first base