Jackie Bradley's, Aaron Hicks' struggles remind us they can't all be Bryce Harper

Just because these two top prospects had great springs doesn't mean they can hit the ground running like Harper did.

Share All sharing options for: Jackie Bradley's, Aaron Hicks' struggles remind us they can't all be Bryce Harper

Bryce Harper is both a great and terrible thing. More specifically, his 2012 season, when the Nationals' outfielder found success despite the tender age of 19, was a great and terrible thing. It was great, because if there is one thing baseball fans can agree on, it's the excitement of someone new, someone young, someone great exploding onto the scene. It was also terrible, because if there's one thing baseball fans like to think is going to happen, it's the emergence of someone new, young, and great.

As the Aprils of Jackie Bradley Jr. and Aaron Hicks have reminded us, though, they can't all be Bryce Harper.

Join our Twins and Red Sox communities: Twinkie Town Over the Monster

Bradley and Hicks are both 23 years old. They both had huge springs, with Bradley at .419/.507/.613 with a pair of homers and 12 strikeouts against 10 walks in his 28 games, while Hicks hit .370/.404/.644 with four homers and six doubles in his 22 contests. Spring training doesn't mean all that much for a variety of reasons -- pitchers not using their full repertoires, variable quality of competition, and more -- but when two top-100 prospects start to mash in February and March, it's hard not to notice. Hicks was the #72 prospect on Baseball America's 2013 list, and has been in the top 100 four times in four years. Bradley was drafted in 2011 in the supplemental round after a down junior year at the University of South Carolina, but his first full season in the minors shot him all the way from off the list to #31 overall.

When the schedule shifted to games that count, though, both players scuffled. Bradley hit .097/.263/.129 in his 12 games and 38 plate appearances and was benched a series before he was expected to be sent down in exchange for designated hitter David Ortiz, the player he was replacing on the roster to begin with. Hicks remains in the majors, but isn't doing any better at .059/.200/.059 with 21 strikeouts in 60 plate appearances. As with Bradley, the walks are nice, but there's nothing else there. 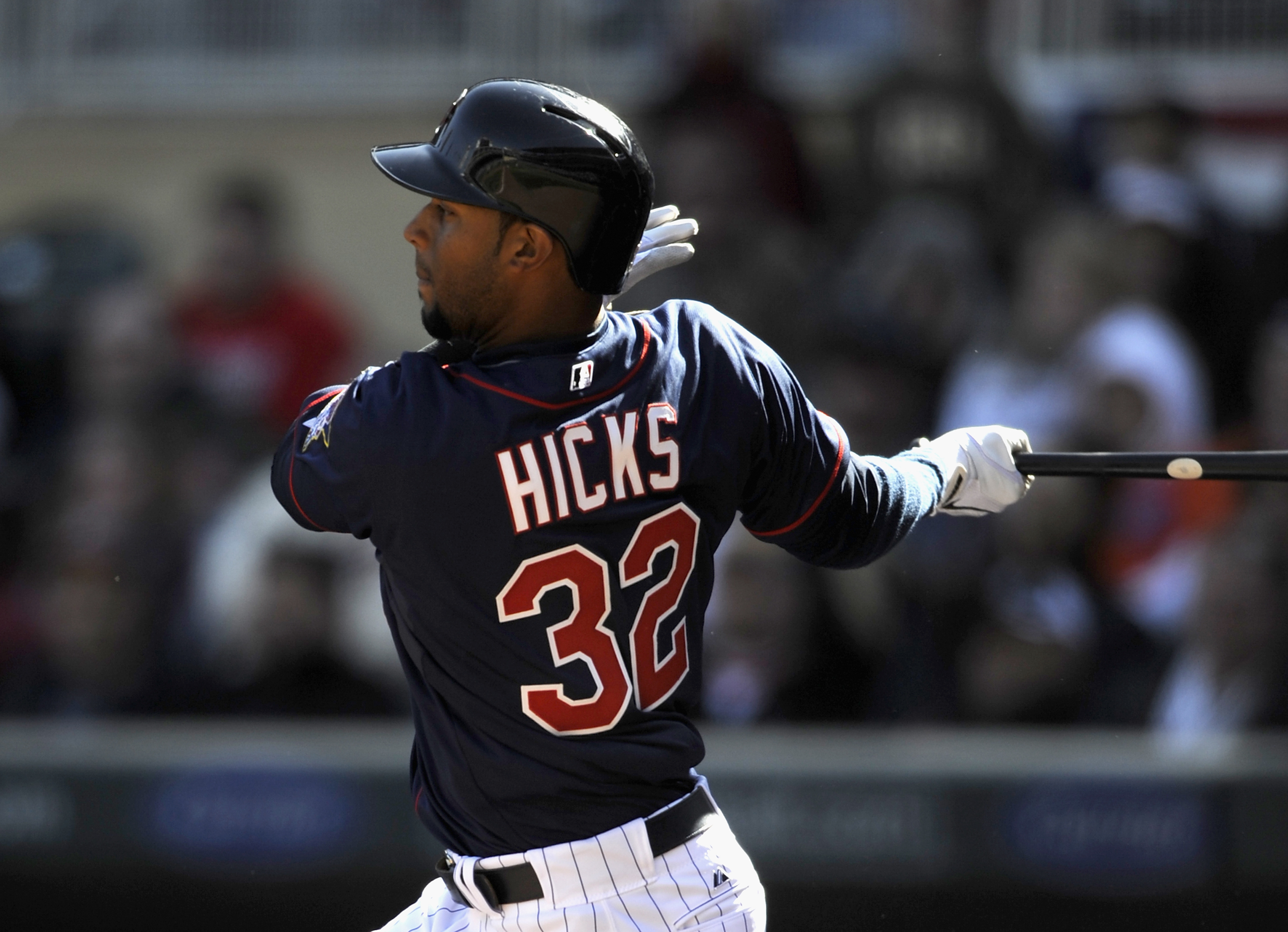 Bryce Harper didn't get the call immediately like Hicks and Bradley did. He made his big-league debut on April 28 of 2012. Despite the fact he didn't crush the ball (690 OPS), there's more to player development than just numbers; the month at Triple-A did him all kinds of good. He owned an 861 OPS at the conclusion of May, and while he saw things dip all the way to 718 in-season, he managed to finish the year out with a .270/.340/.477 line and 817 OPS, or about 20-percent better than your average hitter. This is the time to repeat that he did all of this when he was only 19 years old.

The Red Sox would have given Bradley a month, if not more, at Triple-A to begin 2013, but the injury to Ortiz changed things. With Ortiz out, Jonny Gomes and Daniel Nava, two players they expected to platoon in left field, became full-time players. In addition, Stephen Drew's concussion meant the light-hitting Jose Iglesias would be in the lineup on Opening Day. Throw it all together, and you can see how the Red Sox went from saying Bradley was a long shot to make the team writing him into that lineup. -- they planned to compete in 2013, and, despite Bradley's struggles, are managing to do that in the season's early going. 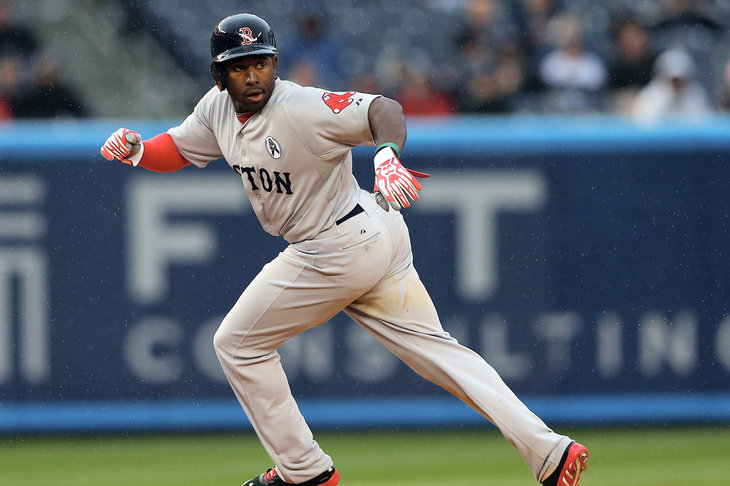 Spring's success seems far away for Bradley after a rough April

Hicks, on the other hand, is playing for a team that isn't expected to compete in 2013. The Twins could have been forgiven for sticking him in the minors for service-time shenanigans, especially since, like Bradley and Harper before them, he had no experience in Triple-A. Instead, they popped him in the majors, and it's starting to look like he could end up back in the minors to get that experience (and recoup that service time) after all unless something changes drastically.

Bradley could come back, armed with the lessons of his half-month in the majors and whatever he manages at Triple-A, and make everyone forget about his poor start. Similarly, Hicks could figure things out and turn a corner in the bigs, or head back to the farm like he maybe should have at the end of March. You don't know if they will just yet, though, raising the question of whether or not they deserved to be in the majors at season's start at all.

Bryce Harper is a special talent, and it's part of the reason he was able to succeed out of the gate. That year of experience in the majors is also a likely reason he's now raking at 20 in his sophomore campaign. Not all players are going to be Harper, and even the talented ones -- which Bradley and Hicks very likely are -- won't necessarily start out like he was able to. Even Harper himself might have needed that month in the minors to kick off his 2012 before making the jump, so it's understandable that players who are not in his class would also need more time. They'll be ready when they are ready, but April has reminded us that the time is not now.

• World Series of the Week: Tigers vs. Royals

• An ode to Tony Cingrani

• The Rockies and the best record in baseball