Things aren't getting any easier for the Dodgers' rotation, as Billingsley is now out for the year.

The Dodgers now know they will be without starting pitcher Chad Billingsley for the rest of 2013, as he will undergo Tommy John surgery on Wednesday according to Bill Shaikin of the Los Angeles times.

Billingsley went on the disabled list after experiencing pain in his arm last week against the Padres, and when the pain didn't go away as hoped, the Dodgers and the right-hander went looking for answers. That search will have him going under the knife, a fate he tried to avoid at the end of 2012, in the hopes that rest and rehabilitation would do the trick. While he managed to get through spring training without issue, and had allowed just four runs in a dozen 2013 innings, his elbow just wasn't in pitching shape without surgery any longer.

With Chad Billingsley on the DL, Dodgers' rotation in shambles 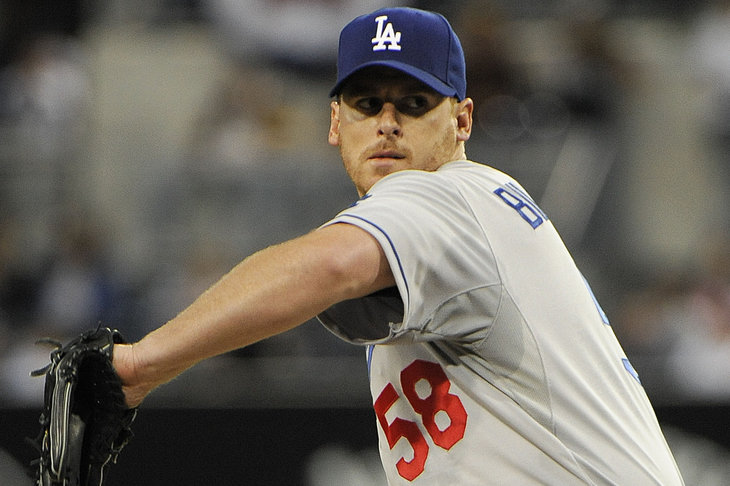 The Dodgers' rotation looks nothing like it did even a month ago, as with Billingsley out, they are down to Clayton Kershaw, Josh Beckett, Hyun-Jin Ryu, Ted Lilly, and Stephen Fife. It's not terrible, by any means, but it's not where they expected to be given they started the season with Zack Greinke behind Kershaw, Billingsley, and also Chris Capuano and Aaron Harang. Harang has been traded, though, while Capuano is on the 15-day disabled list. Greinke, as you likely know, is out with a broken collarbone sustained in a brawl with Carlos Quentin.

While Billingsley has not blossomed into the kind of pitcher his early major-league numbers suggested he could become, he has still amassed a 100 ERA+ (3.84 ERA) in 737 innings since 2009. With a minor-league depth arm like Fife in the rotation, and the Dodgers also hoping for a healthy and productive season from 37-year-old Lilly, an average pitcher who could take his turn in the rotation would have been a significant boost. That puts added pressure on Lilly to stay on the mound -- and be effective upon it -- or for the Dodgers to either get their non-Billingsley arms back soon. If that's impossible, they'll be shopping for an upgrade that, just a few weeks back, seemed completely unnecessary given the roster's construction.