The Yankees' start: Everything you know is right (wrong)

Despite all the injuries and two lackluster losses, it's too soon to write off the Yankees -- but it sure is tempting.

Share All sharing options for: The Yankees' start: Everything you know is right (wrong)

It's the generic trailer for a bad move: "When everything you know is wrong..." They never make one that says, "When everything you know is right," which is a far more frightening proposition (you're not just paranoid -- they are out to get you). Even more disturbing is the possibility that both can be simultaneously true at once. That's the case with the New York Yankees, who have followed up an offseason of indolence and a spring of injury with two lackluster losses to the Boston Red Sox. Panic is unjustified: no one goes 0-162, they're going to get some of their injured players back, and the pitching staff should be solid. Panic is justified: There is no guarantee the players they get back perform at a high level, the starting rotation is old, there could be other injuries in the interim, and there is no depth. Everything you know is right.

Last night, I tweeted this March 1949 statement by manager Bucky Harris, who had been let go by the Yankees the previous October: "The Yankees need overhauling and some new blood to bolster the stalwarts who have carried the team for so long." Harris was right -- the team's core of Joe DiMaggio, Tommy Henrich, Phil Rizzuto, and pals, which in many cases dated back to well before World War II, was growing old and brittle. The team would endure nearly 80 injuries that year, and of the many players to appear for the team that year, only the Scooter would play anything like a full season, nursing a bad throwing arm all the while.

Harris was also wrong. Though the position players were old, there was nothing wrong with the starting rotation, headed up by Vic Raschi, Allie Reynolds, and Ed Lopat, and bullpen ace Joe Page had dried up enough to pitch at a Cy Young Award level for the second time in his career. With manager Casey Stengel patching together lineups, the team scraped past the Boston Red Sox for a pennant, then somehow overcame their exhaustion to win the World Series in a quick five games. Over the next several years, they kept patching and winning, adding Mickey Mantle as Joe DiMaggio slipped, bringing up Whitey Ford to bolster the pitching staff.

Along with the stability provided by the pitching staff, the key for the Yankees that year was getting DiMaggio back. He had missed most of the first three months with a painful heel injury that just wouldn't respond to treatment, and seriously considered retirement. When he finally climbed out of bed, he gave the Yankees classic Joltin' Joe, hitting .346/.459/.596 in 76 games. In an inspirational performance in a key series against the Red Sox at Fenway Park -- his first three games back in uniform -- he personally set fire to their pennant hopes, going 5-for-11 with four home runs and nine RBI in the series. 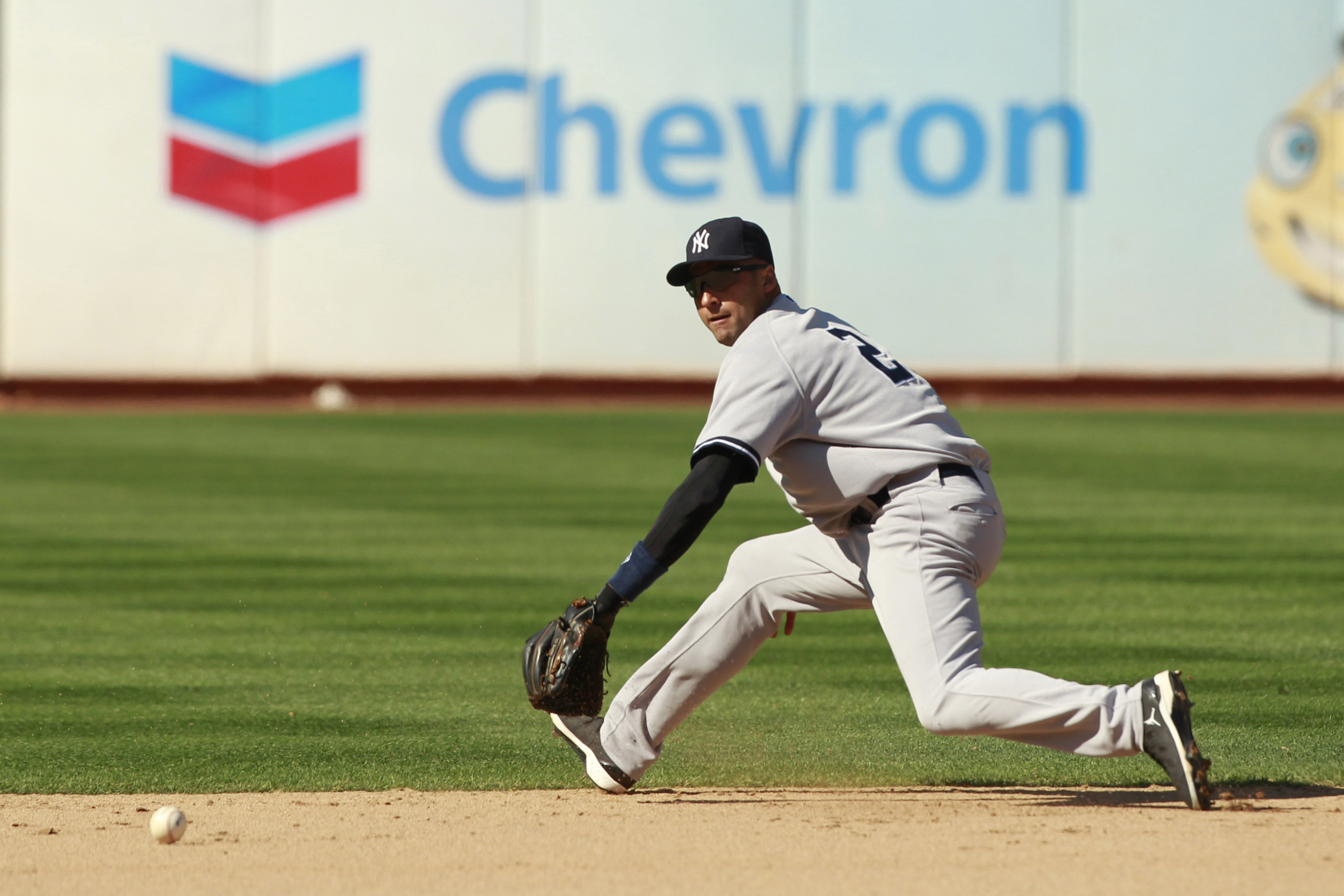 The 2013 Yankees don't have Joe DiMaggio waiting to come off of the disabled list, but Derek Jeter, Curtis Granderson, Mark Teixeira, and Alex Rodriguez (in the order of their expected return) will do. That said, all four players have provided ample reason to doubt them: Granderson lost his ability to make contact late last season, hitting .205/.276/.475 and going 3-for-30 with 16 strikeouts in the playoffs. Teixeira is one of the highest-paid players in baseball, but he hasn't hit at that level over the last few years. At .263/.357/.506 as a Yankee he has been far from a bust, but he hasn't been the perennial MVP candidate the club was expecting. It's anyone's guess what Rodriguez can give the Yankees at this point, or when he can give it, and you can probably say the same about Derek Jeter, whose eventual recovery from a broken ankle in no way guarantees that he will retain the mobility and flexibility to play shortstop on a daily basis at 39, or to hit as well as he did last year.

Still, it seems reasonable that the Yankees might go 2-for-4 or 3-for-4 with their returning players. Granderson's hitting mechanics have gotten fouled up before, and even if he and Kevin Long can't get him back to his career .262, he'll still put a few balls over the wall. Assuming Teixeira's wrist stays where nature intended it, even last season's .251/.332/.475 doesn't seem so terrible once you've seen Lyle Overbay. As for Jeter and Rodriguez, flip a coin. Both are guilty until proven innocent -- old and injured is old and injured -- but perhaps one of them can surprise, and the smart move might be to bet on A-Rod - as we saw in 2010 and 2011, post-peak Jeter is not a very good player. Rodriguez's last two seasons were considered to be disastrously disappointing, but he hit .274/.357/.444 overall -- not bad for an AL third baseman these days, or even a designated hitter.

On yet another hand -- we're really counting tentacles of possibility here -- the pitching staff was to be this squad's saving grace as it got healthy. Hiroki Kuroda's poor start on Wednesday was an injury-motivated fluke, and perhaps CC Sabathia's struggles on Opening Day qualify as happenstance as well. Still, if the Yankees don't get solid pitching on a nightly basis for any reason, they're not going to survive to take advantage of the returning players. This sort of scenario brings to mind the 1984 season, when the Yankees put together the best record in baseball in the second half, but the effort was for naught due to a 36-46 first half, during which the Detroit Tigers got off to a torrid start and ended the division race before it had even begun.

In short, everything you know is right, everything you know is wrong. These are Schrödinger's Yankees, and the team's possibilities have yet to coalesce -- you want to say they're alive, fine. You want to say they're dead, order a wreath, and sit around in black talking about the good old days, well, you're not wrong about that either. It's just two games, and no matter how bad they were, we just don't know.

I will say one thing, though, about the comparison of the Yankees to Schrödinger's famous feline: If it turns out that the Yankees are indeed alive, that's still one ugly cat -- and unearned luck is no proof of genius. Contrary to what Branch Rickey said, luck is not always the residue of design, sometimes it's just luck, and blind fortune favors the foolish.

• Is Houston's lineup built to be no-hit?