A look at the day's MLB games, as well as where and when you can find them

American League Game of the Day

Although Fenway's 101st season will begin with a little less fanfare than last year, 2013 has a great matchup in store anyway. Buchholz shut down the Yankees' lineup last week, but the Bronx Bombers didn't feature anyone quite as hot as Chris Davis (four homers, 1.636 OPS) or Adam Jones (.538/.556/.692). Pitching to Jones could be especially dangerous for Buchholz with the Green Monster presenting an easy target in left field, and the quartet of Davis, Nick Markakis, Nate McLouth, and switch-hitting Matt Wieters all hold a platoon advantage over the right-hander.

On the other side of the coin, Chen has pitched to a fine 3.00 ERA in two starts at Fenway. However, the core of Dustin Pedroia, Jacoby Ellsbury, Will Middlebrooks, Jonny Gomes, and Jarrod Saltalamacchia combined to hit .400 against him in 25 at-bats last year. Fenway's first game of 2013 could be a classic back-and-forth battle.

National League Game of the Day 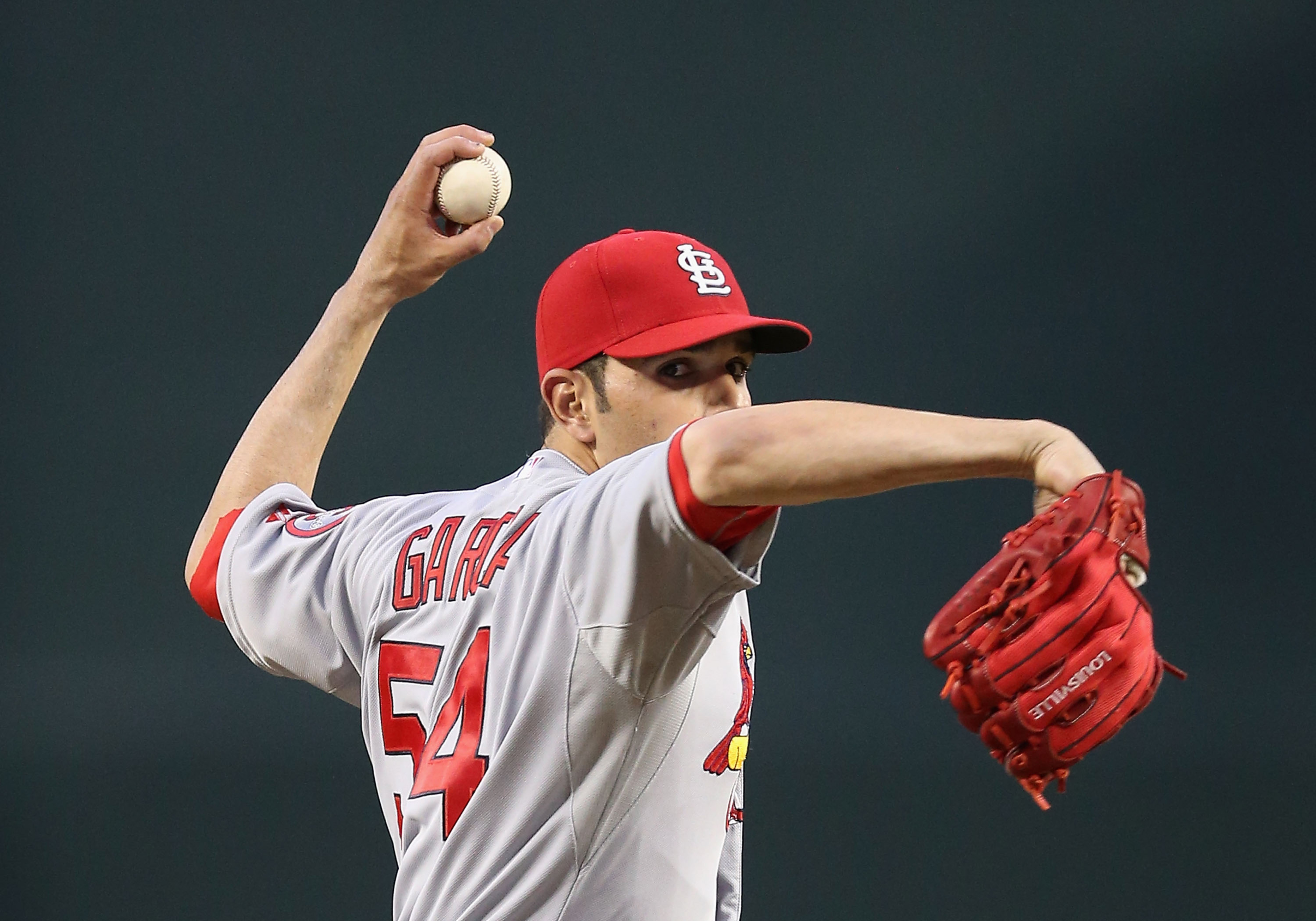 The Cardinals are fresh off a beating of Giants' ace, Matt Cain, on Sunday and find themselves one game behind the Reds for an early-season NL Central lead. The Reds took down another ace in Stephen Strasburg in the series finale against the Nationals, so this should be quite a slug-fest if it lives up to its billing.

These two are the unquestioned favorites in the NL Central, and this series will serve as an early-season test for both clubs in their battle for supremacy. In addition to the contest itself, the Cardinals will be honoring recently passed Hall of Famer Stan Musial in their pre-game ceremonies.

Don't be fooled by Kuroda's ugly numbers -- he was forced to leave his first start in the second inning shortly after taking a liner off his finger on a cold night at Yankee Stadium. Keep an eye on his control to determine his health. Ubaldo has turned into a punchline, but could the Yanks' injury-plagued lineup help him on the comeback trail after limiting Toronto's top four hitters to a weak 2-for-11 in his 2013 debut?

Santana gave up three homers to the White Sox in his first start a year after leading the league with 39 surrendered. The Twins don't have much power, but you can bet that the lefty-swinging Joe Mauer and Justin Morneau certainly have a strong chance to blast their first homers of the season against the righty.

Ogando's return to the rotation during the opening Astros series was overshadowed by Yu Darvish, but the righty whiffed 10 for the first time in his career. Although Tampa's lineup isn't nearly as bad as Houston's, the only regular to get a hit in yesterday's 13-0 shutout loss to Cleveland was Ben Zobrist; the offense will need to put that game behind them in a hurry.

Now is the moment of truth! Will there be more offense in Safeco Field with the new outfield dimensions? Former SBN writer Jeff Sullivan does not think so, but Mike Morse will be hoping they help him add to his league-high five dingers anyway. 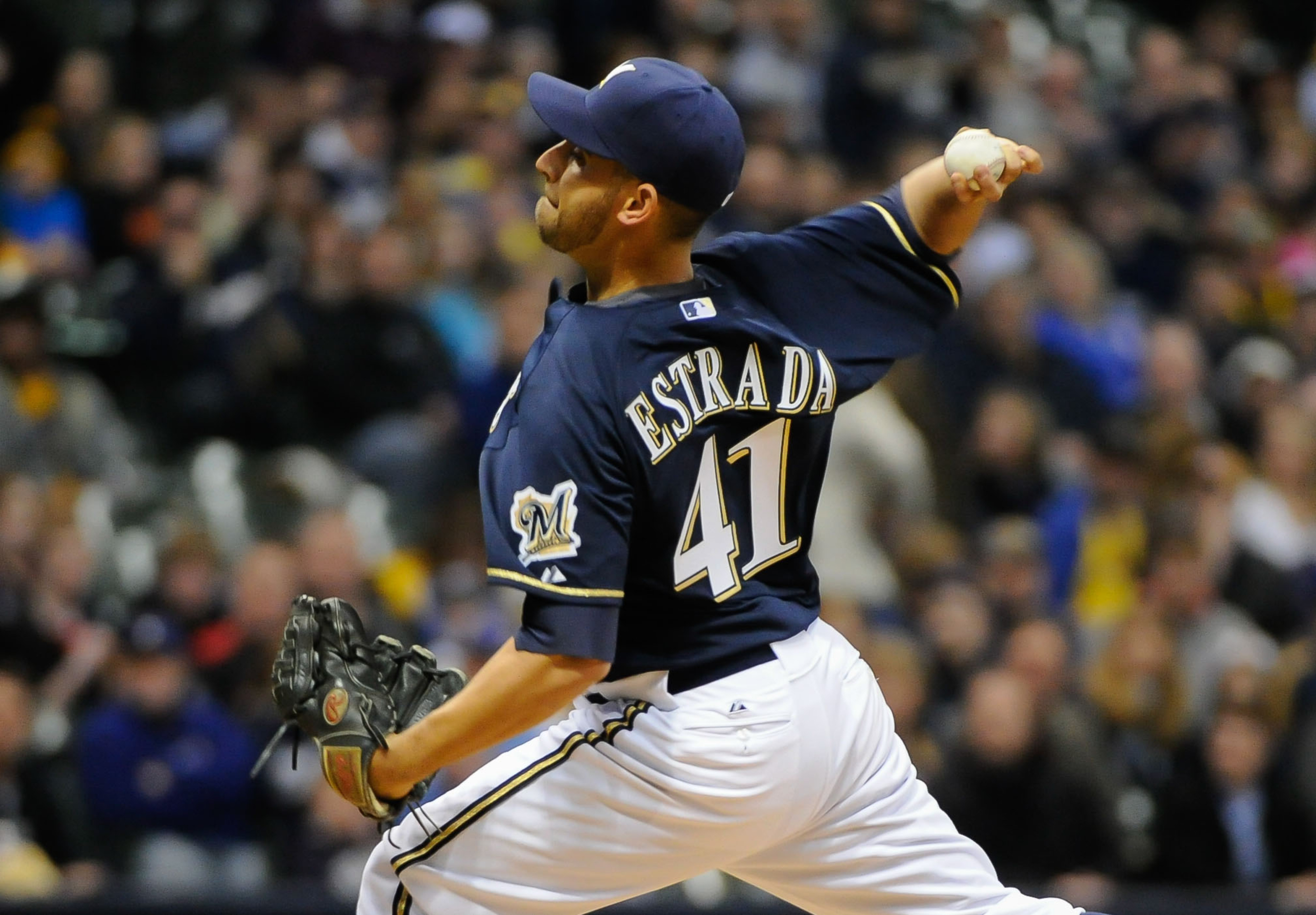 Getting swept by the Braves at least gave Cubs fans a reason to be a little hopeful, thanks to a shake-up at closer: Carlos Marmol is out, and Kyuji Fujikawa is in. That won't help an offense that ranks near the bottom in all the important categories, but the Brewers aren't really lighting the world on fire either, having won only one game. Ryan Braun has sat out for two straight days with neck stiffness. His return is crucial for the Brew Crew.

Roy Halladay might be broken; he's given Phillies fans plenty of reasons to be concerned about his well being since spring training began. It may seem like a start against the Mets is just what a pitcher needs to get on track, but these Mets currently lead the league in OBP, so that won't be an easy task. Opposing pitcher Matt Harvey absolutely shut down the Padres in seven scoreless innings; and he'll be looking to prove he can do it again, this time against a better offense.

There's little reason to believe this won't go very badly for the Marlins. The Braves are stacked with a dangerous offense and formidable pitching and the Marlins are, well, the Marlins. Atlanta did just lose Freddie Freeman to the disabled list with an oblique injury, but the rest of their offense should be able to pick up the slack against anything the Marlins could throw at them.

Pittsburgh is currently ranking dead last in all major offensive categories and it won't get any easier for them against a hot Arizona team. The Pirates will have to actually hit to beat the D'backs, but they haven't exactly proven they can do that consistently just yet.

Giants pitching has gotten roughed up to the tune of 14 runs over their last two games. With the Rockies leading MLB in batting average and slugging percentage, it's a bad time for the Giants to be allowing their opponents to bat nearly .400 off them.