Ever wondered how players do on their bobblehead night?

In baseball, there are statistics for everything, even bobblehead performances.

Share All sharing options for: Ever wondered how players do on their bobblehead night?

Entering U.S. Cellular Field on Saturday, I stood in what appeared to be the shorter of two lines. Nearby, a man paced frantically. He was moving quickly, counting the people he passed with the skill of a savant or flight attendant. He walked over to the gate and read the label on the box in front of him. Then, he counted all of the boxes in sight and multiplied the contents. He nodded to his friend, who stood just in front of us. He assured us that we'd be getting one.

We could have chosen any of the three White Sox games last weekend, but it made the most sense to go for Paul Konerko bobblehead night. While the plastic figure wasn't the sole reason we left the sofa and headed to the park, it was clear that it was the motivator for a lot of people, including the pacing maniac looking for a shortcut. He even tried to stand with the patrons in wheelchairs to get in the faster line.

I suppose if I'm going to be at the ballpark and there's a promotion, I would like to collect my free tchotchke as memento of being in attendance, but it's not the reason I go. As the gate opened, though, it became abundantly clear that we were amateurs amongst avid collectors and resellers. Most scooped up their Konerko bobbleheads and headed up the escalator into the ballpark; others waited in line to scan their tickets out so that they could put their baubles in the car.

Then there are the schemers. Some buy multiple tickets and keep entering to collect as many promotions as they can carry. There's nothing illegal about it; if people are willing to pay the price of admission just to obtain a bobblehead, well, it's a free country. Others scan out on their ticket, then walk back into the park and collect another since the ticket-takers don't have a good way of tracking who has already received one. More surprisingly, some walk in, collect their bobblehead, and make their way to the exits and are never seen again. I'm not sure if those that leave are in it for their personal collection or for resale purposes. I'll refrain from judgment, but it's just a sign that for some the bobblehead craze is more important than the baseball itself.

Bobbleheads aren't anything new. The first bobbleheads date back to Germany in 1852, and the first sports bobblehead surfaced in the 1920s, a generic basketball player for the New York Knicks. In baseball, interest in the collectible was sparked in the 1960s with figures of Mickey Mantle, Roger Maris, Willie Mays, and Roberto Clemente. The current bobblehead obsession started in 1999, when the San Francisco Giants revived the tradition with a Willie Mays bobblehead promotion.

Requiem for the 00s: The Decline of Topps Baseball Cards 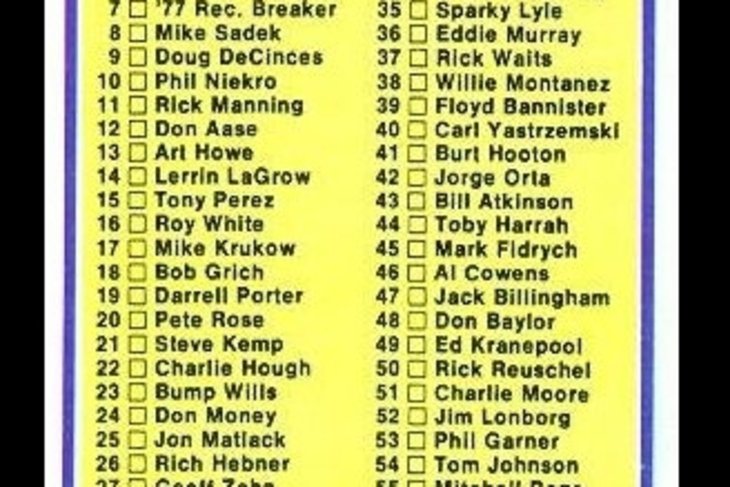 The era of the speculator is over, and even "collecting for fun and profit" isn't all that profitable. When the fun is gone -- and given Topps' choices, it's going fast -- why buy?

In the years that followed, some teams would offer a bobblehead or two a season, but the number has continued to escalate: since 2010 there have been 334 bobblehead promotional giveaways at major league parks. These promotions have been a great way for teams to incentivize attendance; Paul Konerko and Harold Baines Bobblehead Nights have been the highest-attended White Sox games of the season (Opening Day excluded), and that's an effect that's felt around the league. There's only one team that hasn't done a Bobblehead promotion since 2010, and that's the Boston Red Sox. In their history, they've offered just one: Nomar Garciaparra in 2002. The Giants, the organization that resurrected the craze, have done the most promotions since 2010: 34 in that span, 77 total since 1999.

The unexplored question about bobbleheads doesn't relate to the history or the business. It was asked of me while we were sitting in the stands on Saturday, following a Konerko single to right field: "Ever wonder how players do on their Bobblehead Day?"

To be honest, until that moment I hadn't wondered. But that was the sort of insignificant tidbit that I love to fill my brain with... the type of fact so obscure that it'd never be on "Jeopardy!," a Trivial Pursuit card, or even bar trivia, but might facilitate discussion among my fellow baseball dweebs. While the statistics are absolutely insignificant, I couldn't fight the urge to do the research.

So, I did. I went back to 2010, and looked up promotional data for all 30 major league teams, and cross-referenced that information with game logs.* It's hard to compile an exhaustively accurate list since promotions get canceled and changed, but the bulk of the information I found for the 334 bobbleheads should be 99-percent accurate.

Here are some of my interesting-yet-completely-insignificant findings from the happenings on bobblehead nights: 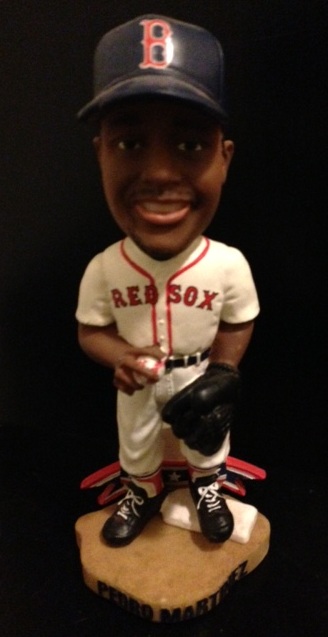 Pitchers
It's serendipitous when a starting pitcher actually takes the mound on their bobble day given that the promotional schedules are made so far in advance. Since 2010, seven starting pitchers made appearances on their special night. Perhaps the plastic figurines made them stronger, because several had strong outings; overall, starters are 4-3 on their bobblehead nights. Here are some more pitcher facts:

Relievers
It's more likely to see a reliever pitch on his bobblehead night, even though they are less likely to be commemorated in plastic than their starter brethren. As you'd expect from volatile relievers, some have done extremely well in honor of their plastic statues, but others have had rough outings.

Hitters
There have been many hitters honored with bobbleheads since 2010, and they seem to bring mostly good luck, especially where home runs are concerned. There have been a few players that have missed the opportunity to play on their bobblehead night, either because of injury or just an off day, but the majority have been active on their special day:

If this list of trivia has piqued your interest in collecting bobbleheads, you'll be pleased to know that hundreds of them are available on ebay, though the sellers tend to overvalue their collectibles, much as speculators in the baseball card market did in the mid-90s. Still, chances are you can find one of your favorite players -- I've acquired a Pedro Martinez and a Chris Sabo (with Rec Specs!) -- or snag a good deal on a Milwaukee Brewers racing chorizo, White Sox organist Nancy Faust, or baseball greats like Johnny Bench, Keith Hernandez, or Stan Musial. Stay away from the Vin Scully bobbleheads, though. I'm still waiting on the prices of those to come down enough so that I can add one to my collection.

*I'd love to expand the database beyond 2010, but I don't really have the query knowledge to do that easily. If that's in your wheelhouse and you'd like to team up on this project, I'm happy to share the data that I have. While I don't want to publish the full list of results at this time since it's a work in progress, if anyone wants results, or player specific information, just let me know -- I'm happy to share.

• The Cubs, Anthony Rizzo and the Nationals plan

• The rise of the four-strikeout inning