Just who is the Orioles' Kevin Gausman?

The pitching prospect will make his big-league debut on Thursday, so it's time for introductions.

Share All sharing options for: Just who is the Orioles' Kevin Gausman?

The Orioles are just 45 games into the 2013 season, but they've already used 10 different starting pitchers. Chris Tillman, Jason Hammel, Wei-Yin Chen, and Miguel Gonzalez have all made at least seven starts, but after that, the O's have been all over the place looking for help: Freddy Garcia and Jake Arrieta have four starts a piece, while Zach Britton, Josh Stinson, Jair Jurrjens, and Steve Johnson have all logged one each.

That's how we end up with Kevin Gausman in the majors and set to start on Thursday. Gausman is 22 years old, and was drafted by the Orioles fourth overall in the 2012 draft. That's not a typo: he went pro just last summer, and has 61 innings on his very short résumé. He's done well for himself in his short time in the organization, however, as he's already in Double-A with a 3.11 ERA and nearly 10 times as many strikeouts as walks.

Baseball America rated Gausman the #26 prospect in all the land heading into the year, with plenty of lovely things to say:

Gausman's two premium pitches and developing third option give him No. 2 starter upside. His plus-plus fastball sits at 94-96 mph and touches 98, and he mixes in a sinking low-90s two-seamer to induce groundouts. His 84-86 mph changeup is an easy plus pitch, and some scouts ranked it among the best they've seen at the amateur level. Gausman threw both a 76-79 mph curveball and an 82-86 mph slider that blended together in college. His diving slider flashes more swing-and-miss potential and showed significant improvement during instructional league. A premium athlete with a live body, he has a smooth, high leg-kick delivery that helps him stay over the rubber. His aptitude and intelligence help set him apart.

After a strong spring, in which Gausman struck out 17 batters in 16 innings without giving up a homer, it was thought that maybe the Orioles could push him to the majors should the rotation need help. Dylan Bundy could have been part of that as well, but concerns over his health have assured Gausman of his place at the head of the line for now. The O's have done this in order to plug a hole on a ship that doesn't have to sink just yet -- they're only four games back in the competitive American League East, and one game back of a wild card spot as of this writing. 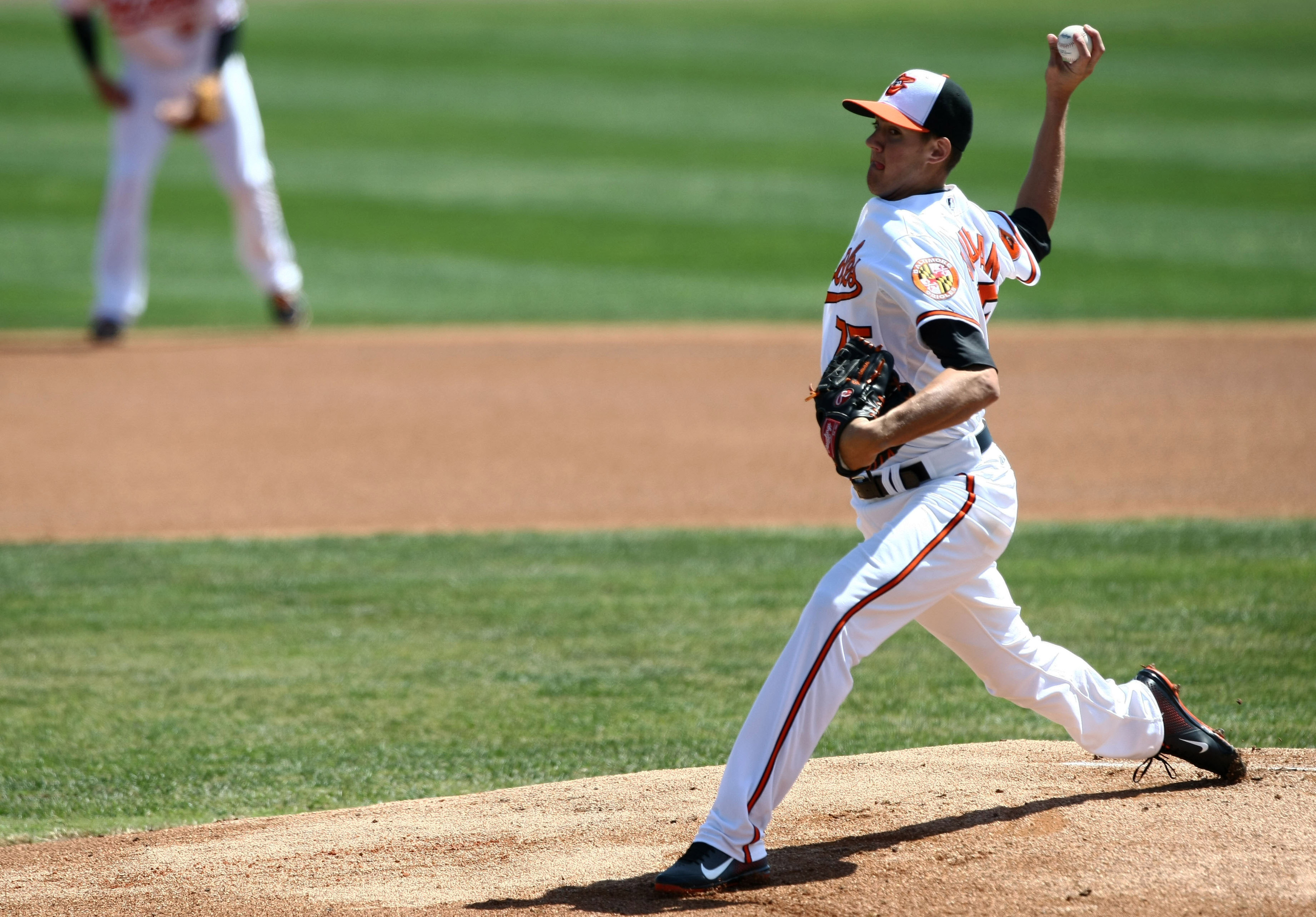 So, what should our expectations be for a 22-year-old with barely any minor-league experience, one who is here to help the Orioles stay in the playoff hunt this summer? Baseball Prospectus' PECOTA doesn't love his chances, forecasting a 5.75 ERA as a baseline projection, while topping out at a 4.23 ERA at its most optimistic percentile. That's to be expected, though: Gausman's 2012 season was good, not great, and he barely has any track record to speak of. Pitchers who jump nearly straight into the majors from the minors are a rarity, one that's hard to measure -- this isn't the same situation as the Cardinals' Shelby Miller, who, while also 22, has nearly 400 minor-league innings behind him. PECOTA isn't going to just hand him a great projection based off what is mostly success in college, and isn't factoring in his success at Double-A given it's a pre-season projection system.

Still, the fact he's shown such great control should be a positive for him, so long as he can not just throw strikes, but throw quality ones, too. He's been inducing far more ground outs than air ones at Double-A Bowie, and that in conjunction with just three homers allowed is what will have to pass for statistical vouching for his command. As Baseball America said, he's a smart pitcher, and that should help him in his transition in a way that PECOTA or any projection system isn't going to catch. There could be some initial speed bumps, but he can learn from them, and at this point, who else is there for the Orioles to use if they plan to keep their rotation useful? Let the great experiment begin, and all that.

If Gausman can be even average, coming in around PECOTA's most optimistic vision, he'll help keep the Orioles afloat, giving them time to figure out what's wrong with Hammel, who is struggling, and to find out if buying or selling at the July deadline should be the plan. That's a lot of pressure to put on someone who is less than a year removed from college, but that just goes to show you the faith that the Orioles have in one of their jewels of their farm system. The same kind of bet worked with a teenage Manny Machado last year, and now it's time to give it another go on the pitching side.