The Rangers' ace is on pace to blow past 300 strikeouts, but will he actually be able to pull it off?

Share All sharing options for: Yu Darvish and 300-strikeout seasons

Yu Darvish struck out 14 Red Sox in Sunday's Rangers' win, giving him 72 punch outs on the season. If that number looks high for May 6, your suspicions are correct: Darvish is whiffing 14.2 batters per nine innings for the season. His lowest strikeout total for a single start in 2013 is six, and that came in a start that went just five innings. He has struck out at least one more batter than he has thrown innings in every 2013 start, and it's resulted in an early season that looks ridiculous even for a guy who struck out over 10 batters per nine in his rookie season in the DH league.

With early season domination tends to come equally preposterous extrapolation. At Darvish's current punch out pace, were he to make all 34 starts he conceivably could at the same roughly 6-2/3 innings per start rate he's at, he would strike out 360 batters. That would be good for sixth all-time in a single season. Darvish is pretty fantastic at missing bats, but is he Nolan Ryan in the 70s good at it? That's a question we can't answer today, but we can take a look at some possible futures given what we know about Darvish at this point in the year and in his career.

First, though, a brief history of 300-strikeout seasons. There have been just 33 of these in the history of Major League Baseball, with the first coming in 1904 courtesy of Rube Waddell, and the last two courtesy of Randy Johnson and Curt Schilling, who both managed the feat as teammates in 2002 while with the Diamondbacks. For reference, there have been 25 50-homer seasons in the last 30 years alone -- 300-strikeout seasons just don't happen very often.

Of these 33, 12 went down in the last 25 years, with Nolan Ryan's 1989 the first, while Johnson (six including 2002), Schilling (three with 2002), and Pedro Martinez (two) combined for the rest. Just 14 different pitchers account for those 300-K seasons: the aforementioned Waddell, Ryan, Johnson, Schilling, and Martinez, as well as a few guys you might have heard of like Sandy Koufax, Bob Feller, Sam McDowell, J.R. Richard, Walter Johnson, Steve Carlton, Mickey Lolich, Mike Scott, and Vida Blue. Darvish would be entering some select company, and early in his career, were he to pull this off and finish with over 300 strikeouts.

What are his chances, though? The 360 seems like a best-case scenario, where he keeps striking out hitters at a rate we have never seen in the history of baseball -- no one has ever struck out at least 14 batters per nine innings while qualifying for the ERA title. He's not going to throw nearly 330 innings like Ryan did in his record-setting 1973, when the Texan struck out 383 hitters, and he's not likely to even throw as many as Randy Johnson did from 1992 through 2002, when he averaged 258 innings and 354 strikeouts per year. Strikeout rate and health are going to be the keys for him in today's game, where innings totals are inherently lower. 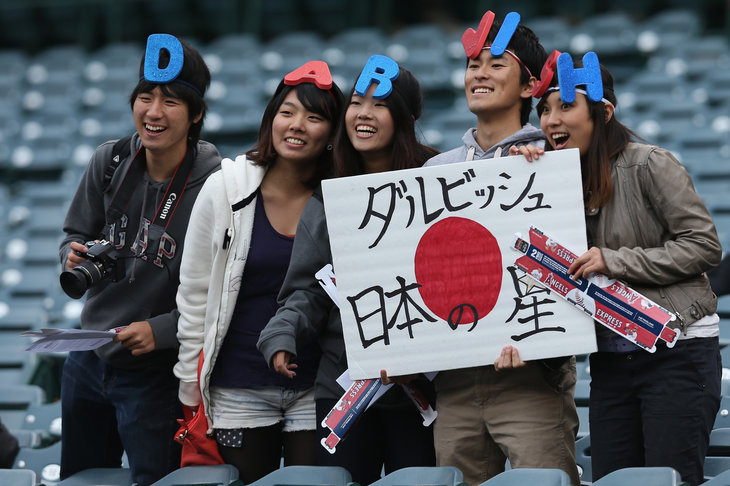 If Darvish were to fall back to his pre-2012 strikeout rate of 10.4 per nine, and throw another 181 innings based on projecting 27 more starts (34 total) at an average of 6-2/3 per, he would finish with 281 strikeouts. That's a realistic possibility: his 2013 sample is large enough to suggest his strikeout rate to this point has stabilized and is believable, given research conducted by Russell Carleton, but whether or not it will continue that way is another question entirely. It would also still put him in the to-50 strikeout seasons ever, at #47 behind Sam McDowell's 1968 campaign, and while it's not a shiny number like 300, that's still pretty great.

If Darvish were to strike hitters out going forward at his career major-league rate instead, things would be very different for him, but maybe not by enough. His ridiculous start to 2013 has pushed his career K/9 up by nearly a full strikeout, to 11.1. Giving him the same 181 innings and 27 starts would result in another 223 strikeouts, or 295 for the season. So very close, but not enough. 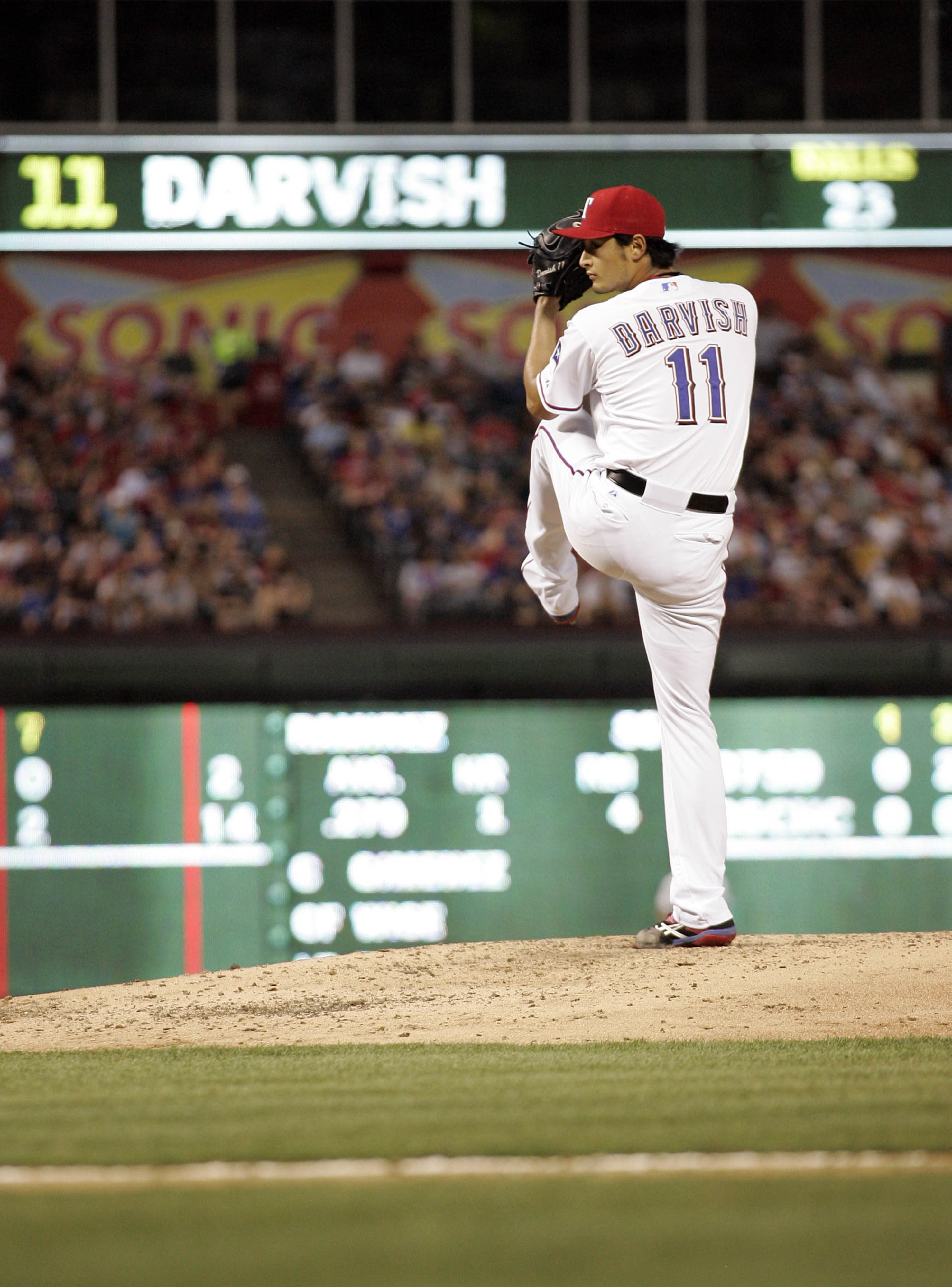 Five! At the same time! Together!

There are plenty of ways for this to still result in 300 strikeouts or more, though. Hell, if he strikes out batters at an 11.4 per nine clip instead of 11.1 the rest of the way, that would put him at 301. He could also average seven innings per start instead of 6-2/3, relaxing the strikeout rate threshold ever so slightly, or he could have enough legitimate improvement in his arsenal, pitch selection, and command in his second year pitching in MLB instead of Japan that he becomes a member of the very select, mostly Randy Johnson club to strike out at least 12 batters per nine in a season. In all but Kerry Wood's 1998 (26 starts) and Johnson's 1997 (29 GS), that has resulted in at least 300 strikeouts.

Darvish has long been thought to be an immense talent -- would it be that surprising if he were the game's new, most-dominant strikeout force, one that's been missing since the peaks of Pedro and Johnson ended? Seasons like this are so rare historically, and none of the pitchers who have shown themselves capable have been around for so long now, that it's easy to forget these kinds of years can exist. Darvish still has a long way to go, but if even half of the growth he's shown on the mound this year is for real, then there could be a brand new member of this exclusive club in just a few month's time.

Thanks to the invaluable Baseball-Reference Play Index for all strikeout-related research.

• Has April cost the Angels the playoffs again?

• The Rotation: Summer movies vs. baseball

• The sabermetrics of Little League