A visit to Dr. James Andrews on Monday did not reveal any "long-term damage," reportedly, but Harper's status in the short-term is still up in the air.

Andrews reportedly gave Harper good news in one aspect, telling the young outfielder the injury will not lead to long-term damage in his knee, but the prognosis for the short-term remains unclear. Harper sent a short and somewhat cryptic tweet following the visit, giving no real indication of what lay in store for him in the coming weeks:

Fixing the Blue Jays. Sort of. 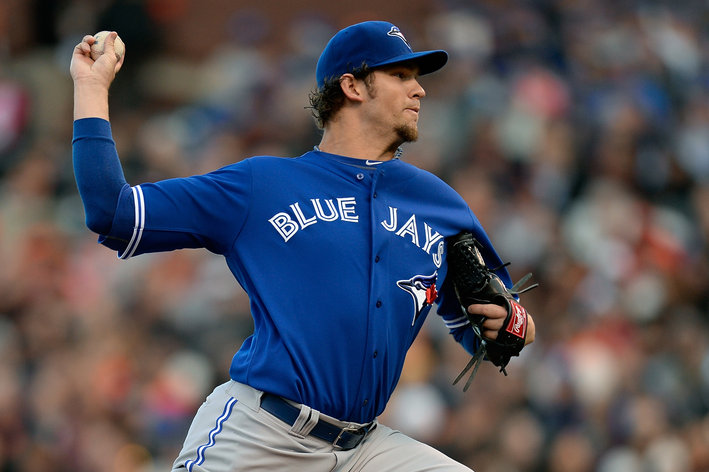 What to do with the AL East's surprise worst team.

Harper, 20, has been sidelined since May 27 with what team doctors have diagnosed as bursitis -- i.e. the swelling of the bursa sac -- in his left knee. The Nats were rather confident that Harper had sustained no structural damage from crashing into the wall at Dodger Stadium on May 13 -- an early MRI came back clean -- but when the swelling in his knee increased after a light pool workout last week, the club decided to send him to Dr. Andrews just to be sure.

The worst-case scenario for Harper if the inflammation does not subside is a surgery to remove either fluid or the bursa sac from his knee. The young outfielder was given the option of a cortisone shot to help reduce the swelling, but Harper declined, stating:

I don’t want to put any of that stuff in my knee or in my body," Harper said. "I think that can do some damage to my knee. I’m not going to do that at 20 years old."

The Nats have struggled in Harper's absence, winning just six of their last 13 games, and now sit at an even 31-31 on the season.