Winning at fantasy baseball: the fun is in the worrying

The game's true currency is not luck or preparation, but diligence.

Share All sharing options for: Winning at fantasy baseball: the fun is in the worrying

As a kid, I gravitated towards games that didn't take skill. I liked "Hi Ho Cherry O" because it was fun to pluck imaginary cherry trees. "Hungry Hungry Hippos" made a lot of noise and was fast-paced, and "Don't Break the Ice" was an excuse to beat things with mallets. Still, a lot about games and gaming eludes me. I never played checkers, and despite a six-year-old's efforts to teach me last year, I still don't know how to play chess. My sister's husband, who comes from a game-playing family, found it bizarre that family never even played "Monopoly." I've dedicated many hours to pointless endeavors in my life, but somehow sitting around a table in hopes of annexing non-existent countries, sinking hypothetical battleships, or slaying mythical creatures has just never been an investment of time I've felt enthusiastic about making.

For those a few years my senior, playing tabletop baseball games such as Strat-O-Matic, APBA, or Statis-Pro represented their point of entry as fans. When Rotisserie baseball was conceived in the 1980s, a larger group of fans learned to enjoy baseball simulations. As the Internet vastly improved the experience of playing fantasy baseball, its appeal became pervasive, shattering boundaries of time and geography.

Gone were the days of tossing a 12-sided die with the kids in your neighborhood; you could test your baseball-management skills across state lines instead. And still I did not catch on. I had never even seen a Strat card until after my 27th birthday, and even though I had patient teachers, I couldn't figure out the appeal -- and I kept rolling the wrong die.

With a blank gamer's résumé, I lacked a natural gateway into fantasy baseball. Not all fantasy managers have a background in gaming, but those that do have a baseline for understanding how games work. In fantasy baseball, luck and the draft only get you so far -- it's meticulous dedication to daily roster management, trades, and acquisition create winners, something that seemed like it would be very boring. Managing a roster is a rote chore, like brushing your teeth, setting the alarm before bed, and remembering to take your medication, but it's also a nonessential one. If you do not set your lineup, nothing bad will happen to your family. If you don't put an injured player on the disabled list, he'll eventually get healthy and return to the lineup. Fantasy baseball is more like a New Years Resolution. You promise to work out more, swear less, or be kinder to your fellow man, but after a couple of weeks, and the realization that your actions don't matter to others, there's little incentive to make time.

What I belatedly realized is that people keep playing fantasy baseball despite its sometimes-tedious nature because the simulation mirrors the real game closely: No amount of knowledge and preparation ensures victory. That very tedium is fantasy baseball's weeding-out course. The game rewards diligence.

I didn't always have this knowledge. I am confident in saying that once the draft was over I was one of the worst fantasy managers on the planet, doing the exact opposite of what any fantasy expert would advocate. I wasn't a rebel trying to succeed with a new approach; I was just plain ignorant and improperly indoctrinated.

I was asked to join my first fantasy baseball league in 2008, and I said yes because I felt pressured. Most of my peers had been playing for years, but I was still a fantasy sports neophyte. I was certain that I wasn't interested in committing to the day-to-day management of an inconsequential endeavor -- I had a puppy, a job, and a boyfriend for that type of obligated fulfillment. But whenever I admitted I hadn't successfully managed a fantasy baseball team, it garnered odd looks. The game has become so ubiquitous that it's tantamount to the common denominator for fans at all levels -- there are leagues of priests, fantasy experts, housewives, coworkers, and high school students. A baseball fan that does not play fantasy can feel like cut off from the mainstream.

The Rotation: What start, good or bad, fooled you? 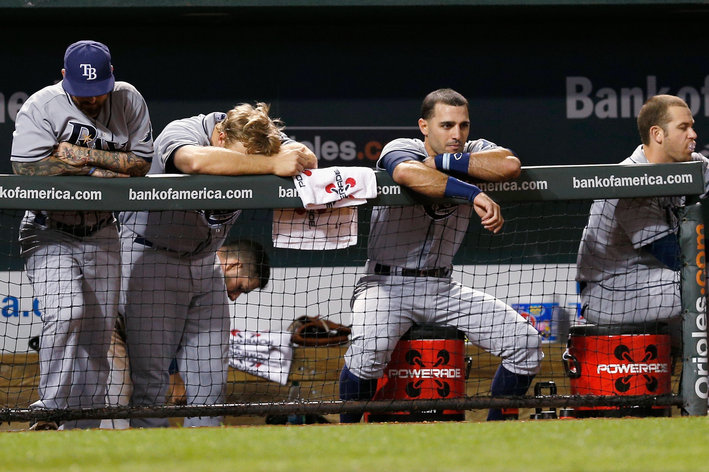 They hadn't planned on having me in that league, but they were hours from draft time and had an odd number of teams --I was just the nearest warm body that knew anything about baseball. In this I would seem to have been a perfect fit for their mildly competitive league -- the digital equivalent of a beer softball team, it existed just for bragging rights and entertainment. I created a Yahoo! account and spent the next two hours asking dozens of questions to a mostly empty room of robots that were auto-drafting. After a few glasses of bourbon, my roster was set.

I managed my first fantasy team with the Ronco approach to roster management: Set It and Forget It. I barely logged in to see how my team was doing; I didn't make trades or snag players from the waiver wire. The managers who tinkered won, which taught me my first lesson of fantasy: To be successful, teams can't be treated like lottery tickets. They take care and maintenance, not cautious optimism.

Not surprisingly, I came in last place that season, but I vowed to do better.

My second attempt at fantasy baseball came the following year when I joined the league of an Internet friend three times removed (a friend of my Internet friend, who knew this person from Facebook, who knew the commissioner from a message board) because they had an empty spot. Unbeknownst to me, I was in a league of diehard Red Sox fans, none of whose baseball knowledge extended beyond the Green Monster. Instead of fighting over Albert Pujols and Joe Mauer, they were drafting the entire Red Sox roster one by one until every last Julio Lugo and Manny Delcarmen were gone. There was an argument between two managers (which played in my head in Ben Affleck's accent from "Good Will Hunting") over who would grab Ramon Ramirez in the next round -- not even Terry Francona wanted him that season. Through sheer luck (and possession of actual 2009 talent like Zack Greinke, Ryan Zimmerman, and Chase Utley) I came in third place without ever setting my roster beyond Opening Week.

I took a two-year break from fantasy before trying again last season. A league of baseball writers had room in their Ottoneu league, and although I was hesitant, I joined because completing an auction draft was on my baseball bucket list. I spend the non-baseball portion of my days buried in data and spreadsheets, and an auction league would be a chance to apply my practical knowledge to exploit market inefficiencies and apply economics to the draft. Even during my fantasy hiatus, I quizzed people about how their auction drafts went, interested to learn how much they paid for players, which positions they went cheap on, and how much they had left in the bank for mid-season moves because I found it interesting.

Two days and 16 hours of drafting later, I was confident I made the right decision to join the league, but in the first two weeks of the season it was apparent that my interest was limited to the draft; I still had littler interest in managing a team. A few weeks before the season ended, I logged in to find that I was in last place, hundreds of points behind the closest team. It wasn't a surprise, though. My team, The Morneau After Pills, had the same cause of death of the teams that came before it: Terrible management. My team's motto should have been, "No one cares about my fantasy team, and neither do I."

Frustrated, I slammed my laptop lid on fantasy baseball, seemingly for good.

I declined an invitation to play in a league with some fantasy experts and baseball writers this season, not just to spare myself embarrassment, but because I wouldn't want to play in a league with people like me. Instead of recoiling completely, though, I put the ball back on the tee, joining a head-to-head league with a snake draft. I pledged to give fantasy baseball a fair shake, promising to remain committed and engaged for the full season.

In the weeks prior to the draft, I spoke with fantasy experts, getting their opinions of draft strategies. Most were shocked to learn that I wasn't into fantasy, and a couple of them made me feel self-conscious when I admitted that I was in a non-competitive non-auction league, like I was playing with training wheels. I used Twitter as my open forum for asking key fantasy questions like, How long can you really wait to draft starting pitchers? and Is it okay to concede Wins and Saves in order to strengthen your offense in a head to head league? I read Rotowire on conference calls, pitching guides in the bathtub, and reports on minor-leaguers on airplanes. On draft day, I promised myself that I would remain committed to the Morneau After Pills (I kept the same name, which may be a fantasy faux pas) for the entire season. 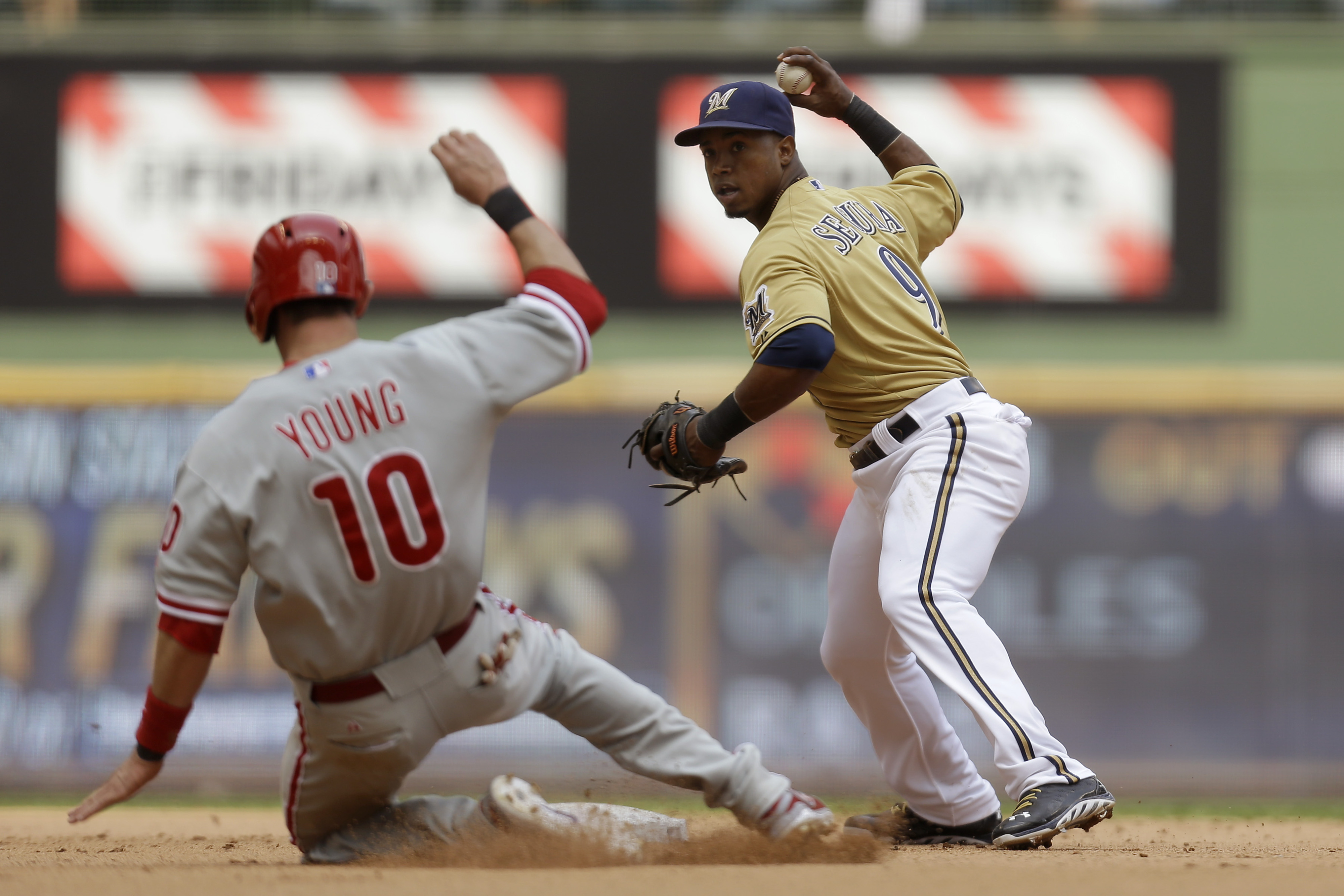 Ten weeks into the season, I've kept good on that promise about 90 percent of the time.

The first four weeks were brutal. I was traveling a lot, changed jobs, and had an extended vacation. I was more attentive than I had been in the past, but I wasn't exactly managing my pitchers like Tony La Russa, either. It got better, though. Now, I consistently max out on trades and roster moves, and I'm remembering to do the simple things like putting my injured players on the disabled list. I've tried to make my team better, noticing which categories I consistently lose, and I've been smart enough not to accept trade offers like Jean Segura for Yu Darvish. It wasn't until I willingly stayed up well past my bedtime one Sunday to grab Yasiel Puig for my team that I realized I was fully engaged, committed, and finally having fun.

Still, The Pills aren't doing well... 12th out of 14th in the league, currently 3-5-2. I don't have a closer (or saves) since Chris Perez got injured, and despite having good starters, they aren't getting enough Wins. I could use more stolen bases, too, but my biggest fault now is that I see the upside of everyone on my roster, too attached to trade any of them. I won't win this year; it's impossible in this rebuilding season, but I've finally found a connection to the game that so many found organically. The best strategy going forward will be to remember that fantasy baseball isn't a game of instant gratification. It's a marathon, not a sprint.

But even as my depth of knowledge grows for fantasy baseball, I will still admit that I don't understand the appeal of most games, especially ones that require a lot of strategy. I'll continue to play fantasy baseball, but I'll still be more likely to play quarters than backgammon and darts instead of Settlers of Catan.

At least I finally understand what all the fuss is about.