Share All sharing options for: Trade-deadline buyers and sellers part 1: Catcher and first base

The trade deadline has existed since 1923. The year before, the Yankees and the Giants were in tight pennant races with the two St. Louis teams, the Browns and Cardinals, respectively. Looking for an edge, the Yankees exploited their close relationship with Boston Red Sox owner Harry Frazee to replace their fading third baseman, future Hall of Famer Home Run Baker, with the more sprightly Jumping Joe Dugan. The Giants also made a trade with their Boston counterparts, sending three players and $100,000 to the Braves for starting pitcher Hugh McQuillan.

Both moves were looked on as terribly unsporting. In those days, teams largely did their trading in the offseason and then played the hand they had dealt themselves, not trying to overturn the winter's verdict with fresh faces. That there was something unseemly about the Yankees-Red Sox relationship (Dugan was approximately the 432nd player the Yankees had taken from the Red Sox, a chain that began with Babe Ruth) no doubt entered into the bad feeling as well. Things actually got violent for the Yankees when they next played in St. Louis, with center fielder Whitey Whitt getting knocked out by a bottle to the head.

Both New York teams won the pennant, the Yankees by only one game, and that increased the bad feelings around the deals (that neither of the acquired players was all that good seems not to have entered into it). At that point, Commissioner Landis created the first trade deadline, June 15.

Today, the non-waiver trade deadline is set for July 31. The later cutoff is meant to give teams more time to improve themselves, but it actually diminishes the value of a deal: the later a team gets a player, the less time that player has to impact the pennant race. Just to pick one example, by the time the Angels picked up Zack Greinke last July 27, they already had 100 games in the books. One-third of a season isn't much time for even the best players to do much.

Still, teams are hesitant to jump out early, waiting for problems to resolve themselves with the tools on hand or hoping that their position in or out of the pennant race will become clearer. The second wild card has made this process of self-assessment harder than it ever was. Right now, there are four teams in the AL within six games of the wild card leaders (the Rangers and Yankees) and two in the National League (the Reds and Pirates). It's not too early for those teams to consider themselves solidly in it or the rest of the teams, the 15 with less than a 40-percent chance of making the postseason to cut their losses. What follows is the first of a three-part position-by-position look at what the contenders might need and who might have the depth to make a deal. The conversation may be premature by the standards of the trade deadline, but not for those teams truly wanting to recast their fates. 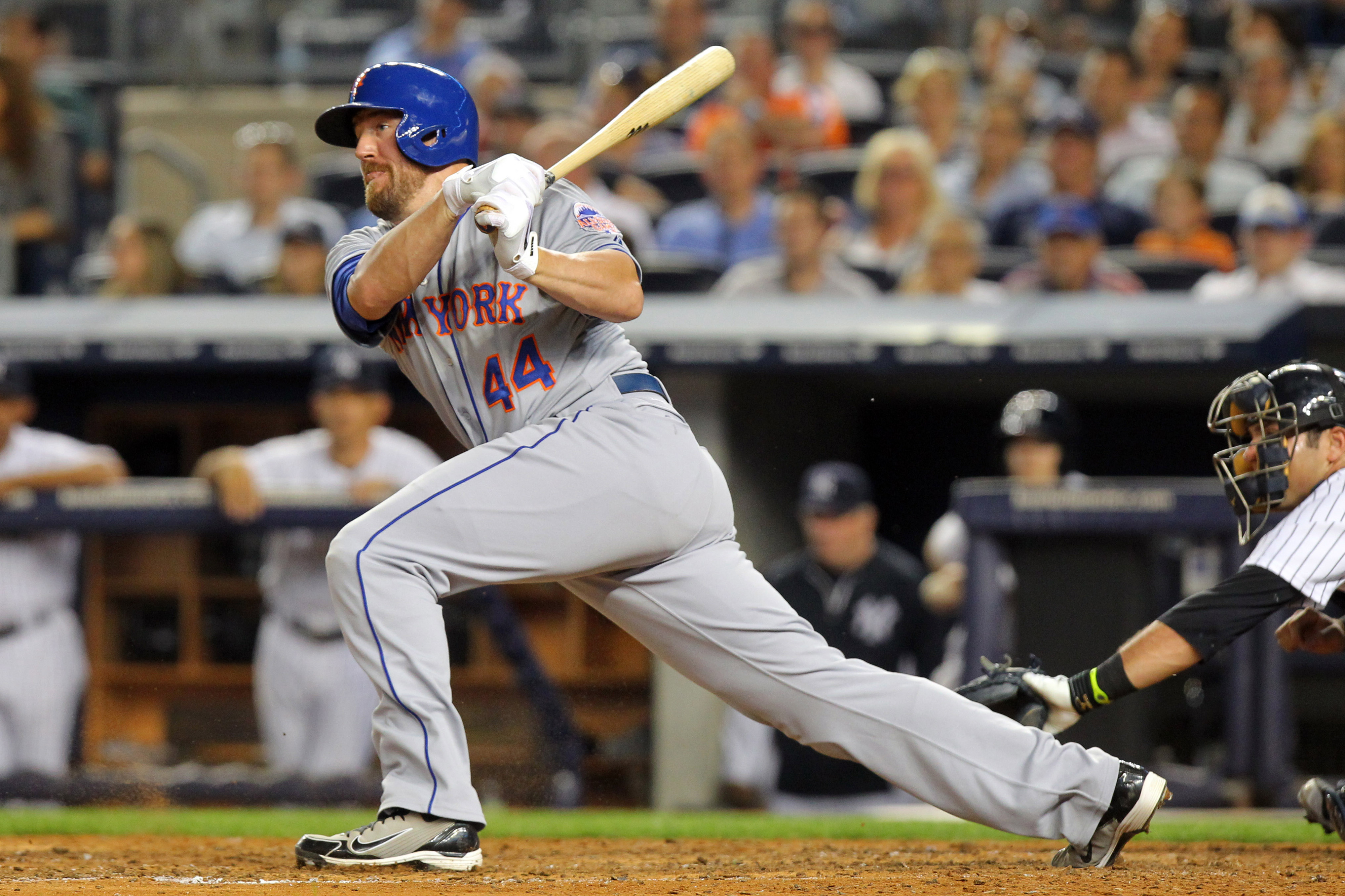 Alex Avila seemed to establish himself as a force behind the plate with his .295/.389/.506 season in 2011. The power and 50 points of batting average vanished last year, but 61 walks in 116 games meant that Avila was still contributing. Now everything is gone and shows no signs of coming back. Reserve Brayan Pena has hit well but there's probably not much more where that came from. The Tigers have a few interesting backstops in the minors (James McCann, Ramon Cabrera, Bryan Holaday), but none of them look like they'll hit much -- though, they might hit better than that. The club may be more focused on a closer given the adventures they've had in the late innings, but an upgrade at catcher might actually pay dividends in both regards -- more offense means fewer close games.

The Reds have received the second-worst production in the majors from their catchers. They have two perfectly serviceable players in Ryan Hanigan and Devin Mesoraco, but the former has been in a season-long slump, perhaps due to injuries. Mesoraco, who hit .289/.371/.484 at Triple-A in 2011, was considered a top prospect as recently as last year, but Dusty Baker has shown little interest in playing him, giving him as many as three consecutive starts just once this year. Even when Hanigan was out, Mesoraco was frequently benched for sub-journeyman Corky Miller, a career .187 hitter. Walt Jocketty has never been shy about making moves, and the Reds have good pitching depth in the minors, so a deal is always a possibility.

The Yankees have gotten good results out of Chris Stewart, who at .282/.336/.369 is hitting at the top of his range. That's not a lot, but with his pitch-framing skills he makes a contribution. The same can't be said about rookie reserve Austin Romine, but Francisco Cervelli is expected back off the disabled list at the end of the month -- assuming the Biogenesis monster doesn't eat him first. Yankees ownership has seen what fielding a lackluster lineup has done to their teams marketability, and while the Yankees may have a long-term solution at catcher in High-A backstop Gary Sanchez, if the Steinbrenners free Brian Cashman's hands, this may be one place the Yankees can make a high-impact deal.

Normally you wouldn't expect a contender to dump a player at the deadline, but Brian McCann is going to be a free agent at the end of the season and even though Evan Gattis's on-base skills might be found wanting over the remainder of the season, he's hit well enough to make the gamble worthwhile if the team could get a good return on a McCann rent-to-buy. What makes a deal hard to predict is the team's roster. The Braves certainly have needs, but they're also locked into most of their players, for good or ill. With Eric O'Flaherty and Jonny Venters both Tommy John cases, you could make an argument that they could use another veteran lefty in the bullpen, but it's not (or shouldn't be) a bleeding need with Luis Avilan and Alex Wood in the majors. Alternatively, the Braves don't have to trade for need -- they might be the rare contender that can add to its prospect depth by dealing off a veteran in the midst of a pennant race.

The Mets, going nowhere in a hurry, have a veteran to deal in ol' John Buck, a free agent at the end of the season. John Buck hit 10 home runs in his first 25 games, hitting .263/.294/.611 along the way. Since then, he's hit .175/.259/.227 with one home run in 108 plate appearances, and one gets the sense his persistence in the lineup is largely due to Travis d'Arnaud being hurt. Buck isn't much of a hitter, but with .234/.301/.406 career rates, he could be an offensive upgrade for a team in even worse straits. It seems doubtful he would bring much. D'Arnaud is recovering slowly from a broken foot, but at some point in July he should make Buck's expendability a practical reality.

I include Twins face-of-the-franchise Joe Mauer here just to honor the annual discussion as to whether the Twins should attempt to push their rebuilding along by dealing their batting title-winning catcher. Given Mauer's full no-trade protection and the $23 million he's owed annually from now until through 2018, the point is probably moot. 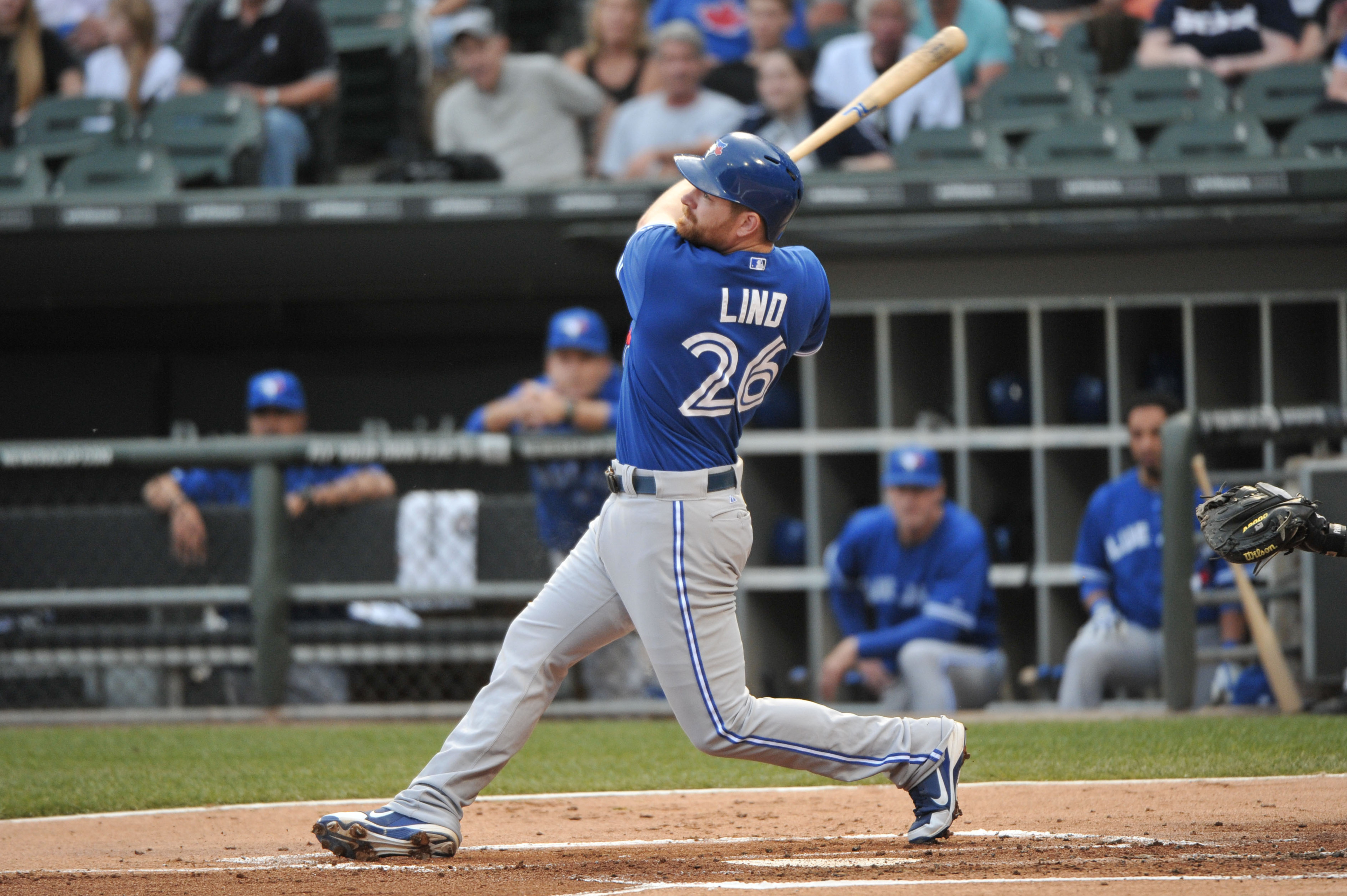 First Base-Designated Hitter
Possible Buyers: Rays, Tigers, Orioles.
Possible Sellers: Blue Jays, Mariners
It's hard to be a contender without decent production at first base (it happens, of course, but it's much easier to get your production from the traditional spots), so the teams at the top of the standings are either taken care of in that department, have players returning from injury (the Yankees with Mark Teixeira), or players that promise to be better in the future (the Giants, say, with Brandon Belt). The average big-league gatekeeper is hitting .264/339/.439. Until Brandon Moss's recent surge the A's were a little below that mark, but with Moss hitting three home runs in his last two starts and platoon partner Nate Freiman chipping in a few singles, that's no longer true.

Rather than consider first base in a vacuum, let's also consider designated hitter as part of the equation. Several contenders have gotten surprisingly little from their various DH-men, including the Tigers (.243/.294/.358, primarily from Victor Martinez), the Rays (.183/.293/.322 from Luke Scott and assorted others), and the Orioles, who at .181/.254/.354 have had the worst output on the circuit. In this regard they have been greatly aided, if that's the word, by Steve Pearce and Nolan Reimold, who have combined to hit .152 with four home runs in the role. Reimold is on the disabled list with a strained hamstring, but is expected to go on a rehab assignment soon, so... hooray? V-Mart has heated up a bit recently and is signed through next year, so the Tigers will probably continue to give him rope. The Rays should soon have their outfield-DH situation crowded by Wil Myers, so they might not be in any rush to upgrade either.

Still, if the Blue Jays stay out of it they will have an interesting choice to make with Adam Lind. After three years at roughly the same level (.246/.296/.428 overall), Lind is hitting again, carrying .3445/.418/.540 rates into Thursday. He's added a new selectivity to his repertoire -- last year he took 29 walks in 353 plate appearances; this year he has 23 in 189. His services are under club option for the next three years at relatively low prices -- for example, next year, he has a $7 million option or a $2 million buyout. Getting a 900 OPS for a marginal cost of $5 million is something of a no-brainer, but if you're the Jays, do you bet on the player showing consistency at this high level when he's never shown any at all throughout his career, or do you try to cash in by flipping him?

Mariners first baseman/designated hitter Kendrys Morales will be a free agent at the end of the season. At .292/.351/.465 he could be dangled for the pitching or offensive depth the Mariners need.

Next: The rest of the infield.

• How much security at the ballpark is enough?