Why don't teams trade in June?

Having a player for an extra month would mean a great impact on the pennant races, but there are a quartet of strong reasons for waiting.

Share All sharing options for: Why don't teams trade in June?

I shouldn't be complaining, I tell myself. It's baseball season, and baseball is my favorite thing that isn't my wife, my children, or ice cream -- and sometimes it even beats out my children. There are games every single night and most days. There are compelling rookies like Zach Wheeler and Wil Myers, and even the Twins haven't been nearly as awful as I thought they were going to be. As of this morning, eight of the fifteen teams in the National League are within three games of their division lead. I should be satisfied, but the truth is I'm kind of bored.

It's like this every June. While July is full of wheeling and dealing, as contenders try to upgrade their rosters, teams are relatively idle in June, much to my frustration. Since 2008 there have been just 31 deals in June, many of which are just conditional deals, or players who have been designated for assignment and subsequently exchanged for players to be named later. For instance, this month, Pedro Ciriaco fell out of favor in Boston and was designated, but rather than release him for nothing, they shipped him off to San Diego for cash. Ditto for Eric Young Jr., who got sent from the Rockies to the Mets for organizational soldier Collin McHugh. Yawn.

In fact, since the start of 2008, we've only seen five real trades of significant major league talent out of the 42 deals made in July. In a 2009 challenge trade, the Pirates sent Sean Burnett and Nyjer Morgan to the Nats for Joel Hanrahan and Lastings Milledge. In 2009, the Cardinals got Mark DeRosa from the Indians for Chris Perez and another minor leaguer. The next day, the Nats got Mike Morse from the Mariners for Ryan Langerhans. Then in 2010, the Mariners tried (and failed) to fix their putrid offense by trading two players for Russell Branyan. Finally, last year the Red Sox found themselves with two third baseman and sent Kevin Youkilis packing for the White Sox in exchange for two guys, neither of whom are still in Boston's system. That's it. That's the sum total of high-stakes trading in June the last five years.

Why, Lord, why? Why do teams forsake me in June? Isn't it a no-brainer for a contender that having a player for three or four months is a whole month better than having them for two to three? Why wouldn't teams be more aggressive earlier in the season? There seem to be four reasons: 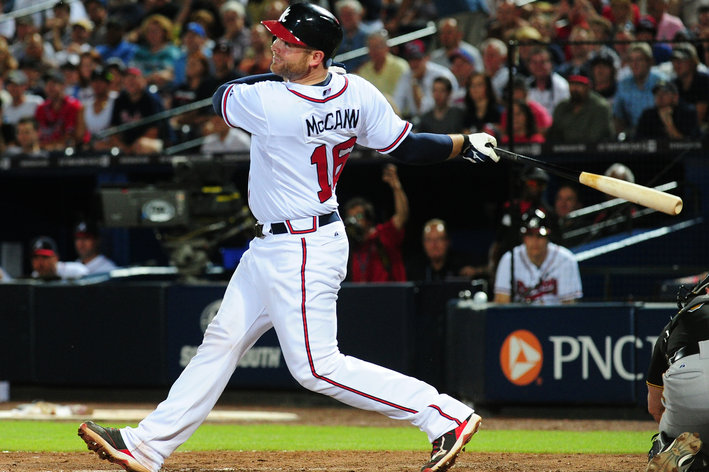 Buyers or Sellers?
As I pointed out above, the NL is particularly tight this year, with eight teams currently vying for five spots. That situation is more likely to happen when teams have played a relatively small number of games, given they haven't had time to separate themselves into contenders and pretenders. The same is true in the AL East, where every team is in spitting distance of .500. Indeed, according to Baseball Prospectus, 15 teams still have at least a 20-percent chance of making the postseason. Teams simply can't afford to walk away from those odds this early in the year, especially when a good run could send their chances flying far higher. Last year at this time, after all, the Tigers were in third place in the AL Central, a game under .500. They finished the year with 88 wins and eventually won the American League pennant. The Dodgers had the best record in the National League on June 21 last year and wound up missing the playoffs entirely. There's so much baseball left to be played, and it can be hard to tell whether you should be selling or buying.

The Draft
While the draft inherently has almost nothing to do with trading players mid-season (after all, you can't trade a draftee until he's been in your organization for at least a calendar year), the Rule 4 draft does play a significant role in why teams don't generally execute trades early in the month. Preparing for the draft is hugely important and requires the efforts of evaluators and decision-makers who might otherwise be scanning the league for trade possibilities. What's more, even after the draft, a front office needs to work quickly to sign its picks within the 30-day window before they lose them. The draft is a huge distraction, is what I'm saying, and it takes time for organizations to shift their focus back to the major league side of their operations and to coordinate with other clubs trying to do the same.

Hope and Money
Hope is an essential part of driving attendance. Sure, fandom is important, but the prospect of seeing a win likely means the difference between a family of four going to one game a year or three games. After all, it's more fun to feel like you have a chance of seeing a winner and it makes the ticket, food, and parking seem more worth the price. So when a GM takes away some of the hope for a season, or even for an individual game, that can have real consequences for a club's bottom line. As Steven Goldman pointed out to me, teams get a big rush at the gate in June when kids are released from school, and (I have to quote him here), "If you deal Don Syphilis on June 15 instead of July 31, maybe your gate collapses six weeks earlier than it would have, because all the kids want to come out to the park to catch Syphilis."

Consider Felix Hernandez. The Mariners ace has pitched six times at home in 2013 so far, three of those on a Tuesday, Wednesday, or Thursday. So far in 2013, during these midweek games, Seattle has drawn just 13,653 fans per game in which King Felix isn't on the bump. When he is pitching, however, their attendance shoots up to 18,064. Conservatively estimating that every one of those extra fans spends around $40 on the tickets, food, drink, and merchandise in the park, that's over $175,000 in the Mariners' pockets every time Felix pitches, at least in part because of his star power and because they are a fundamentally different team when he is on the mound. Not that Felix is available (he's not), but if he were you would perhaps expect the M's to try to wring as many starts out of him as possible before shipping him off, especially when it's not entirely clear that teams who make deals earlier "earn" more return on the trade market. 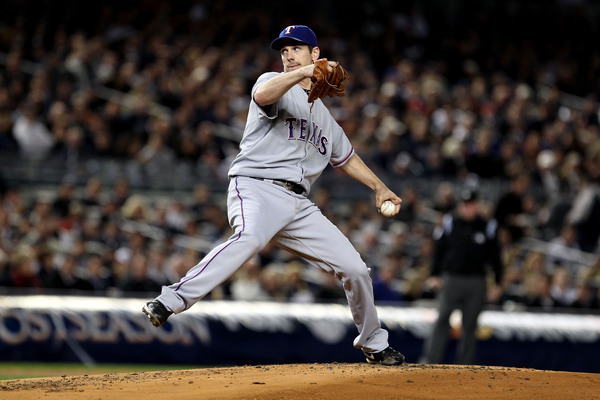 The Return
Really, there have been only two big trades early in July since 2008. That year, the Indians traded CC Sabathia to the Brewers on July 7, and in 2010 the Mariners sent Cliff Lee to the Rangers on July 9. For Sabathia, the Indians wound up with Matt LaPorta (Baseball America's #23 prospect at the time), former first-round draft-pick Zach Jackson, a reliever in A-ball, and Michael Brantley, who wasn't tearing it up at Double-A. For Lee, the Mariners ended up with Justin Smoak (then the #13 prospect in baseball according to Baseball America), former first round pick Blake Beavan, a Double-A outfielder, and minor-league-reliever-with-a-rap-sheet in Josh Luecke. That's a shockingly similar return for two bona fide aces with similar contract situations, traded two years apart.

But when Lee was traded to the Phillies from the Indians on July 29 in 2009, Cleveland netted Carlos Carrasco (the #52 prospect), Jason Donald (the #69 prospect), a prospective backup catcher in Lou Marson, and a former second-round pick, Jason Knapp, who was ranked #64 by Baseball America during the next offseason. Two days later, the White Sox got Jake Peavy for four pitchers, including the #63 prospect, Aaron Pereda, and a major league pitcher, Clayton Richards. In 2010, Dan Haren was acquired by the Angels for a slew of pitchers that included current phenom Patrick Corbin, top prospect Tyler Skaggs, and actual major league pitcher Joe Saunders. It's just not at all clear that dealing a player earlier gets you much, if anything, in terms of extra talent, so there's virtually no incentive for dealing a player earlier.

I want the end of June to be less boring. I want more deals to analyze. But it's just hard to see how there's ever going to be any incentive for teams to do that, given the myriad reasons to hold off. Maybe I'll get lucky and there will at least be a manager fired.