As we move towards the annual July 31 swapmeet, here's a primer for how to get the most out of the buildup to the big day.

If you're waiting for trades to shake up the races, June can be monotonous. But we're almost to July, and to all the intrigue and rumor-mongering and wheeling and dealing that the build-up to the July 31 non-waiver deadline entails. It's exciting, but be careful-it can be rough out there in July. Here is your handy-dandy trade deadline survival guide.

What is the trade deadline?
It's the drop-dead date at which a team can trade a player... except that it's not. Teams can trade a player at any time during the season, even in September (though those players won't be eligible for the postseason). After July 31,however, teams can only trade a player who has passed through waivers unclaimed, or alternatively can trade a player who was claimed to the team that claimed him. This is generally a lot harder to do, as the majority of players a team might want get claimed, and the teams claiming them may not be a good match. In addition, potential selling teams may put a player on waivers merely to test the waters without really intending to trade him. At that point, they can pull the player back -- and once that happens, he's off the market for the rest of the season.

Some contenders make a ritual of claiming players without intending to trade for them so as to block them from being traded to a competitor. There is some risk in this -- a claim is binding, and the selling team may have the option of saying, "You wanted him? He's yours!" and suddenly the claiming team is the owner of something expensive they didn't really intend to buy. Thus did Jose Canseco become a New York Yankee in 2000. In this way, competitive teams spend all of July running between potential sellers like Wal-Mart shoppers on Black Friday.

MLB Daily Dish is one-stop shopping for all your Trade Deadline needs.

Has there always been a trade deadline?
Yes and no. The trade deadline has been around in one form or another since 1917, when the National League set theirs for August 20. The American League set their own in 1920 for July 1, because the AL and NL were largely separate entities at this point and because everyone loves chaos.

Didn't this get in the way of teams trading between leagues?
Well, it would have except teams didn't really trade much between leagues, given that a player would have to pass through waivers in his own league before he could be shipped to the other one. The trade deadline wasn't always so much fun, is what I'm saying.

Then what?
In 1922, the leagues agreed to make the trade deadline June 15. This came after both New York teams made in-season deals that were seen as damaging the integrity of the pennant races.

Ok, so why even have a trade deadline?
See, now you're asking good questions. The trade deadline was created essentially to protect the integrity of the pennant races and World Series, so that the teams who represented each league would be the same club that played in the championship. The New York Times wrote, just before the 1917 NL meetings, "It is pointed out that the pennant contenders have been able, in the past, to strengthen their clubs at the expense of the weaker teams, who have been influenced to dispose of star players only for mercenary reasons. The practice, it is declared, has been detrimental to the best interests of the sport."

Think about it. It would've been kind of unfair if the Tigers had been able to add Mike Trout and Felix Hernandez just before the playoffs last year, wouldn't it? That's actually, by the way, what essentially happens in the Caribbean World Series, where representatives from each winter league can do whatever they want to their roster before the tournament starts. 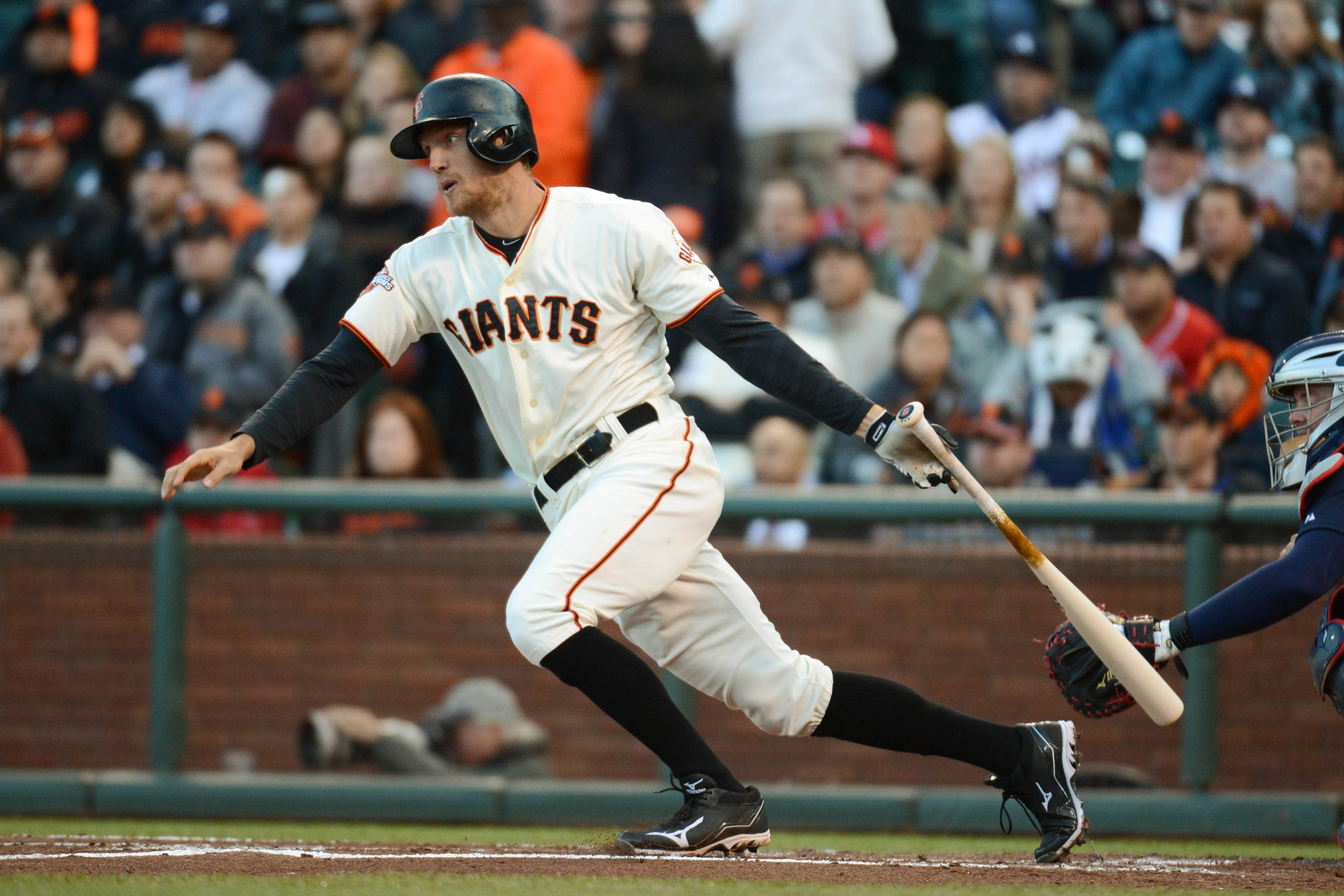 Ok, but can one or two players really make that much of a difference? We're only talking about two months, here.
That's a good point, especially since some of the deals backfire. In 2009, the Tigers picked up Jarrod Washburn from the Mariners to try and stave off the charging Minnesota Twins, but Washburn tried to gut his way through a knee injury and finished with a 7.33 ERA in eight starts. The Tigers lost four of those eight starts, and the Twins beat them in game 163 to earn the right to be slaughtered by the Yankees.

Last year, the Rangers and Giants acquired Ryan Dempster and Hunter Pence to fill holes in their rotation and outfield, respectively, and got incredibly little return on their investment. Nevertheless, they both made the postseason. Meanwhile, the Pirates acquired Wandy Rodriguez from Houston and he pitched well, but not well enough to stop Pittsburgh's second annual slide out of playoff contention. So, yes, sometimes these trades can have virtually no impact, or even a negative impact, on the pennant race. Even if a team "wins" a trade, they can lose.

Wow, that sucks. So the trade deadline is lame and I shouldn't pay attention to it, is what you're saying? Or at the very least, I should be filled with dread?
First of all, I'm pretty much always filled with an existential dread of what's to come; so I'm probably the wrong guy to ask about that. Second, that's not what I said. It doesn't have to be a bad thing, but it can be. The Angels gave up Jean Segura, who has been one of the best shortstops in baseball this year, to get Zack Greinke for last year's stretch run, but they missed the playoffs and didn't even wind up getting a compensation pick for Greinke under the new Collective Bargaining Agreement. There's an element of risk involved in any trade deadline decision, but most of it is borne by the contending teams adding players. If a team is bad, and deals a handsomely-compensated veteran, it can still "win" the deal, even if the players they got back don't work out.

But the deadline isn't just about the bottom line. It's is also filled with dramatic tension, and it's fun to see where players will be going and what teams got in return. And of course, sometimes, the outcome can have a major impact on both the regular season and the postseason. Anibel Sanchez was a stalwart for the Tigers last year after they acquired him from the Marlins, and posted a 1.77 ERA in the postseason, while Omar Infante stabilized a terrible situation at second base. What's more, it's not entirely clear the Tigers are going to regret losing the prospects they gave up. Marco Scutaro, acquired by Brian Sabean for a pittance last year, hit .500 in the NLCS to lead the Giants to a seven-game win over the Cardinals. Deals like these seem to happen every year -- a contending club picks the right player at the right time and reaps incredible benefits when the games are most meaningful.

Alternatively, though we can't know it at the time, sometimes a team walks away with a future Hall of Famer. Probably the best deadline deal of all time came in 1964, when the Cubs and Cardinals made a multi-player deal that saw third-year regular Lou Brock head to St. Louis. Brock exploded with the Cardinals, helping drive them to the championship by hitting .348/.387/.527, then went on to a Cooperstown-worthy career that included 3000 hits.

What big names are likely to move this year?
The answer to that will become clearer in the ensuing weeks as more teams fall out of the race, but the existence of the wild card has made it terribly difficult for teams to commit to being buyers or sellers. Still, we can sure that we'll at least hear a lot about pitchers like Cliff Lee, Bud Norris, Ricky Nolasco, Scott Feldman, Jonathan Papelbon, and Yovani Gallardo moving, as well as position players like Kendrys Morales and Justin Morenau. Again, hearing about them isn't the same as knowing they'll move -- at the smoke deadline, smoke doesn't necessarily indicate fire.

Ok, you've convinced me. How should I follow along?
Why Twitter, of course. If you don't have one, open an account and make sure to follow your local beat writers, who generally have the best idea what's going on on the ground for your favorite team. Also, make sure to follow national reporters like the inimitable Ken Rosenthal of Fox Sports, Buster Olney and Jayson Stark of ESPN, living legend Peter Gammons of MLB.com, and Jon Heyman and Danny Knobler of CBS Sports. That's a good start. Also, make sure you're following us and MLB Daily Dish. You'll also want to follow the prospect mavens like SBNation's own John Sickels, ESPN's Keith Law, Baseball Prospectus's Jason Parks, and damn near everyone over at Baseball America, so you can find out about the prospects who get dealt.

So I'm ready, right? Anything else I need?
Yes. You need a bullshit detector. At least three quarters of the rumors you hear are not going to pan out. I won't single any particular reporter out (especially since they all do it), but get ready for a bunch of stories about how the Giants, Pirates, Rockies, Indians, and more are "kicking the tires on" or "discussing" certain pitchers. Most of that is worthless. Teams "discuss" virtually every player who is available. What's more, teams may be using one team's player as a smokescreen to increase their leverage and drive down the price on another one. 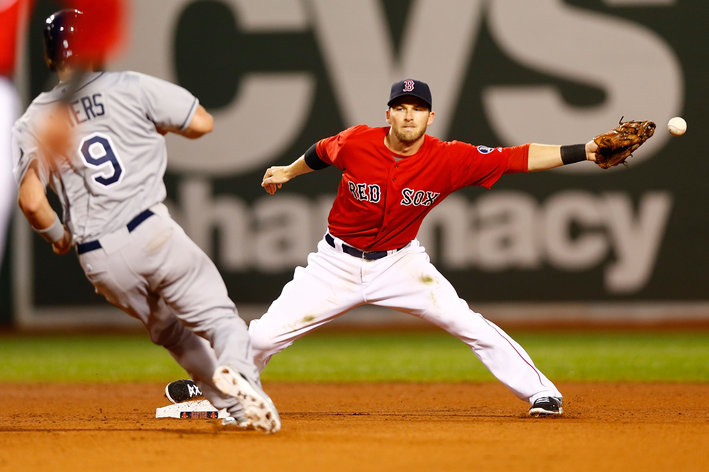 Multiple teams will allegedly have interest in a particular player, but only one of them can get him. Like last year, Francisco Liriano was connected, in varying degrees to the Yankees, Mets, Braves, Nationals, Angels, Blue Jays, Red Sox, Orioles, Cardinals, Reds, Padres. He wound up being traded to the White Sox. Take every report with a grain of salt, think about the context of any potential rumor. What other teams are involved? What's the player's contract situation? What's the reporter's reputation? What have teams done in the past? What do they have in their minor league systems?

If the trade deadline sounds complicated, that's because it is complicated, especially if you're not used to following it closely. What looks from the outside like a series of fairly straightforward exchanges turns into 007-esque levels of international intrigue. As more and more people become savvy to the twists and turns of the deadline season, it becomes more and more like an annual baseball soap opera we all get to watch unfold, and dissect the plot points in real time online. Just know before you get into it that it's going to simultaneously frustrate and thrill you for the better part of a month, and proceed from there. And look on the bright side, at least we'll be out of June.

• The butterfly effect of Carlos Lee and the NL West

• Giancarlo Stanton not on the block, supposedly

• Why don't teams trade in June?