Corey Hart, the worst first basemen ever, and the wrath of the gods

The Brewers let an imprecise projection on Corey Hart's return lead them to the worst output by a team's first basemen since dinosaurs walked the earth.

Share All sharing options for: Corey Hart, the worst first basemen ever, and the wrath of the gods

In August 1997 I was frustrated with Tony Gwynn. The increasingly chubby perennial batting-title winner entered his age-37 season with nearly 2,600 career hits, and I was already looking forward to his assault on 3,000. The problem was that between baseball playing Russian roulette with strikes and lockouts and Gwynn's frequent injuries, he hadn't played anything like a full season in years. After 1989, Gwynn never played 150 games in a season, and after 1990 he played in 140 games just once in the 11 seasons remaining to him.

Hitting .338 in a 20-year career will certainly speed you along to some big hit totals, but not if you're never on the field. That's why, when the news broke that Gwynn would be sidelined by kidney stones, I felt so frustrated. He was having a great season, hitting over .400 until mid-July, and at .383 there was still a chance he might get back there. Missing time for hamstring pulls, sprained knees, or broken fingers I understood, but kidney stones? "Come on, Tony, man up!" I shouted at my television set.

I was young then, ignorant and stupid. Gwynn missed five days, hit .340 the rest of the way, and finished at .372. As for myself, I had attracted the notice of vengeful gods with my lack of empathy. A few years later I experienced firsthand what having kidney stones is like. For those that haven't had them, a point of comparison might be instructive: I am told that the level of pain is comparable to that of childbirth or a gunshot wound.

On Tuesday, Kyle Lobner of our sister site Brew Crew Ball had a thought-provoking post titled, "Can we be honest about Corey Hart?" Due to Hart's slow recovery January knee surgery and Mat Gamel's own season-ending knee injury, the Brewers have had to do without a first baseman all season. I should say they have chosen to do without one, giving the bulk of the playing time to nominal shortstop Yuniesky Betancourt. This sort-of worked for a while, but Betancourt soon returned to his more typical, non-hitting form. More recently, the team has been going with former Braves third baseman Juan Francisco. The latter at least has the distinction of having been a productive hitter in the past, if not by the standards of first base. Alas, he hasn't hit at all for the Brewers, and as a group the team's first basemen were hitting an incredible .180/.222/.284 heading into Tuesday's games. Juan Francisco's 2-for-3 with a home run against the Cubs doesn't dramatically change that state of affairs.

Take a moment to savor that number. It doesn't speak to the incompetence of any of the six players who have compiled it, but rather to the sheer negligence of an organization that had a couple of injuries and couldn't find a way to shift a bat even half-worthy of the position over from another position, trade for someone else's Triple-A journeyman first baseman (I realize he's failed at every chance he's been given to hit the majors, but flagging down Kila Ka'aihue on his way to Japan would even have been worth a try), or even giving a shot to of their own minor leaguers, no matter how inadequate they might seem under normal conditions. Prospect Hunter Morris is hitting only .238/.333/.475 at Triple-A, but it's hard to believe he could be worse than what the Brewers have had.

This is not the only reason the Brewers are 31-43 -- pitching is a problem too -- but it's a part of it. It's basically the worst performance at first base since the dawn of time (or Ike Davis, who is timeless). 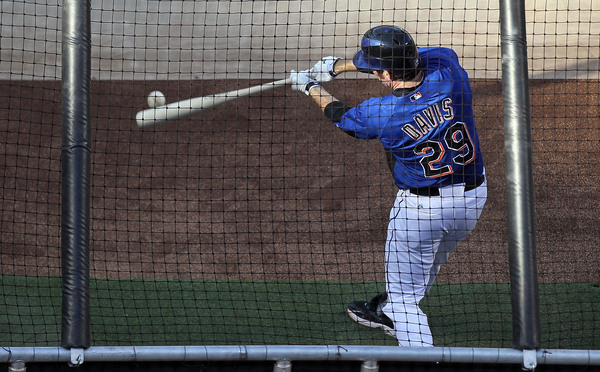 There's nothing remotely controversial about Lobner's post-- any frustration is mostly between the lines -- which merely relates the latest news on Hart: Six months after surgery, he isn't anywhere near returning and that the possibility of his missing the entire season cannot be dismissed. In the original news story, Tom Haudricourt describes Hart as "dejected" and "an extremely frustrated individual." It's easy to see how Brewers fans would feel the same given what they've had to deal with in his absence. First base is one of the most important offensive positions on the diamond, and even if Hart was only going to miss six weeks, once Gamel was no longer an option that was six weeks too many to go with soup du jour instead of a qualified hitter.

Hart's knee problems have been strangely timed two seasons in a row. He missed much of spring training 2012 after undergoing surgery to repair a torn meniscus in his right knee, but he was ready in time for the start of the regular season. This year, that same knee swelled during offseason workouts, and surgery was performed in January, with a projected return date four to six weeks into the season. That has obviously proved to be over-optimistic.

Still, I hope that Brewers fans can have some patience with him for however long he remains with the organization (he's a free agent at the end of the season). Medicine is often an imprecise science, orthopedic medicine more so. At the risk of bringing down the wrath of that sector of the medical profession, over the years I've sought treatment for various injuries in the bone ‘n' muscle line, and if you come in with something short of an outright break, there's often quite a bit of hand-waving as part of the diagnosis and plan of treatment. Here's a soft cast, a heating pad, a prescription for rehab. I got the latter after severely straining my back. I enjoyed the heck out of it. It was like going to a spa -- 15 minutes of heat applied to my back, followed by a deep massage. After that I had to do some stretching, which was kind of like exercise and therefore not quite as much fun, but still, if my insurance hadn't decided that something like 110 visits was really quite enough treatment of one injury I might still be going three times a week.

If only I could have gotten them to come to my house. And bring donuts. That would have been perfect.

But was my back all better at the end of all that? Only somewhat. When I fractured my knee in an ill-advised collision with a wall, when I fell down the stairs and landed on my ankle, bending it at a 45-degree angle to the rest of my leg, did the doctor give me a definite point in time at which I'd feel better? Nope. How long did it take? Both bothered me for years afterwards.

As the foregoing suggests, I wasn't rehabbing with quite the same intensity we would expect of a professional baseball player, which is one of the reasons why Hart's recovery timeline was projected in weeks and months rather than years. It hasn't worked out that way for Hart -- later on Tuesday, Hardricourt provided a further Hart update, reporting that the first baseman's ostensibly good knee is now troubling him. Brewers assistant general manager Gord Ash told Hardricourt that, "One [bad knee] prevents you from working on the other." Hart is not only failing to get better, he's going backwards.

Yuni Betancourt and Alex Gonzalez, first base, and other positional disasters 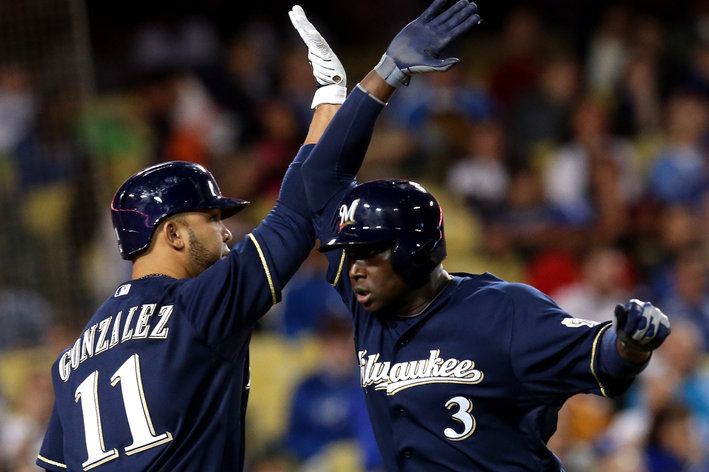 Here's how old I am: I actually remember when first base was where you put your good hitters, and it wasn't terribly difficult to find someone who could man the fort and hit pretty good

Sometimes these things happen, and questioning them can lead to madness. In June 1987, Rickey Henderson, whose game was built around his legs, badly injured a hamstring. Initially projected to be out only a short time, he missed most of a month. Under pressure from his manager and the media, he came back too soon, played badly, and reinjured the leg, missing another month. The entire season became less about the pursuit of the postseason than a referendum on Henderson's injury -- was it real or was he "jaking it." Popular opinion seemed to favor the latter interpretation.

In light of the tenacious way Henderson hung on to his career, playing until he was a 44-year-old shadow of himself, that assessment seems misguided. Even at the time, some questioned whether there was an element of racism inherent in that reaction. I would prefer to think that it was just frustration at knowing how good Henderson was, how much the team's place at the standings depended on his being in the lineup, and having him miss so many games despite the fact that, on the surface, he seemed just fine -- there was no cast, no surgery, just a guy saying that it hurt too much to play. You just had to take his word for it, and some found that they could not.

Hart's situation has no such ambiguity. There was a surgery and a rehab that somehow failed to conform to expectations. For all our advancements in medicine, there's still a good deal of ambiguity to how things work (for an example, see this week's New Yorker about how little we know about the way to treat Lyme Disease). That Doug Melvin and associates took those projections so seriously that they were lulled into a fatal inaction at first base, the most important offensive position, well, that's not on Hart or medicine, that's on them.

To blame anyone else would be hubris, and hubris leads to your getting kidney stones over and over again. Yes, the universe really works that way. Trust me; I know.

• Brian Cashman: A-Rod should "shut the (bleep) up"

• A brief history of Carlos Marmol and the Cubs