The league has found its way out of another hat controversy regarding the depiction of Native Americans.

The controversial Stars and Stripes hats the Cleveland Indians were reportedly set to wear on the Fourth of July are no more. MLB has changed the image on the hat from an awkwardly starred Chief Wahoo to the more traditional block-C design, claiming that New Era Caps simply released the wrong image when the hats first went public, reports Cork Gaines of Business Insider.

Controversy was fast and furious when the Independence Day caps were released last week. Fans were quick to point out the awkward (and potentially offensive) placement of stars and stripes over the image of a Native American caricature, and also made sure to note that image resembled someone adorned in blackface.

The league has released a new image of what the Tribe's more politically correct July 4 hats will now be, but if you look close enough you can still see Chief Wahoo (literally) looming in the shadows: 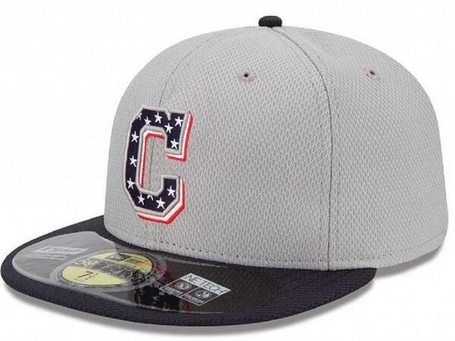 The hat controversy is not the league's first of the season. Fans were very critical of the Braves' proposed batting-practice cap, which featured an old team logo that was deemed racist, forcing the league to go with a different design.