In an unexpected turn of events, the NL Central has been the league's most top-heavy division.

For years now, the National League Central has been an especially underwhelming division, perhaps the most underwhelming division in all of baseball. In the past five seasons, from 2008 through 2012, the NL Central has seen three teams win more than 95 games, but has seen six teams lose at least 95, including four 100-game losers in the past three seasons. The Cardinals have been a wildcard team twice, but with just 90 wins (in 2011) and with 88 wins and the help of a new dual wild card playoff format (in 2012). Going back a full decade, the division has been won with win totals of 88, 83, 85, and 91. The recent history of the NL Central has been mediocrity with one team rising above the fray about half the time.

We might reasonably have thought things would get worse for the Central -- or at least for the top half of the Central -- in 2013, with the loss of the Houston Astros to the AL West. Ben Hoffman recently wrote in The New York Times that the Astros were helping the other teams in the West at the expense of the East, the idea being that the teams in the West suddenly getting to play the lowly Astros 18 or 19 times this season meant that they had an advantage over the four or five strong teams in the East, who would have to play each other 18 or 19 times each while only getting a handful of games against the Astros. If that's true (and it makes sense in theory, though I question how well it's playing out), the opposite should be true in the NL Central: rather than 15 to 18 games against the Astros -- who lost 107 games last season and who most figured to be even worse in this -- the remaining five teams in the Central see those games disbursed among each other and other non-Astros teams, who figure to be much better, both on average and in each and every individual case, than the Astros are; we'd probably expect that the best teams in the Central would see their records come well down, that the already mostly mediocre Central would end up looking even more mediocre without the Astros to kick around anymore.

You'd expect, wouldn't you? Baseball's a funny thing that way. As recently as a week ago, the NL Central boasted each of the three best records in all of baseball: the 47-29 Cardinals, the 46-30 Pirates and the 45-32 Reds, each with a better winning percentage than the fourth-overall, 44-32 Rangers. They weren't beating up on horrible teams, either; the Cubs and Brewers were both on pace to lose about 94, much worthier opponents than 2012's hundred-plus-loss Cubs and Astros. Since then, the Reds have gone just 1-4, but the Pirates and Cardinals remain the two best teams in baseball by winning percentage, and the Reds lead the race for the National League's second wildcard by 4.5 games. Halfway through the season, there's a very good case to be made that the best baseball in all of baseball is being played in the National League Central.

Here are four reasons why that's been happening:

1. The big three have dominated the Cubs and the Brewers. As noted, the division's bottom two hasn't been that bad, but that's because they've held their own against each other, the other divisions, and the American League. Against the Pirates, Cardinals and Reds, the Cubs and Brewers have combined to go 15-42, a .263 winning percentage roughly equivalent to the historically poor, 43-119 Tigers of 2003 and much worse than the Astros were ever likely to do. Take away those games, and the Cubs are 26-25, the Brewers 25-26.

3. The Cardinals are really, really good. One might've expected the Reds to be good; they have a youngish team that won 97 games a season ago, and their current 92-win pace is about what you'd expect of a 97-win team that's losing the Astros. The Cardinals, though? They were good last year, too, with just 88 wins but a run differential that supported an expected 93, and now they've gotten better in a lot of places and gotten worse in very few, and so now they're great. Yadier Molina and new second baseman Matt Carpenter are playing like MVP candidates, Allen Craig is fifth (and virtually indistinguishable from third) among NL first basemen in OPS+. Carlos Beltran hit well last year, and has been even better so far in this campaign. 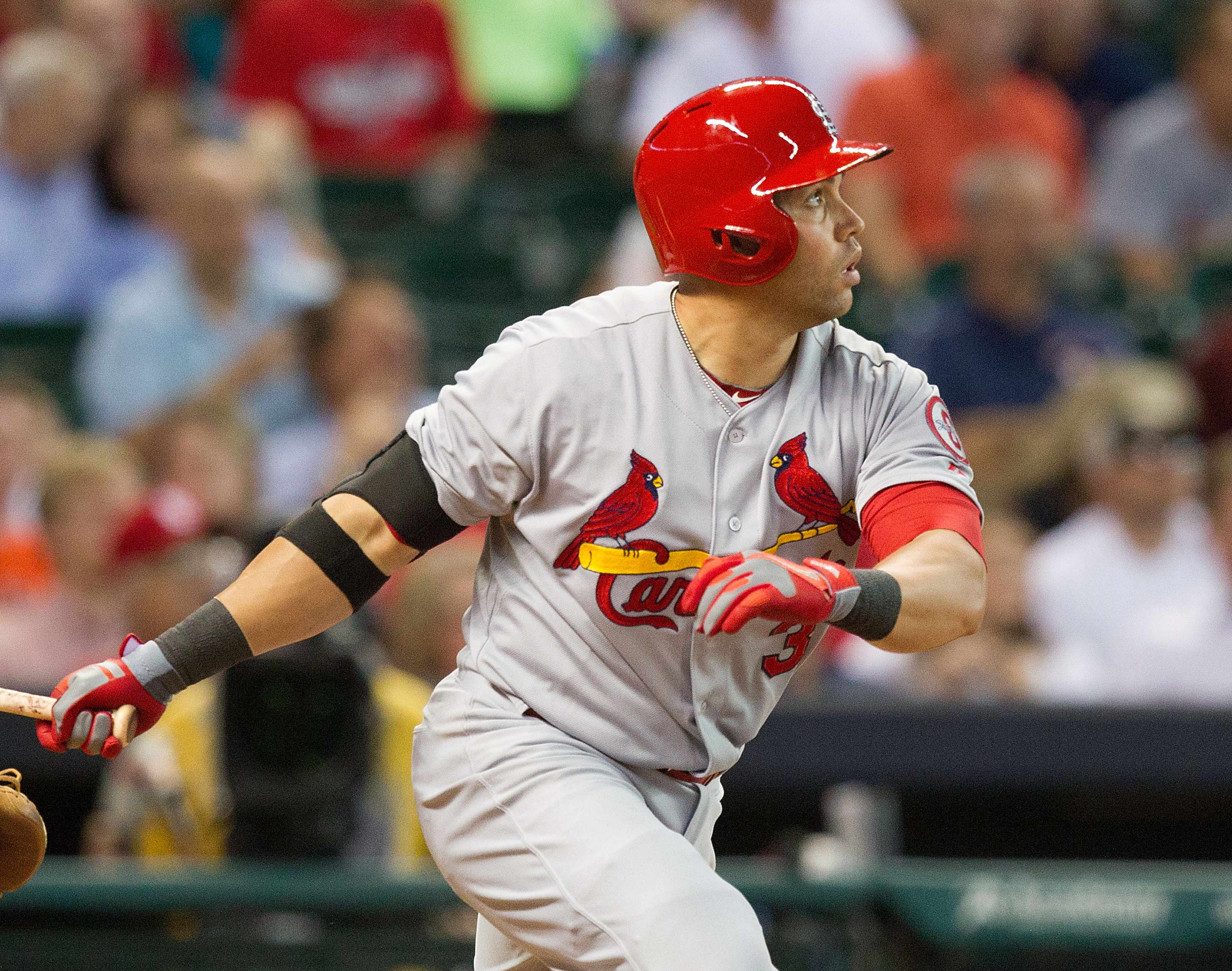 Adam Wainwright and Shelby Miller -- a non-factor and nearly-full-season minor leaguer, respectively, in 2012 -- are Cy Young candidates, the rest of the starters have been brilliant, and Trevor Rosenthal has been one of baseball's most dominant relievers. Add it all up, and the Cardinals lead the National League in scoring and are a few runs shy of leading the majors in runs allowed, and their +112 run differential is 32 runs better than the second-best Red Sox.: this despite playing 14 of their 81 games against the Reds and Pirates. If you had to put money on one NL team to end up on top, I think you'd probably give yourself the best shot by putting it on the Cardinals.

4. But the Pirates are really good, too. I've gone back and forth on this, because it's hard to believe. A year ago on July 1, the Pirates were 42-36, and went 37-47 the rest of the way. And because...well, you know, because they're the Pirates. After Sunday's 14-inning win over the Brewers, however, the Pirates have completed half of their season and stand at 51-30, a 102-win pace, with the majors' best record and a two-game lead in the Central. They're probably not that good -- and probably not as good as the Cardinals -- but their expected record is still 46-35, third-best in the NL behind the Cardinals and Braves, and fifth-best in baseball. There's no reason to believe it's some fluke; their 320 runs scored are just a bit below league average, right in line with their team OPS+ through Saturday of 98 (where 100 is league average), and the pitchers lead the league in ERA; though one method of determining true pitching quality (FIP) puts them more in the middle of the pack, another (FRA) puts them a respectable fourth in the NL.

Will the Pirates' best record in baseball be enough? 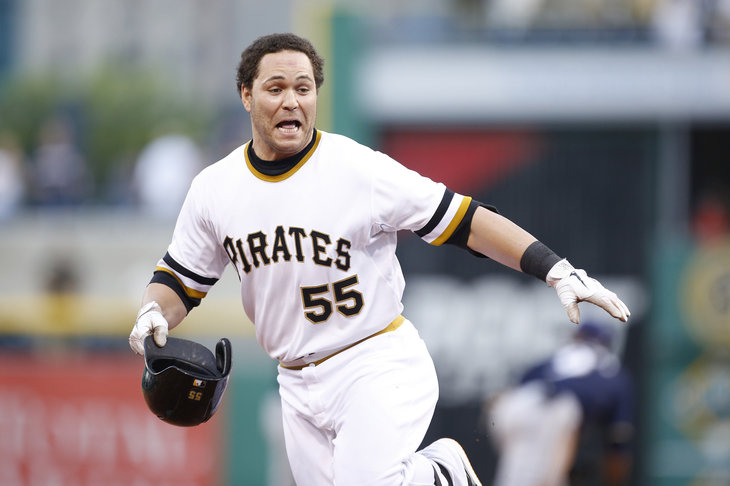 This is a situation that bears further watching, for multiple reasons.

Among the starters, only Jeff Locke seems to be seriously over his head, with an otherworldly 2.06 ERA that ERA estimator FIP suggests should be a merely respectable 3.85. Even if Locke were to come all the way back to earth, Francisco Liriano, A.J. Burnett and Wandy Rodriguez give the Pirates a very solid (at least) 1-2-3 combo, and of course the bullpen, led by Jason Grilli (who FIP thinks has been even better than his 1.81 ERA), is brilliant. Finally, of course, pitching is only part of preventing runs, and it's not like outperforming stats like FIP means the pitchers are just getting lucky; both UZR (used by Fangraphs) and DRS (used primarily by Baseball-Reference) agree that the Pirates as a team have been well above average defensively, ranking second in the NL by the former and third by the latter. All considered, I think the Pirates will hang around; I'll be surprised if they win 102 games, but equally surprised should they fail to win 90.

For most of the last decade, the most interesting teams and races have tended to reside in the East and West. Things have been very different so far in 2013, though, and I think they'll continue to be. The Pirates, Cardinals and Reds are going to be very intriguing teams to watch the rest of the way, even in a league-wide sense given they could all make the playoffs, and might ultimately prove to be the league's three best as well.

• The ins and outs of Yasiel Puig