Determining home field advantage with the All-Star Game is dumb, but so was the old way of doing things.

Whenever someone complains about the All-Star Game determining home-field advantage in the World Series, I like to point out that it's no more arbitrary a system than the previous one, which simply had the leagues alternate from year to year. Neither is a merit-based system with regard to the actual pennant-winning teams, but at least in the current set up you can occasionally get a scenario such as the one we had last year in which Justin Verlander of the eventual pennant-winning Tigers was the losing pitcher in the All-Star game, while Matt Cain of the eventual pennant-winning Giants was the winning pitcher and fellow Giants Mekly Cabrera and Pablo Sandoval delivered the big hits for the National League, driving in five of their eight runs in an 8-0 win.

Yes, it would make more sense to simply give home field advantage to the team with the better regular season record, or even the better interleague record that year. Yet, just because the current system is gimmicky and is the result not of an attempt to make the World Series more fair but to make the All-Star Game more competitive, following the regrettable tie in 2002, doesn't mean it is worse than the system that was in place for most of the 20th century.

That lone World Series to go to seven games in the last ten years is a key example of how home-field advantage in the World Series matters. It's hard to argue that having last licks wasn't crucial to the Cardinals' comeback in Game Six of the 2011 World Series, or that playing at home wasn't a key factor to their ability to carry that contest's momentum into Game Seven. Indeed, the home team has won the last seven Games Seven in World Series history, stretching back to 1982, and in five of those seven Series (1985, 1986, 1991, 1997, and 2011) the eventual winner had a walk-off win at home in either Game Six or Game Seven.

Chris Berman and Pitbull are the Home Run Derby 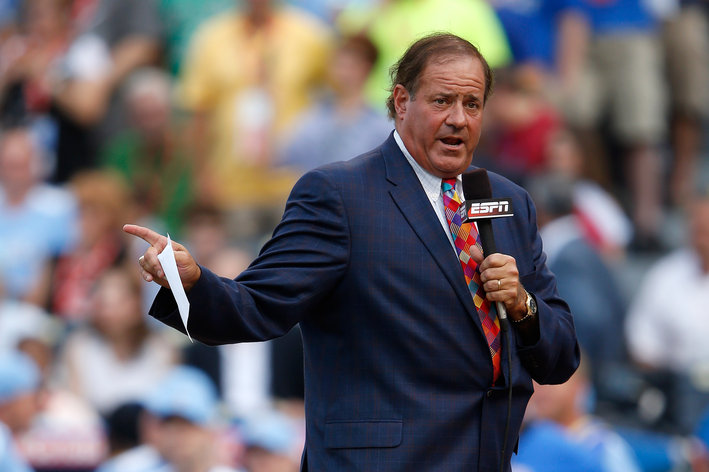 Pitbull is performing at the 2013 Home Run Derby. Chris Berman will be yelling about it on TV. No one really asked for this, and it doesn't really matter. 

Is there a better way to assign it? Of course there is, but I'd rather the Cardinals be the home team in Games Six and Seven in 2011 because a player from their division hit a three-run home run off the Rangers' C.J. Wilson in the All-Star Game that year, rather than because it was simply the NL's turn that year.

• Roth: Pitbull and Chris Berman are the Home Run Derby

• Who are these guys? Meet the 39 first-time All-Stars